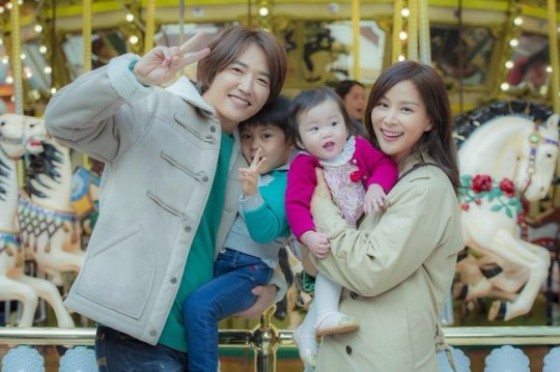 It’s time to check in with mystery-comedy Perfect Wife, the new KBS drama centered around an ordinary housewife, Shim Jae-bok, played by Go So-young(Beat, Gumiho). Shim Jae-bok is the ultimate ajumma who lives for her two children and her indecisive husband, who seems more like a third child than a life partner at times. But as she finds herself immersed in her renewed career and the strange incident that comes her way, she rediscovers the cheerful optimistic woman that was inside her all along.

The Perfect Wife’s husband, played by Yoon Sang-hyun (Shopping King Louis), seems cowardly and petty to others, but he is actually a genuinely nice family man. The actor said about working with Go So-young, who has been on hiatus for over ten years, “In real life, she has a refreshingly direct and cute personality. It’s been comfortable working with her because she’s so considerate.”

Sung Joon (Madame Antoine) plays an attractive lawyer who has ambitious dreams of marrying a rich girl. He seems aggressive on the outside, but he’s actually a sensitive soul with many inner scars. If a woman comes from an affluent family with thousands of acres in her name, he doesn’t care if she’s divorced or if she has children — he’d still marry her. When he’s with wealthy cougars, he’ll even tap into an aegyo act that noonas seem to prefer. However, after a series of events, he begins to develop feelings for Shim Jae-bok, who’s just a temp worker.

In the still cuts, Jo Yeo-jung (Babysitter) is innocent loveliness personified as she plays her character, a woman who has everything: beauty, wealth, and even a great personality. As the owner of a building in Seoul, she has the financial freedom and independence to do as she pleases, which is a complete contrast to Shim Jae-bok’s situation. When the two opposites meet, they become more involved in the mysterious happenings that changes their lives. 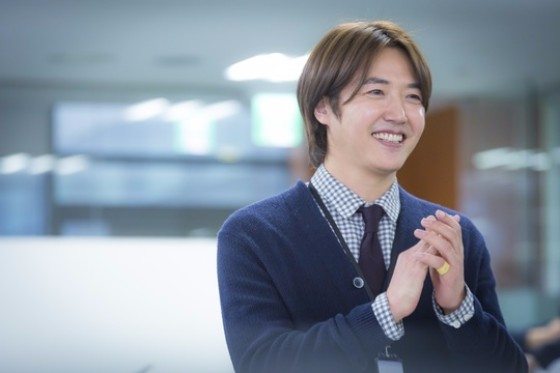 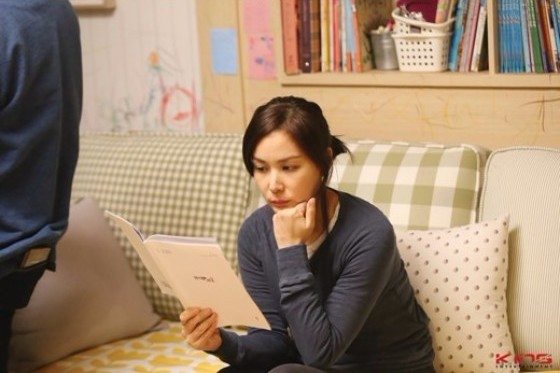 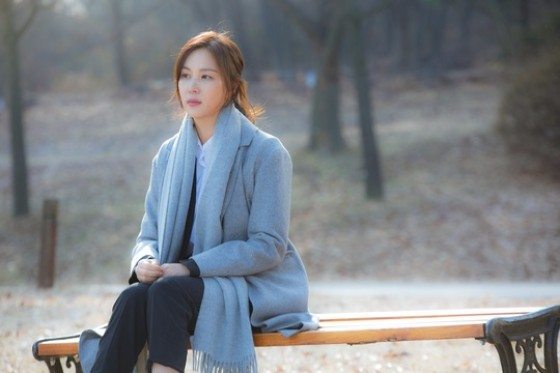 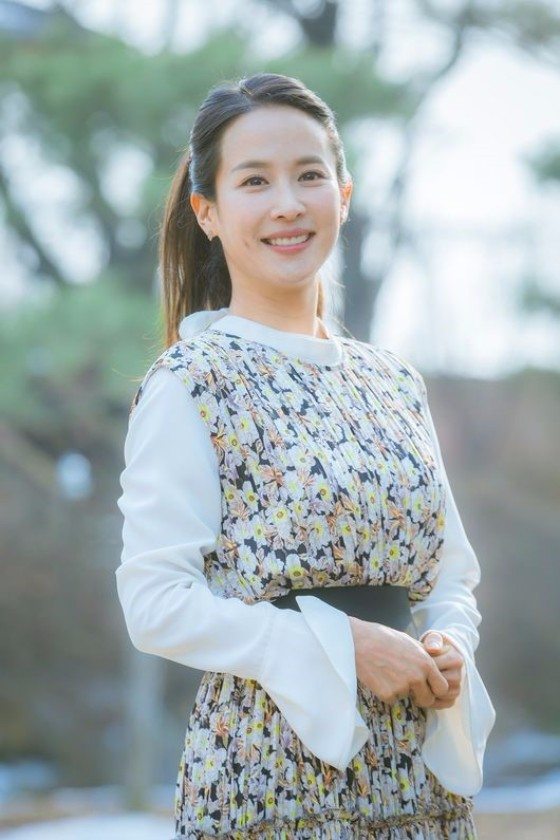 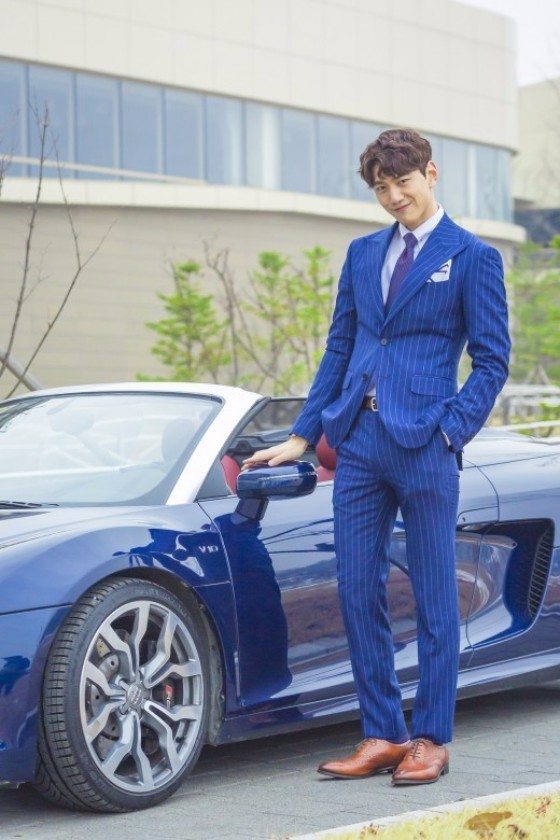 I am about to say the exact same word. Tragic indeed.

And Yoon Sang-hoon. So tragic. So ajumma-ish. RIP in pepperonis

his hair in Mrs.Temper was tragic, actually his whole appearance was tragic in that drama, he's getting better.

He looks tragic in Shopping King Louie too. Gosh I hate the mustache.

I think his suit is supposed to be cheap. I'm guessing he lives frugally so he can lease that car and marry up.

yes exactly! hu hu hu - what is that, really!?
Yoon Sang Hyun is no better - HATED his hair in Louis too *shivers*

YSH looks like an ahjumma and SJ looks like Kim Bok Joo's uncle in a quick glance. Not undermining KBJ's uncle or anything though, cos I really like that actor, just not this hair.

But he still keep his killer smile

In fact, no one really looks good. Except for Go So-young. But besides her, everyone elses' style looks terrible. Unattractive.. :(

I was to busy staring at that hideous suit. I had to go back to see what you were talking about.

Not the best. But not the worst. I think he looks dongsaeng adorable.

Yes. This character's outward impression seems jerky like in Madame Antoine, too. Will he ever return to a character like that of the glory days of good ol' Shut Up Flower Boy Band's Kwon Ji Hyuk?

O_O Sung Joon. This haircut is tragic. I really wonder what goes through stylists and hairstylists minds some times.

I haven't been able to warm up to his roles this past few dramas as they are just too similar. I'm afraid it just shows his talent's limit so I really hope he will be different this time.

He has been quite the disappointment for a long time now. I think the last drama I liked him in was Can We Get Married which is 6 dramas ago. I'm hoping he puts in a better performance here.

It seems all of Go So-young, Yoon Sang-hyun, and Jo Yeo-jung will likely get more screen time than he does, so it may work out for the best. Less of the show hinges on his performance.

"Sung Joon (Madame Antoine) plays an attractive lawyer who has ambitious dreams of marrying a rich girl. He seems aggressive on the outside, but he’s actually a sensitive soul with many inner scars"

I read it twice because I thought it was High Society again.

Let's hope he's better in this one.

The cast is weird. I can't understand who is male lead? Or, perhaps, there is no specific lead and we are exploring the territory of human interaction...both Yoon Sang-hyun and Sung Joon are respectful male lead actors, though Yoon is my personal preference.
Jo Yeo-jung, while not the greatest actress quite often plays lead roles too.
Anyhow, I hope the drama's main focus will be on female empowerment beyond family.

I'm hoping for a sisterly/woman bondings, helping each others and maturing progress for all characters more than seeing some kinds of love triangle/rectangle... in this show. If that is the case, then I'm in :)

The cast does look a bit weird. Not natural, I think. LOL.

I've read the synopsis a few times and still can't figure out what this show is supposed to be about. -_-

Wishing Go So Soung all the best with her comeback (fighting!), but I don't think I'll be watching...

It looks like it will be fun, and also thanks to the hair. Do you remember the atrocity that was Choi Jin-hyu's styling in Fated to love you ? Imo, it's part of the comedy...

Both the leading lady and supporting lady looks similar..

Poor Sung Joon, what did they do to his hair?? lol he's still handsome tho