An idol pop star is mysteriously transported from 1993 to present-day Seoul. Here he meets two lifelong friends who are studying for the civil service exam — one of whom is secretly an idol trainee. As he gets to know them, he also investigates his mysterious disappearance that took place in 1994.

An idol pop star is mysteriously transported from 1993 to present-day Seoul. Here he meets two lifelong friends who are studying for the civil service exam — one of whom is secretly an idol trainee. As he gets to know them, he also investigates his mysterious disappearance that took place in 1994. 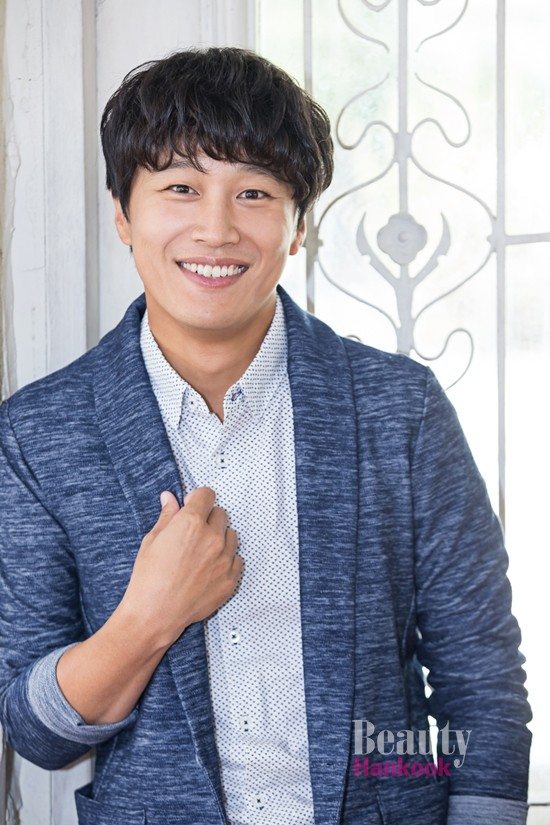 Actor Cha Tae-hyun (The Producers) will be co-producing upcoming KBS variety drama The Best Hit with 1 Night 2 Days PD Yoo Ho-jin, serving as both director and actor on set. That’s super interesting, as it will be Cha’s first attempt at taking on a directorial role. From the current plot description, it sounds like a low-key slice-of-life drama about young adults in their early twenties as they worry and learn how to connect with people, how to love, and how to succeed in this harsh world. And I can definitely see that concept working out with a reality-TV-type format.

Cha joins Yoon Shi-yoon (Mirror of the Witch), who will play a popular boy band member whose complicated love life is the favorite fodder of tabloid magazines, while Kim Min-jae (The Lonely Shining Goblin) will be an idol trainee with dreams of making it big. Lee Se-young (Laurel Tree Tailors) is set to play Kim Min-jae’s best friend, who has been studying for, taking, and failing her civil servant exam for the past three years. Cha’s role in all of this is as a small entertainment company CEO, who used to be a hotshot manager back in the day. For years, he’s harbored a one-sided love for Yoon Son-ha’s (Six Flying Dragons) character, who was a famous singer a long time ago.

For a while, the plot included a storyline about a top celebrity father who suddenly vanishes and then comes back twenty years later to reunite with his son. But I’m not sure how that aspect will fit in with the current cast of characters, or even whether that melo arc will be kept with the addition of funny-guy Cha to this project.

This project will also be a collaboration with Green Snake Media’s PD Seo Soo-min, the veteran variety PD who was was the initial director behind The Producers, which attempted to bring mockumentary-style drama to dramaland. It’ll be PD Yoo’s first foray into the drama genre, and also Cha’s first project as a producer (in real life); but while he’s primarily an actor, he’s a funny entertainer all around and has been a regular in the variety world for decades, culminating in his current position as one of the core cast members of 1 Night, 2 Days.

In an interview that they did for The Best Hit, Cha and PD Yoo spoke about how they have defined their respective roles. Cha will be the main liaison with the actors, directing the performance aspect because he has more experience with dramas, while PD Yoo will take care of editing and production because he knows how to pull out the best emotional gems from each scene. Cha had always wanted to try his hand at being behind the camera, but he thought it might have been beyond his level of ability.

So he was surprised but immediately interested when PD Yoo asked him to help him out with The Best Hit. After a period of deliberation, he decided that he wanted to take on this challenge of doing a drama and serving in a new capacity, and his decision was tipped in that direction largely because he really likes PD Yoo. He believes that Yoon Shi-yoon, who is also a 1N2D cast member, probably signed on because of PD Yoo as well. On the other side, PD Yoo could think of no better person to help him transition from the variety to the drama world than Cha Tae-hyun, who has been such an important figure in both.

KBS’s The Best Hit is planned to be broadcast this May.

Oh man. Now I'm MORE hyped for this drama! I'm still not sure about what to expect because I am more used to Yoo PD being behind variety shows, but the cast is making my heart pump more blood than I needed. I'm so happy that even after 1n2d, Yoo PD, Donggu and Taehyun are still keeping it close between them. I'm just hoping that this will be a success, and will not be disappointing as its predecessor.

Can the rest of the 2D1N members cameo in this drama?!?!

ohhh mygadddd i luv this idea... every ep each members cameo... epic..

Lol Yoo PD, cha tae hyun and YSH together dabbling at making a Show, I think I would be more interested to watch that, the behind the scene drama.
Also YSH doing a boy band role makes me crave for enric again, how i wish there was a season 2 for FBND..

Oh that Enriqueeee (Flower Boy next door) was annoying - that was the first time i encountered YSY and Park Shin Hye - and I was lusting over Oh Jin Rak character (Kim Ji Hoon)!!

Anyhoo - i luv PD Yoo when he was helming 1N2D - and looking forward to seeing how this drama-variety turns off.

Add in Kim Soo Hyun as a cameo

Dreams do come true.for Cha Tae Hyun. He does have an eye for what is entertaining. He doesn't overshadow the antics of other 1n2d members, but when he needs to step up, you can really expect something surprising from him. Just watch him as guest in other variety shows. As long as the writing is solid, the directors will not have problem working on this project and will.not get lost (although I'm thinking the approach for this drama will be more like a sitcom). I'm also a huge fan of Yu PD. And I think his direction, and how CTH and Jongmin.led the season 3 cast, made.the season very engaging and fun.

I'm the happiest fan girl.right now ahahah. If I'm not mistaken his movie "With God" will also be released in May. Oh my what a Cha Tae Hyun-filled spring season. :)))

By the way, Cha Tae Hyun's role.is like the story of his former real life manager from Sidus, who is now the CEO of Blossom.

In today's news, "With God" is pushed back to December. :)

I wonder whether he will still be appearing in 2D1N during this period of time. Unless this is pre-produced, juggling 2D1N trips on top of acting AND directing a drama would mean at least two months of sleep deprived madness.

YSY will also be very busy as lead, but i think directing would mean CTH will have to be involved in a lot of behind the scenes work on top of the shooting the drama.

i hope it doesnt affect 1n2ds filming too much as the drama at its core will be made by those involved or previously involved in 1n2ds. the producer, director and main actor are all in 1n2ds fraternity. hohoho

but i understand if CTH and even YSY will not be on 1n2ds during that time though, it seems like the drama is not preproduced. live-shoot drama schedules maybe too hectic. huhu

I think it won't affect 1n2d since 1n2d only have shooting time 4 days in a month which is only 2 days in 2 weeks, I mean, CTH could still be participated in 1n2d when he also appeared at the Producers

Agree. YSY also became a member of 1N2D when filming for his drama Mirror of the Witch.

In some articles, they're saying that his acting role is minor. So his main role in the drama is as a co-PD of Yoo Hojin.

ahhh im so happy that this'll basically be a 2d1n reunion!! yoo pd i miss you.... can joonyoung just sing the main ost and the rest have cameos throughout the show :P rly hope this show turns out well so it'll be a new path in CTH's and yoo pd's life :))

Indeed, after Yoo, CTH and Donggu joined the show, could we have JJY and RK make the ost and Junho-KJM also need to make a cameo, remember each member

JJY singing the OST will be awesome!

So happy for this news. I was so disappointed that CTH was totally misused in The Producers so I hope this time around it will be better.

Eee, cameos galore! Jo in sung please, I've been waiting for him to guest on 1n2d again since his appearance! Even his voice appearance on running man this past Sunday was funny. Plus all of tae hyun oppa's friends... Jang hyuk, Jong kook, joong ki, pbg, park Bo young... Etc... Gwangsoo!

Ah, I would love to see Kwangsoo cameo. I always think he'd make such a great guest on 1N2D if he could.

Yippie...am so excited for this. I hope they stick with the format this time and stick with comedy with little or no romance. Can we get cameos from rest of the 2D1N cast even if they are all bad actors? Lmao...trying to imagine Kim jongmin and kim jun ho acting - unbelievable.

I hope they don't overdo the cameos that it becomes like entourage - korean version which got annoying quickly.

I hope this drama turn out well, with simple yet heartwarming without being too ambitious..

Looking at the production team it reminds me to Reply 1997 where ex 1N2D pD directing a drama. I actually really really applaud Yoo PD for scouting Cha tae hyun to help him produce this drama knowing his inexperience in drama foray..

I am soo excited about this news.. This articles feels like i read a very good recipe instruction. They really solidifies the weak aspect of The Producer. Mock-docu format of the producer is a very good idea but it disrupt the flow of the drama. I am both disappointed and relieved when they dropped the format mid-way.

Cha Tae Hyun is also as a director and actor is a very surprising but brilliant decision. He had all the know how for variety department and dramaland.

Last and not least Yoo Shi Yoon is my bias and I will see him in anything. :)

YAY! I really miss Yoo's sweet touch! I imagine he could make us laugh and then, cry like a baby only in one second

Yes. 1n2d Reunion and I hope all 1n2d members cameo including Gutaeng Hyung!!!

When I first read that Yoo Hojin was PD and Donggu was cast by the production, I thought it strange that CTH was not mentioned nor approached by the production. The initial synopsis for the show about a father who was a star and his son, in my opinion, was a perfect fit for CTH as the father character (like in Speedy Scandal). I thought he rejected it because he did not want to play a similar role.

It now makes sense that since he was asked to be co-director, he could not do a major role. I thought as much that he would be the "go to" guy for PD Yoo since they had worked together for so long on 1N2D.