Lee Sang-yoon gets lured to the dark side in Whisper 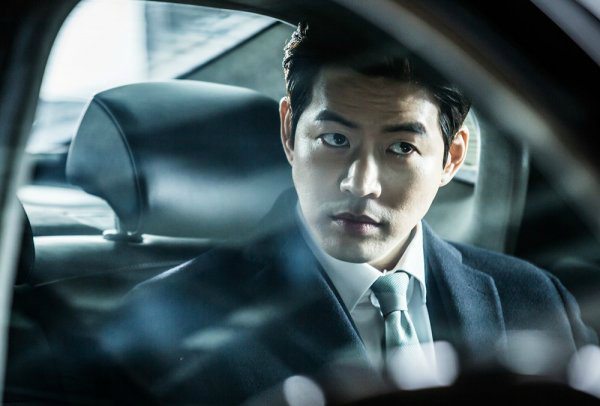 It’s Lee Sang-yoon’s turn to get a character teaser for SBS’s new legal thriller Whisper, the latest outing from the writer-director team behind Punch, in which Lee plays a righteous judge who hates nepotism and corruption and backdoor deals… until one day he finds himself making that same amoral choice he was always against. It’s a life-altering decision that has a direct effect on Lee Bo-young’s life, as it determines the fate of her father who’s on trial for a crime he didn’t commit. That’s how the two leading characters start out as mortal enemies, with Lee Bo-young determined to get revenge on everyone who wronged her family.

The new teaser opens with Kim Gab-soo (The K2), who plays the CEO of the biggest law firm in the country, tempting the hero with an offer: “Erase how you’ve lived until now—your memories, your records, all of it.” Lee Sang-yoon seems torn, when Lee Bo-young shows up and hands him a phone, saying, “I came to you because I trust your words that you won’t turn away from evidence you can see.”

But he makes the choice to burn her evidence instead, and he says in voiceover, “If you throw away your conscience, you can still live, and if you change your principles, tomorrow stills comes. But what do I do? Life only happens once.” Lee Bo-young fights her way through thugs, while Lee Sang-yoon’s crisis of conscience comes to an end. He says as if answering Kim Gab-soo’s initial offer: “I will do as you asked.”

The teaser’s copy reads: “Sin is sweet, and justice is cruel.” Despite caving to temptation and being lured to the dark side, I have to trust that Lee Sang-yoon will be on a path to redemption, since we’re told that the drama is about a man and a woman who begin as enemies and end up allies and lovers. He’ll have a lot to make up for, but perhaps if he helps Lee Bo-young take down the giant law firm of evil, it’s a start. 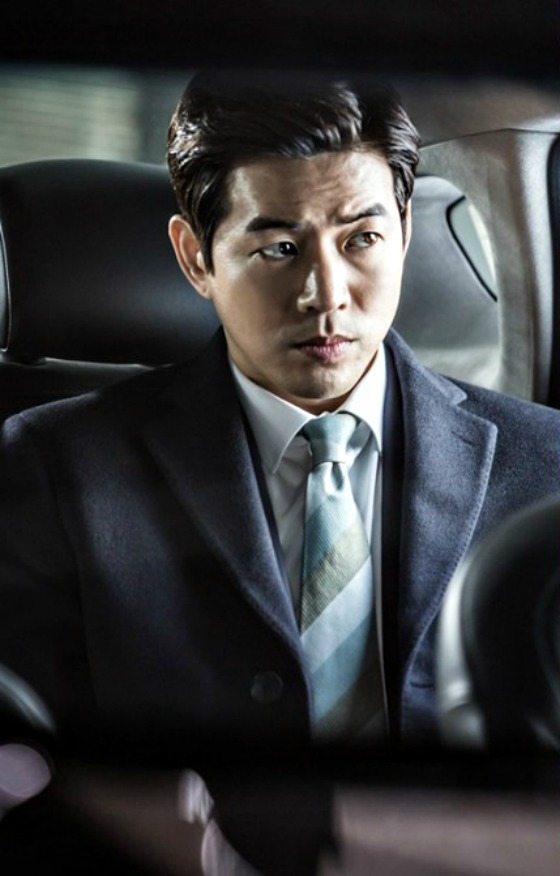 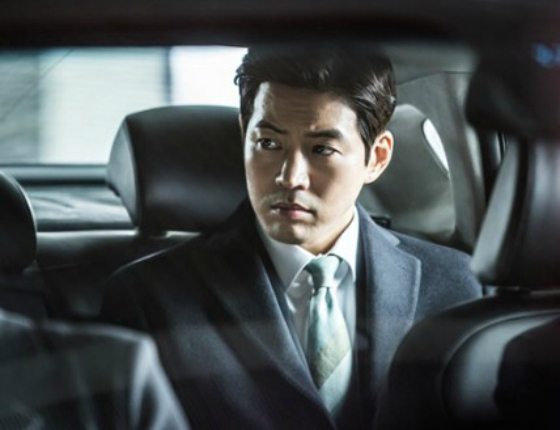 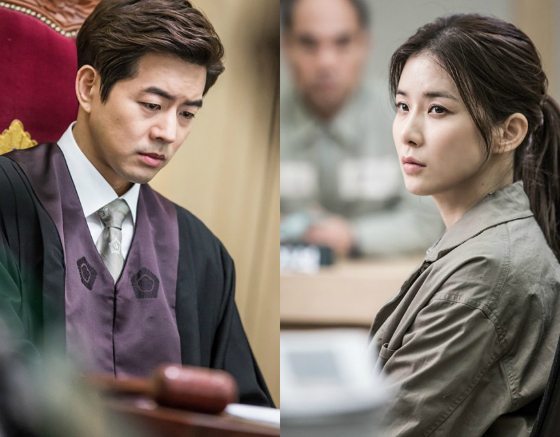 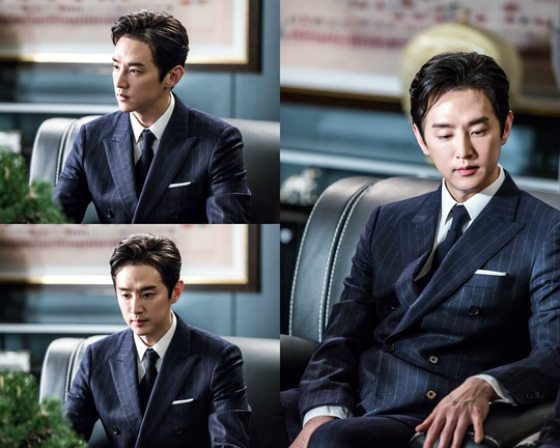 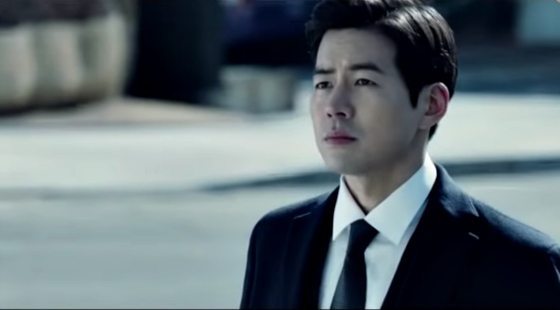 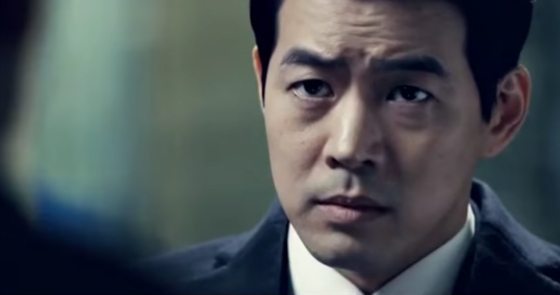 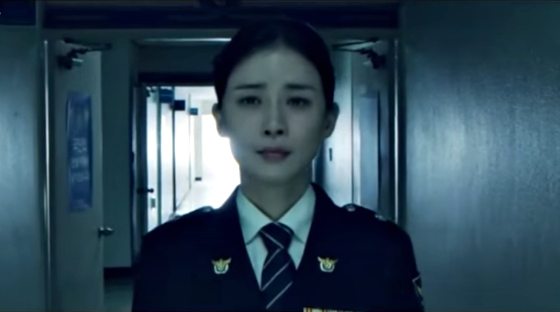 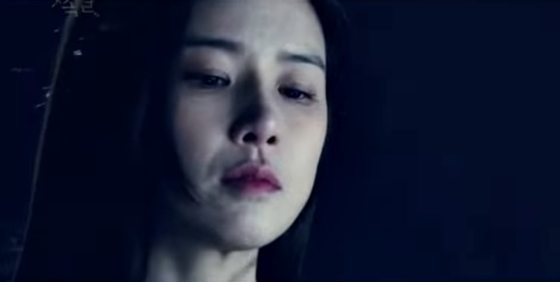 Lee sang yoon is ❤...but why is his expression same in every scene?

He looks VERY serious, like his judge character probably should be. Will definitely miss his gorgeous dimples. I have to admit, though, if Lee Sang Yoon is in it, I'll watch it. I personally just think he is INCREDIBLY gorgeous and handsome... ? (my ajumma fangirl came out there...)

still no posters for this?

Punch was one of the first Kdramas I viewed and I thought it was an excellent drama. After a year of Kdrama viewing, Punch is still in my Top 3.

Foe yay shipping trope, my favourite. And with the pretty and talented LBY. What's not to like <3

Great movie by the way...

6 matcha and the beer

I see no dimples festival this year. This drama just too dark for that.

Great that LSY is trying something different- not easy acting villain

I don't think I want to see this dude playing evil. :(

I was having a feeling like LSY is Anakin Skywalker (who was lured towards dark side) ....
On The Topic... i think the drama is great and i will definitely watch it...

Lee Sang Yoon. Why so fine?

Indeed, that was the main reason I clicked read more

Intense is the name of the game, it seems.

I don't know about you guys but I feel like this drama will resemble Punch a bit. I hope that Park Kyung-soo will invalidate my fear though. The anti-hero premise, love-hate-relationship thing and corruption of the judicial system reminds me too strongly of Punch...

Yeah, premise sounds somewhat similar - the anti-hero righting his wrongdoing - tho drama may end up more on a hopeful note and less dark than when how it starts. Well, at least that's what PD Lee keeps hinting... he intends to use Whisper to send a message of hope to society, especially in this current political climate.

Whoa, I had no idea Kim Kap-soo was in this!! I was already beyond excited to see what Park Kyung-soo has in store for us, but now I literally cannot wait.

Lee sang yoon, u look so handsome in suits.
That UEE is a lucky girl.

Dimples or no dimples I'm gonna watch this show..

Unfortunately, word has been out for awhile that they've already broken up. I LOVED them together.

Wow I am surprised at how much this image of LSY threw me off. I think it's because I've always seen him with long bangs, and so the more suave look made me do a double-take. I'm very excited to see him on-screen again regardless!

The show has some plot elements in common with a book I've read. And it looks really nice. But damn that's dark! I might not be able to watch for the first few episodes!

ummm, happened to see these photos on SBS website.

SPOILERS: notice what is on finger of our characters :)

Oooh, I'm excited for this! I loved Lee Bo Young in IHYV and I personally think Lee Sang Yoon's one of the most handsome K-actors out there (he and Gong Yoo). The premise sounds pretty interesting, too. I hope it's not a depressing ending.

Lee Sang Yoon! I adore everything about him... so much gorgeousness! tall, handsome, dimples! his little smiling eyes! Awww ... and great actor!!! Will be watching this series! ?❤??