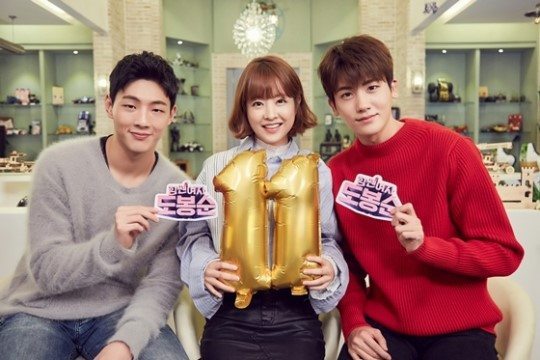 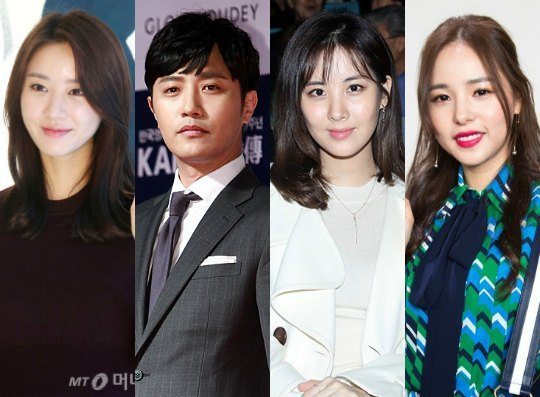 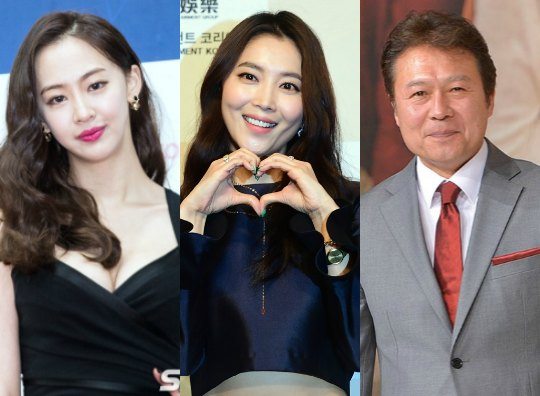 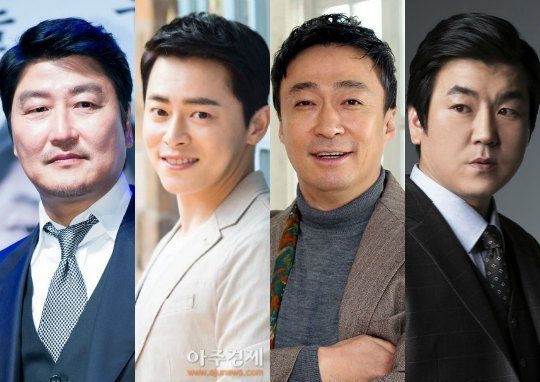 ooooh, PD Yoo directing a drama! Interesting! Looking forward to that one.

March 14 for the free hugs. SIGH. I'm going to Korea 10 days after this event. No luck seeing them. But happy for the drama's success. And leaving this adorableness here:

They are soooo adorable together. The way Hyung-sik look at her... it's almost like he really has a crush on her.

He's like the real version of that heart-eyes emoji. ?

I love Park Hyung Sik and his eyes! Gotta find a man who looks at you like that.

But also, can anyone not fangirl over Park Bo Young - she's absolute girl crush. Watching her all giddy over Ji Soo's words made me all giddy.

Hugs on my birthday? Rats, I'm vacationing in the wrong place!

Happy (early) birthday! By the way, you have the same birthday as Einstein :)

I'm just hoping they can somehow reach 9% (that would be INSANE!) and the boys can go shirtless bahahaha. It would be such a waste not to utilise the gorgeousness that is the two male leads.

Woah, is this a legit ratings promise made by the boys? I'm imagining a hilarious misunderstood half naked scene of them together that Bong Soon will see in my mind right now. So many funny ideas I can suggest!

I think any wild imaginations can be possible with this show! So far, we've seen her Park Hyung-shik crossdress and squeeze Ji-soo's butt, Ji-soo even crossdressed too, and there are more whackiness that's happening in the show, so a shirtless scene with the two of 'em sounds doable! Your scenario of Bong-soon seeing them together half nekkid is actually something I can see happening, too! Hahaha. Oh, I hope it happens!

Can anyone kindly post the link of the jtbc sns account for the free hugs event? I will be in Korea for the next few days! Thanks so much :)

congrats to SWDBS! i haven't started watching it yet but looking forward to a good binge watch

Congratulations to Han Groo, may God bless her and her family. So Dasom is expanding her acting gigs, makes sense given who knows if Sistar will renew their contract or disband. I liked her in Virtual Bride so looking forward to seeing her again.

Virtual Bride is drama where the lead girl is an idol who join a a variety show and she becomes a fake DIL or something lime that, right? I love that drama especially the first half. Dasom was quite great there.

Congratulations to Strong Woman Do Bong-soon's team and Han Groo.

Drug King's lineup look like a dream casting. Can't wait to watch another Jo Jung-seok's project. Hopefully it will be good.

Also, waiting for casting news about the new variety drama. Hopefully it will give opportunity to some lesser-known actors out there.

omg Yoo Ho-Jin 'Crayfish PD' directing a drama? Yay I missed him after he left the main PD position in 1N2D

Kinda wished he could return to 1N2D though but I hope he's successful with the drama :3 hope he will be close to the staff like in 1N2D

I predict this year SeoHyun will lead weekend drama, by next year she will lead weekday drama. Yoona used to to the same too (or was Yoona led the daily drama?).
Btw where is SooYoung who is the best actress in their group? I thought she will have a drama this year.

Congrats Han Groo for twins. Be a mother at a such young age. Good for her. She can re-build her career later. See Lee Yo Won, she married early too. But her career doesn't stop. By now she got a husband ,3 kids and steady career.

Excited for Drug King. We will get so many favourites in one movie. ??

Yes she is, and so are Seohyun and Yoona :)

Yeah, Yoona started out in a daily drama [You Are My Destiny] which was a hit. Then she did primetime weekday dramas.

Sooyoung was tapped for Polyclinic Doctor but I've heard nothing about it for ages. I'm thinking it's in production hell and they can't secure a broadcaster or something?

So happy for SWDBS!! Wish I could be part of that free hug event! LOL

drug king sounds like its gonna be sooo goood

Twins, wow! Congrats to Han Groo, and I hope she has a lot of helps :)

I love Han Groo...congrats to her...hope to see her back in drama land soon!!

Wah~ I love how the ratings for Bong-soon flipped from 3.8 to 8.3! Haha. I'm so happy for them for getting so much love because their show is so much fun to watch. I love Park Bo-young's unique idea of walking fans home and I can't even imagine the awesomeness of how that'll feel! Lucky fans! It's still early in the game (btw, how many eps is it?), so I hope the ratings continue to soar for Bong-soon.

I was watching an old Happy Together ep with Han Groo in it and it made me miss her, so I'm glad to hear some news about her! Congrats to her for having twins, omg! Twwwwwiiiiiiinnnnssss! I'm actually so excited to hear she might come back next year! It's too long, but now she has to take care of herself and her babies, so I'll be patient. Gah, she's such a great, young talent, that I was afraid we lost her forever... I should check out Girl K!

16 episodes (for now). I hope jtbc don't extend it because of the great ratings. They really don't have enough story for more episodes imo.

Aw, I'm so happy for Han Groo. Her twins are around the same age as my niece :) I'm glad she is still planning to come back to acting after everything. She's way too talented to give up.

Congrats to Han Groo! And wishing her good recovery and a lot of help. Going from zero to two can be quite demanding... Our twins are nearly 2 now and it still is not easy... but there are also many many happy moments and we wouldn't change :--)

I miss yoo pd interacting with the cast on 1n2d... Too bad he's totally behind the camera for this project. Will look forward to his project...

Dang! That is some cast for "Drug King"; would almost be an overdose of acting talent.

SWDBS is a lot of fun and deserving of its high ratings; it's just too bad can't say the same for "Tomorrow With You" which is totally deserving of high ratings, but limping along ratings-wise.