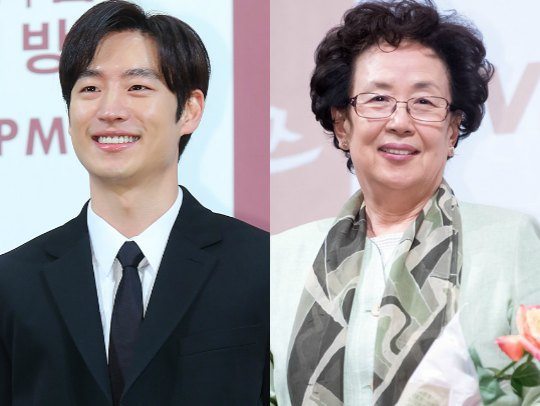 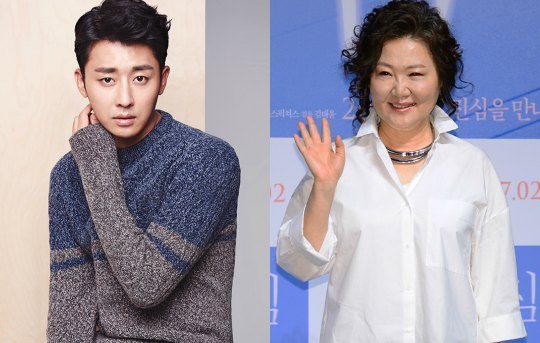 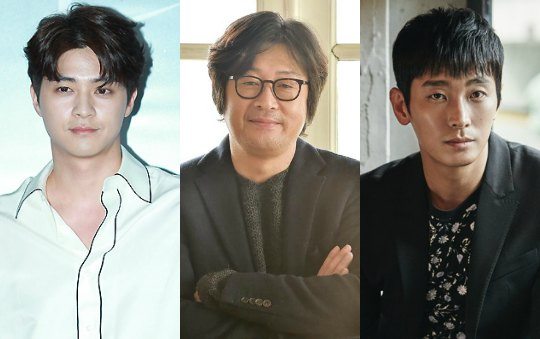 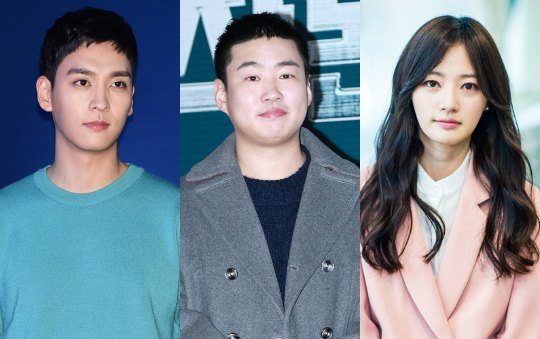 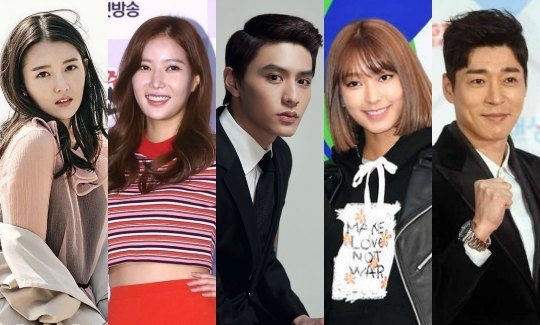 I'm seriously assuming Do Jihan is gonna be paired off with Nam Bora. I adore both of them and hope their chemistry is amazing. I need another fix that's gonna be left behind by Donghui & Director Han. ??

I hope so too. I'm glad he is getting a new project.

I didnt fully watched Hwarang, but I think he is the most good looking among all hwarangs. ?
Sigh. Nam Bora is actually a better actress than Im Soo Hyang, why cannot this girl be the lead. Im Soo Hyang is okay as an actress but Nam Bo Ra deserves better. Looks like Do Jihan and Im Soohyang will be a pair. Maybe I will watch this. The premise sounds great. I hope Bora will be paired with cute partner too.

Oh then it would be a reunion with her Empress Ki co-star Ji Chang-wook and Missing Nine villain Choi Tae-joon!

Wow I actually didn't know she was already in a show with Ji Chang wook. Well their chemistry could work even better then.

They acted together in Empress Ki. A bit spoiler, although it was just one sided love, but the chemistry was there. Baek Jin Hee even had the chemistry with Joo Jin Mo in the same drama imo. Sigh I miss her as Tanashiri.

Ohh yes I want her too. She seriously deserves good show.

I love Baek Jin-hee. She is a joy to watch because she is always good whether the show is good or not.

Mee too. Don't care even it's long tiring drama like geum sawol. I still adore her so much since Hair Show wayyyyy back then.
Kinda hoping she gets the offer as lead opposites JCW. They could be cutest couple since empress ki.

Yeah I also hope Ji Chang Wook will be paired up with Baek Jin Hee in another drama. Their chemistry matches well in Empress Ki, even though they're technically enemies, but cute immature enemies.

I would love to see her headline a sageuk. A more historical and less fluffy.

Baek Jin Hee as Tanashiri is still my favourite - who will have known with her cute and innocent face can do great as a villain.

Stong Woman Do Bong Soon's cast deserve that trip!
I cannot wait for Choi Tae Joon and Ji Chang Wook's TV bromance ~~May the drama be good!! I have never been able to finish a drama in which Ji Chang Wook was starring.. although he was never the main issue that made me stop watching.
I will definitely watch the new Joo Ji Hoon movie with veteran actor Kim Yoon Seok.
Lee Je Hoon and Na Mun Hee's movie plot is not that attractive but both actors presence and talent definitely attract me...

What about Healer. That was good all the way through to the end.

Also you should check out the movie Fabricated City. That was really good even though some of the stuff Ji Chang Wook went through was heartbreaking.

I seriously could not finish Healer's second episode, also Ji Chang Wook is always paired with actresses I do not enjoy at all... Fabricated City is on my list though, I will definitely watch it soon.

I will admit I like Park Min Young a lot but the whole drama is good. The current storyline and the background story that ties all the characters together are well done. The interaction between most of the actors is good. Even the music is great.

Sometimes you need to push through and watch at least four to six episodes before you get invested. And if you still can't get into it, maybe just watch the scenes with JCW and fast forward through the rest because he really is very good in this.

Haha Ahn Jae-hong's gonna play "the cheating partner" in Third-Rate My Way! It's refreshing because he mostly played the good friend or the guy who gets friendzoned or who has not reached his potentials yet.

Is the show gonna center around a potential couple (Park Seo-joon and Kim Ji-won) and a couple with cracks (Song Ha-yoon and Ahn Jae-hong)?

I'm rooting for Do Ji Han to hit it big, I like the guy since that boring basketball drama, he has a potential and I rarely hear him as much as his other Hwarang costars, not to mention he's good looking too

I like him too. He was one of the very few that was watchable in that one show.

Maybe he really liked the script.

Because for him, he cannot wait for offers keep coming to him. Otherwise, he won't know when such good offer will come again. I want him to take a break, but I also want him take this chance, especially this is sageuk, and he needs to do different role this time after being known more for romcom.

I miss him, possibly will watch this drama.. I hope he will be pair with someone who acts well.

I like to know what he's doing whe he's not filming a drama. Does he have a business of some sort? I mean, he has to make a living somehow.

Him, Lee Ji-Hoon, and Lee Sang-yeob are my three underrated biases. So good looking, excellent actors, yet not very well known. And I'm fine with that as long as they can earn a living while doing what they love best.

Maybe he earned money from other thing like real estate business etc.

I lup him! Why can't they pair him up with Baek Jin-hee? Dramaland is so cruel to my bias.

You're right. He and Baek Jin Hee will make a good pair. I think the last major role he did was Jang Bori Is Here.

Don't lose hope: Im Joo-eun is also in this drama! Maybe we can get an IJE-KJH pairing. Granted, she's playing second fiddle to some idol who doesn't deserve the lead, shudder.

Ironically true. She's a good actress yet playing 2nd for an idol who hasnt even given any good performance yet, sigh. Then... She needs sponsors, i mean... Strong management to support her. Sometimes, work is all about 'connection', sometimes...

Omaigod. Thank your for this. I will absolutely watch this drama just for these two.

Is there no news about moon chae won and lee jun ki's drama criminal mind ?? Did they confirm or not??

i don't know, but have you seen how THIN he is now?? too thin!

Yeah, I noticed that he's getting so thin even though he looks gorgeous In any appearance but I hope he's in good health

What is up with Beware This Woman that actresses just keep turning it down - is the character too wacky? too candy?

I have no idea..
But then again, for some reason Ha Ji Min is constantly rejecting all the offers given to her.. Like come on! Don't you want HJM out of our brains?! Erased with a much better drama? I wonder why she rejects so many? It makes her sound so much more in high demand.

Probably she still has trauma. Her latest drama was a total flop. She got criticized here and there. Hmm... She needs a good script tho.

I think she is trying to make a transition into films.

So does that mean I won't get to see my Noryangjin Idiots trio in Drinking Solo 2? :(

will watch third rate my way just for that ahn-song storyline !!