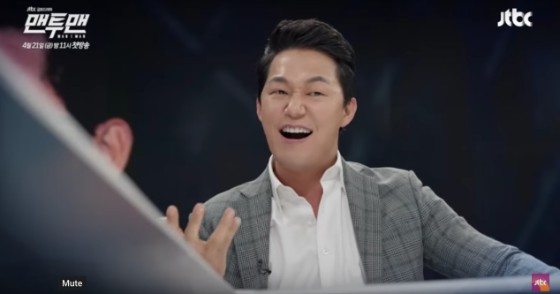 Park Hae-jin’s (Cheese in the Trap) latest drama, Man to Man, looks like it’ll be a mix of everything awesome: a little bit of action, a little bit of comedy, and a whole lot of bromance. In the newly released teaser, the unlikely relationship between top Hallyu star Park Sung-woong (Remembers—Son’s War) and ghost agent Park Hae-jin is shown to begin with a rocky start.

The premise of the story is that Park Hae-jin somehow ends up as Park Sung-woong’s bodyguard, and together they end up going through fun but dangerous adventures and emotional events with each other. Most of the Man to Man promo featuring Park Hae-jin so far have shown intense action-thriller scenes of him doing elite agent stunts, but this new teaser has Park Sung-woong flexing his comedic muscles, playing the popular celebrity actor who rose to stardom by portraying prickly movie villain but who is actually a tender-hearted person.

At the beginning of the teaser, Park Sung-woong leans into a kiss, then compliments the actress on her performance when the director yells cut. Then we see a little bit more of him working: at a script reading where he dramatically yells “hardboiled action-romance noir,” at a photoshoot, and coming out of his cabin. In his voiceover he says, “I became famous because of my looks” and “When I do well, the project does well,” explaining his claim to fame.

The actor seems excited to get closer to his new bodyguard because he says: “From now on, there will be no secrets between us.” The ending scene shows Park Sung-woong jogging through the streets, holding what looks to be a chicken leg, which he brings to Park Hae-jin. Park Hae-jin’s voiceover concludes: “There is something about this mission that doesn’t feel quite right.”

JTBC Friday-Saturday drama Man to Man will begin airing on April 21, after the end of Strong Woman Do Bong-soon. 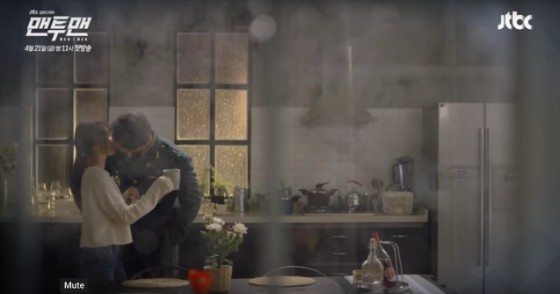 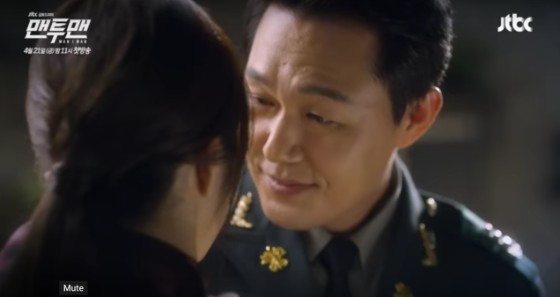 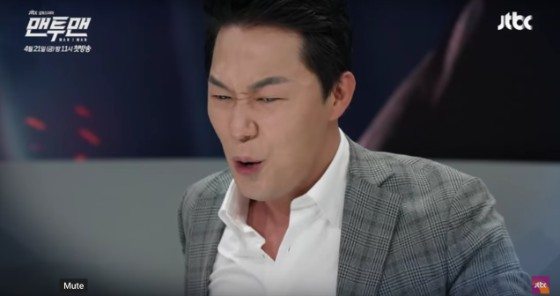 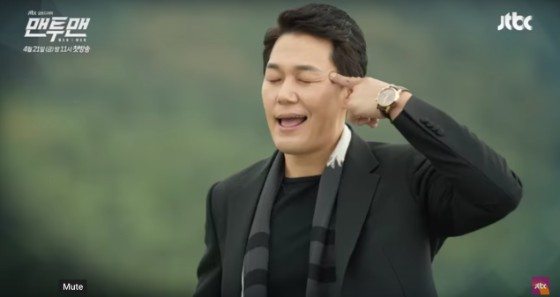 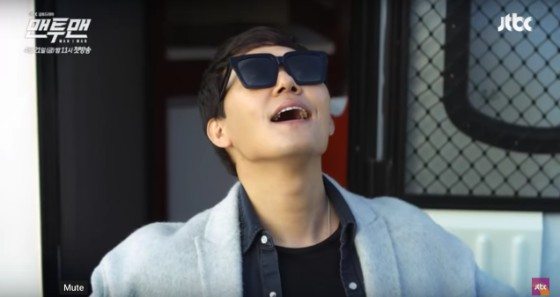 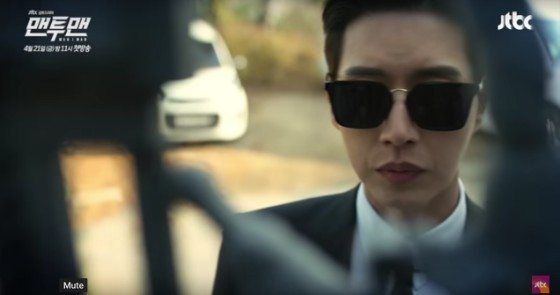 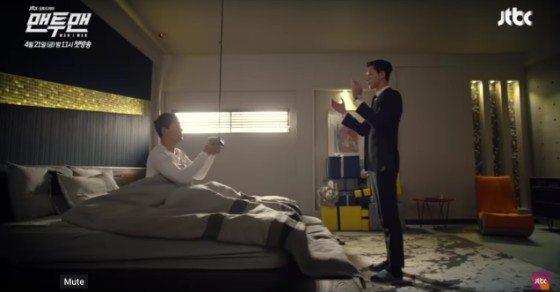 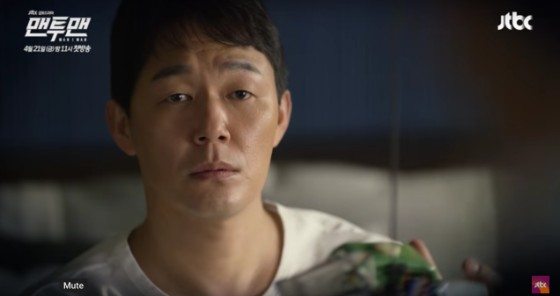 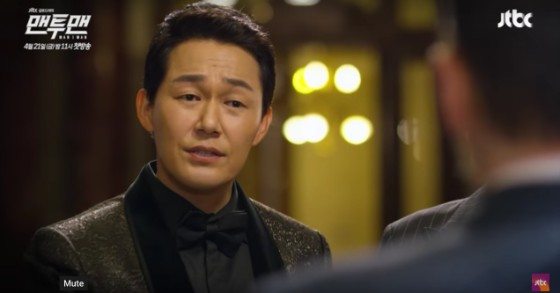 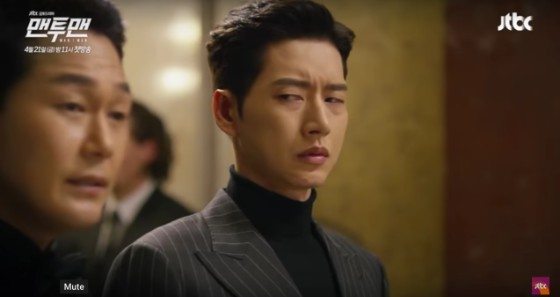 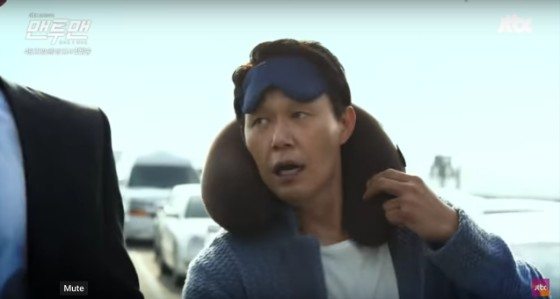 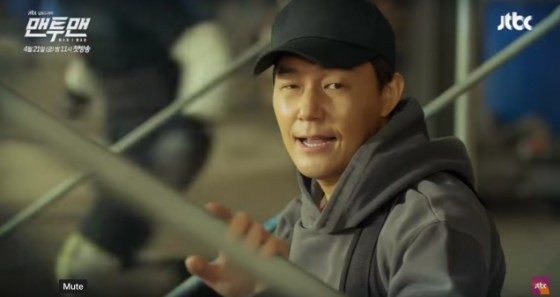 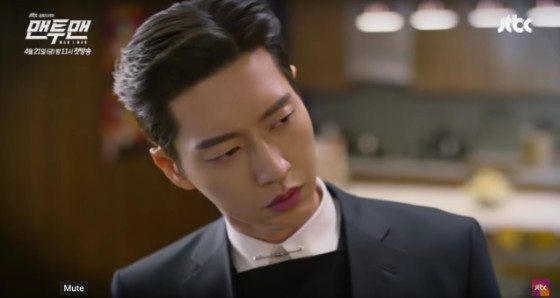 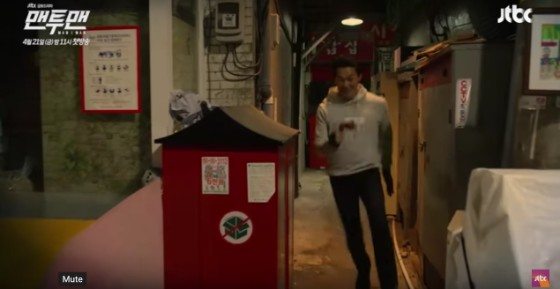 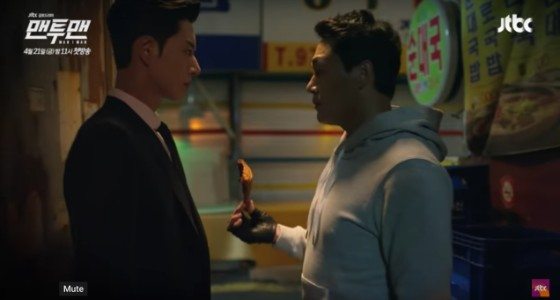 Park hae jin ... I had a nightmare that he becomes second lead in his own drama again ?? Damn you CITT

Darling dear, dont mention it. You might trigger someone, there are some people who always go to PHJ's related article, and they called everybody who merely mention the incident: Hater who mock their golden b**.
And less than 1 month till the airing of Man to man, i really dont want to jinx it...
Wait till a day we can laugh this shit off.

Ahhhhhhhh, I heart Park Sung Woong. He's just so manly I love it!

Another ahjussi crush of mine, aside from Jo Jin Woong.

I think Kim Myung-Min is the supreme ahjussi crush. Nobody beats Anthony. Or Detective Kim Min. Or... I think I should stop here.

Park hae jin oppa!!
This show look so funny. I'm excited to see this.
But I hope park hae jin won't have that grumpy look all the time. Such a waste of his handsome face..
Oppa, fighting!!

This looks so damn funny,anticipating this bromance soooo much!!!
After Namgong Min&Junho i'm ready to dwelve again into a wacky bromance!!!

Wasn't interested in the drama before. But the funny teasers changed my mind.

Park hae jin deserves this!
Ugh, I am SO EXCITED! I cannot wait!!!

That side eye when PSW says "Soulmate" LOL.
I'm ready for some bromance!

The guys are wearing too much foundation...especially PSW...

I CAN'T WAIT. This is my most anticipated drama of the year. Drama gods -- puh-leeeez make it great!

Also, PHJ's side eye had me cackling.

Lol! Descendants of the sun spoof! Love it!

For Park Hae Jin forehead, I shall watch it well.

I, to this day, do not understand the Korean male hair trend of covering the forehead. Foreheads are meant to be seen!! Do not fear the hair part!! Why hide your beautiful eyes and expressive brows?? le sigh...

I agree with the forehead except for the case of Kim Woo Bin. He looks 100% better with bangs of sorts.

Yes for JTBC bringing some competition for TvN. Healthy competition on cable just means more good dramas for us all. Keeping fingers crossed for this one. So far I have really liked the 2017 JTBC offerings. Solomon's Perjury introduced me to some great young talent and nothing needs to be said about Do Bong-soon.

I can't wait, this just gets me so excited! The look Park Hae Jin gives him when he introduces him as his soulmate LOL!

The "What-the-hell" look from Park Hae-jin!

Why do I get the feeling he's going to be giving a lot of those looks. Heh.

Am now impatient for this show to start, have to watch for the sake of knowing what is he doing with that chicken leg!

I see falling for your cute bodyguard is becoming a trend. I approve this massage.

The side eye from PHJ had me cackling too. Lol. Drama gods pls let this show be extremely good n bless the crew with good ratings.

I bet that reckless, slightly idiotic character is a Healer-esque cover for our Ahjushshi, he is a retired James Bond. Also, PHJ is love.

Is it just me, or does Park Hae Jin look like an expressionless robot in his recent dramas, and this one is no exception judging from the stills and videos...

Its the characters, his meant to look like an expressionless robot.

SOO excited! Can't wait for this to happen. I love me a good bromance and this un-reluctant bromance looks like it will be the best.

Strong Woman is giving them a high ratings lead in. I wonder if this show will be remarkably high ratings as well? Say 6%? JTBC would be thrilled with that.

Pls drama gods, be good to my beloved park hae jin! Give him a great drama and good ratings! So this broken heart of mine will recover from his previous drama...

I need vindication and closure!

**goes to a corner and light candles until this drama airs***

Rooting for PSW.. he was sooo good in Remember.

*smiling and hoping everything goes well with this one*

I'm so confused with where this drama is going... from the previous teasers and stills, I expected some kind of dark action thriller but this new one screams comedy? Maybe it's going for the hodge-podge kind of jarring mix similar to Strong Woman?