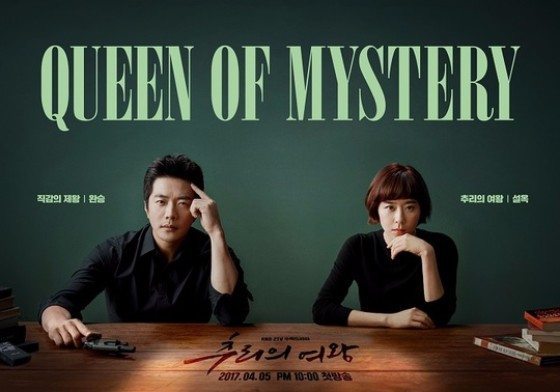 I love the second teaser released by Mystery Queen—sure, it’s not as eccentric as the first, but as a huge fan of Modern Family and Parks And Rec, I enjoyed the mockumentary feel as both main characters complained about each other to the cameraman. The plot of the upcoming KBS drama is about mysteryholic ajumma Choi Kang-hee (Dazzling Temptation) who partners up with gruff-and-tough street cop Kwon Sang-woo (Temptation) to solve a string of strange cases.

For most of the teaser, they’re interviewed separately about each other, and boy, do they have a lot to say. At first, when the camera pans in Choi Kang-hee’s direction, she smiles shyly and adjusts her hair for her shoot, adorably showing a slight hint of nervousness, but that soon disappears once we get her started on the topic of her partner: “I have never seen a wacko like that in my entire life. He speaks roughly and attacks your feelings. And he keeps saying he knows everything just by looking! And he looks like a gangster! Detectives aren’t the only ones who know how to investigate.”

Her rant is intercut with Kwon Sang-woo’s, who appears after ducking through a barrier of yellow caution tape. He clearly doesn’t believe she deserves to be on the case, and continues to rant about how just because she found a few leads doesn’t mean she belongs there. He says: “Honestly, that lady… I don’t know how that lady keeps guessing things right, but investigation happens in the field! You just have to look [at her], and you know [she doesn’t belong here]. Ajumma, you could die this way! Those American dramas have ruined everybody.”

In the middle of his impassioned grumblings about Choi Kang-hee, Kwon Sang-woo is handed a folder by the person behind the camera who tells him that all of her deductions about the case were correct. He checks the papers himself in disbelief, muttering, “Does this ajumma have supernatural visions? How did she guess that?” He almost misses Choi Kang-hee as she sneaks onto the crime scene behind him, but he sees her and gives chase. Their petty complaints about each other remind me of a cute old bickering couple, and if that’s the direction this is going in, it’s definitely going to be a drama on my spring radar.

In the recently revealed poster, the two partners sit side by side with their respective weapons: “King of Instincts” Kwon Sang-woo armed with his gun, and “Queen of Mystery” Choi Kang-hee armed with a stack of Sherlock Holmes and Agatha Christie novels to her side. This latest poster is such a stark contrast from the first couple which had a darker, more haunting vibe. So with the two different types of teasers and different styles for the posters, I’m curious to see how the balance of comedy and mystery will play out in the drama. 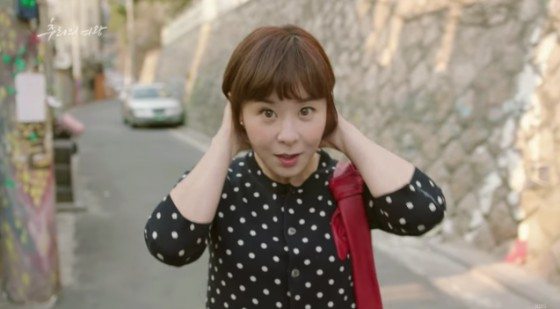 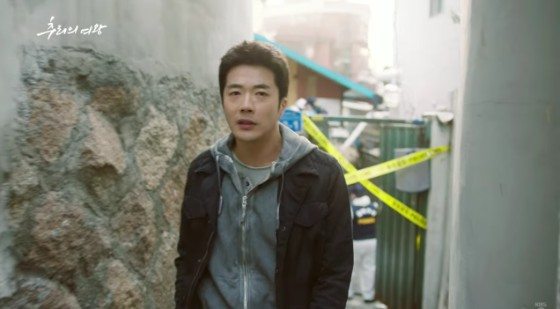 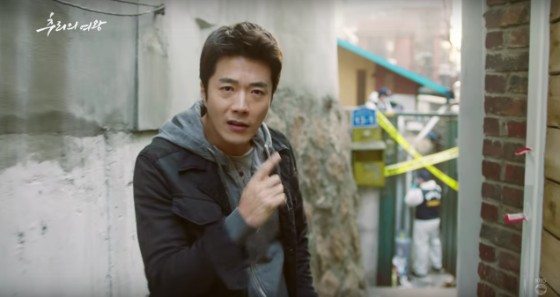 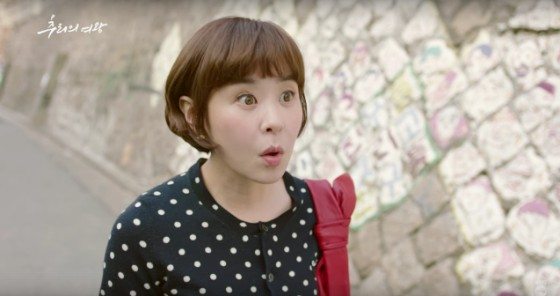 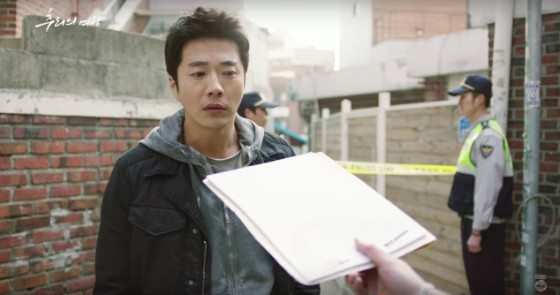 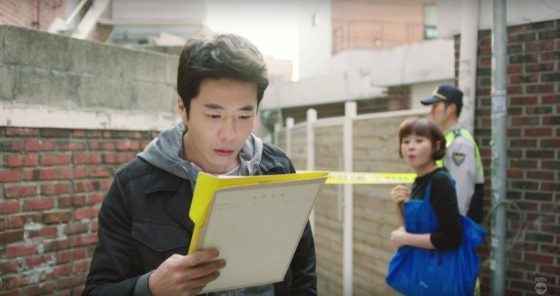 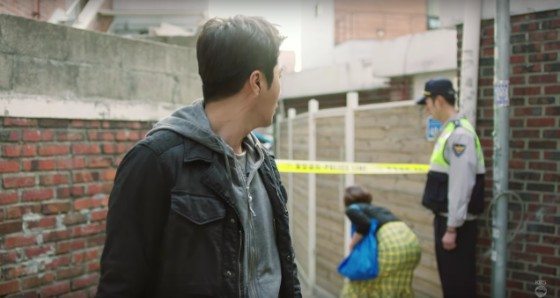 I am so looking forward to this!! I seriously hope it delivers!

I haven't watched Kwon Sang-woo or Choi Kang-hee previous dramas because I always assumed they are masters in the melancholy dept!

Intriguing. I have to watch this.

Choi Kang-hee does comedy quite well. Protect The Boss is one of my all time favorites, due in large part to her, although Ji Sung helps too. Actually, that entire cast from grandma to bff is one of my favorites.

I LOVE mockumentaries! I would love if the drama followed this narrative style.

Exactly my thought when I saw the teaser, lo and behold there was your comment!

All I could of from watching the trailer was how much I wished this is how the entire drama was shot.

Choi Kang Hee's character actually reminds me of Miss Marple from Agatha Christie's novels. Though technically Miss Marple is a halmeoni not an ahjumma. As a big fan of Agatha Christie and Sir Arthur Conan Doyle, I'm excited to see how they'll incorporate a mystery novels fan into investigating an actual crime scene.

There is this american series too.. definitely inspired by agatha christie and miss marple..

I freaking love Murder, She Wrote! If this show has half the heart (and acting) of MSW I will gladly tune in.

"Those American dramas have ruined everybody.” Lol!

So true! So many non-cops partnering up with cops in American procedurals. Lapped them up even though I knew they were nonsense. Most egregious example was Castle. So a popular mystery novelist has better crime solving skills than the best cop in the precinct and because of his connections to the mayor, is allowed to shadow the cops and show up at crime scenes with the real cops.

I'm going to watch the heck out of this drama!!

Castle has the best characters. I love Castle, Esposito, and Ryan's bromance :)

Kinda wishing they would make a Castle like reboot in K drama land. With a few tweaks, it could be a really satisfying romance mystery.

Imagining a wacky "Chief Kim" like "Castle" paired with a no nonsense star female lead detective. Make him a widower and rich author whose wife's death of (say) 10 years ago was never explained. He has a daughter (18 yrs old, smart and calm and wise) and lives with his mother who raises the daughter.

He should be 40+years old and the detective mid 30s. The big arc will be discovering and solving the mystery of how his ex wife died. But several episodic mysteries solved as a reluctant team.

A la Castle, they meet when he is initially a suspect in another murder. Which he helps solve with his wacky theories. He continues to hang around and make the detective's life a living hell (initially) but they gradually learn how to respect each other's different styles.

Bromancing with the lead detectives team. (Which she hates initially) Perhaps a secondary love line for the daughter.

I imagine his daughter, mom and the detective ganging up on him every once in awhile.

You could put in all the cliches into the story if the script and characters were built up right (kidnapping, psychotic killer targeting "Castle" because he killed off a character in his book)

I am tying to think who could play the various roles

Hee I like the teaser! xD I like Choi Kang-hee with her stack of books. I haven't read any mystery novels in so long.

The mix of the lighter comedy with the mystery plot seems to be good. I hope the show can balance it well though.

Kinda hoping that this show will be less intense than typical crime thrillers, but has more smart investigating going on instead.

Is it a serious drama or comedy one?

I think i found my next drama crack after chief kim ends! This looks quirky and fun, right up my alley.

I want to see this SO bad! Can't wait!

OMG this seems a little like Murder, She Wrote - Korean version. I wonder if she will start writing her own stories, too. Let´s see if Choi Kang Hee is a match to Angela Lansbury, my ultimate favoite ajumma detective

A little mystery, a little comedy ..... sounds good to me!

Trailer is so good!

But, does she have a husband? If she does, how am I supposed to ship them?????

Nice to see him doing other genres other than melodramas.

This is the cutest you can get to being cute without using a hundred puppies in your teaser.