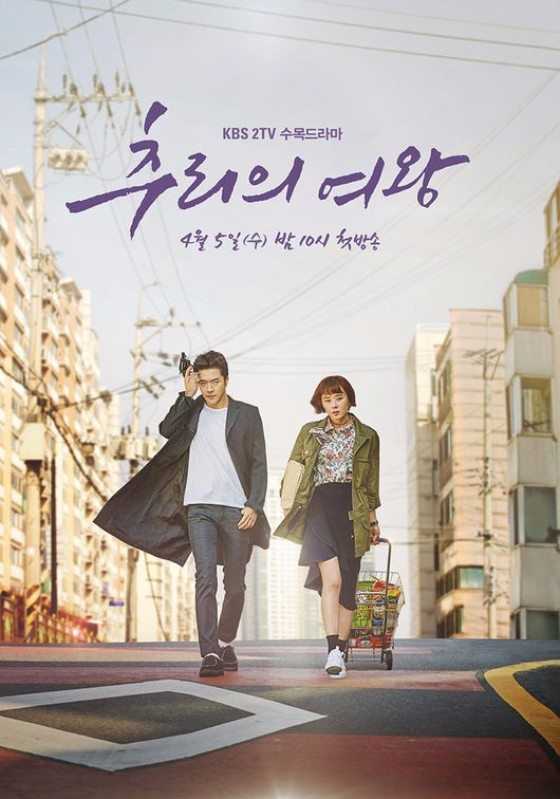 With underdog drama Chief Kim having ended this week in first place (with 17.2% ratings), I’m sure it’s huge pressure for Mystery Queen, the ajumma sleuth drama to follow in its time slot. The new drama is about the partnership between a mystery novel lover named Seol-ok (aka Sherlock) and a veteran police investigator named Wan-seung (aka Watson). Choi Kang-hee (Dazzling Temptation) has been cast as Sherlock, and her not-so-trusting sidekick will be played by Kwon Sang-woo (Temptation).

Much like the classic Sherlock and Watson partnership, Wan-seung is the more emotionally-attuned one, who goes with his gut instinct instead of thinking out all the steps when rushing headlong into a case. On the other hand, Seol-ok takes cool, methodical steps in approaching her logical conclusions, using her naturally gifted deductive skills and all the theoretical knowledge she’s learned over the years through books.

But of course there’s a dramaland spin on things, setting up more room for comedy and potential romance—she’s an ajumma with strong survival skills, while he’s a headstrong ace detective who doesn’t appreciate her intrusion into his work. I really enjoyed the quirkiness of the last two teasers, but this recently released one probably reveals the most information despite its conventional format.

From the beginning, Choi Kang-hee’s voiceover says: “A person who has committed a crime should pay the price. No matter what.” Flashes of violence and suspect case boards are seen, and then we’re introduced to Kwon Sang-woo’s character who says he’s like a drug-detecting dog when it comes to crime, and he can smell something fishy from behind, and he turns around to face a surprised Choi Kang-hee. She’s been investigating on her own and she disagrees with the police on one of the cases, saying that it wasn’t the scene of a theft as they suspect, but something completely different.

Frustrated, Kwon Sang-woo yells at her, telling her that these cases aren’t leisurely hobbies for bored housewives to take part in. She accuses him of using old unreliable investigation techniques, solely dependent on suspect confessions. Perhaps that was the last straw, because Kwon Sang-woo swears that he’ll make her eat bean rice (referring to prison food) and she gets dragged away. Although later, we see Choi Kang-hee grumbling that she won’t die of eating some bean rice, and the teaser ends by trailing off with Choi Kang-hee’s conclusion: “I’m sure the criminal is…”

Wednesday-Thursday drama Mystery Queen will begin airing next week on April 5 on KBS. 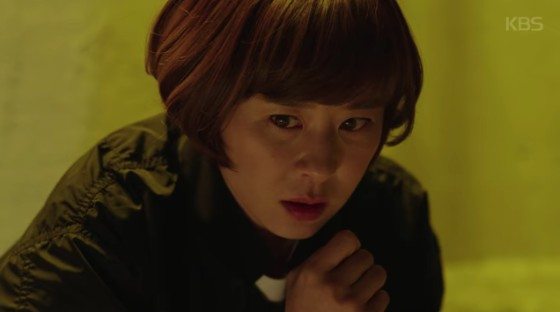 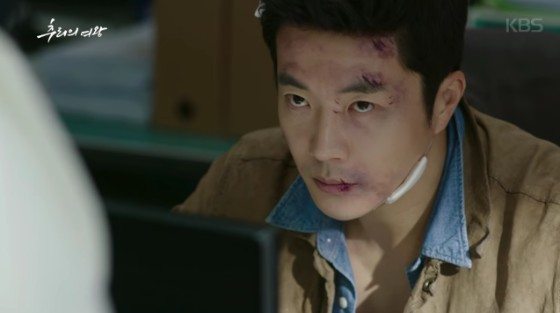 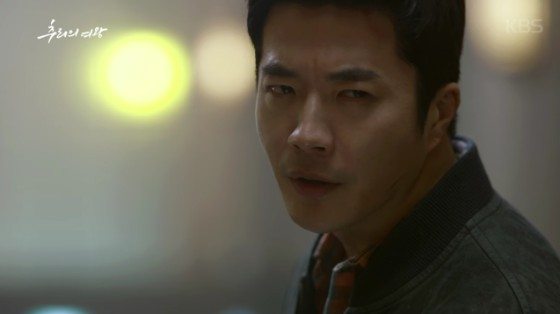 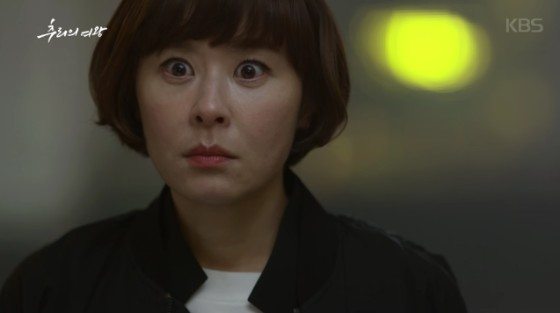 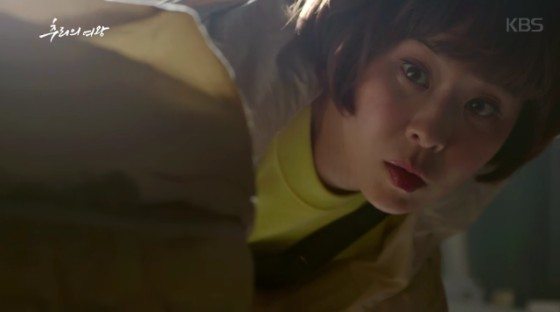 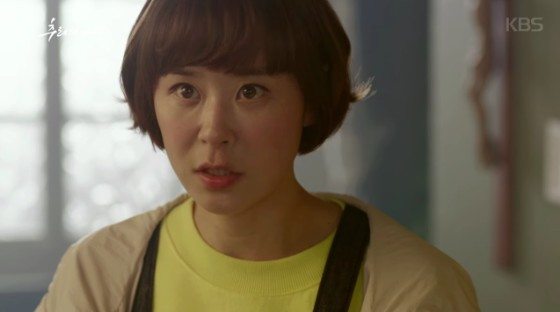 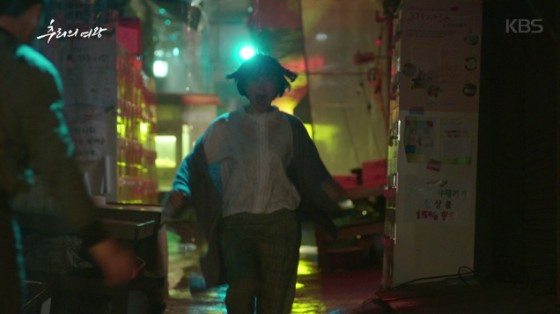 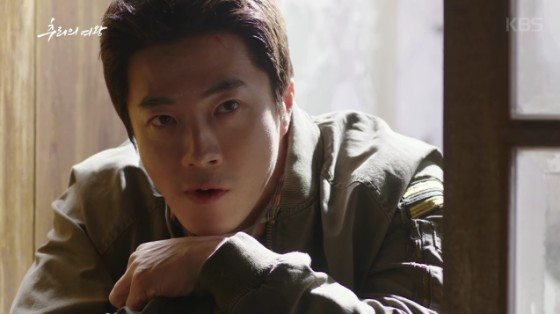 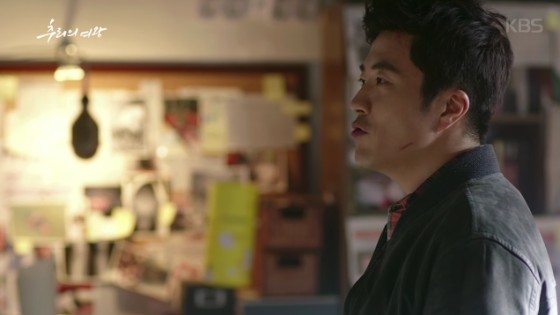 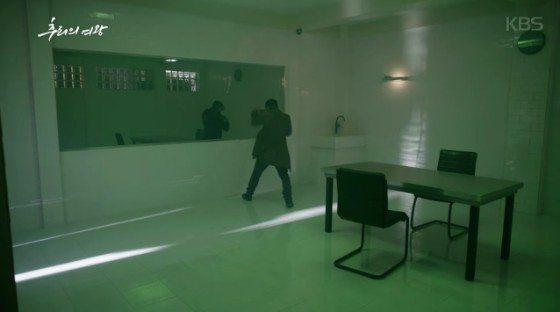 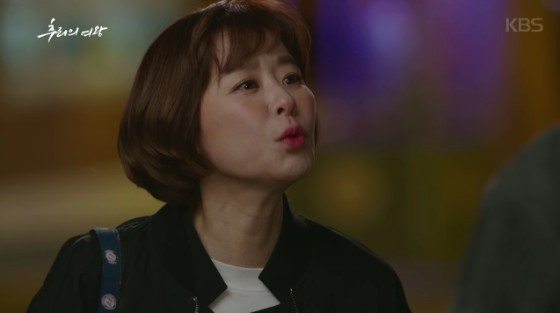 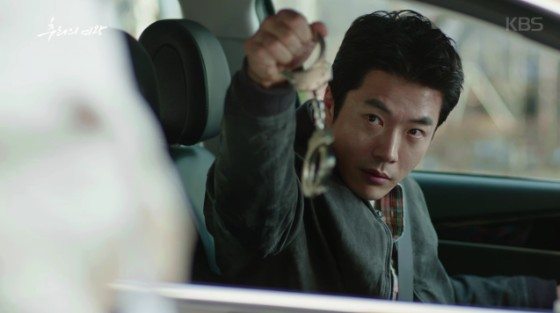 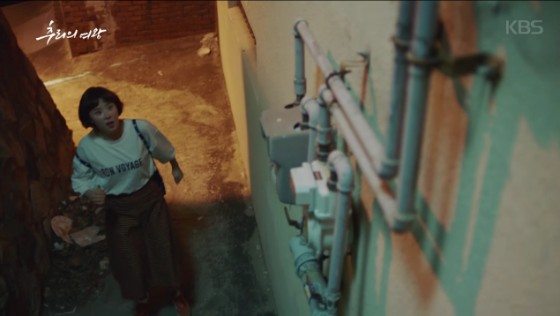 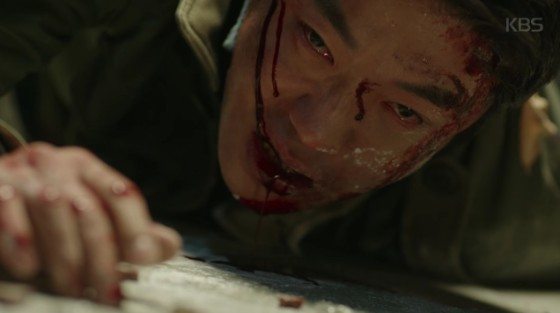 Lol agree, not another sherlock drama! I already have hard time reading all the subtitles then think about the fast dialogues (in case of mystery dramas), then figuring out what they're saying while keeping your eyes fixed on the screen, a lot of work. Also on your choice of drama, I would say bring it on. I think I won't mind another boys over flowers lol. This genre is what kdrama is famous for in the first place.

I know. Just like watching Voice and Tunnel. Need lots of concentration and feeling at the edge of my seat but when I'm watching rom-com like Strong Woman or comedy like Chief Kim, I just relax and laugh at their antics. The difference is there.

But I still love crime dramas (and also rom-com). Lol.

Yeah, watching dramas like Signal is actually a lot of work. I usually end up missing watching their faces/expressions.

Lol. You can try out rom-com Strong Woman Do Bong Soon and also Radiant Office. All are of poorer lead gals though the former do have crime (but not mystery) in it.

as someone who digs dark crime dramas... i welcome more of them thank you

You mean the prickly jerk and the doormat. Thanks, but no thanks.

I'm excited. Too often, the entertainment industry only focuses on the trials and tribulations of the younger generations (partially because younger actors and especially younger actresses haven't been touched by "aging" yet); I'm excited for a drama that centers on a person who belongs to the middle-aged group.

We often forget that life is still full of adventures for people in their 40s and 50s and even when they're seniors. It's one of the reasons I loved Dear My Friends so much.

I'm optimistic for this drama. I'll be even more blown away if there are ZERO love lines. But...I won't expect that and will just consider it a cherry-on-top if it does.

The poster has so much Leon vibe but he's not the cleaner; hilarious!

This year is a year full of crime (genre) for Kdramaland and I love it....

Potential romance ? Meaning to say that the lead lady is a single mum or smth like that to make this happen ??

No she has a living very present husband :)

It I bet he won't be nearly as eventually loving and protective or appreciative as the cop.

In other news, this sounds potentially interesting! Could be boring, could be fun, depending on how it's done (when is that ever not true, I know). Here's hoping. :-)

if a guy like that is holding a gun, means there has already been an accident.

I completely agree with your first point and was about to make the same comment! No doubt it looks very cool and all, but its the best way to blow your brains out, accidentally of course.

I'm watching a lot of crime kdramas lately. This one has a main duo investigating like Tunnel. I love crime shows as long as they're engaging and satisfying.

I feel like this duo will be different than the Tunnel guys. I like that the main character is an older woman too. Hope the show debuts with decent ratings.

If this drama follows the script it has laid out, it will be breaking so many conventions.

1. A female Sherlock, i.e. a brilliant, logical, attuned investigator who for once is a woman instead of a man (because apparently only men have these attributes). The last thought I had while watching BBC Sherlock was "why do we more often see males portraying the characteristics that Sherlock has?!" And voila, this show!

2. An OLDER female investigator...we usually see in dramas, tv shows, movies, etc that such such meaty roles go to younger women or to actresses who play younger characters. It is nice to see this character being portrayed as an ajumma...because age should not negate one's intelligence or ability to be the star - in one's own life and in a drama.

3. A man as the sidekick. I am interested to see if he remains her sidekick or if he ends up taking center stage. For now, I again appreciate this reversal. There are a few Japanese dramas where there is a female lead investigator and a male sidekick, and I appreciate those (although usually the male sidekick is a younger character, and thus age plays a role in him being a sidekick). I like that here, they are of the same age, and the woman can still take the lead.

And of course, I am a huge of Choi Kang Hee so that adds to my excitement. I still fondly remember her role in Protect the Boss - another unconventional female-lead (drama-wise anyway) performance from her. And I will not lie, it is also good to see Kwon Sang-Woo back in drama-land.

I hope he will remain a sidekick, but I wouldn´t count on it with a kdrama. Usually it is all the glory for men.

it does feel a bit like a level--headed mentor and a rash student dynamic, where the mentee acts first, thinks later and the mentor will try hard to balance his his actions so they would have an actual result.

You should watch more British/European Crime drama, from the top of my head: Happy Valley, Marcella, Midnight Sun, all the Bridges, Miss Fisher's Murder Mysteries, The Coroner, Vera, Prime Suspect and No Offense.

I really love them, they have tons of women investigating and most of them look like real people. Not many love stories, but the crimes are mostly good.

I second Miss Fisher’s Murder Mysteries! The titular Miss Fisher is SO awesome and omg their CLOTHES. Those period outfits are to DIE for.

Another recommendation is The Closer. It was a super long American crime show that has now sadly ended. The main character is the chief of a police department who is nicknamed the Closer because she is that good at closing cases. She's one of my favourite female characters in TV history because she is so undeniably brilliant at her job but at the same time unapologetically female. She goes everywhere in flowery skirts, struggles with her sugar addiction, and slams suspects with evidence when they least expect it. I'm still saving the last 2 seasons for a rainy day.

I just really wanted to thank you for recommending the series since I was desperately in need of a new show to binge watch! :)

I'd not read about this drama before, and so when I came to the part where they were describing the characters, I assumed that Seol-ok was going to be the man because K-dramas don't usually give these meatier, brainier roles to women (especially when there are perfectly good men around to do the job! /s).

I hadn't thought about your third point and since I'm not very familiar with Kwon Sang-woo, I actually assumed that the set-up was more of a mentor-mentee, ahjumma-younger man scenario like you described for other dramas. Two gender expectations overturned in one promo! I'm on board! ^_^

I was a Kwon Sang-woo fangirl way back when. I want to see him again. His last few dramas were not really my cup of tea. But this sounds interesting enough. I'll try to catch it on KBS World.

Crossing my fingers for this. The teasers make it seem interesting and I love detective duos in general!

KSW, why is he mature so handsomely? I love KSW bad-ass and cranky antics better than his expression in melodrama.
Hope this would be good and entertaining.

I'm willing to give this a try.

From an earlier article, The drama’s script won an open screenwriting competition held at KBS

Crossing my fingers that the script is fresh.

Sounds nice. Now I have tunnel and this show to look forward to after a horrible kdrama drought.