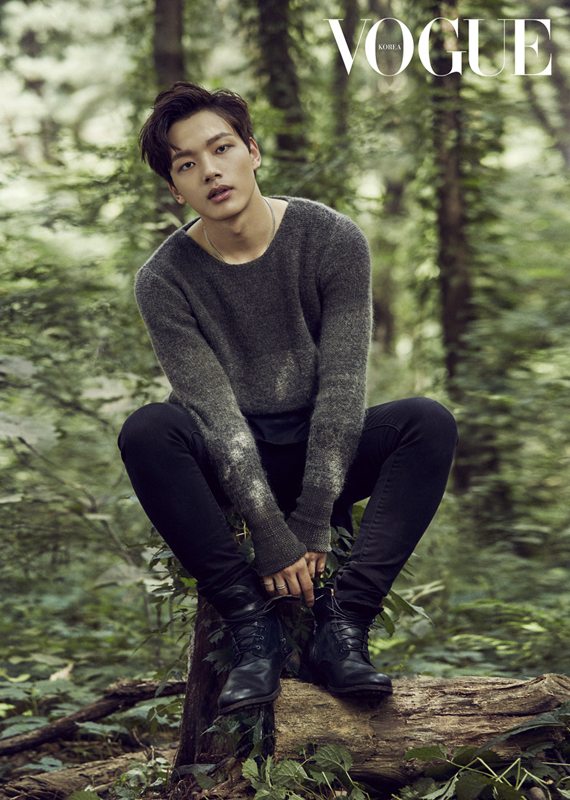 Just when I thought it couldn’t be possible to add more talent to this film, it’s like the movie gods thought, Challenge accepted, and decided to drop this on me. Actor Yeo Jin-gu (Jackpot) has joined the stellar cast of this new historic movie, although his management is still in the final stages of working out the kinks in his schedule to fit it in. He’ll be playing Park Jong-chul in period film 1987, which is about the rise of democracy during an authoritarian regime when Korea was still struggling to find its political identity as a nation.

The role Yeo Jin-gu will be playing is based on a real student named Park Jong-chul who was the linguistics department class president at Seoul University during 1987. When he participated in a protest against some of the actions of then-president Chun Doo-hwan, he was taken away for “questioning.” After multiple rounds of electric shock and waterboarding, his body could not endure anymore and he died in a cell under horrific torture in 1987. After Korean citizens learned about what happened to this young man, under the state’s orders, the public became outraged and this event eventually lead to the June Democratic Uprising.

I wanted to this film even before Yeo signed on because of the amazing lineup, but now I’m doubly excited. If we divide the cast into sides, for the government or for the people, Kim Yoon-seok (Priests) is firmly on the side of the government, playing an official who believes that state secrets (including that of Park Jong-chul’s death) must be kept no matter what for national security. In the gray area is Park Hee-soon (VIP) who actively participated in the torture until he suffered a crisis of conscience.

On the people’s side, there’s veteran actor Ha Jung-woo (Tunnel) who will play a prosecutor who believes the government has crossed a line with Park Jong-chul’s case. Lee Hee-joon (Legend of the Blue Sea) will be a reporter who lets the world know of the government’s “enhanced interrogation” techniques, while Yoo Hae-jin (Luck-Key) will be his informant. Kang Dong-won (Master) and Kim Tae-ri (The Handmaiden) are set to play Yeo Jin-gu’s fellow students who become involved in the anti-government protest movements during that time.

According to reports, Yeo Jin-gu was delighted to receive an offer to be in this film from Director Jang Joon-hwan, whom he worked with in Hwayi. It’ll also be a reunion with him and Kim Yoon-seok, who coincidentally also worked on the same film, where they portrayed a complicated son-father relationship. Another reunion I’m looking forward to is between Kim Yoon-seok and Kang Dong-won, who played a mentor-student pair in Priests, but I don’t know if they’ll actually have much onscreen time together. Also, I swear Kang Dong-won drinks unicorn blood because he really hasn’t aged much since Temptation of Wolf, but there’s more than a 15-year difference between him and Yeo so I wonder how that dynamic will look onscreen.

Now that casting is complete, filming for 1987 will begin this April. So I’m thinking early next winter release, if we’re lucky.

Aside from the AHMAZING cast line up( though I'm such a wimp for these kinds of stories with those of slavery, they feel me with such internal rage and sometimes, disheartening energy that I look for what to do with it), THAT is a great picture up there, that's all!!!

That's a stellar cast. Ha Jung-woo and Park Hee-soon together again on screen! <3

KDW is 36. I too hope they have some explanation because, even if he looks young, no way does he look 22 or under. Hopefully a TA graduate student who has returned to school after some years for his Masters...or some such thing.

I understand your concern and he may still look young but not in his 20s.

Have you seen "Vanishing Time: A Boy Who Returned?" Kang Dong-won looked and acted boyish there. If he leaves his hair long I think he can get away with a younger college look.

omg, i want to see this movie!! not uploaded with eng subs yet.
: (

Indeed he is. I think I will make it a KDW movie night tonight.

Terrific lineup. But excuse me if I still feel rage and anger reading about this time period in Koean history.

It will be a hard movie to watch.

There are more info on Park Jongchul's torture and death here, also the people involved in spreading out the story of his death which I think will be played by some of the cast above. http://koreajoongangdaily.joins.com/news/article/Article.aspx?aid=3028599

It was such a horrifying read... :( Also Kang Dongwon is up to play Lee Hanyeol, and upon searching the name on google, Lee Hanyeol died by getting hit on the head with a tear gas and there were pictures of him passing out in the middle of protest with his head bloody.

Anyway, I'm really happy Yeo Jingoo could take part on this meaningful project with an amazing cast. This is gonna be one hell of an April for him though what with Circle filming and now this... and he will have to promote The Proxy Soldiers movie soon enough. Fighting, Jingoo~~

I think I get what the netizens were making noises about. It's not about Yeo Jin-gu's acting skills because he is very capable of portraying any type of roles, but this is going to be bloody and brutal with nothing to spare.

Yup, exactly. He will undergo a hard time for this role but without a doubt, he will do a great job.

I think this is also why Director Jang Joonhwan picked Yeo Jingoo for this. At 15, he was already able to of portray a huge range of emotion from traumatic experiences on Hwayi.

Even as young as he (Yeo Jin gu) is, I can see that he'll probably be one of Korean entertainment's most prolific actors in history. So young, so talented.

This movie comes right on time. It will be very interesting to learn more about this part of Korean history.

Here is the link for the images of Lee Hanyeol, the character that Kang Dongwon will play :( You will also pictures of the democratic movement protest.

Thanks very much for this link. What a tragic time for S Korea! I am always in awe of people willing to put their lives on the line for principles of democracy. I am watching Tunnel right now which begins with a Hwaseong-like series of murders in 1986. People wonder why the police didn't recognize this as the work of a serial killer. Just ignoring the fact that DNA, profiling etc were in their infancies even in North America, the police were essentially an arm of state control and the rubber stamped presidency of ex-general Chun Doo-hwan. It seems like loyalty to the regime was the main criterion for becoming a police detective, not forensic smarts.

Looking forward to this one. They need to film , and release this soon. I hope it's a good one.

I am starting to have issues with Korean film industry. 90% of new films star mostly men (and mostly the same leading guys), and add one "fragile" woman lead.

So there actually many great actresses in Korea, but a lack of equally mixed or all female large-scale movies. I don't believe that people won't go to see a movie with respectable actresses.

Don't forget Son Ye-jin and Chun Woo-hee in your list of movie actresses.

You are right in that there is an audience that is willing to watch films with a largely female cast. If not, then films like "Sunny" and "Miss Granny" wouldn't have been the huge box office successes they were. It seems that movie producers are still in the mindset that it is too risky to make a film that's predominantly female. Even if there have already been movies like the ones I mentioned that show that there is a draw for them and that's too bad.