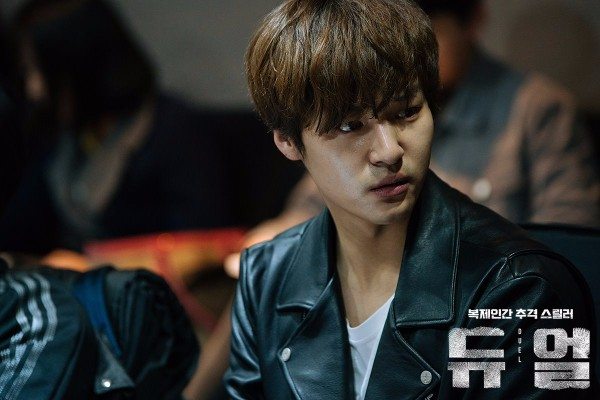 Please wait while I add Duel to my summer drama list pronto: This OCN drama has been low-key about promoting, but now it’s definitely on my radar. Potential dark serial killers, check. Good and evil clones, double check. Throw in Yang Se-jong (Saimdang—Light’s Diary), and you can count me in!

The plot will be centered around veteran actor Jung Jae-young’s (Assembly) character, a hardened detective cop whose daughter is kidnapped. The thrilling story begins when he starts to chase down the suspect using the one clue he has: Two men with the same face were at the crime scene.

Apparently at the script read, Jung Jae-young had such adorable bonding moments with his onscreen daughter Lee Na-yoon (Cinderella and the Four Knights) that the staff have already deemed him a “daughter-loving idiot.” The other main character, played by Kim Jung-eun (Oohlala Spouses), is an emotionless violent crimes department prosecutor, who will actually be a villainous character in the drama. This development is quite interesting, because I can’t remember the last time she was in an antagonist’s role. Her wide doe eyes and natural smile just bring to mind a sweet-faced ajumma, so I’m looking forward to seeing the image reversal.

Last but not least in the main cast, my puppy Yang Se-jong is playing the two clones! There’s not much detail into how his artificially engineered characters came about, but I’m kind of hoping for him to have a romantic-type relationship with Seo Eun-soo, who’s playing a medical journalist. Wouldn’t it be awesomely cute for their thwarted love line in Romantic Doctor Teacher Kim to happen in this alternate drama universe?

In the newly released first teaser clip, a dark hooded figure is shown while rapid sequences of veins and DNA helices are flashed. Then the hooded figure diverges into two mirrored images, and copy emerges that says, “A man exactly like me made me a murderer.” In the second part, the same hooded figure is shown, while the audio plays jumbled voices of Jung Jae-young searching for his daughter. When the hooded figures become mirror images again, this time the copy says, “On the day my daughter disappeared, I saw two men who looked exactly the same.” 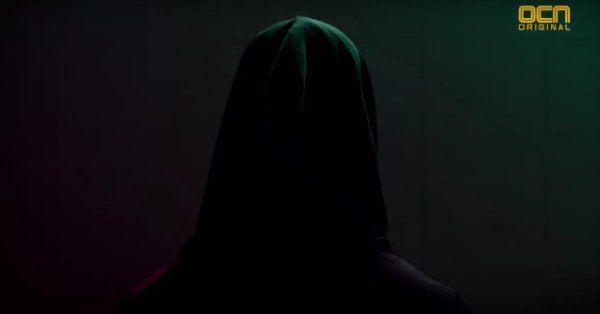 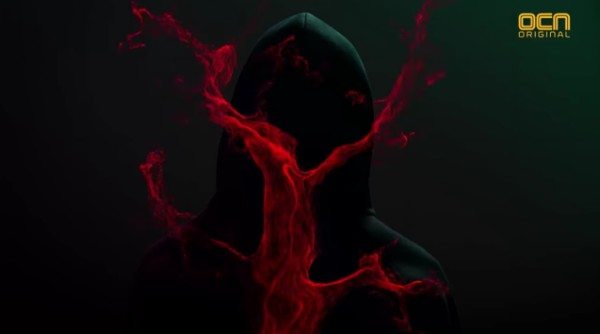 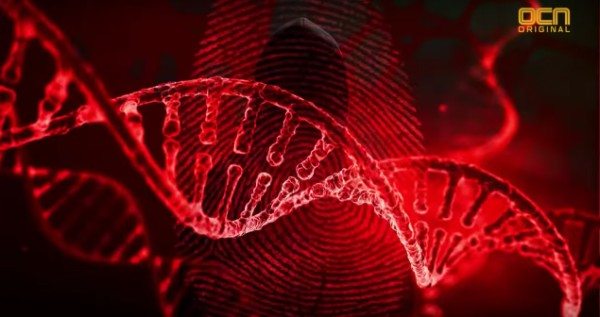 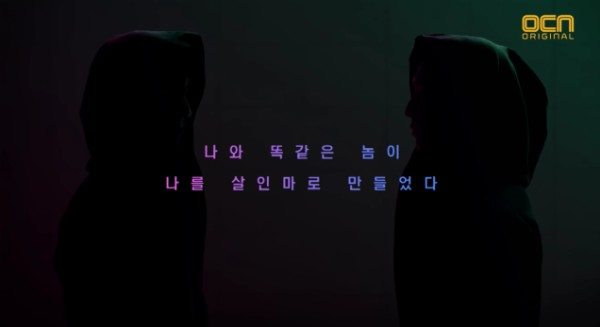 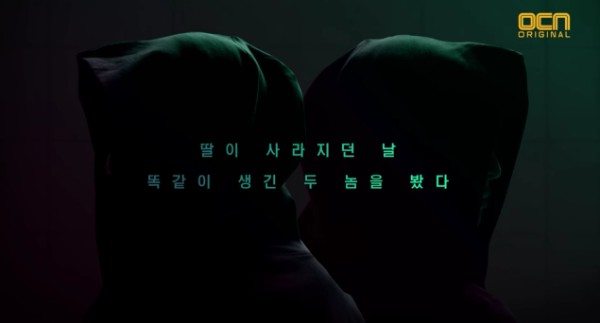 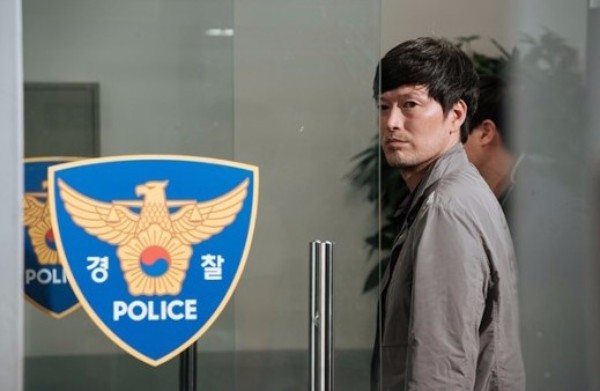 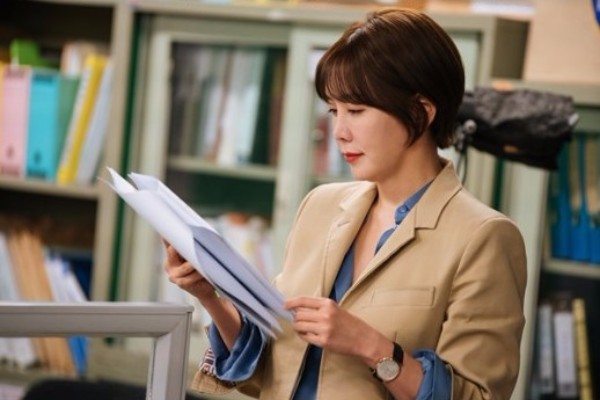 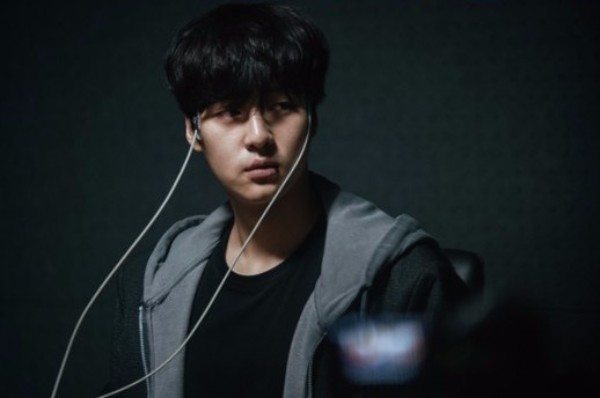 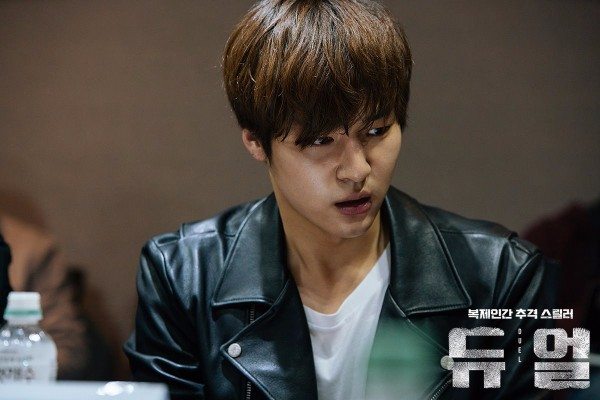 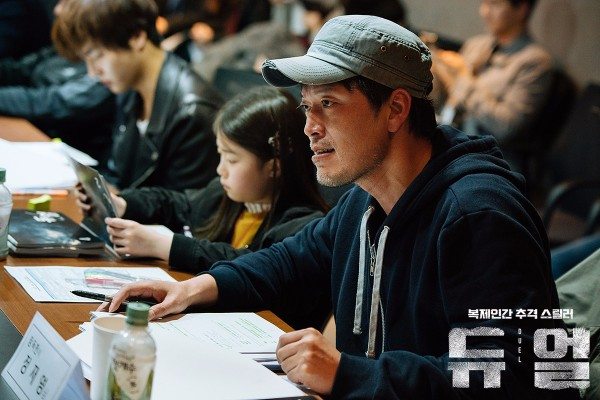 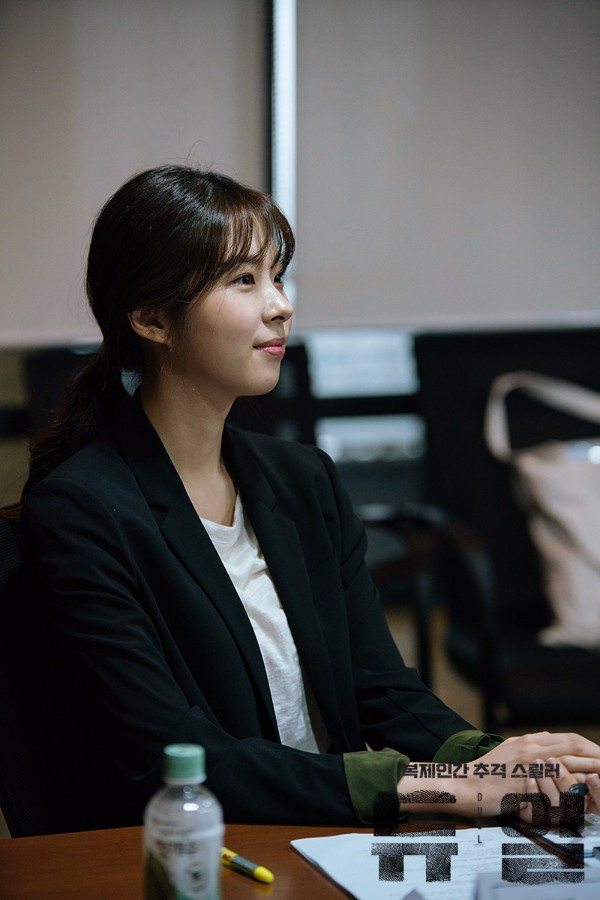 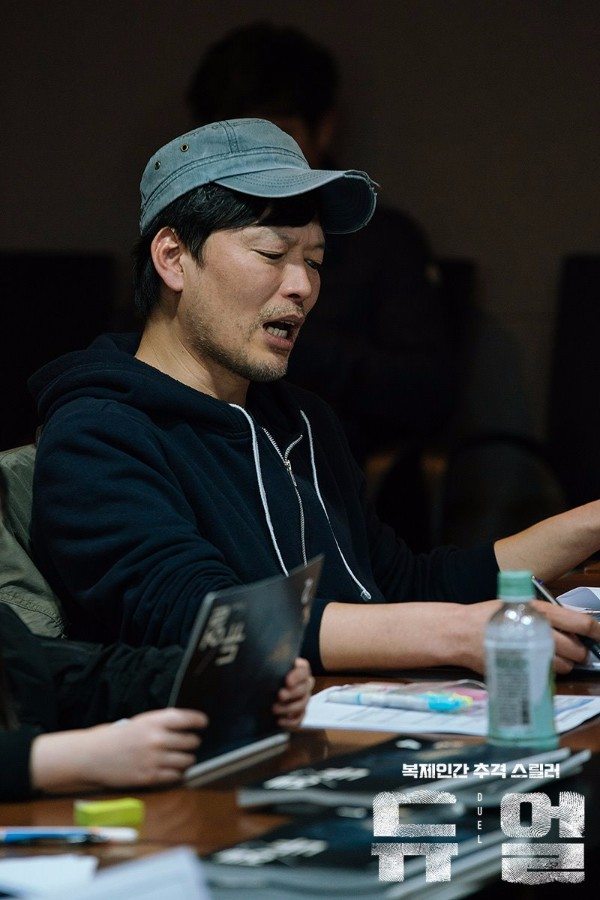 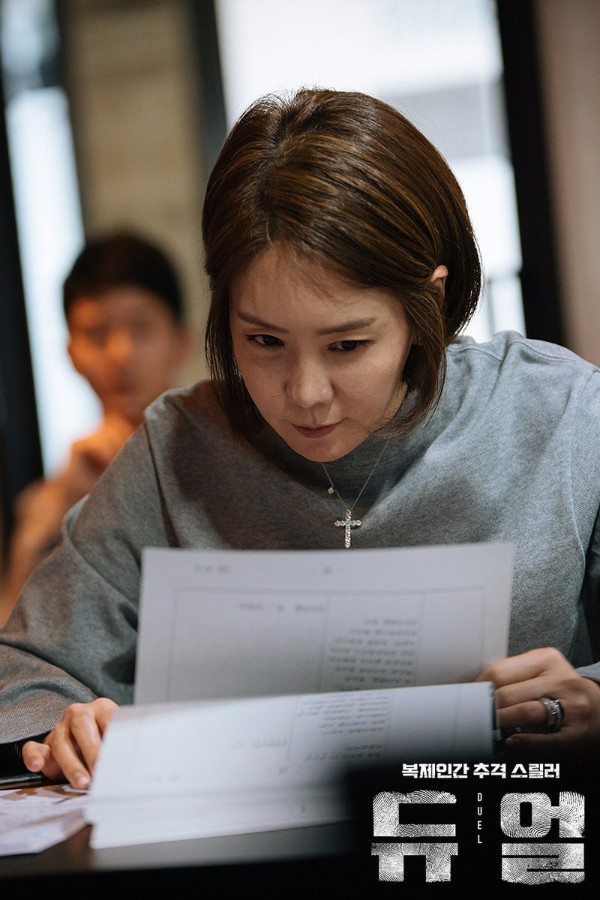 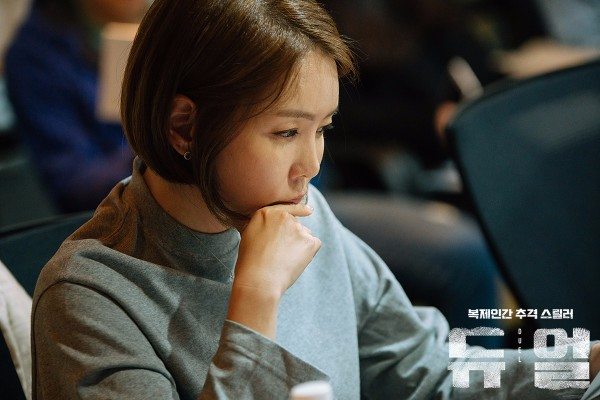 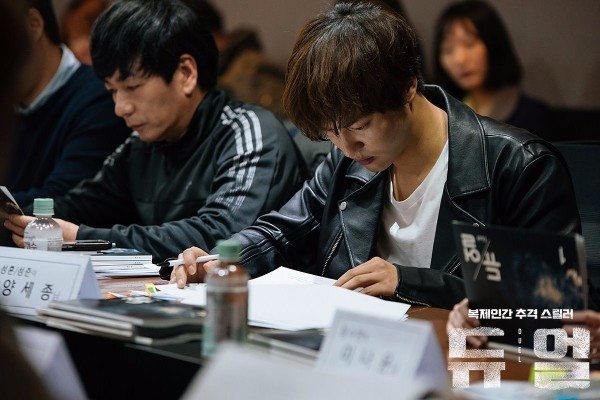 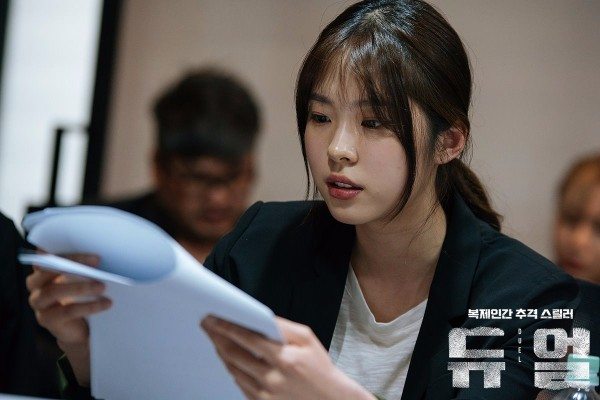 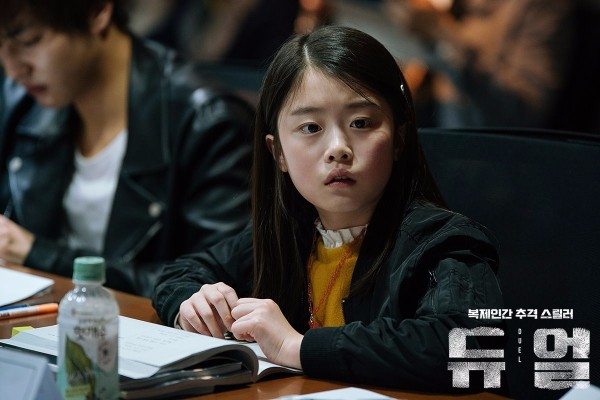 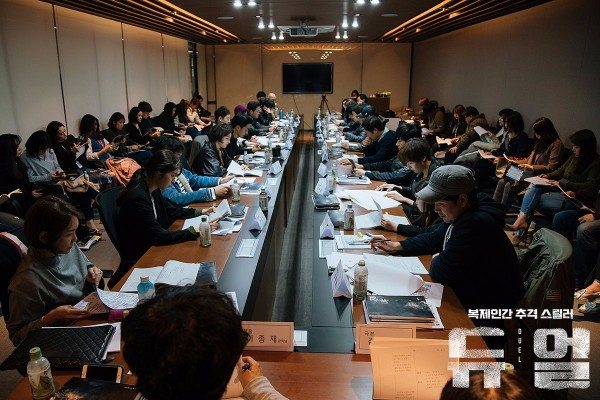 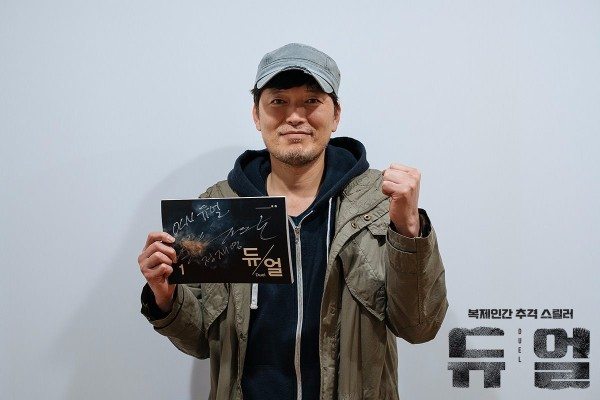 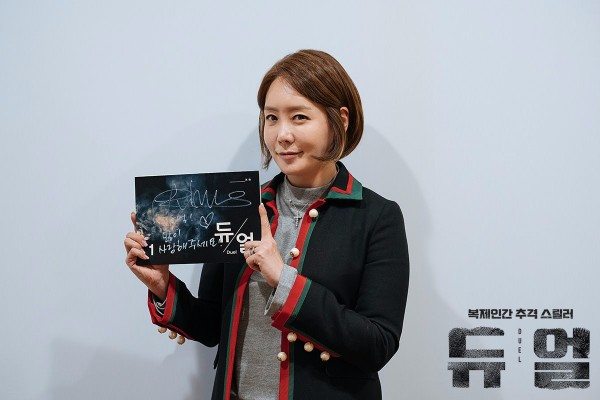 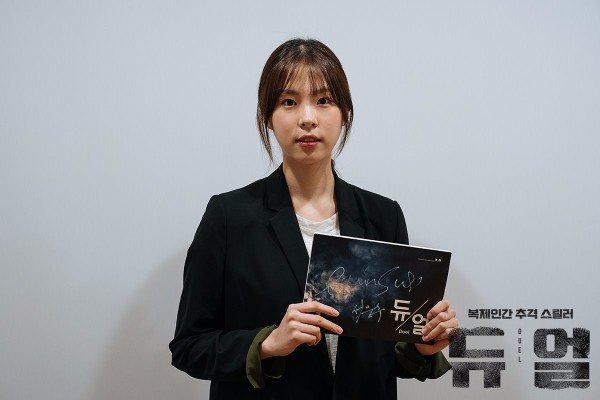 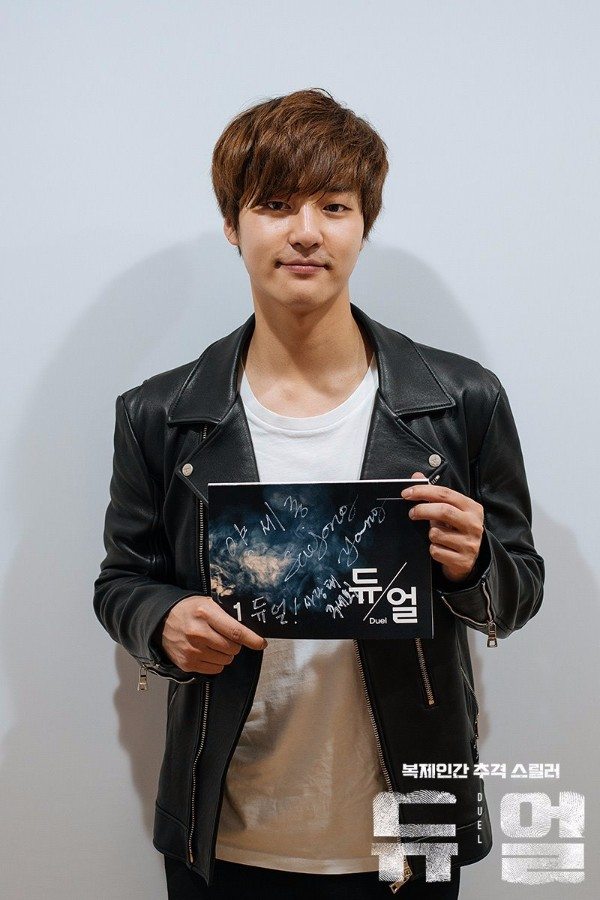 Tis the season for serial killers.

Not that I'm complaining but what's up dramaland? A whole bunch of serial-killer or sci-fi thriller dramas seem to be coming out of the woodwork. It's almost as if all the writers wrote thriller scripts, but kept them away, only wanting to bring them out when the time was right, which in this case is the year 2017.

Anyway, I'm kind of digging the clone plotline and the villainous prosecutor. Seems like a decent enough storyline to look forward to!

This is OCN. That's their trademark drama.

I blame it on the success of Train to busan. Also signal.

OCN have always been like this(Ex.: Vampire Prosecutor, God's Quiz, Ten, Bad Guys, Task Force 38, Voice, Tunnel and now Duel). They are actually airing a romcom now which is new to me. I even tweeted that I'm disappointed at OCN for airing a romcom.

I think it's OCN trying to step up their game as a drama cable channel like TVN and JTBC.

OCN is actually, and has always been, home to crime thriller dramas.

However, a romcom (currently airing) crashed it. I love OCN's thriller dramas, so I am definitely in for this.

I like that they want to air romcom, but not something with low quality like My Secret Romance.

Story does seems like taken from some manga or inspired from some hollywood movie. We can say it the writers cartel.

Same here! I'm so glad that the lack of ratings success with Assembly didn't stop him from taking on another drama! It's great we get to see him for more than just 2 hour movies :)

I have only seen him in You Call It Passion and he's so hilarious ! Might tune in for this drama

I loved him in that too!

I am a sucker for dark mysteries. Bring it on.

I am so silly, but every time I hear the name Duel, I can't help but automatically think of Spielberg's first full-length movie (If you haven't seen it, it's super good).

Am not a fan of any of the actors here but considering that ocn has been making shows that i enjoy this year... i will watch give this drama a shot????

Haven't heard that much about this drama, but I've been loving OCN thrillers so I gotta give this a try. Excited to see Yang Se Jong deliver two different characters too.

Gosh, Tunnel will be over in a month. ?

Not to be demanding but RDTK's puppy x puppy NEED to happen.
Will definitely check this out along with Ruler of the Mask, and circle, and Lee Shiyoung's new drama, OKAY WHY DO I HAVE SO MANY

Thank you so much for the article, tineybeanie. I wonder why there is not more buzz about this drama. It has Jung Jae-Young coming back to dramaland, and the plot is enticing.
I hope everyone submits license request forms to both DramaFever and Viki.
On DramaFever request only need to fill in Title and country (Korea). It barely takes a minute!

I never knew they had a request option. Thanks.

My pleasure... :)
Please use it anytime you wish to have a drama licensed.

I trust OCN with my life. They can do no wrong in my eye so everything they produce is amazing.

Interesting. The plot line reminds me a bit of The third twin by Ken Follett.

I see OCN and I immediately watch.

Is it me or Yang Se Jong looks like Yoon Shi Yoon in the last picture? So excited to see YSJ in another drama and looking forward to the storyline!

same here. i thought it was YSY as well. he does resemble YSY with that hair style and smile.

The hoods in the posters look kinda Goblin- and W: 2 Worlds-esque...

omg i didn't recognize him and had to google who YSJ was playing in RDTK and turns out it's our resident puppy do in bum! XD
i thought he was yoon shi yoon too..

Throw in a bit of sci-fi and I'm a goner.

Haha I thought the photo of Yang Se-jong in a leather jacket was a drama still because he was so into character!

I've totally forgotten about this drama but this looks so dark and intense I already love it!

And there will be a reunion with Dr. Woo. They looked cute together in RTDK. I though there would be a love triangle between Dr. Do - Dr. Woo - Nurse Park. But well, the roller-coaster - like love pentagon between Do In - bum -- Yoon Seo - jung -- Kang Dong - joo -- Woo Ye Hwa -- Park Eun Tak was more fun!

I hope they can continue their bickering here and get their "Romance".

Hwaiting Dr. Do and Dr. Woo.

First Lee Young Ae, then Han Suk Kyu, now Jung Jae Young - Yang Se Jong surely building his resume with top veteran actors. I wonder with whom he will act for the next project. It is good to plan well from the early of career. I wasn't particularly impressed with him in RTDK at first but he slowly won my heart. He is great in Saimdang too. I am soo looking forward to this drama. And please make both RTDK puppies have romance in this drama, is it possible? ;)

YAY! Thank you OCN for making shows that I love.

Well that was short but intense!! Count me in!

"Wouldn’t it be awesomely cute for their thwarted love line in Romantic Doctor Teacher Kim to happen in this alternate drama universe?" --- I AGREE!!!

OCN is definitely owning this year! Voice, Tunnel and now this. I thought I was going to have a withdrawal syndrome after voice ended but I literally had no time for it coz Tunnel immediately gained my attention.