Fate of Jang Nara’s Housewife Detective up in the air 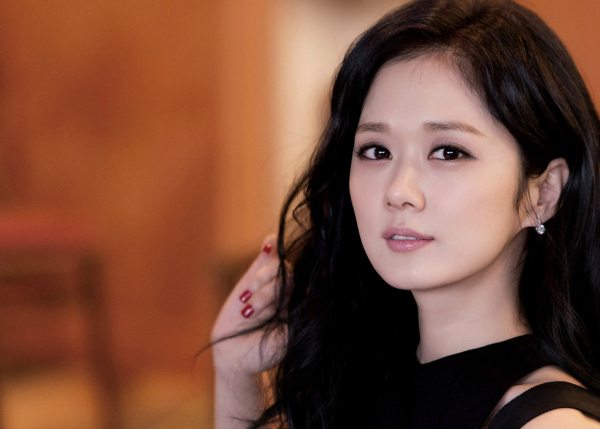 And so continues the saga of dramaland production woes. There are some conflicting reports, but it’s starting to look like fans of Jang Nara (One More Happy Ending) might have to wait a little longer for her comeback to the small screen. Jang Nara was up to play a single mom who becomes an assistant detective to a private eye in Housewife Detective, but production has stopped on the project for more than two months, and there’s no sign of it picking back up.

This story actually broke because of news regarding another drama in the works: Ha Ji-won’s Hospital Ship, which was originally supposed to follow MBC’s Ruler–Master of the Mask, has pushed its premiere to August, leaving an empty spot following Ruler’s run. Reports speculated that Housewife Detective would take the vacancy, but after further digging, news outlets found that the project was pretty much dead in the water.

On April 19, it was reported that the production company, MStar Media, had gone bankrupt, and that filming for Housewife Detective had halted back in early February. The drama was initially planned to be pre-produced, and their original schedule was that all filming for the show would have wrapped by the first half of the year, with a simultaneous release in both South Korea and overseas in late 2017.

Management for the actors have said that they don’t expect production to resume, and that they haven’t been able to reach MStar Media for clarification. The agencies have reportedly begun proceedings to nullify their actors’ contracts for the project, and some are considering taking legal action. The cast and crew were also supposed to have received partial payment in the middle of February, which, of course, hasn’t materialized. Even members of the crew are said to have moved on to other projects.

MStar Media has since released a statement refuting reports that production has stopped entirely, explaining that they are still currently negotiating with broadcasters. They added that Housewife Detective was never supposed to be the follow-up drama to Ruler.

I’m not sure whether MStar Media is clinging on to a desperate hope that they’ll somehow be able to revive this sinking ship, or is just in denial, but even if they can come up with the funds to restart production, it doesn’t look like they’ll have a cast or crew to actually film it. I was already giving the show a skeptical side-eye the moment Chansung (Ms. Temper and Nam Jung-ki), who had signed on to be the private eye, joined the cast of KBS’s upcoming Seven Day Queen.

It’s unfortunate, because I was looking forward to having Jang Nara back on my screen. I have a soft spot for her because of her stints in some of my favorite old-school shows like sitcom Nonstop and Success Story of a Bright Girl. Hopefully, she (and the rest of the cast and crew) will have better luck with her next project.

Another victim of the THAAD dispute?

Bad enough to cause a production company's bankruptcy? :/

Is at least Hospital Ship still save??

Is it really THAAD's fault if they haven't even got a drama out for China to reject yet?

These small production companies are placing all of their hopes of survival on one hit drama...oftentimes, requiring the pre-sell to China to procure the funds for production. Now that the source of funding is gone, they have no way to survive. This is what happens when you place all of your bets on one market. Productions companies in Korea need to broaden their scope and vision beyond China in order to survive. They just need to come to DB to see there are awesome K-drama fans from all over the world!!!

Small productions don't pre-sell to China. Dramas can be pre-sold are only those that can asure quality and those that DO NOT rely funding of from domestic broadcasting station because it has an investor like DOTS with NEW. And who said China is the only market for kdramas? As far as I know that Japan paid Arang and Magistrate for $200K per episode in 2012 and that was not even a simulcasting? While China only paid $250 K for DOTS in 2016 for a simulcast rights.

I was so looking forward to seeing Chansung together with Jang Nara. I was wondering what was happening with this project since details after the show was first announced were almost non existent.

Rats! I'm bummed out because Jo Hyun-jae was finally going to be back in a drama, too.

Is Jo Hyun Jae confirmed? Have they started filming?

The DB article dated Jan. 9 said that he confirmed to play the role of the prosecutor. That was great while it lasted. Auwe!

i hope jo hyun jae finds another project! missing him so i rewatched his old but good drama love letter where he was awesome n too bad he didn't win an award for his great acting there! :(

What hurts the most is that they have started production. . . all that time and energy wasted of the crew and the actors. Tsk tsk.

Oh this is not good! I was so looking forward to having her back on my screen and the premise sounded cute!

Plus I feel so bad for all the cast and crew! They had already started working, and I wonder if they will receive payments for their time and effort!

There were signs from day one that this production wasn't going to be a smooth one. The drama didn't get picked up by any broadcaster, it was aiming for simulcast in China when the anti-Hallyu ban was already in place, etc. There's also the fact that Jang Nara doesn't have the same star power she had years ago; she's just a Hallyu star in name right now. It's a pity, because she's had a couple of rating flops already and I'm not sure if we'll get to see her on screen soon...

Sadly it likely true that without her Chinese connection and the pretty much as close as you going to get guarantee sale for her dramas over there, she going to lose a lot of her 'star' power to get lead roles in Korean drama. Though there are two broad types of lead actress, those that as you say are cast because of who they are, and those that are cast because how they can act. I would suggest Jang Nara can easily fit into the later, and as she is closing in on 40 years she may will be ready to take on supporting roles soon or she may finally get married and just semi retire lol

When she returned to Korean dramas back in 2011, she had already lost her shine in Chinese showbiz. She pretty much gave the K-entertainment industry a reminder that she's still open to roles in Korea with BFB, and it turned out to be an unexpected hit. In fact, she was doing really well in Korea with BFB -> School -> FTLY which were all well-received dramas. I don't believe most of her offers has anything to do with her "Chinese connection". It's just that she was a hit-maker with her slew of dramas. Now that she's got a couple of flops under her belt, she's no longer hot commodity and that's only natural. I doubt she's at the point where she needs to take up supporting roles though; actresses well into their 30s are still doing leads. And Jang Nara consistently stars in female-centric dramas, which is testament to her standing among female actors. I just think that we may not see her as frequently as we did the in the past few years.

That's sad because she has the start power in my case. I will watch her do anything!

Some internationals still adore her. Even if she's just a standard lock in for the rest of the demographic. She's always my choice.

This is bad, I really like her and was looking forward to having back on my screen! I don't know how they're going to save this since the cast has already started moving to other projects!

MAN i was so looking forward to another awesome kickass jang nara detective character... Alas. Also that sucks for everyone involved. Hope it gets resolved :/

It's better to stop the production early than not being able to pay the cast and crew after months of working hard.
I am not interested of another Ahjuma detective hope she would find another good project soon.

Noo I want all the ahjumma detectives!! They're so awesome!

A housewife becoming an assistant to a detective sounds like another plot lifted from a Japanese drama, just like Hospital Ship. Hmm, though they didn't say whether these are remakes of anything.

Poor Jo Hyun Jae, was looking forward to his comeback.

yes me toooo! i miss him!

I'm bummed. I really like JNR and thought the story sounded good. Hopefully we will see her in something else good soon.

Sad to read this. I hope she gets a project she likes soon

Ugh. All I can say is don't delay my Girl Fan!
I'll take a different drama. I'm upset and the time/money list and more. But I hope to see her soon. And content to be back. She lights up everywhere she appears.

i was looking f/ward to this also bc of Jo hyun jae as one of the leads! awww