Jeon Hye-bin up to join SBS’s Falsify as photojournalist 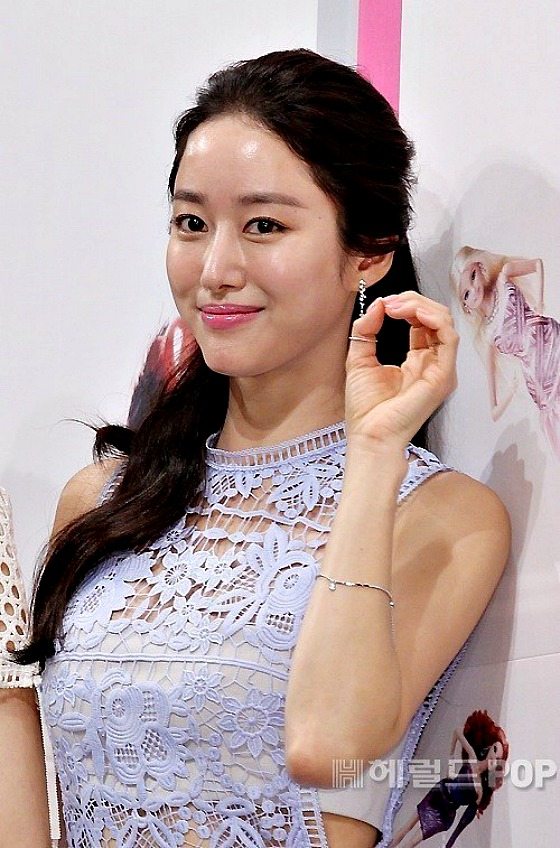 It looks like 2017 will be the year for legal dramas, at least for SBS. Jeon Hye-bin (Woman With a Suitcase, Oh Hae-young Again) is up to potentially join Chun Woo-hee (The Wailing) and Yoo Joon-sang (Pied Piper) in upcoming legal thriller Falsify. All three are still positively considering their offers, but I hope they confirm, because that would be one strong cast.

If she accepts, Jeon Hye-bin will play Oh Yoo-kyung, a veteran photojournalist on Yoo Joon-sang’s news team. Oh Yoo-kyung is described as cool-headed and strong-willed, and has a long working history with Yoo Joon-sang’s character Lee Suk-min. She’ll also share a passion for justice with Lee Suk-min and Chun Woo-hee’s prosecutor character Kwon So-ra. Oh Yoo-kyung sounds pretty cool, which is even more reason why I think Jeon Hye-bin should take the part. My opinion of her fluctuates between her roles, but I liked her best as Hye-won in Joseon Gunman, and I’m getting a similar vibe from the little description we have.

I have to say I’m feeling a little fatigued with all the legal dramas up the whazoo lately, but Falsify is shaping up to be promising with strong female leads, which I always appreciate. I hope the show finds a way to differentiate itself from the horde, and gives us a satisfying story of good people winning against the corrupt powerful.

SBS’s Falsify will take up the Monday-Tuesday slot in July, after Joo-won’s My Sassy Girl and currently airing Whisper end their runs.

Via My Daily, Herald Pop, Osen

I only saw her in Joseon Gunman and she was fine. I don't know here well so depends on the rest of the crew I will decide whether I will watch it or not.

Definitely, I think either they have set the theme for 1 year or they're in the mood to have similar dramas all year long.

Last year until the beginning of this year : medical ????
Korean drama mostly about legal, medical, police, or sageuk

I loved her in Oh Hae-young Again! That is actually the only show that I've seen her in so far. Hope this one is good so I'll have another chance to check her out.

I loved her in OHYA too, I started off not liking her very much but at the end if the show I was already in love with her character.

Will this be the drama that finally succeeds casting Chun Woo Hee? She'll be in good company if she accepts. Yoo Joon Sang is one hell of an actor. Can't say much about the plot yet, I'm not big on the legal drama genre although I did recently finished The Good Wife and loved it, so it remains to be seen what this drama has up its sleeve. For now I'll say the promise for strong female characters is a pretty strong pull.

I'm not holding my breath. She has movie offers so I won't be surprised if she turns this down too. Kind of excited to see her act with Sol Kyung-gu and Oh Dal-soo if that movie project is still a go.

She makes great likeable second leads. Let's hope they all accept, a legal drama depends for a good deal on acting chops.

Loved her in Oh Hae-young Again.

I don't think the legal dramas are going to slow down anytime soon, but can we at least mix it up a bit? Is a legal fantasy drama with aliens too much of an ask?

Lol, right? At least Suspicious Partner seems to be a bit zany, if it's anything like its promo event, that is.

I Remember You (from this writer) was zany and insanely creeeeeepy and also super touching and heartfelt at times. A lot of this was also on the actors shoulders (Bo Gum was great in it!). I hope Suspicious Partner will deliver, but it is a weird genre mashup to pull off.

Well, I'm not really a big fan of legal dramas, unless they have a different plot approach than the already very repetitive cliché "case of the week" or something like that, so I will probably skip...

I'm not huge on legal dramas, but The Good Wife surprised me so if it gets good reviews I might give it a go. This gal was excellent in Joseon Gunman and the role sounds perfect for her.

Totally forgot about My Sassy Girl lol. This looks like it could be good. Gonna wait for more info to come out but am cautiously optimistic.

I lup her! She slays in sageuks even before Joseon Gunman came along. I had something to write home about after watching her portrayal of Yeonsangun's mother in Queen In-soo. She owned it and more.(Would've been nice if she make a cameo appearance in Rebel). Before that, she was in "The King and I" and "Yaksha." I hope she'd accept this role. Haven't seen her since "Oh Hae Young."

Totally agree, she rules at sageuk! I'm trying to remember if I've ever seen her in a drama set in modern day...the only thing that comes to mind is Sang-doo, Let's Go to School!, where she barely had a part. Let's just say she's really improved a lot since then hahaha.

Imagine if Cheon Woo-hee actually accepted and we got to see the two of them together!

That would be awesome :).

Didn't she just get off a legal drama? I like her, she's a solid actress but I confess that the many tense thrillers and legal dramas have me feeling fatigued. Time for some sunny and warm, light and fluffy romcoms!

Little wonder why SWDBS was such a hit. It was one of the few romcoms airing during this period.

I agree. A light hearted rom com or slice of life show will be a hit as there are so many shows of the same genre coming on the Big 3 and I'm so fed up already since neither legal dramas nor crime noir thrillers are my type of shows.

Love Jeon Hye-bin but I think I'm in a slump because there are too many legal and mystery dramas these days. I wish the trend would die down soon. I'm in the mood for something light and fun. (P/s: I love that she's dating Lee Jun Ki!!!!)

I love that she's with Lee Jun Ki, too! I've been wanting the rumors to be true since they first got out. On another note, will Jeon Hye Bin ever get to step up to main lead? She's always playing the 2nd lead, although she manages to steal the scene each time.

I am a fan of legal dramas but it feels like I getting a bit too much of it nowadays. But when they bait me with CWH.... I guess I'll check it out ???

axcept for Joseon Gunman i had never follow her dramas faithfully and now she's i my radar because she date Lee Joon Gi lol!

*except
*in
yep, i blame my old smart phone

I only watch her in 2 dramas: Another Oh Hae Young and The Taste of Curry. I didn't get special impression about her. It was until I watched episodes of Law of the Jungle when I began to form some kind of girl crush to her. She's so badass in real world. I hope she slay this character...

Btw, DB team, I have registered an account in this site but I don't get email confirmation. It was last week.

I love her ? I didnt finished Woman With A Suitcase because it was not really intriguing than I thought it is supposed to be. Although she was still good. If Chun Wo Hee declined, I don't mind to see Seo Hyun Jin acting along her again. ? Two besties in real life and acting as besties (probably) in the drama sounds so cool. I want CWH to do drama but I think she is taking the movie instead.

Aside from that I love that she is dating Lee Junki. It is quite sad to see some fans insulted her, though - saying she is not pretty etc. I hope things will start to cool down soon.

Love it that they are good friends in rl. I would love to see them together in a sageuk.