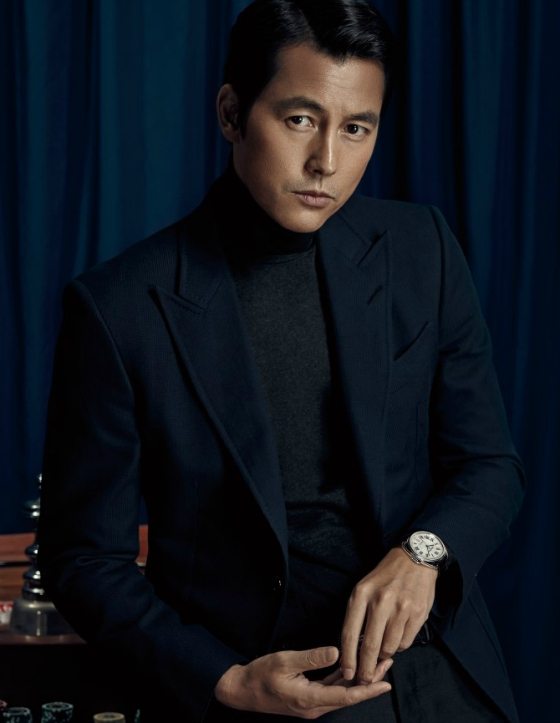 Actor Jung Woo-sung (The King) has confirmed that he has received the script for dystopian film Jin-roh: The Wolf Brigade. He is currently reviewing the offer carefully, and may end up joining the cast in the role of a training officer named Jang Jin-tae.

The movie is set in an alternate reality where North and South Korea have been getting ready for reunification for the past seven years, but complications occur because there are political forces on each side that don’t want the merger to happen. It’s based on a Japanese anime by the same name, which was produced by director Okiwuri Hiroyuki. The storyline from the original anime was set in a post-World War II background where Japan had become a police state. So while the actual plot may be very different, perhaps the original themes regarding surveillance, military control, and governmental intrusions on the rights of private citizens may still be present.

Famous director Kim Jee-woon, who is helming the film, has already cast Kang Dong-won (Master) in the lead role of the Korean version of Jin-Roh, as a special task force officer. If Jung Woo-sung decides to sign on, he’ll be reuniting with Director Kim for the first time in eight years since The Good, The Bad, The Weird and Gift.

Jin-Roh is still in the casting phase, and will begin filming during the latter half of this year.

If he did sign on, that'd be such a great film to look forward to :o

That man is just all kinds of deliciousness! Like a fine wine, he just gets better (and sexier) with age.

Jung Woo-sung is love! Always happy to see him in new projects.

Yaaaas. Jung Woosung to me is someone whose acting is underrated because of his look, but his performance is always satisfying.

You mean to tell me he could've landed more interesting roles where he outshines everyone else? hmpf

This man is so fiiiineee!

So the latest controversy involving Kang Dong Won has subsided?

I saw Jin Roh, and it was very sad and tragic. I think Kim Jee Woon will definitely bring this anime in real life with his directing.

Damn, when I heard Kim Jee Won is making a live action of this anime I was pumped! But he announced quite long ago so I thought the project has been abandoned.. so glad to see that it's still in development!!! I'm now curious who he's going to cast for the little red riding hood.