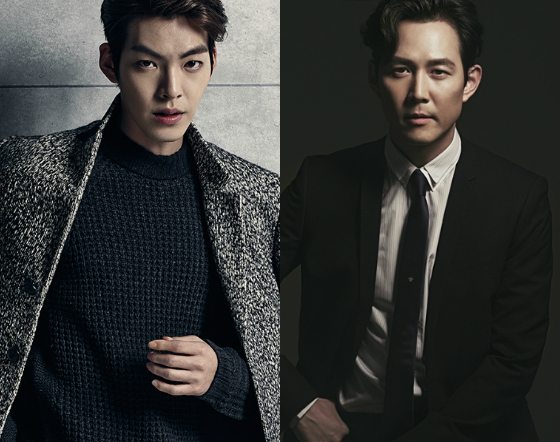 Kim Woo-bin (Uncontrollably Fond) and Kim Eui-sung (W—Two Worlds) have received offers to star in director Choi Dong-hoon’s new movie Wiretap, which is the Korean remake of Hong Kong crime-action thriller Overheard. Lee Jung-jae (Operation Chromite) and Yeom Jung-ah (Mirror of the Witch) have already signed on to be part of the cast.

The movie is about a special police task force that delves into a large-scale stock manipulation case involving the most powerful corporations in Korea by wiretapping their inner network. Lee Jung-jae will be playing a quick-thinking police investigator with fast hands and masterful observational and camouflaging skills.

He’ll be aided by Kim Eui-sung (if he confirms), who is to play a veteran officer on the task force, while Yeom Jung-ah will be the supervisor who leads this intelligence-gathering team. Kim Woo-bin has been offered a role as a rule-following traffic cop, who accidentally stumbles upon this task force’s mission and becomes involved in the case.

For Wiretap, Lee Jung-jae will be reuniting for the third time with director Choi, whom he worked with on two of his previous hit mega-blockbuster films, Thieves and Assassination. Kim Eui-sung was also a part of the Assassination team, while Yeom Jung-ah was in Choi’s debut film The Big Swindle. So Kim Woo-bin would be the newbie on the team, but I’m sure he’d be a welcome addition with all the star power and charismatic acting he would bring.

Filming is supposed to start as soon as this rapid round of casting is over, and just judging by the cast, it looks like this’ll be the to-watch movie of 2018. 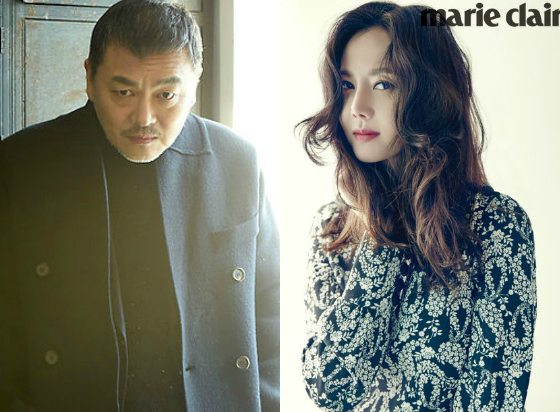 KWB going strong in Chungmuro. From one big project to another.

I'm really happy with his career progression so far. Though he only appears in movies (mostly) but he has worked with some of the best Chungmuro actors and directors.
I have to admit KWB was an average actor at first, but now he keeps becoming better and better.

Will Jun Ji-hyun be cast?Want to see her in a movie.

What a great cast that would be...Kim Woo Bin is doing quite great in Movieland yet somehow i hope he would also return to do some dramas,really miss him(even if i watched Master)...

ohhh the HK version was so good!

It was!! I loved it... I hope this version turns out good, like Cold Eyes. That was great~

Very cool, I wish K dramas did more co-productions with China or Japan, the other big economies of Asia, that way Asians could compete better with Hollywood. China, Korea and Japan combined have an economy as big or more than United States.

China has a massive over THAAD, just don't expect them to collaborate with Korea in near future. And Japan seems disinterested in world domination with movies, they keep working in domestic audience.
China is more interested in overtaking Hollywood inside. Buying companies and giving financial support.

I hope the execution will more into assasination rather than the thieves.

To be honest, I am more happy to read about dad/no face's casting than Kim Woo Bin :-)

Kim Woo Bin is hot and good actor and all, but nothing beats a psycho killer with no face. I basically screamed when I first saw no face's lack of face in W.

After being burned by uncontrollably fond, I can understand why he's sticking to movies. I hope he does well, even though I'd like him to do a drama yet again.

I am thrilled with KWB (potentially) joining the cast. But can anybody let me know where Kim Soo Hyun is? Gah, I miss him so!