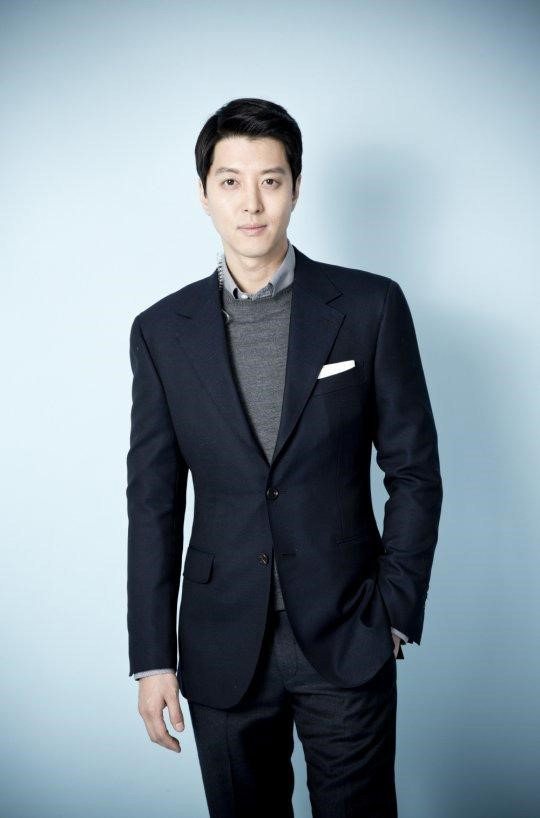 Lee Dong-gun (Laurel Tree Tailors) is in the mix to join KBS’s romance-melo-sageuk drama Seven Day Queen, and I’m excited to hear that he may be playing famously tyrannical king Yeonsangun. His management has confirmed that Lee has been offered the role and is considering favorably; should he take it, he’d be playing the rival and antagonist to series lead Yeon Woo-jin (Introverted Boss), who plays Yeonsangun’s half-brother, King Jungjong.

The woman caught between both men is Queen Dangyeong, who was dethroned just one week after her enthronement, and will be played by Park Min-young (Remember–Son’s War). The drama tells the sad love story between King Jungjong and Queen Dangyeong; he grew up living a stifled existence for fear of appearing to threaten Yeonsangun’s power, while she was the daughter of Jungjong’s greatest political opponent. After Yeonsangun was overthrown and Jungjong ascended the throne, Queen Dangyeong’s father led a coup opposing Jungjong’s rule, which failed and led to his execution and Dangyeong’s dethronement.

With Lee Dong-gun being courted for the drama, this means Jin Gu (Night Light) has bowed out of the project, after having been initially offered the role of Yeonsangun. I like Jin Gu, but I don’t think I mind this casting swap, as I’m already picturing Lee Dong-gun departing from his usual gentlemanly, nice-guy image to play a character with a darker side. Yes, please.

In fact, I’m even daring to hope that this role could provide him with a mid-career jolt; it isn’t that he’s doing so terribly, after his weekend drama Laurel Tree Tailors did so well, but prior to that he’s seemed to be in a slump for years, with Superdaddy Yeol, Mi-rae’s Choice, and When Night Comes all underperforming. And as Jo Hyun-jae, Namgoong Min, and Yeon Jung-hoon have shown, sometimes going against type and turning twisty and dark is just the thing to revitalize a career.

Was he in everlasting Hate/Love CITT?

He is cute but I prefer Jo Hyun Jae and Nam Goong Min.
Anyway I think he will be good playing a bad guy for a change.

yes to Jo Hyun Jae. @Shuerei
before i was devoted to the likes of Ji Changwook, Lee Jongsuk and Gongyoo. i was actually very into Jo Hyun Jae.. . his best was Ballad of the Prince (SoDong yao) or the Love Letter... and even 49 days was good, after that was downfall.
actually his YongPal wasnt my favourite, but still better than those after 49 days,
yes, hope Lee DG can do a mad tyrant well and break thru. he's way too cool to go mad and lose self control and goes bloody and lusty all combined into one major villain.

My question too. I don't think he was in CITT, hahah

In Mi rae's Choice, poor LDG kind of faded halfway through the show, and the other guy took over screen time...when I watched CiTT, I experienced the same frustration again, PHJ faded to become a vague presence, it was like watching Mi rae's Choice all over again...

Ahh yes you are true.
And both actors were faded away because of idols ? LOL now I got why you are traumatised by these two drama.

I've only seen him in the movie Gangster High.

I've heard of Lee Don-gun for years but I've honestly never watched any of his projects. Perhaps I'll give this a try.

His gf should pray hard so he won't fall in love with his co-workers this time. He's always been like that as I heard ?

I was about to comment the same thing... how GFs he had? I thought he is with a much younger actress/singer. And the moment he broke up he is dating another one...

I think they will throw away the historical accuracy at most parts. So far this drama sounds so romance sageuk for me which can be a hit or miss for me.

It doesn't sound like it will change history to me, just because it's a romance. If it does at all, I hope it will be at least as accurate (and as good, for that matter,) as Princess's Man.

In fact, the only reason I think they're going for a lead actor for the "second lead" is because he's more of a villain than a romantic rival, but we'll see.

Couldn't agree with u more about Princess's Man. Oh man, tht drama was masterpiece. My no.1 drama.

I have this odd conviction that he'll be able to pull off playing a dark, tyrannical king just because I still remember him playing a swoony nerd-turned-bad-boy in Big Bang's Last Farewell MV ages ago.

Him and Oh Ji Ho are just an average actor in my opinion. Lack of screen presence and charisma.

Nam Goong Min was always as average actor in my opinion until he almost stole the drama Girl Who Sees Smell entirely and he is becoming better and better these days. Kim Rae Won was also not in my radar until he did Punch.

I will give chance for Lee Dong Gun to prove me otherwise. I didnt watch his drama that much as I recall, but there's no reason for me to avoid him either.

Yeah.. It could be like this case. But Namgoong Min already stole my heart since Can You Hear My Heart and when he plays psychopath in Remember I'm sold!

I seriously need to find time to watch Can You Hear My Heart. I dropped it when it was airing because of reasons that I cannot remember. But then he was second lead? But there was Kim Jae Won whom I like as well. Urghh. Speaking of Kim Jae Won, I hope he will find a re-discovery role for him. He is a good actor but maybe due to so many younger actors nowadays, he is like missing in radar. His character in current drama Father I'll Take Care of You is so... hmm. Not only him, Park Eun Bin also is so underused in this drama.

OMG You're just like me!!! Me too, me too!!
How I wish Kim Jae Won was more popular than now. Since CYHMH I have soft spot for him, Hwang Jung Eum and Namgoong Min. I fell in love with KJW, with his sweet voice and porcelain-white skin and good acting of course. He's more than capable of being first lead in miniseries and he's handsome too! Even Namgoong Min is more popular than him nowadays.

Idk why but he only appears on weekend dramas with 50 eps and very makjang story. Well y'know I only watch him in CYHMH and Hwang Jin Yi. Can't finish Scandal and Hwajung and never touch May Queen or Father I'll Take Care of You.

He badly needs re-discovery role, maybe as crazy villain as in Hwajung with less eps and more interesting story.

His drama with Eugene and Jung Da Bin as their child "Wonderful Life" was among the first kdrama I watched back to more than 10 years ago.

Hi did well in Hwajung but again, Hwajung was quite badly written, only him and Cha Seung Won made me watched his this drama. I am still traumatised with the other leads' acting in this drama. His agency is not powerful enough imo, my other favourites like Kim So Eun, Jin Yi Han and Nam Bo Ra who are also under the same roof also only doing long drama ?Kang So Ra probably did a good job left this agency.

Oh Ji Ho is suck at acting. All he do is shout into the viewer's face.

Going against the usual... Way to go LDG... Im rooting for you in this drama... Your role being in the dark side...
Please do well and show us what you've got as an actor... You are my first love in korean dramas.. Fighting!