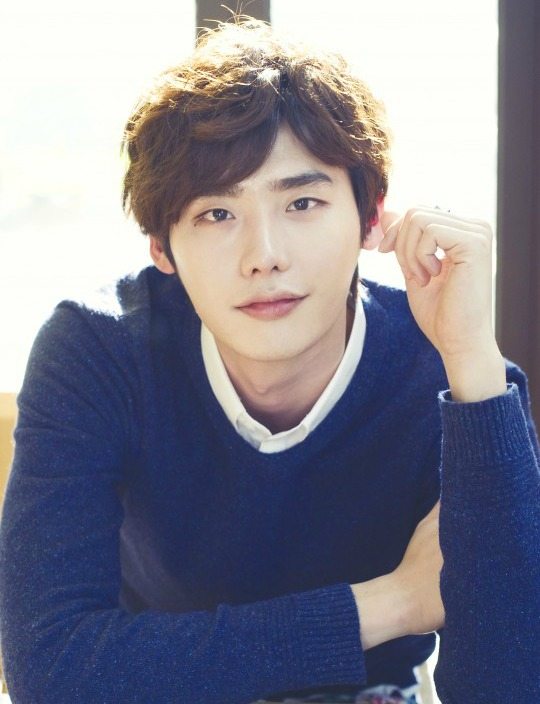 So it looks like Lee Jong-seok (W—Two Worlds) won’t be starring in a soccer movie after all. He has not confirmed his next project after his drama with Suzy, While You Were Sleeping, but according to his agency, YG Entertainment, a strong contender is Director Park Hoon-jung’s sci-fi mystery film Witch.

Witch is about a female high school student who has been trained to be a biological weapon. I’m hoping that means an awesome woman version of Wolverine, or maybe a girl who can release biological poisons from her body on command. Of course, being a living murder weapon would probably put a strain on one’s sense of self, and so she goes through an identity crisis. However, she somehow becomes involved in a homicide case that happens near her. If he confirms, Lee Jong-seok will play a fellow experimental human, who was trained similarly to the main female character.

One of the reasons that Lee Jong-seok may sign on is that he’s worked with Director Park before in shooting VIP, which is a to-be-released North-South Korean spy thriller. Director Park has already set his eyes on Lee Jong-seok to play the male lead, but the female lead is yet undecided. The director expressed his desire to have a fresh rookie actress, and not an established industry pick, to be his female lead and has opened up auditions for it. I’m just crossing my fingers that it won’t lead to another My Sassy Girl situation.

Filming and production for Witch is expected to begin during the latter half of this year.

He kills me with his looks so this isn't far from the truth...

Yes, it is true. He is known to give fangirls/women (and some men) hearts attacks with his looks.

This is sounds interesting, not a fan of LJS but he always choose interesting projects.

i hope lee jong suk takes the role and broaden his movie repertoire by doing a sci fi. interesting that park hoon joong wants to work with him again so soon after VIP, i think he left a good impression.

I was thinking that too. How it bodes well for Jongsuk's villain performance in VIP if Park Hoonjung wants to work with him again already lol. I really can't wait for that one.

I was very excited about VIP and hope he will sign on for this!

Very excited for this, he is very good at picking projects!
Hope that a good female lead will be picked :)

Sounds very interesting. Its good that he ditch that soccer movie for this one.

Omg. Yes! Hope to see him in this one.

i feel like LJS always picks pretty good projects to work on so fingers crossed for this one!

I'm still trying to figure out how a human can be trained to be a murder weapon... like, what exactly does that mean? This definitely sounds interesting.

Sounds like they're searching for the next Kim Taeri, she was discovered through auditions for The Handmaiden.

This also likely means the female lead's role is risky so they're looking for someone not worried about ruining their established clean celebrity image - aka nudity - so they're searching for unknown talent instead. It's really the only reason why an acclaim and sought-after director/writer like Park Hoonjung wouldn't try to get a big name actress imo.

LJS must really be a directors actor, everyone he works for always end up doing more projects with him.. The movie sounds promising and he always pics inordinate projects so I'm hoping he'll say yes to this too

While scrolling down the new layout with bigger pictures, Lee Jong Suk's face really arrests all attention! He is quite perfect. He should perhaps play a vampire soon! But I guess 'biological murder weapon' is closer than a vampire to what LJS anyway is :P

Sounds like that US movie, Hannah (if I remember correctly). No?

Oh, yeah. Sounds like it. I love that movie! Saoirse Ronan, great.

Yes! He deserves this role.

I think this would be a perfect role for him, he already looks the part!

Anyone reminded of the popular manhwa, Nano List from the synopsis?

Curious about the plot and who's gonna get picked as the main girl. Will def follow updates about this. Oh LJS. If looks could kill.....