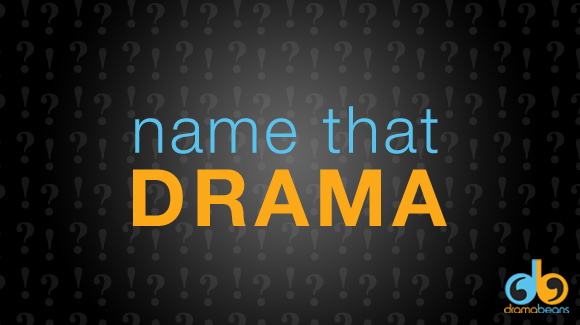 As always, feel free to email us your questions and requests for future Name That Drama installments.

"I do wonder why baseball is the favored sport of dramas". Baseball is one of the, if not the, biggest sports in South Korea, that's probably why.

Sadly don't know any of the dramas. I was thinking 'Boys over Flowers' for #2, but yeah, then that ricebowl thing doesn't really fit.

Nothing at all rings a bell, except the 1st might be Reply 1997? or was dad a couach for another sport... have to watch again, I guess.

Number 2 sounded like Boys Over Flowers before shaking the rice bowl. Don´t remember anything like that. Perhaps it is a family drama instead? I feel like the scene is definitely familiar.

everything else is seriously weird.

Plus, a chaebol having breakfast with his family... when has that ever happened? They usually eat like loners, or with their butler.
must really be a family drama then.

Lol that's so true. I was racking my brain to find a drama with a chaebol eating a family breakfast and nothing came to mind.
And yeah, for some reason I was thinking Reply 1997 for the first one too, but it's been so long since I saw it, so it's all really fuzzy.

The second story where the chaebol having breakfast with the girl i think that's a scene from heard it through the grapevine. That scene when lee-joon having a breakfast with go ah-sung family and the next day when he returned home he does the same that resulted in his parents' horror

ah, that could be - those were the kind of parents that WOULD be horrified at that.

Ah now I remember the scene quite well. I didn't even think of that. Hahaha
Yes there's a scene when Lee Joon spends the night at Go Ah Sung's house, being taught all sort of things, and a day later he comes home with this new experience.

ah! that's it! I knew it was fairly recent but couldn't remember the title. ^_^ Whoever's looking for this drama better watch it. It's highly recommended.

Yes! I vaguely remembered it as soon as I read the description, and I have seen HEARD IT THROUGH THE GRAPEVINE. I loved the black humor in it, although at times I was ready to tear my hair out over all the BS the snooty adults were flinging. The OTP was darned cute, and I loved the comeuppance his parents got. Oh, and that house within a house was the darnedest thing. The gloom level made it look like Hanok Meets Addams Family.

Yes, it's "Heard It Through the Grapevine" for sure. I knew one!

#3 Could it be Heard It Through the Grapevine?

#5 is the japanese drama N no Tameni (or also called Testimony of N) !! It's great, I watched it several times.

I've heard so many good things about N no Tameni but I just never got around to watching it. It even had Eikura Nana and I love her! I really should watch it one of these days.

Number 5 is probably testimony Of N. Great drama, Nana keikura is awesome here, along with the gang. Lol bingewatched it and it was totally worth it. Also Nana and lento looks amazing together. Ending was disappointing though. But great story nonetheless, must for anyone a fan of mystery drama.

Yep, it's N alright. One of the few Jdoramas I watched (the first 2 episodes only).

Nのために
'N no tameni' in Japanese. It's one of my all time favourite dramas. And I thought the end was quite poignant.
But debating that would lead to spoilers ^^

I also liked the ending it was quite unexpected!

No. 1 is probably Answer Me 1997 but it was not her father she visited although her father played as a baseball coach in the drama, it was Chilbongie. He made up the excuse of having a jinx and a girl needs to watch his game in order for him to win, just for Najung to come watch his game.

N° 2 is definitely Heard It Through the Grapevine!
N° 5 is N no tame ni!
They're both very good dramas.

Oh, Second Entry should be Heard it through the Grapevine. I remember Lee joon shaking his rice bowl at home right after and his mother's horrifed face.

I'll keep a look out for nr 3 when I take the metro, haven't really paid attention to any ads o.o
I am curious about that one too.

Number 3 is the Chinese film "Left Ear" with Sandra Ma and Yang Yang.

I actually only saw the first episode of Moon River (Taiwanese drama), but I'd look into it for #4. She's a smalltown girl, super skilled martial artist who goes to an elite college. The viki description says she's "at odds" with all the other rich students, so I could see the gum scene happening. She does have short hair, she did seem rather eccentric... I'd say try that one?

I am desperately stalking this until somebody comments with wtf that gum one on #4 is. jfc it's so weird I *need* to watch whatever show it came from

IKR. I'm lying here in wait. Someone must have the answer, lol!

14 bebeswtz❣️Xiao Zhan is my happy virus

# 1 sounds like when Uee visited her dad during and episode of the variety show "Barefooted Friends", Uee's dad is the head coach of a Korean baseball team

Yes! When I read the description, Uee's face came to my mind. But then, I was having a really hard time placing what drama this possibly could be from... and having this nagging feeling that actually, wasn't her real dad also a baseball coach. But you are right, it's a scene from "Barefoot Friends."

No Beans of Wisdom this week? Did the new site make us all unwise?

well, it is spring. Maybe all the beans have been planted in the ground. now it is just lentils...

I could be wrong, but I figured the new feature where they will have featured beanies and current comments would replace the Beans of Wisdom post. Maybe? It's the Beanies tab on the top. For now, it seems like the featured beanies are mainly the creators/writers, but I'm assuming that would rotate.

Or, I'm afraid that it might just be really hard to do one without the sub-reply numbers (even harder if blockquote doesn't work).

Watching way too many dramas, and reading this section make you feel like,
me : Ok, *with full confidence* I KNOW THAT DRAMA.. but i forgot that title...
my brain :*tries to collect the drama data and gets confused* Wait, but was it a in a Japanese drama you saw that scene? or taiwanese? or maybe Portuguese? Did you even watch drama and , did you even know the title , do you know what even happened in scene 45 in episode 6 at exactly around 11 minutes of the episode?
me : *Blank* *Blank* *Blank*. maybe that wasnt THAT drama.
*Bangs head* why is this so damn confusing?

#4---Maybe Biscuit Teacher, Star Candy or Protect the Boss
Both of these shows start with the lead girl doing some pretty wild fighting as head of their gangs. I don't know which one specifically though.

I guess I am going to have to add #5 to my list of dramas to watch.

I kept wracking my brain to remember who the main actress was & I think it was Bae Doona... So I looked her up on Naver and vaguely remembered the title being Country Princess? 위풍당당 그녀... I'm not 100% sure if it was that drama but judging from the synopsis, it feels like it could be because the main character girl was definitely a bit crazy and eccentric. ^^ I'm trying to find clips to see if I can find that scene again.

i have faith in youuu

Number 1 is probably the drama Reply 1994. I didn't watch the series but I remember in the recaps on Dramabeans that Na-jung, the female lead, does not go to baseball games because the team she supports always loses when she's there.

Number 3 is the Chinese film Left Ear. The girl (Sandra Ma) mentioned in the description seduces boy no. 1 (Yang Yang) for boy no. 2 that she likes, because he hates boy no. 1 for a reason. Then she dies and her death affects both boys and the female lead. It's overall sad but the ending was nice...