Also known as Stranger, this crime thriller tells the story of a prosecutor who lacks social skills and cannot express his emotions, and a police detective who passionately pursues justice. The two work together to solve a murder.

Also known as Stranger, this crime thriller tells the story of a prosecutor who lacks social skills and cannot express his emotions, and a police detective who passionately pursues justice. The two work together to solve a murder. 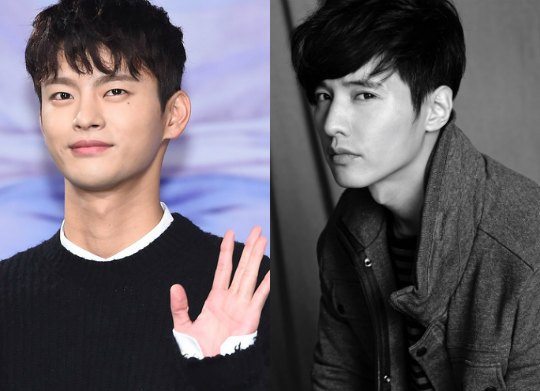 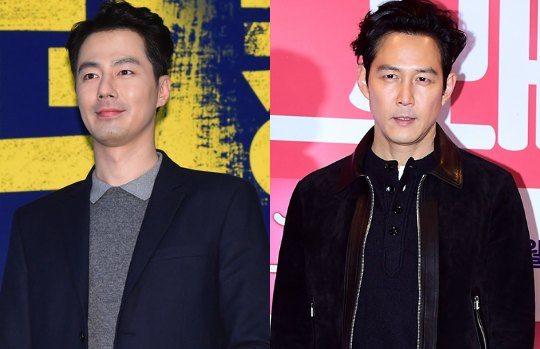 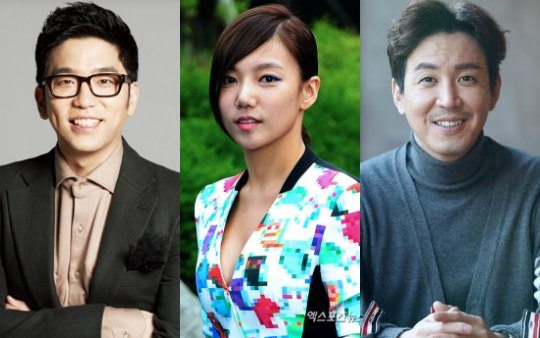 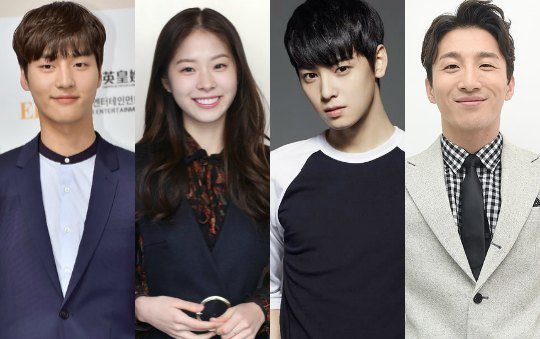 Won Bin still havent said yes to any project? Sad for the fans, like me, who is eagerly waiting for his comeback.

*thousand sighs*
W❤n Bin, oh W❤n Bin~, when would i ever watch you again?

Heard Seo in guk had an injury on his leg (osteochondral lesion) and is back home....

*turns into a stone statue*

Yeah, SIG enlisted but just a few days later he was sent back home because of medical issues.

Yeah seo in guk is to return home due to osteochondral lesion... on his ankle

Wonbin! When will he put us out of our miseries and release something for us to enjoy and marvel at his brilliance ??????
And Seo In Guk, he will be dearly missed ❤️❤️❤️

I thought blockbuster was only used fir films that have been released and became hit...then how can one call a film in planning stage a blockbuster?? Confused.

Blockbusters could also be used as a term for movies with a gigantic budget. :-)

I hope Jo In Sung will take the part. I want to see him in a new project.

i wonder choi won young roles in WYWS is. is he going to the father of LJS who ultimately died like his previous dramaland parents?

and..get well soon seo in guk..i pity those celebrity who has serious previous injury but still need to make sure they are truly healthy and able to do active service so they wont get criticize by the public.

OOoh Yang Se-jong as the amnesiac man and the clone in 'Dual'! Aww is Son Eun-soo going to play a character who will be implicated between these two men? The interactions between the actors were enjoyable in Romantic Doctor.

I am so enjoying Yang Se Jong in Saimdang right now. This guy really has good eyes so far. He chose his role and drama carefully imo. In Duel he will act with another veteran Jung Jae-young after acted with Lee Young Ae and Han Suk Kyu before. I won't be surprised if he will choose to do and active in movies later.Anyway I am very glad he turned down Bride of Water God.

I am rooting for him and Son Eun Soo , both of them debuted last year and I am looking forward to see more of them.

I'm glad to see Yang Se Jong doing so well in SAIMDANG in a dual role that gives him much more emotional latitude than the buttoned-down surgeon In-bum. On the other hand, he did a fine job expressing highly nuanced emotional states in ROMANTIC DOCTOR, TEACHER KIM. I still recall the fleeting smile after his part in Chairman Shin's successful surgery. Never have so many Beanies on a recap thread been so ecstatic over such a subtle expression of achievement. He was the Mona Lisa of the operating room.

YSJ's now got sageuk experience under his belt, too. He not only looked great in hanbok, but every bit the part of the young Lee Gyeom. I enthusiastically await his forays into future sageuk roles.

You're absolutely right about his canniness in picking his roles in vehicles with renowned sunbaes. Honing his craft with actors of their calibre is an excellent strategy.

I, too, am glad to see Son Eun Soo in another production after her debut in RDTK. She effectively projected quiet competence as an emergency room resident on the verge of dropping out of the profession until her path brought her to Doldam Hospital. It was lovely to see her convey the character's blossoming in the humane environment established by Kim Sabu. It will be interesting to see how she plays a reporter in a thriller.

The only thing im worried about is that even though both of them do seem to have a natural talent for acting and seem to be really good at it im not sure whether it would be enough for the 2 of them to hold a drama as leads though if the supporting cast is great/experienced it could work out really well!!

So many interesting dramas in the pipeline ... while you were sleeping, forest of secrets, chicago typewriter

I actually held my breath when I read Won Bin's name then I just lol'ed at "Still just considering. Since last year." Sigh, will Won Bin ever make a comeback?

The lineup for tvN's weekend slot sounds amazing. Can't wait for both Chicago Typewriter and Forest of Secrets.

I didn't notice but now when I see picture of his face again, I can't believe I still dislike Choi Won-young from his role in Twenty Again... I hope this new role will neutralize the feeling ?

Hahaha, yes! You've hit the nail on the head!

I try to remember his role as Cha Do-hyun's hapless, man-bunned secretary in Kill Me, Heal Me to counteract my negative feelings, but he was just so good at portraying a selfish, demeaning husband in Twenty Again. I guess it speaks well to the actor's abilities, but I must admit that he makes me snarl a little bit every time I see his picture. :-P

For me, he is the witty dad in The Heirs. His other characters are pretty forgettable for me.

I immediately think of IRY. Is it too much to hope Choi Won Young is the first criminal Suzy foresees?

I find it interesting that Cha Eunwoo will be playing a character named MJ, as his oldest group member in Astro is named MJ.

I think it is an established fact that fully pre-produced dramas don't do very well in the ratings with the exception of DOTS (for obvious reasons), at most middling success, yet it still seems to be the production of choice for many dramas. I personally feel that half pre-produced dramas fare better: they don't stress out the cast and crew so much, and they allow them to better assess the viewers reactions and plan accordingly. All the recent ratings hits: Romantic Dr. Kim, Chief Kim, Strong Woman Do Bong Soon, Legend of the Blue Sea, and Defendant were shot on the fly.

Not sure about the others you mention, but Strong Woman Do-bong Soon is a pre-produced drama.

The fliming of Strong Woman stills continue. There's no news that Strong Woman finished filming. And there's an news that show this is one example of half-pre-produce drama.

This is my first time realising that Dramabeans is quite late with its news because fangirling makes me stay up to date with all things related to Seo In Guk (even if I don't understand the language and hence have to wait for kindness of his fans to translate news related to him).

Seo In Guk released a heartbreaking song on 27th March, left for army on 28th, made us fans cry, another sweet little video of his was released for fans on 31st, and then news broke out that he was hurt and has been sent back for recovery and further examinations. Hope he gets well soon!

I know at one point you'll be up and give the update story of your oppa.
When I saw other Beanies mentioned about his discharge my mind was searching for you, wondering where does oppa's three musketeers disappear and goes radio silent? ^^

Gaeinaaaaa it has been so long!! I don't even see Asmara anywhere anymore! We have all gone silent since Shopping King Louis ended! How have u been?

I have seen you in various threads while lurking... SIG makes me de-lurk ?

I've been on drama hiatus until Strong Woman then I reappear. PHS is my other bias since I saw him in Nine. His droopy pensive eyes captivated my heart there... *lol*

Hope Asmara is well and happy with her RL. Come, join Tunnel and Whisper.. i know you love IRY, although it's for SIG and KBG, these 2 are good as well.

I am watching Strong Woman (PHS is adorkable) and Liar and his Lover.. Also finished Chief Kim after it was done airing ep 18! I did watch Defendant so not in a mood for serious stuff... But I might watch one of them after they are done airing half of the episodes- which one would u recommend?- Whisper or Tunnel?

Seo Inguk! Please get well soon oppa, and fulfill your duty once you get better!

Seriously looking forward to The Best Hit. I loved The Producers and found it really interesting and different. Wonder which time slot it will air?

Happy to see update about Yang Sejong as I happen to watch his first and second drama consecutively. Goodluck, kid. :)

Won Bin is basically the Daniel Day Lewis of Chungmuro.

I am not familiar with Cha Eun Woo but good god, he is a pretty man.

But who wants to watch Daniel Day Lewis? ?

False comparison... Daniel Day Lewis is so much better in acting and so is his filmography. Lewis is picky with his projects because he is an extreme method actor whereas Won Bin is in indefinite (?) hiatus because he just wants to live his life it seems.

Every time I see news about Lee Jong-seok's drama I feel a surge of sadness for the lost opportunities...

Jang Nara‘s Housewife Detective, it been suggested that the hold is due to the Chinese ban on Korean dramas, as they where hoping to do the Jang Nara effect and have safe sale to china, thus the idea for it to be released in Korea and 'overseas' at the same time. I am doubting this myself as production started in January and I pretty sure the ban was already in place back then, so unless no one told the production about it..lol