Producers of Heartless City, I Hear Your Voice prep new drama for MBC 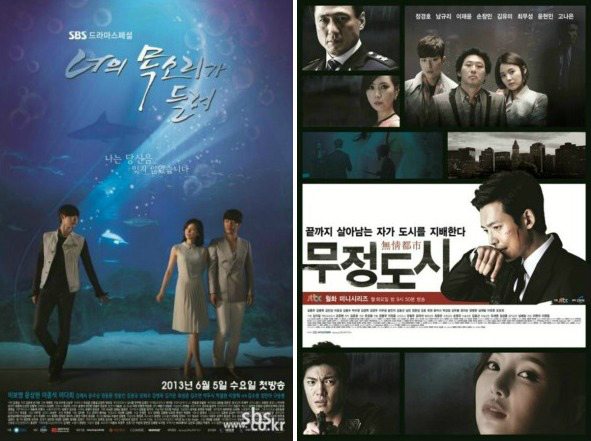 So, we’ve got another new drama in the works, this time over on MBC. According to reports, the previously empty slot following upcoming Ruler–Master of the Mask has been filled by Man Who Dies to Live, and will precede Ha Ji-won’s Hospital Ship which has now been pushed to late August.

The little plot that’s available sounds wacky, but in a good way: Man Who Dies to Live will be a fun family drama about a daughter and her father, who one day reappears as a count from a faraway kingdom, and their story will explore the true meaning of family. It’s not apparent whether the drama will take place in a modern or sageuk setting, or even whether it’s supposed to be in the reality we live in, but the plot certainly sounds unique and almost outlandish, so I’m hoping for some comedic hijinks along the way.

I’m cautiously optimistic because the drama will be made by the same production company behind Queen of Housewives, Heartless City, and I Hear Your Voice, which were all solid shows. Directing is PD Go Dong-sun, who also worked on Queen of Housewives, and whose other credits include Me Too, Flower and Sly and Single Again. The writer is a big question mark because the article only gives a name; one Kim Sun-hee’s only credit is a drama special called Still Picture back in 2012, and a different Kim Sun-hee was a junior writer on Records of a Night Watchman. I’m holding out hope that whoever it is can deliver a feel-good, heartwarming show about an estranged father and daughter learning to become a real family.

Man Who Dies to Live has yet to announce any casting offers but is set to air at the beginning of July, so chop chop people.

Tags: Heartless City, I Hear Your Voice, Man Who Dies to Live, Queen of Housewives

Ok, so you either hire Jung kyong Ho, or ship him back to JTBC.
Cause I'm tired of seeing him having flops on MBC, but at the same timeiI want him back on another show this year :(

Lee Seo Jin please! I am missing his dimples a lot. lol And he can reunite with his daughter in Marriage Contract? Make this dream becomes true pls!

Have they mentioned the ages of the characters? Is the daughter going to be an adult, teenager or a child? I personally would like to see a teenager or adult because recently we have only gotten children as the center of this kind of stories. Also because is she is an adult I would love to see a veteran actor take the main lead, kind of like in "Dear My Friends"

I also love the awk bonding time in Super Family 2017. If they cast teen actress, I want to see Jung Da Bin. She needs to get her first lead role asap before the timing goes off (since there are always newbies, idols ).

Based on what we have for the plot so far, this could go well or horribly wrong. Either way, it's nice to have something besides a time-travel, doctor, legal, office romance or whatever. I loved Heartless City and I Hear Your Voice so fingers crossed!

@dooleygongshil But so much depends on the writer! I too am cautiously optimistic about this drama.

We just have to cross our fingers that the network that produced such gems as Heartless City and I Hear Your Voice won't let us down with this one. It sounds adorable.

I feel like a lot of the dramas coming out later r his year don't look interesting... now granted we don't know the plot of this show yet but I'm kinda bored already ?