Two lawyers get entangled over a past case, misunderstandings, false accusations, and a serial murder that is happening in their midst. Though the two have a complicated history full of both grudges and attraction, they must work together and come to an understanding.

Two lawyers get entangled over a past case, misunderstandings, false accusations, and a serial murder that is happening in their midst. Though the two have a complicated history full of both grudges and attraction, they must work together and come to an understanding.

SBS’s Suspicious Partner gets a new client in Dongha 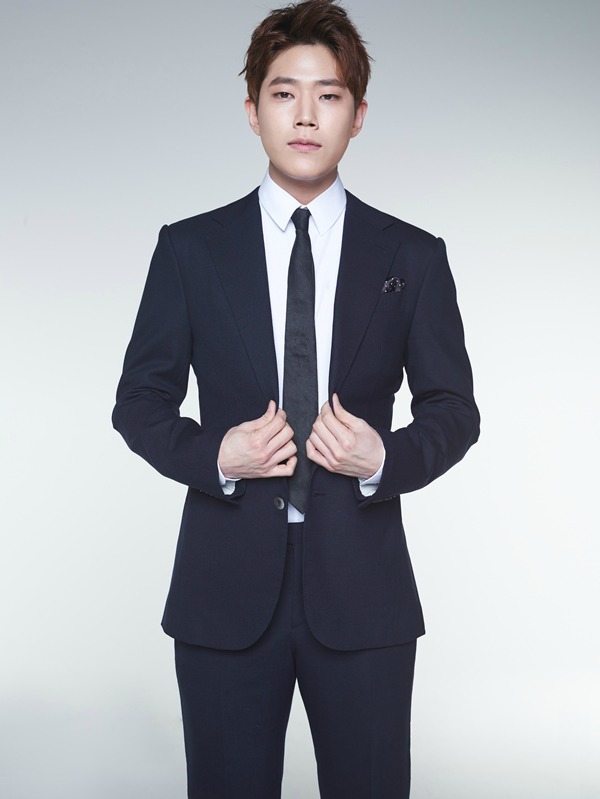 I’m always glad to see actors from my favorite shows move on to promising projects: Dongha is currently enjoying a wave of popularity for his part in the fantastic workplace comedy Chief Kim, and has now been cast in the upcoming SBS drama Suspicious Partner. Strike the iron while it’s hot, is what I say!

There isn’t much info on Dongha’s new character Hyun-soo, but we are told that he will bring an important case to Ji Chang-wook (The K2) and Nam Ji-hyun’s (Shopping King Louis) attention. Hmm, I wonder if that case has anything to do with the amnesiac killer plot point that was briefly mentioned in early reports and then never heard of again. Or if he could be the amnesiac killer! Dun dun dun.

In any case, I’m excited that Dongha, a talented young actor, is joining a cast of similarly young, talented actors (or hopefully talented, in Hello Venus idol Nara’s case since we’ve never seen her act). Dongha’s character trajectory in Chief Kim stood out in a show full of rewarding character growth, and his chaebol-to-human transformation was incredibly endearing.

And while I like him best as a chaebol heir in ridiculous suits taping up receipts, he has proved to be a versatile actor, playing a loyal-to-the-bitter-end gangster in JTBC’s Last and a bratty kid brother in SBS family weekender Feel-Good Day. So whatever his character Hyun-soo turns out to be, I trust Dongha will make it a memorable role.

Suspicious Partner, about young lawyers fighting back against a world full of prejudice, will follow Saimdang, Light’s Diary and premiere in May on SBS.

Before I go, in honor of throwback Thursdays, I will leave you with this: 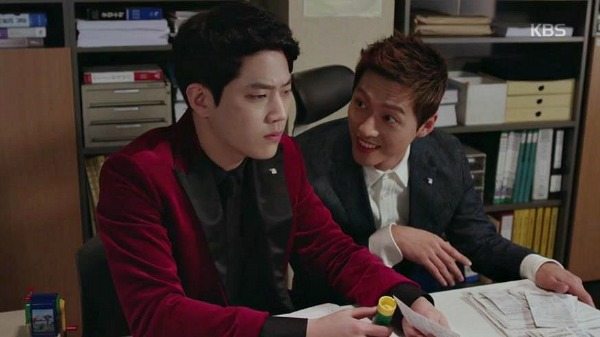 I've been cheering for him since our group watched Glorious Day, and Last, which gave him the opportunity to show versatility. I hope he keeps getting good parts and growing his skills.

Hey I was just starting to move on with Chief Kim. Then you posted his photo withof Nam Goong Min. Hahahaha Looking forward for this guy. He is one of my favorite in Chief Kim.

> definitely one of the favs actor! But I felt bad that the writer or the drama did not show what happen to Myung soo after. I was really curious if he even manage any TQ branch or something.

Kinda disappointed also on the last part of Chief Kim but nevertheless, its on the list of my best 2017 kdrama so far. <

luv his character Myung Suk in Chief Kim, he was beyond adorable:) + the writer gave him a wonderful arc to work with also!!!

Please let him be a permanent addition and not just an episodic appeareance as his char. description can sound as that as well...Always happy when talented and promising actors get the spotlight and more projects,he was wonderful in Chief Kim so i hope we'll see him more and more often...

YES, I am so happy for Dongha! He was great in Chief Kim :) But as an amnesiac killer? Fingers crossed this does not happen! I'm not ready to see Dongha follow in Namgoong Min's villain footsteps just yet.

But I think I want to see him as amnesiac killer! lol.

Hmm maybe. Actually, I don't want an amnesiac serial killer (lol, that would be just too much even by kdrama standards) but it would be interesting to see him as an amnesiac murderer. I wouldn't be surprised if ToD is also considering an offer for a cameo appearance. :P

Dongha did wonderfully in Chief Kim! He really nailed the comedic scenes - he was such a scene stealer!!

He stole scenes in Beautiful Mind too.

Really glad to see him taking on another project after Chief Kim! He is really a talented guy, having seen him in few dramas here and there.

Anyway, just when we are trying to move on from Chief Kim, you have to throw that pic at us! T_T

"Chaebol heir in ridiculous suits taping up receipts" got me cackling for a long bit! Ah, the pangs of missing uri Myung-sukkie...
He will do very well as a killer, he used them evil eyes so well in Last. Am glad we'll be seeing him more.

I wonder if that case has anything to do with the amnesiac killer plot point that was briefly mentioned in early reports and then never heard of again.

Or the production team has amnesia themselves and forget about the amnesiac killer.

I loved him as Praying Mantis in Last.

Aww... I hope he gets a lead role someday. He really was a scene stealer in chief Kim.

He was great in Chief Kim!

You wouldn't think that receipt-gluing scenes would be a big thing, but he totally made them work in Chief Kim!

I knew him from Chief Kim and he was such a scene stealer! Literally went "OOOOOOHHH!!!!" when I saw this <3
Really looking forward to this!!

(that face in the screencap tho, lol)

Yay I'm happy for him! I loved his short but memorable performance in Beautiful Mind too. That's the drama with Jang Hyuk and Park So Dam. He was one of the doctors.

I loved him in Chief Kim, he was just perfect there. Well, if they have also Ji Chang Wook I guess I have to check this out. :)