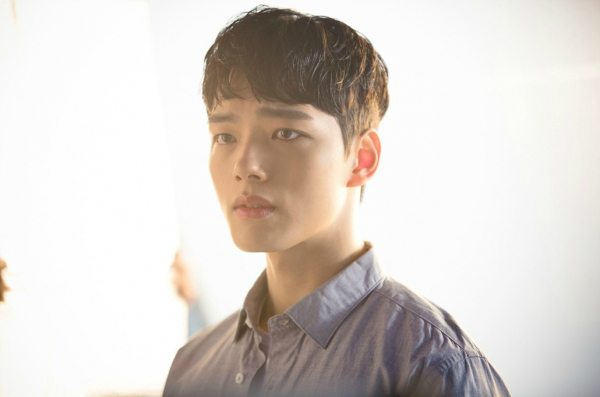 [Hey everyone, please join us in welcoming Buhdoop, who will be helping us provide more news updates from dramaland! Yay! –girlfriday]

We have a bit more character information and gorgeous stills for tvN’s upcoming drama Circle: Two Connected Worlds. Circle is described as a new type of sci-fi chase drama with aliens, where the story will unfold on two tracks: One storyline unfolds in present-day South Korea and the other in 2037. And unlike in a drama such as Signal, the 2017 track will not communicate with the 2037 track. I’m wondering how they’ll make this work with two separate stories, but tvN has made its name producing dramas with novel storylines (Signal, Queen In-hyun’s Man, Answer Me 1997, Joseon X-Files), so I know this drama is in good hands.

In Part 1: Beta Project, Yeo Jin-gu (Jackpot) plays Kim Woo-jin, a brilliant college student who fights intensely to live. He discovers that his twin brother Bum-kyun (played by Ahn Woo-yeon, Strong Woman Do Bong-soon) is associated with a mysterious incident involving a series of deaths, which leads Yeo Jin-gu to pursue the truth at all costs. Gong Seung-yeon (Introverted Boss) plays college student Han Jung-yeon, who is described as the “goddess of engineering.” She leads a normal life until one day her best friend commits suicide, and her life becomes intertwined with Yeo Jin-gu’s as they try to find the truth about their loved ones together.

One thing I immediately noticed from the still images was the intense stares of the young actors, which made me think this must be the reason they picked Gong Seung-yeon for her first lead role. That girl comes with the stealthy gaze fully formed and at the ready. One thing I appreciated from her Introverted Boss role was how she could go from sweet to psycho in a heartbeat, which kind of reminded me of Park Bo-gum’s character in Hello Monster; both roles had an innocence and a craziness to them that the actors pulled off well. The production must be confident that Gong Seung-yeon can hold her own against Yeo Jin-gu, who brings the feels in everything he does.

Circle: Two Connected Worlds is a 12-episode drama written by a team of writers led by Ryu Moon-sang (drama specials Guitar and Hot Pants, Escaping Low Birth) and directed by Min Jin-ki (SNL Korea). It will broadcast Mondays and Tuesdays starting May 22, following The Liar and His Lover. 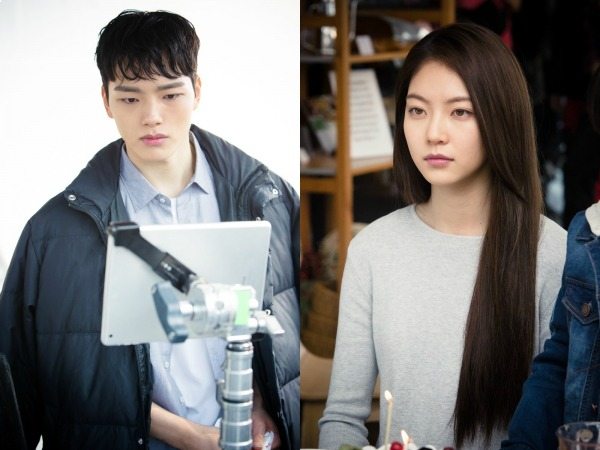 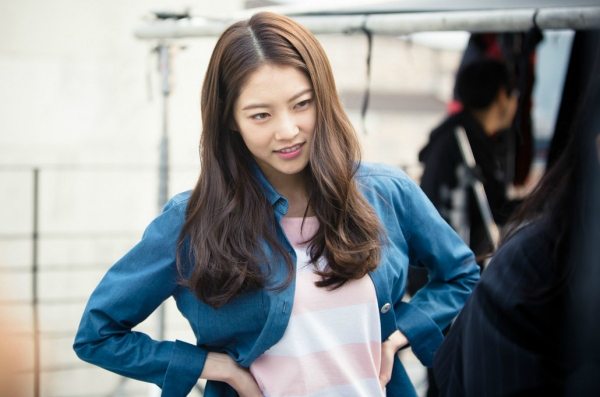 12-episode drama? Nice. I've been thinking for a while that tvN should follow JTBC's lead and go for a more condensed method of story-telling.

The word choice with referring to the 2017 timeline as Part 1 and 2037 as Part 2 makes me wonder it they'll be presented as separate chapters in the drama (6 episodes each?) rather than interweaving them and going back-and-forth between each episode. I don't know if I'd like that.

They have said that they will present both timelines simultaneously but that there is absolutely no timeslip involved. I'm also curious how they intend to do that, but I hope that the execution will be done really well.

Certain characters have been confirmed to be in both timelines (the hacker character and the detective who will be investigating the suicides from 2017 and 2037) but nothing have been said yet about the major characters.

Hi Callie! Yes, I think what Hongberg said is what they are trying! So all the episodes should have scenes from the past and the future (I think). They mentioned they have never done something like this before.

Oh, okay! Thanks for the clarification guys!

Aaaah this drama!!
I'm so curious. Even more so because of those two timelines, and the promise of something new. Sounds like it could be something refreshing in Dramaland. I'm trusting TvN

Somebody make that young man a sammich! (Yeo Jin-gu is so thin I almost didn't recognize him.)

Don't worry, he will be eating enough Subway when they start shooting.. :)

No worries, subbody here will be happy to take care of that for you.?

Who do you subpose that will be? And in what way?

Whoaaaaa. I totally didn't recognize him! Thought the pictures were of the other actor mentioned....

His jawline looks more defined. He looks older too.
His eyebrows look a bit different though. Maybe more filled in and straight.

I have a good feeling about this drama, especially with these two involved.

i love gong seung yeon! always rooting for her. also, i think it's funny how her character's name is jungyeon, when in real life, her younger sister (from TWICE) is also named jungyeon :-)

Girl's got dem crazy eyes. If she turns out relentless and crazy in the show (and thus maximizing those thousand-yard stares), I will be a happy camper.

Thanks, Buhdoop for the update~ :)

The two still cuts of Gong Seungyeon look very different from one another... I wonder if she is one of those characters who would try to suppress emotions, as stated earlier about the drama's premise.

Anyway, I hope this drama gives justice to everyone involved in it!

Congrats on joining the dramabeans team Buhdoop! Thanks for the update on this drama.

I'm really excited they casted Gong Seung-yeon. Its cool that you mentioned her capacity for wide emotional expression as it was definitely something I appreciated in her from Introverted Boss. Looking forward to this.

YASHHHHH GSY finally in a drama i would watch

I always thought that Gong Seung Yeon have a mature look , though she is only a 93er.But seeing this still cuts and fan accounts of the filming in IG, she fit the character as a college girl so well!!!

Have any of you watched Kamen Rider Kiva? Really good kids show from japan. There are two story lines, the past 1986, and 2008 the present. The past focuses on the characters father, while the present focus on the son. The episodes go back and forth from past to present within each episode, and what is going on in the past and effecting the present. But they what they presented in the episode, the transitions between past and present in each episode I liked. I thought overall it was a good blend and story telling.

They could do something like that in the drama, though at the very end they did have the present communicate with the past.

Wow I just thought about this xD so I'm not the only one.

?? congrats and thanks for joining the minions, Buhdoop! I really like your name and have to say it with an exaggerated rising inflection on the second syllable.
I always wonder when new minions are announced who we knew them as when they were Beanies ... ? ?

Welcome Buhdoop(I like the name, reminds me of funk)!

Yeo Jin Gu looks like Kang Hanuel now. I'm really curious about this drama, thank God TVN is back to trying with underated but talented actors. The title, take only 'C', remove the 'connected' and you have, C: Two Words. What letter is next?

Not gonna lie, I was cautiously optimistic with a serious side of skeptical, but it sounds awesome so far.

Thank you so much for the warm welcomes y'all!
I am a bit of a wallflower when it comes to commenting, but I love reading all the comments :-)

Yeo Jin Gu was one of the good things in Jackpot. I like GSY since SFD but she was disappointing in Introvert Boss. I hope Circle will be a good drama for them. Looking forward to it !

I've been out of the kdrama scene for a little so I have plenty to catch up on & see there's just as much to look forward to, but I am pumped to see this. I'm all about a good sci-fi storyline, & this sounds pretty enticing.

I'm getting this dystopian feels in Seung-yeon's still. So excited for this. I love Yeo Jin-goo always and I love Seung-yeon since We Got Married. I might end up wanting more from a 12-episode format.

I'm really curious on how they will execute the non-interaction between two timelines. And with the difference in the time periods, they should still be alive by 2037 so I'm curious on what their future self is up to in the other timeline.

It feels like such a long time since i've seen Yeo Jingu on my small screen, I'm looking forward to to this :D