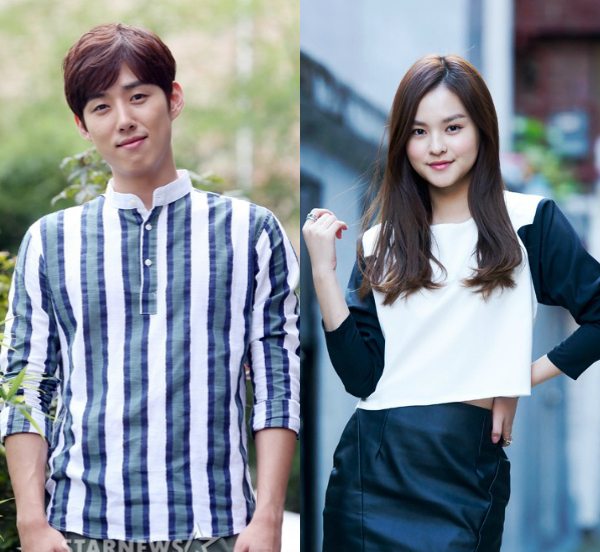 The upcoming rom-com drama Mojito has secured its two secondary leads, Baek Sung-hyun (Voice, Doctors) and Kim Yoon-hye (My Sassy Girl, Vampire Detective). The drama is centered around the ongoings of a day-drinking establishment, run by an heir with a negative bank balance who becomes an agitated bundle of nerves at nighttime. He meets a woman who has lived her entire life with her balance in the red, and the story is about how they heal each other’s wounds and fall in love. Offers are out to Sung Joon (Perfect Wife) and Im Ji-yeon (Blow Breeze) to star, and reports say they are both considering favorably.

Baek Sung-hyun has confirmed that he will be playing the heroine’s childhood friend named Young-kwang who follows her around because of his one-sided crush on her. He has held an extensive range of part-time jobs, and has thus achieved the coveted goal of financial independence. His success has allowed him to rent an apartment in the city, but due to his frustratingly timid personality, he still hasn’t been able to confess his love to the heroine for all these years.

On the other hand, Kim Yoon-hye will play a character named Seo Ye-ji, who is a new permanent employee on the marketing team of an alcohol-manufacturing company. More details have yet to be announced regarding her relationship with the rest of the characters, but I’m hoping the love square will sort itself out more like High Society than Warm and Cozy, which are two dramas that jumped to mind when reading the initial plot description of a debt-ridden heir and a working class girl making their way in the food industry. High Society had two relatively stable parallel love lines, while Warm and Cozy had a strange love polygon with familial complications and typical chaebol relationships.

Currently, the drama is being considered for a timeslot on KBS. This pre-produced light romance Mojito will probably air sometime in the latter half of this year.

KBS dont seem to have strong drama this year

Ooo if Sung Joon does confirm, it'll be a White Christmas reunion between him and Baek Sung-hyun!

when will baek sung-hyun play lead again in the big 3? Nearly everyone in 'white christmas' have lead roles and he acted before them. He does have the acting chops!

amazingly, am a drama addict who hasnt watched white chistmas

Baek sung hyun is much the better actor?no? His performance in Voice was brilliant.
He has been a good since he was a child actor too.

yess it's time for Baek Sung Hyun to have lead role. no offense to Sung Joon.

I feel like I can confidently say that Baek Sung Hyun is a much better actor than Sung Joon. (I think better looking too but I suppose that's subjective).

I really got turned off to SJ because of Madame Antoinnette I didn't watch his last drama. Should I give him another chance?

Sung Joon is great in Ms Perfect, although he is a second lead there so. I guess he's better when he's not the main star, or if there's an ensemble cast around him.

Ooh White Christmas reunion. And finally Baek Sung Hyun is getting closer to primetime lead roles. I just want him to breakout(as an adult actor) and get the roles he deserves.

Do they - in - fact know how to make Mojitos?

The characters or the actors?

I really like Baek Sung Hyun as well. Lots of talent there and I think he shines in whatever he is in. I liked his part best with Yoon So Hee and My Love Eun Dong (and wished they were the whole show actually lol).

me too. i love to watch their portion of the drama.

I love BSH since Stairway in Heaven...

I can't my finger on where I've seen Kim Yoonhye.... Ah, it's killing me. time to go google it.

Found it. It was Flower Boy and Heartstrings.

Err. Is the title referencing to the cocktail drink? Or does it mean something in Korean?

I really hope BSH would get to leading role territory soon.

I'm so glad for the Baek Sung Hyun love in these comments. I've been rooting for him since he took on the childhood role of the protagonist in 'Emperor of the Sea' ;;;

Me too! I've only seen him in Voice, but even there as a supporting character he was interesting and I like the dark charisma he exuded, enough to want to watch out for any of his future shows. This news is great!

Why do I like the second leads better than the main leads. lol

He had a love line with LSK in Doctors and was cute.

Baek Sung Hyun is one of my fav actors since his Stairway to heaven& Damo days. He is a good actor and handsome too. hope he breaks through soon. Such a underrated actor. Sung Joon is good, i liked him in Discovery of Love with Jung Yoo Mi. But his roles are getting repeated and i didnt like Madam Antoine much.

He needs to make it huge and get a lead role soon. He's totally lead role material. He has the looks, the skills, and the likability factor.

Baek Sung Hyun is finally playing the main character ! Like everyone else I was waiting for it. Let's see how the drama will turn out.

Yes, but I want him as the main MAIN. I want him to be like Song Joongki status.

I've only seen him in Big, but he was adorable as he brother and chasing after suzy