Corruption and dark mystery in new Forest of Secrets teaser 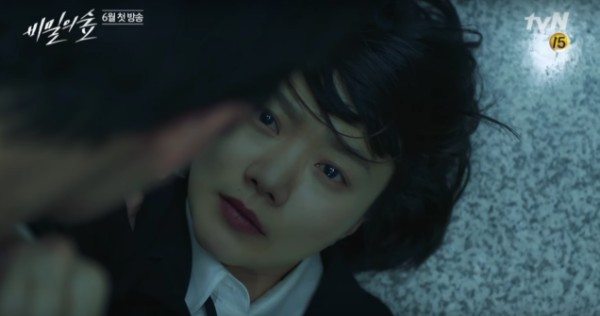 The latest teaser from upcoming tvN drama Forest of Secrets is short and doesn’t give much away in terms of plot, but gives us a better feel about the overall tone of the drama. It starts off with the main character, a cold prosecutor played by Jo Seung-woo (God’s Gift—14 Days), wondering, “Is all of this coincidence? Or is it a part of an orchestrated plan?”

And it’s not just paranoia on his part because mystery-thriller Forest of Secrets is all about how a particular series of murders are connected with the deeply rooted corruption in the Korean legal system. In the teaser, Bae Doo-na (Tunnel), who plays a homicide detective that becomes Jo Seung-woo’s partner in pursuing this case, lies on the floor with her eyes shining in pain. Her voiceover continues his thoughts: “A carefully orchestrated truth.”

Then, in quick succession, we see images of authority and hints of corruption within the system: In a crowded hallway, everyone bows in deference to one man except Jo Seung-woo; reporters hound the justice department building as important-looking men are escorted in; Jo Seung-woo notes, “Everyone is a suspect with a motive.”

Lee Jun-hyuk (Naked Fireman) and Shin Hye-sun (Legend of the Blue Sea) are set to play Jo Seung-woo’s fellow prosecutors in the drama, seen in blink-or-you’ll-miss-them glimpses. The teaser ends on Jo Seung-woo looking stunned and wondering, “Who is it?”

Well, it looks like we’ll be in for an exciting mystery with high stakes in Forest of Secrets, which will air on tvN starting this June. 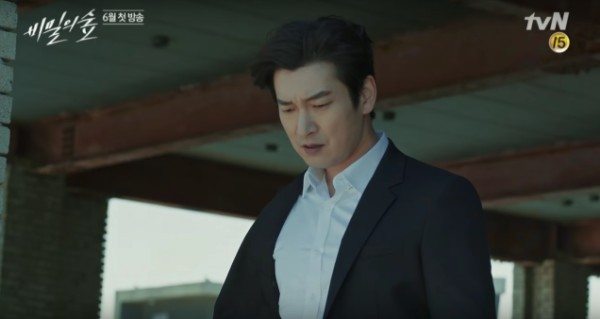 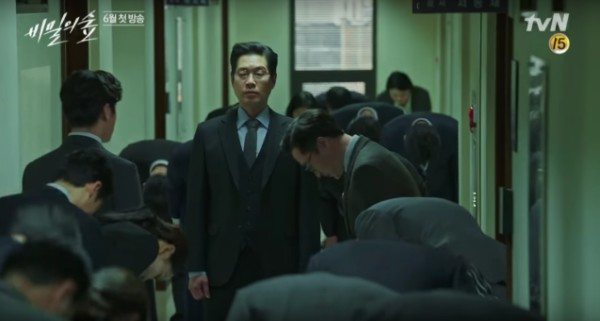 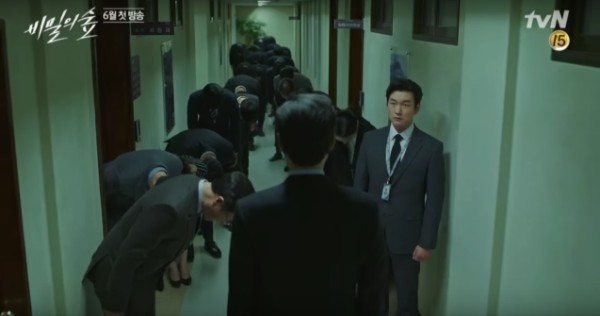 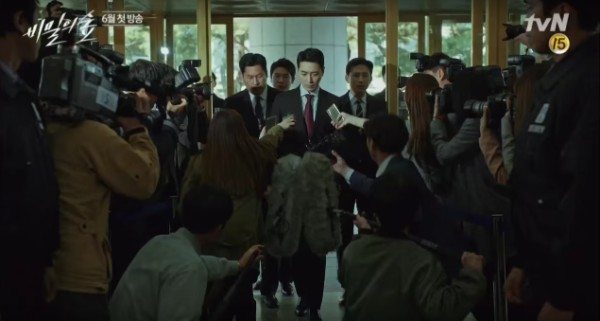 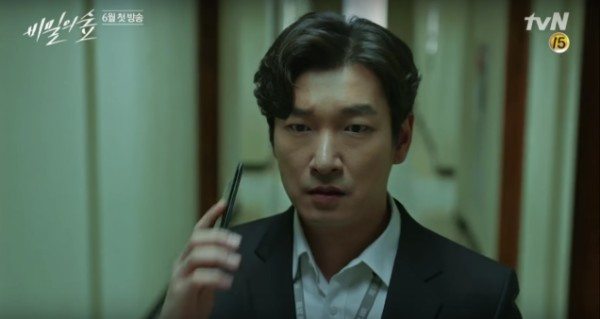 Very excited for this drama! The cast is A+ and I love a good mystery/thriller. While I know this show revolves around corruption and politics, I weirdly don't want it to sink too deeply into political machinations, or if it does I want the wheeling and dealing to be fraught with tension and actual life or death stakes - I want suspense!

So excited for Bae Doo-na's return to kdramas. Currently watching her in Sense8 and loving her every moment.

Hi fellow sense8 watcher!! I ripped through season 2 and loved it! Bae Doona is so amazing and badass in that show. Sun is one of my favorite characters. Looking forward to seeing her back in kdramaland as well!

Eeeeeh! I love Bae Doona’s Sun (and her freaking Mun) in Sense8 with all my heart and soul. She was a hell of a BAMF and a vulnerable precious baby at the same time. I devoured the show’s second season in what seems to be seconds and I don’t think I will be able to handle the ridiculously looooong wait for Season 3. Thankfully, she will grace my screen again with this drama (with the same fighting chops, I hope?), and with Jo Seung-woo, no less. I am so in.

@sfgirl too. Yes, Sun is so incredibly kick ass. That cemetery fight scene. Wow. It was sexy and kickass, which is an amazing combo and needs to become more of a thing.

Sun needs to be with her Mun!! Sadly, I expect to have to wait another 2 years for season 3.

I'm really liking every teasers we're getting from this show. I think tvN needs another good show to bump back it's popularity and quality again. Plus the cast is is A++ which makes it even better.

What can wrong with such stellar cast and a writer on fire (see his last film) ?It will be a hit. I have no doubt about that.
The new Signal...

Do you mean Bluebeard? I've seen the trailer and it totally creeped my out.
We're certainly in for a treat if it's anything to go by.
If this can be on par with Signal...let's not get carried away lol. (I'm not objecting though)

Whoa, this looks intense! I'm loving it
Bring it on, i need a good mystery-thriller (but I'm still tryna figure out how to catch all of them this summer).

So excited for the drama and Bae Doona returns on the Korean small screen!!
I just finished watching the second season of Sense8, in which she is absolutely amazing, but I can already feel the withdrawal symptoms kicking in!
Hopefully admiring Bae Doona in her new drama will make the wait for a third season less painful!

When I saw Bae Doo-na (Tunnel), I keep wondering.. Who is she? Why I don't recognise her? Oh, then I realise it's not the drama's Tunnel but the movie's Tunnel lol.

Seeing the thumbnail, It feels like I've seen the female lead somewhere... and it turns out she's Sun from sense8, I love that show <3

There doesn't seem to be many of us anticipating for this drama. I know bae doo na will deliver.