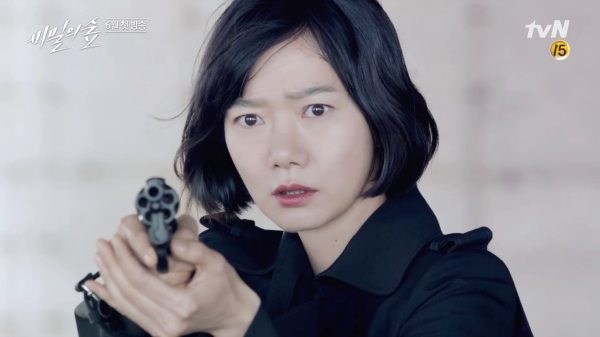 We have a few more teasers for mystery-thriller drama Forest of Secrets starring Bae Doo-na (Tunnel, Sense8) and Jo Seung-woo (God’s Gift—14 Days). Even with well over a month to go the production is not stingy in releasing information about the drama, which I can get used to.

In Forest of Secrets Bae Doo-na stars as Han Yeo-jin, who is touted as a warm-hearted and righteous police investigator. Jo Seung-woo plays Hwang Shi-mok, a clinically emotionless and logical prosecutor who is a bit of a lone ranger among his colleagues. The two join forces to solve a mysterious case about a string of murders that reek of widespread corruption inside the prosecutors’ office. The new teasers released are from Episode 0: Stranger.

The first teaser starts off showing various clips of Jo Seung-woo around the city. The music builds tension as it cuts to Bae Doo-na holding a gun on Jo Seung-woo, who doesn’t look alarmed. Bae Doo-na’s voiceover says, “Invented truth,” and Jo Sung-woo says, “Everyone is a suspect with a motive.”

The second teaser is a two-parter, starting with Jo Seung-woo walking through a fenced tunnel, away from what looks a prison. The voice over of an unknown man says, “I am being falsely accused. I didn’t kill anyone. It is all a lie. It is all a fraud.” Jo Seung-woo pauses and looks around, as his voiceover says, “Designed truth. Everyone is a suspect with a motive.”

The second part of the teaser focuses on Bae Doo-na, who loads a gun and holds it up as she advances on something. The voiceover of the man is the same as before, insisting on his innocence in the face of a truth that’s been invented. Her eyes are intense as she voices over, “Designed truth. Everyone is a suspect with a motive.”

The production quality looks wonderful for this drama. I love the clean cool undertones that are a nice contrast with the fast-paced tension. Jo Seung-woo looks like he’s pulling off the emotionless prosecutor look well while still preserving a sense of urgency. I love Bae Doo-na, so I’m looking forward to her fresh take on a detective.

Also, if the teasers are any indication, then I would say to expect a lot of couture fashion in this drama (which I am all for). I was all into the thriller aspect until I say Bae Doo-na in that last teaser; I was immediately left wondering where her outfit was from and if I could afford it. I know my mind should be on the mystery, but that outfit.

Forest of Secrets is a fully pre-produced drama and is set to premiere on tvN in June. 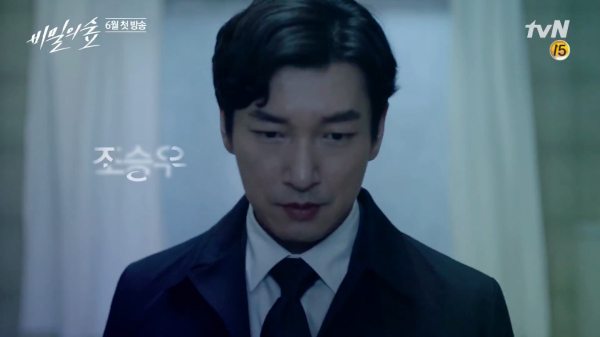 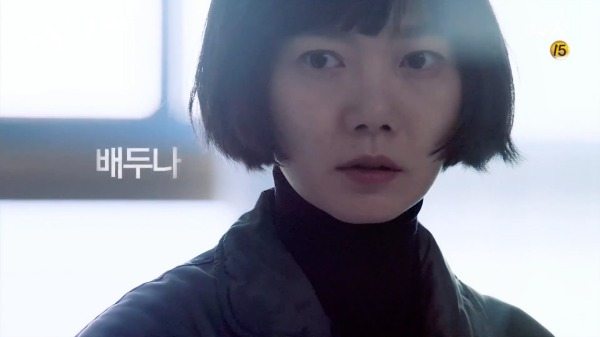 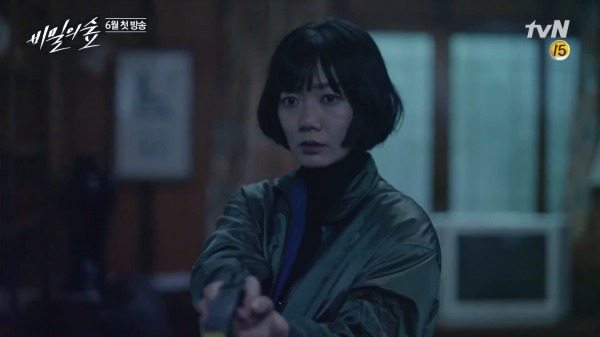 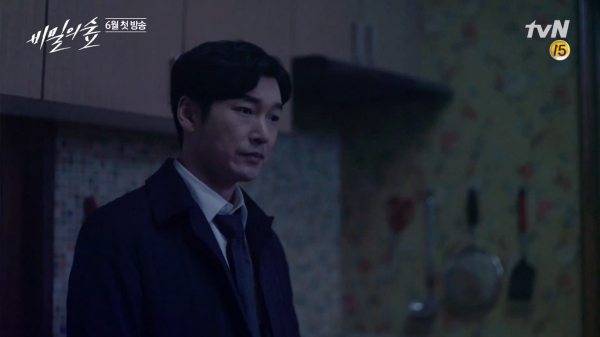 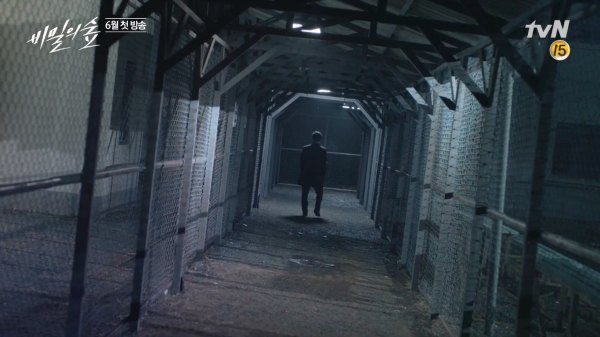 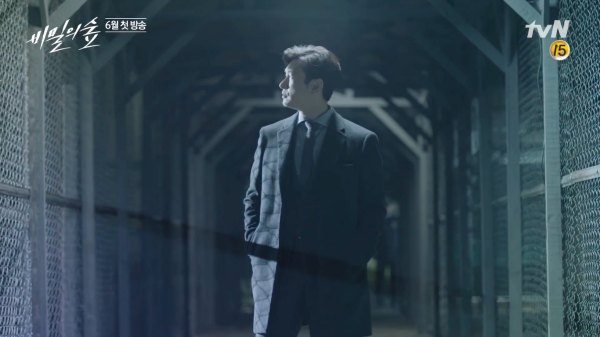 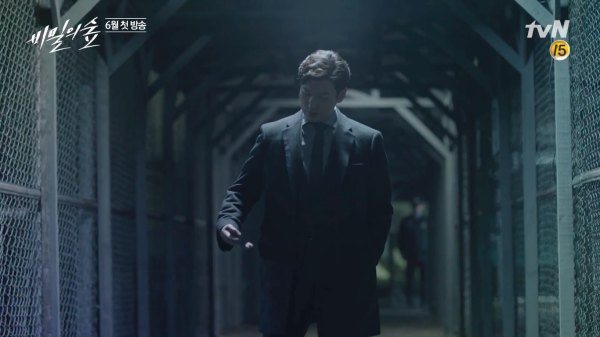 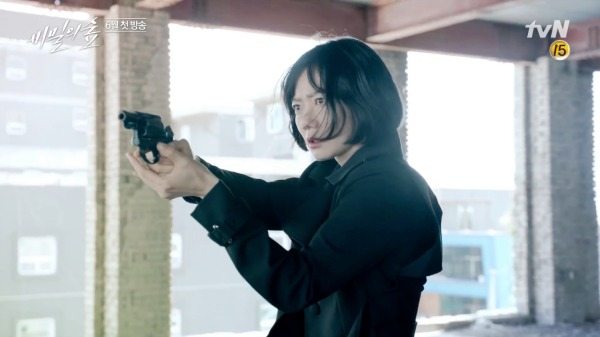 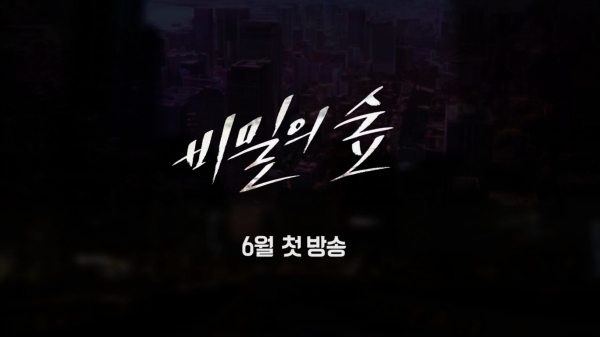 This looks much more noir than I thought it would.

Noir ain't bad at all. I love a good dark and stylish thriller.

So do I. Have seen all the Hitchcock movies more than once.

I definitely agree with you on that Buhdoop. That jacket is giving me life!!!! I also love the open vulnerability and earnestness playing on her face in that second teaser, and the capable and does she pointed her gun. Sympathy and dogged efficiency. I love the juxtaposition. Definitely looking forward to when this show starts!

That expression makes so much sense now that we've seen it in context :O

oh man for someone who loves crime/thrillers, june is going to be one crazy ass month with circle, duel, and this coming out. i'm stoked

Same!! We've been blessed. There hasn't been many romance shows this year

This is not my style but I love her look so I might try it.

How can Bae Doona's skin be so clear and pretty *^*, but yes totally agree on the jacket. I hope there will be good PPL and fashion sense, and please for the love of god if there's gonna be Subway. Let it be a good one and not a repeat of some not to be named...

i don't have issues with PPL too much if it isn't so blatantly obvious...but whenever subway shows up its just so in your face, "you know what this is..." type of thing. lol

7 gadis | clawing my way back after the longest drama slump

Love it. Those teasers look slick.
And it will air right when I'm in the mood for more thriller too. Bring it on.

Bae Doo-na yassss *throws fangirl flowers* why are you so awesommmme. Also this show looks SICK. Looks like both of them should be intelligent detectives unraveling lie after lie to get to the truth. Just like I was for for Tunnel, I am PUMPED.

*Joins you in the fangirl flower throwing* What a queen. She can do no wrong in my eyes, I luv ha.

Episode 0: Stranger?? Does that mean we'll get an episode before the first one?
*heart eyes* Jo Seung-woo's hair though!!

Thank you for the article, Buhdoop. I so look forward to this drama because of Jo Seung-woo (He is always fantastic) and Bae Doo-Na. Very excited for it.

I'm going to watch this just because Bae Doona is in it. I'm curious.

i'm always in when bae doona is attached to it. i find her quite...refreshing for some reason. she's always stretching her limits. i think she's awesome.

I see Choi Jin Hyuk in the first photo...

A bit disappointed about cinematography. I mean, since it's a pre-produced drama, we can expected more right?

TWO hotties. Bring it on.

(Praying till the day it airs that it will be good.)

can't wait for Jo Seung-woo's comeback in the small screen since God'sGift..

Bae Doo Na is an acting goddess. If she's in it, I'll watch.

Can't wait to see this. I'm really interested in how these two work together.
I doubt it will be like other dramas where they do petty bickering. Gimme it. Gimme it now!!