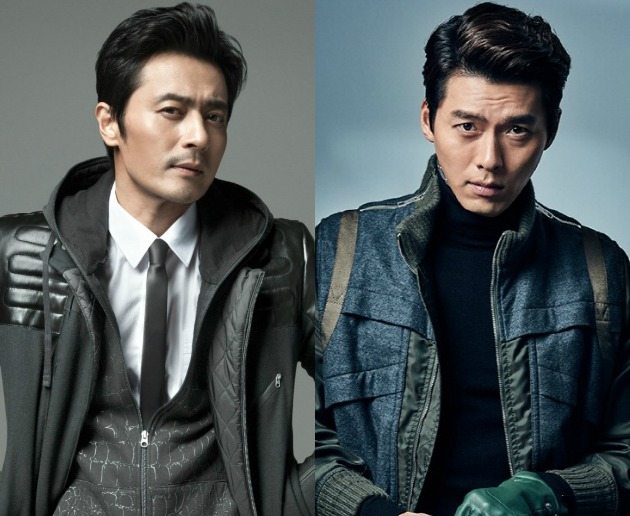 Man, you can just feel the star power in this project. Zombie sageuk Rampant has added Jang Dong-gun (No Tears For the Dead) as a potential castmate to already-confirmed Hyun Bin (Confidential Assignment), which would make for one awesome lineup. From initial reports, it sounds like Jang Dong-gun’s character won’t be on the same side as Hyun Bin’s, but I’m secretly hoping they work it out and take down zombies together with swords and in sageuk garb, side by side. I can already picture it. *drool*

Seeing as Hyun Bin’s character is part of the royal family, I can see some palace politics playing out in the film, with the zombie apocalypse as a backdrop. Sort of like The Walking Dead. I’m venturing a guess that Jang Dong-gun’s character will be a political opponent, although I might find myself yelling at the screen to, you know, take care of the ZOMBIES first. Priorities, people.

The “night demons” Hyun Bin will face are described in articles as more like a hybrid of vampires and zombies: They eat human flesh but also drink blood, and are only active at night. Ick. Given the production company’s experience with the genre (NEW was the company behind blockbuster hit Train to Busan), we can probably expect some pretty realistic, and therefore terrifying, depictions of the “night demons.” I can’t tell whether that’s a good thing.

It’s always fun to know that co-stars are friends in real life—Hyun Bin and Jang Dong-gun are both on the same baseball team in an amateur celebrity league—so we can count on the two to have great onscreen chemistry, antagonistic or otherwise. Hopefully Jang Dong-gun will confirm, and we can see them both on the same screen.

Rampant is still in the casting phase, and hopes to start filming in the latter half of 2017. We can expect to see the film in theaters sometime next year.

woahhh, but im betting the leads' good looks will compensate the nastiness of the night demons ?

This one is different from the Deal one with SYJ right? So he has two projects.

It seems that we won't see HB anytime soon in dramaland, he's building his movie career, maybe his last drama made him doesn't want to get back to dramas for the time being and focusing on movies.

Not a fan of zombie movies but it's worth the checking, I've also watched TTB and enjoyed it.

I really like him as an actor, but to me it doesn't seem like he's chosen the best roles out there. At least of the ones I've seen. I'll check this out too, just to see HB.

I wonder how big this budget will be.

I am obsessed with most horror genres so I'm rubbing my hands together in anticipation for this.

They can't cast these two in the same movie and not give them a bromance!!!

Oh I though it was going to be a drama and i got all excited hahaha, but this movie will be epic anyway! I hope Jang Dong-gun confirms it.

but...zombies don´t really care how big of a star you are. They are more curious about the size of your intestines than your paycheck.

Hey hey hey. They're not that aged. But they are fine. ?

Wow, this is the Dream Team!!

another movie, i guess he's not coming back to kdramaland any time soon.

I'd rather see Hyun Bin in a romance, but I'll watch this. LOL.

Do we REALLY need another zombie show?

if they are as good as "train to busan", why not.

old stories retold in an exciting way and seen through another angle can give it a fresh take which may be better than the previous versions.

just like this upcoming drama "man who dies to live"… the vibe i get is that the drama's a retake on "count of montecristo".

Ooooh. I'm so glad that NEW is the production company behind this. It would be a waste if such good (in terms of talent AND looks) actors would go to a company of lesser experience. That said, I hope the night demons don't do too much damage on them. Hyun Bin looks especially handsome in royal robes!

I'm excited for them, but I'd really like to see them in a drama...along with Son Yeh-Jin, too.

I think it was javabeans who once said that after so much drama-watching, it's as if she can't watch anything shorter anymore. Like, a 2 to 3 hour movie just feels too short. Perhaps, it's contagious, but I find no patience for movies anymore, either!

Jang Gong don has got my vote!!! He is an incredibly talented actor, musician and much more. And he is smoking hot!!!

The movie is so great. Never thought JDG will be a believable villian but damn, he can pull it! Plus, Hyun Bin back into dramaland after long movies done for past couple years seems very good on his fortune now 😊