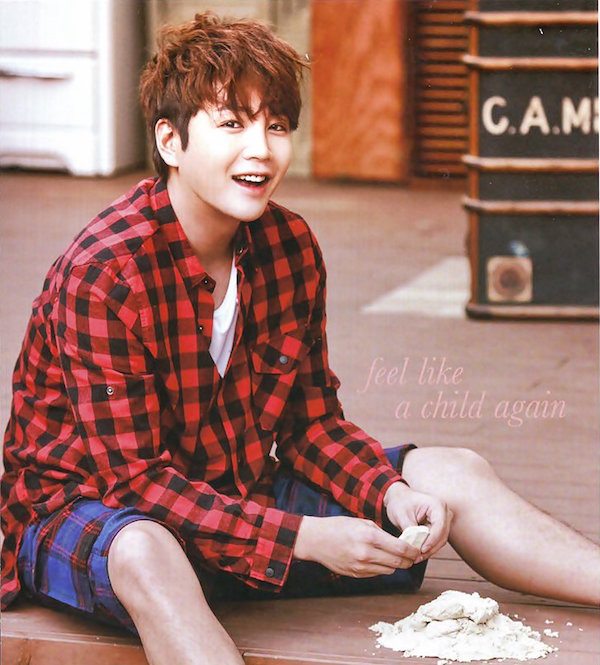 Details regarding the plot of the film have not been released, but the basic premise is that the movie will metaphorically show how humanity has changed and survived to become its present-day concept. Judging from the director’s past works, I think it would be safe to say that Human Time will be deeply contemplative, with unique ideas on the themes presented.

Compared to Ahn Sung-ki and Ryu Seung-beom, Jang Geun-seok’s movie filmography is relatively short, mainly composed of coming-of-age stories and rom-coms, although there was The Case of the Itaewon Homicide which I thought was exciting and displayed his acting range the most. I have a soft spot in my heart for Jang Geun-seok because he was one of my first drama crushes, starting from his playful maknae days in the sitcom New Nonstop to one of his first drama roles as an adult (he got his start as a child actor), Beethoven Virus.

However, his recent projects have been rather disappointing, from his last movie, 2011’s You’re My Pet, which was a remake of a Japanese drama by the same name, to his past two dramas, Jackpot and Pretty Man, which were terrible. So I’m hoping that he’ll find a way to reinvent himself again and expand his acting abilities through this new project.

Filming for Human Time will begin later this month.

I think it's a case of bad luck in choosing projects that aren't well written. I hope Jang Geunseok is able to show his best if he accepts the role.

Also, does anyone know when he's enlisting?

If he had enlisted when that silly tax scandal broke, he probably would have had a smoother career now. :(

Kim Ki-duk is Amazing! I hope he takes it.

I also have a soft spot for Jang Geun-seok. I haven't heard good things about any of his recent projects, so I haven't bothered to watch any of them. However, I think he has amazing potential with just the right role/writing/directing. This film looks like it could give him that opportunity to really showcase his skills.

The last project of his that I watched was Mary Stayed Out all Night, and yes, I agree, it does seem like this film will coax out the best of JGS.

JGS is a good actor, even with horrible scripts, he does his roles pretty well a la Jackpot.
Thus, wishing him luck with this one.

i need him in a drama of a great plot & cast. i endured mary stayed out all night & love rain for him but i couldn't do it anymore after that. the projects that he picked.. weren't my type..

but i can make do with this movie 1st. hope more details on the plot will be out soon.

Jang Geunseok, fighting! 'hope this movie will revive his career. I want to see him in a drama but maybe it's all too soon after that somewhat disappointing role in Jackpot so maybe after this movie, if he is going to enlist then let him have that as a hiatus from everything. Maybe he needs to refresh and pick better projects, of course.

I hope he accepts the offer. Working with Kim Ki-duk and Ahn Sung-ki would be like hitting the Jackpot for this talented Pretty Boy who really needs a good project to get him back on track as a respected actor.

I loved him in Jackpot. It's not a bad drama for me though haha. well start a movie career as a real actor through kim ki duk is a good move. why he is not doing this earlier? he is my first love korean actot too. since I watched him in you're beautiful. but that drama really ruining him as a real actor. god so glad he is back on track again start from jackpot. and now he even pick a kim ki duk drama.

I did too and I'm glad I'm not the only one who enjoyed Jackpot even though it wasn't perfect.

I hope it works out and that he's great in it! I think he's a great actor, but agree with everyone else about his recent projects (well, pretty much everything after "You're Beautiful."). Although I think his performance in Jackpot was pretty well-received, even if the drama turned out to be a mess.

I miss seeing JGS in something I would like. Hopefully, this one is it.

I forgot he was in Nonstop! His loveline was so funny.

I too have a soft spot for JGS ever since You're Beautiful! I tried to watch Jackpot but just couldn't continue. I hope he does find a project that will enhance/revitalize
his acting career, he is/was a great actor! An Indie film seems like a good choice.

I really really hope this project proves as a new lease for him because I loved him in You're beautiful and I want him back..

oh my god, I was just thinking if he has drowned himself in studies or if we´ll see him soon. Yes, please, Kim Ki Duk would give a fiiiiiine training for any actor. he´d cetainly get to go to all the fancy European festivals if the movie does well.) accept it. That´s an order. no school is better than this.

So I’m hoping that he’ll find a way to reinvent himself again and expand his acting abilities through this new project.

Probably the reason this project is happening...
I'm surprised by Kim Ki Duk casting choices those past few years, but at least I'm glad we are talking about his projects. I'm intrigued, I hope it'll be good.

kim ki duk has some really amazing movies in his portfolios like time [bawled my eyes out], then spring,summer,fall,winter, and spring, and 3-irons. Time even made me think so hard, because all the pieces of the puzzles were too surreal, and yet heart wrenching at times. Part of the credit goes to actors of course, and to the amazing script. Coming back to JGS, though I have a soft corner for him too, since my first kdrama sort of has been 'you're beautiful', and though he has been quite random with his project choices, still he's quite a good actor, which is quite fathomable from beethoven virus, or love rain. While love rain sucks as a whole, but JGS from the past arc, acted good. So his bad projects are more of him selecting the poor scripts, and less because of how he acted. Nevertheless I like Ryu Seung-beom as an actor too, so curious to see how or if JGS reinvents himself in films.

Holy cow! The last time I saw JGS he had a flowing mane for You're Beautiful, I nearly didn't recognize him in that photo. Here's hoping he takes the part, and does well!

Bogoshipda JKS! Will always support you. ❤️ ^^. Break a leg on your new indie film!

There used to be a time when I would watch anything he was in. Now I'll just have to watch for the reviews to come out first. I hope this one will be good, because I still love him a lot.

This is so exciting. He's one of those actors who you know could do so much more with better source material, and you're just repeatedly disappointed as you see the end result of his projects. SOMEONE HAS SEEN THE LIGHT.

I really want to see Jang Geun-seuk in a drama/movie again. I also have a soft spot for him. I wish him luck.

The first 4 episodes of "Love rain" are the most fascinating first 4 episodes of any korean drama I saw. The falling in love, the nostalgia, the human drama in it. And Jang Geun Suk was really great there. Also in Jackpot he played excellently, only the script became messy in the second hald of the serie.
He is a great actor, so I am waiting to see this new movie!

I completely agree with u! That 1st 4 episodes were the best part of the show..just wish they stayed in that era tho..

a turning point for him wd be good.

Wow, i love his hair in that pic! I'm glad he's picked for this project. I was afraid he'll disappear again after Jackpot.

looking forward for next drama/movie of jks

I love Jang Keun Suk! LOVE RAIN is my favorite drama and I don't know why you're describing Jackpot as terrible I thought it was very enjoyable and JKS did a great job in that! I'm very much looking forward to this new film. It's definitely been too long!

Just bcoz South Korea gives high ratings to each and every star except JKS is not at all his fault or bad luck or bad choice of script or whatever you say. "PRETTY MAN"!!!! That was terrible??? Who said that?? Just bcoz it got the lowest national ratings?? Then what about the huge popularity of the drama n Matte Oppa internationally?? Have all seen the huge welcome in China, Japan, Singapore n all.. There are ENG sub fan meetings of China n Japan available in YouTube for Pretty Man.. Everyone can see.. Even his non fans who watched the drama through us praised it to the fullest having such a unique script, fantabulous acting (especially of JKS), so many things to learn... actually it's very very unique from all kdramas.. N so is the case with Jackpot which even fetched him the best actor award in excellence category. I bet if any other star would have made his dramas SK ppl must have given them soaring ratings n everyone must b writing dozens articles praising them. Even the very popular ENG media sites don't get any time to write on JKS.. Even his philanthropical activities are not considered a hot topic by them.. He doesn't show off when he gives... but if u dig up history u will find what a genuine man he is!! From buying 2018 Paralympics tickets to promoting all local stores, helping poor, giving medical aids to small children n even booking taxis for His fans waiting for him late night.. After winning best actor award for Jackpot, he even gathered his fans outside venue n thanked them personally.. Has anyone seen a celebrity doing that for fans?
And his fans (eels) & he are all doing everything alone starting from promoting, advertising, translating, making memes on JKS.... Even Switch drama of 2018.. plz watch it n realise if there is a drama like it in kdrama history?? No one can give a single negative comment for the drama.. But see the national ratings..
And honestly we eels don't care all these.. We know he takes time to choose a script, n the result is always outstanding.. we don't care a bit abt all those stereotype thinking abt him..

For all what he has achieved alone, for what he is doing is just marvellous.. ❤