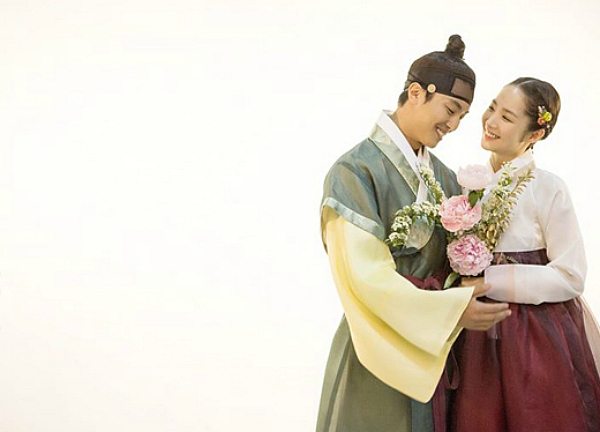 The parade of stills and trailers continues for KBS historical drama Seven Day Queen, a Joseon-era royal romance where paternal brothers King Jungjong and Yeonsangun are both in love with Queen Dangyeong. Dangyeong was queen for the shortest time in Joseon’s history, having been deposed after seven days because of her father’s involvement in royal subterfuge. The story is being touted as Korea’s Romeo and Juliet, with two lovers tragically torn apart due to their warring political families. So get your tissues at the ready.

The latest stills show all three of the main cast together: Park Min-young (Remember—Son’s War) looks gorgeous as Queen Dangyeong, the woman who will be loved by two brothers. Yeon Woo-jin (Introverted Boss) is future King Jungjong, whom we meet as a prince who must live quietly so as not to threaten his half-brother, tyrant King Yeonsangun, played by Lee Dong-gun (Laurel Tree Tailors). The tenth and eleventh kings of Joseon, one a tyrant and the other a great ruler, and the one woman they love. Can you imagine their family dynamics? 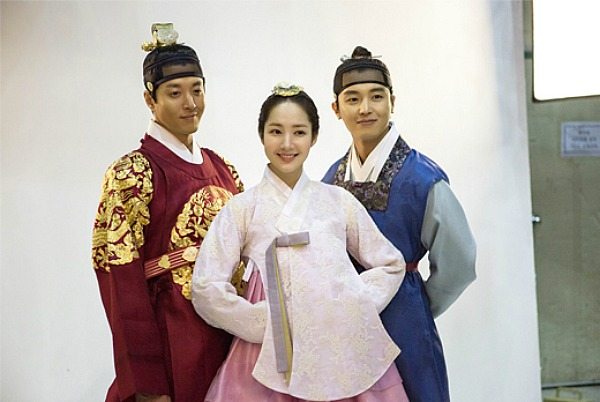 The new teaser opens up in happier times as a young prince is playing in a field with a young lady. Park Min-young says in voiceover, “I woke up the heart I shouldn’t have awoken. I received the heart I shouldn’t have received.” The caption goes on to state that this is the most tragic love story in the history of Joseon. We next see Yeon Woo-jin as the grown-up prince, who seems to be living in hiding. In a tender moment in the past between the prince and the young lady, she says to him, “When we are born into this world, I think we should fulfill our duty.”

But then the trailer turns dark as another voiceover says, “Stop here. You were not meant to meet from the beginning.” The caption confirms our worst fears: “A love between two people who must kill each other to live.” In the next scene, Park Min-young is crying with all her royal robes removed, and Yeon Woo-jin sheds tears. She says, “If I am reborn, I will never meet you.”

In the second batch of still images below, 2PM’s Chansung (Ms. Temper and Nam Jung-ki) is shown as Seo-no, a true friend to Yeon Woo-jin who has been loyal to him ever since the prince saved his life as a child. The show promises an everlasting bromance with heartfelt friendship and loyalty.

My goodness, I don’t know if I can take this story. You have a tragic love, a broken family, and a bromance that my gut says will not end well. This feels like one of those stories where things are great, then it turns bad, and everything gets worse. But maybe the writer will pull a Moonlight Drawn By Clouds and rewrite history? 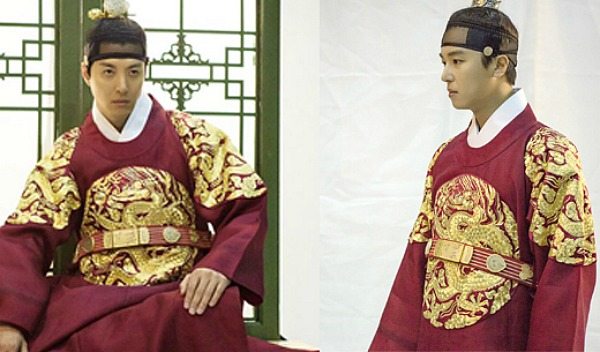 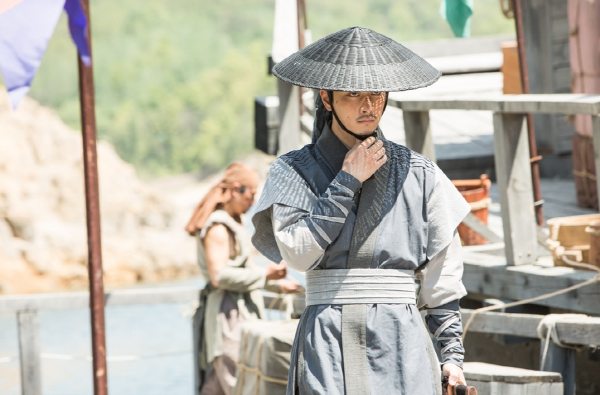 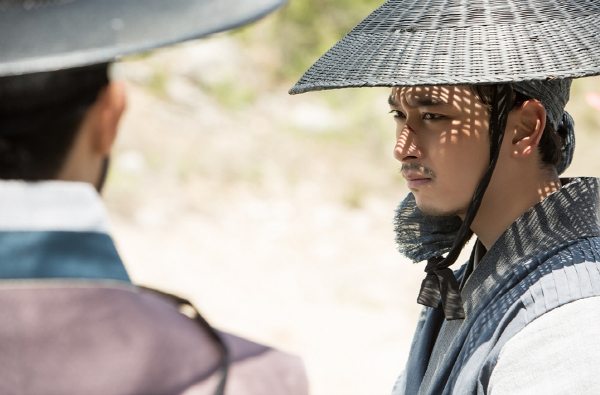 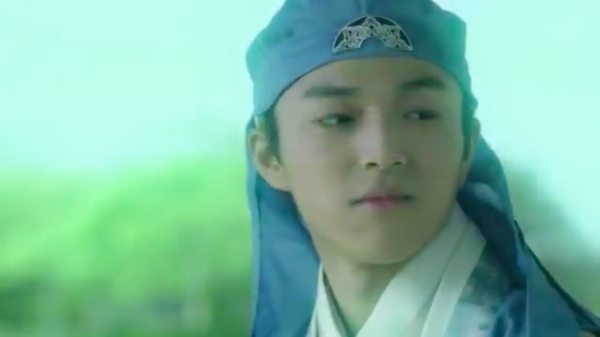 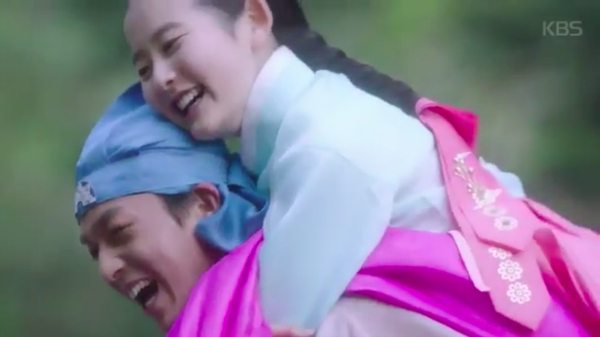 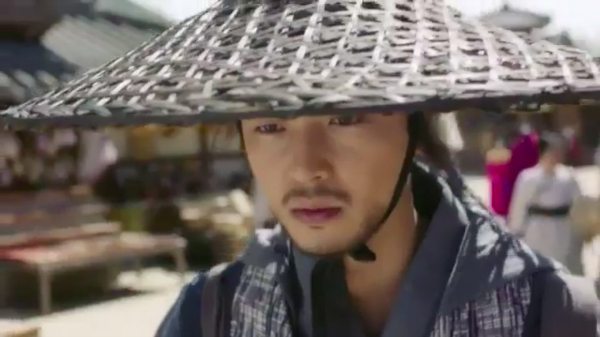 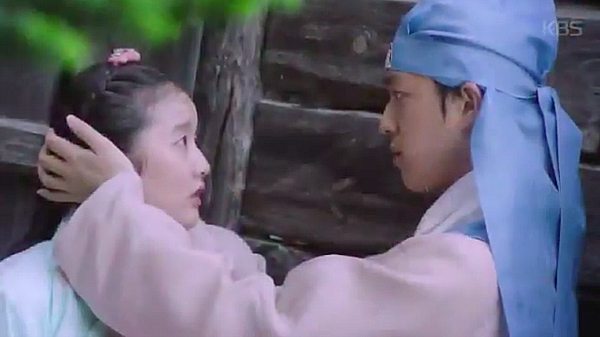 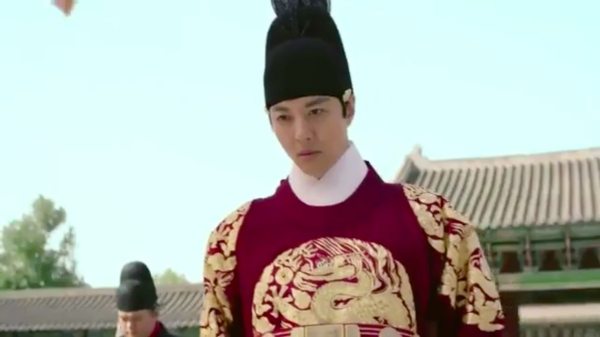 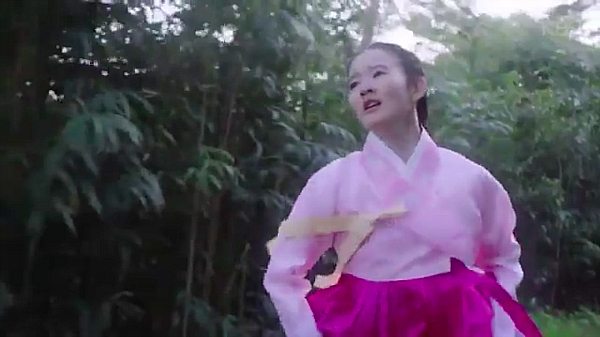 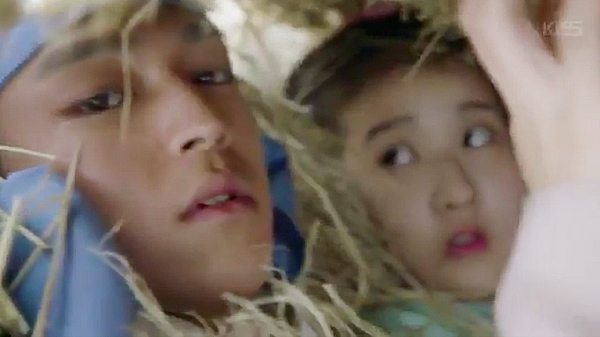 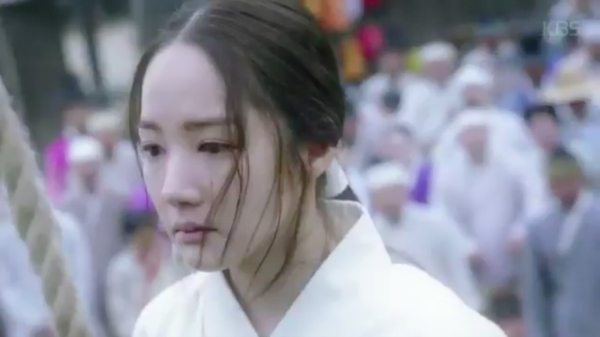 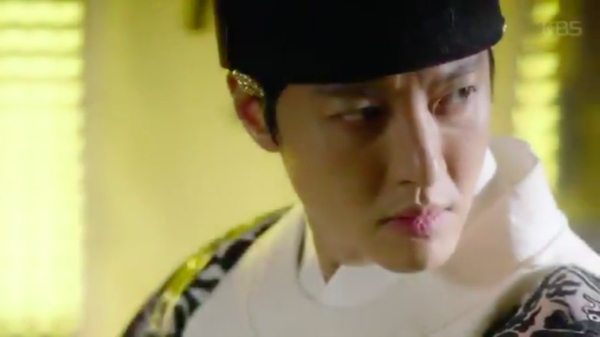 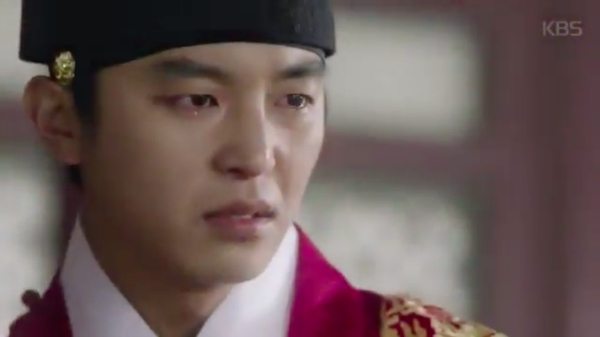 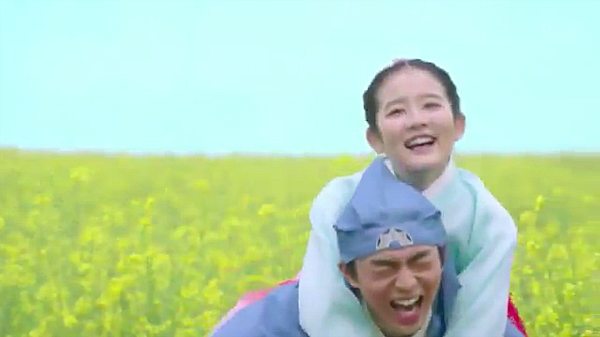 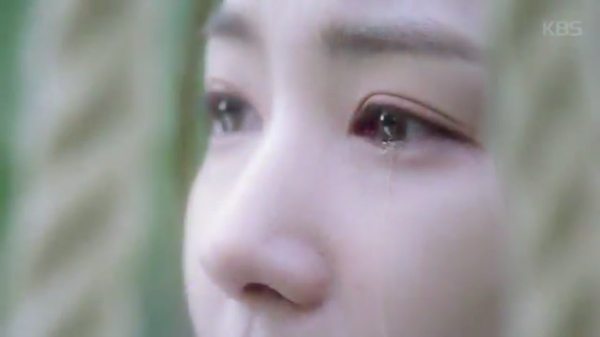 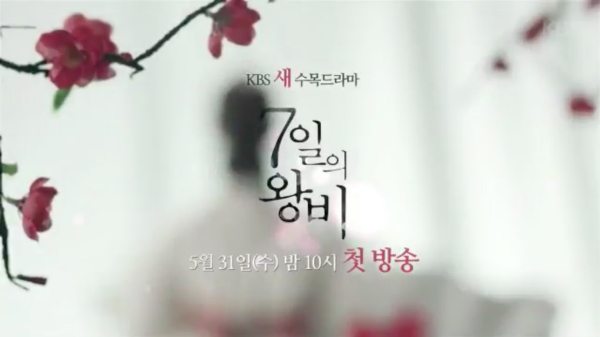 Yeah it looks so beautiful... but I hate heart wrenching story lol.

Until now it's still hard for me to continue watching 1 litre of tears because it hurts when I'm watching it, knowing that it wouldn't end well :(

Happy moments on childhood scenes but accompanied by sad voiceover in the background make this teaser more heart wrenching.

I'm grateful to have leads who can pull emotional scenes well. And I also had no idea that this drama would be beautiful to look at, at least from the teasers so far. Hopefully the writing turns out well too ???

Beautiful and very tragic. Usually not my cup of tea but who noes...

It's super weird but my most memorable Lee Dong Gun characters are second leads (except for Sweet 18).

Also, I actually do think Yeon Woo-jin is the superior actor (who, not to mention, fits the lead character better). The casting makes sense for the roles they are portraying. Plus, for a villain like this tyrant, you need an experienced actor like Lee Dong-gun.

Better be second lead in interesting project and role rather than first lead but got outshadowed by second lead. He has been in comfort zone for a long time, if he succesfully portraying tyrant King in this drama, it will be good turning point of his career.

I don't think being the second lead is a bad thing if done right. In this case, I think the production did well in casting him for the role of Yeonsangun. Looking at the stills and the trailer, I think he fit well into the role of tyranny king.

Now let's imagine Yeon Woo Jin and him switch places: Yeon Woo Jin will look too soft to be the tyranny Yeonsangun and while I believe that Lee Dong Gun can play the loverboy Jungjong well, it will be a waste of his talent.

Looking at how well Lee Dong Wook did after being the second lead in Goblin, I don't think being casted as second lead is a bad indicator at all.

Another example is Kim Ji Suk in Rebel. Granted he has never been a lead actor, his second lead character in this drama is more intense and complex. This character enables him to showcase his fullest potential. The same argument goes for Ji Chang Wook in Empress Ki.

Hmmmm.... Lets stick to what history stated
I think it become interesting.

I'm just here for Yeon Woo-jin ? Hopefully we'll get some sweet/funny/cute moments in before the cry-fest starts!

I didn't recognize changsung until I read his name and doubled-back to the picture.

Almost crying because of this teaser ?

Park min young is one of my all time fav actress and this is a real threat to watch yeon woo jin playing something serious and not really a comedy one anymore. I'm in for the ride!

Is that the same child actress from SFD? and the flower field too? is it the same filming location? Uh oh..

Oh all the SFD memories...

The tenth and eleventh kings of Joseon, one a tyrant and the other a great ruler, and the one woman they love.

This sentence made me realize that this might be the highest level of love triangle that we ever had in dramaland. A love triangle with two kings. It made chaebols look like nothing :D

This sentence made me realize that this might be the highest level of love triangle that we ever had in dramaland. A love triangle with two kings.

I think that EMPRESS KI's triangle outranks it with an emperor and a king at odds over the same woman -- who becomes an empress. ;-)

As weird as it is, I think I might watch this because I miss the days when Kdramas used to make me cry buckets of tears while visiting my fingernails and screaming at the screen. So this drama is very much welcome. I sound soooo weird?

So this drama has been solely designed to wring tears from the viewers so much that it blurs the screen which forces them to re-watch the scenes again which induces more tears. So wash, rinse, repeat.. Great strategy, drama!??

the feels of this drama gives mr the chills. i its soo tragic it eould be a great one, me thinks. so here is my plan on how sm going to watch it. l wilk photocopy my heart. put the origimal away and use the photocopied one. coz l think we are going to have one mighty ride with this drama

Good call! *Goes to photocopy my heart, too*

Aurgh, that screencap of Yeon Woo-Jin in tears ♥

oh my God.
I already feel the angst just by reading the short description. :/

*going to fill up my room with tissue*

Am I the only one who thought the 8th photo guy looks like Lee Bang Ji from Six Flying Dragons?

This will be a sure cry-fest but I love watching Yeon Woo-jin crying, am I weird?

Wait so if this follows history accurately (which I prefer tbh) , the leads are doomed to have a tragic ending?