Man Who Dies to Live

A Korean man goes to the Middle East in the 1970s and finds great success. When he returns to South Korea to find his estranged daughter, they learn the meaning of family, despite their complicated past and the differences between them.

A Korean man goes to the Middle East in the 1970s and finds great success. When he returns to South Korea to find his estranged daughter, they learn the meaning of family, despite their complicated past and the differences between them.

Shin Sung-rok, Kang Ye-won potentially get married for Man Who Dies to Live 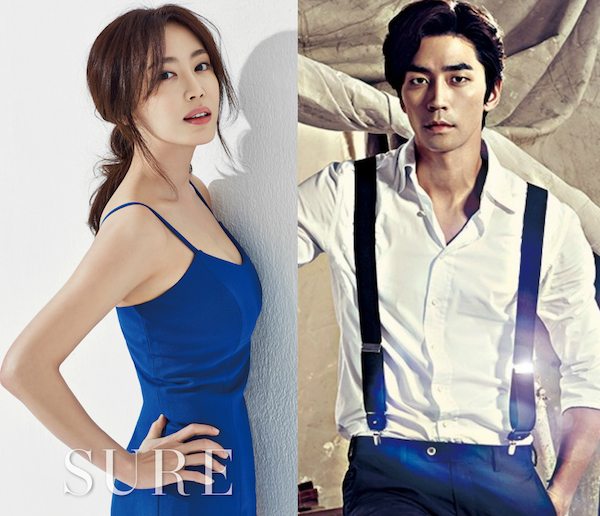 Well, this would certainly be an interesting pairing: Shin Sung-rok (On the Way to the Airport) and Kang Ye-won (Baek-hee Has Returned) may become man and wife for the upcoming MBC drama Man Who Dies to Live. It’s about a father who goes to a small faraway land in Arabia called Bodantia and comes back a nobleman. The drama will show the true meaning of family as he tries to reconcile with his estranged daughter and her husband.

Earlier this week, Choi Min-soo (The Liar and His Lover) received an offer to play the title character, an earnest worker who amasses success in the fictional kingdom of Bodantia to eventually become a count. Kang Ye-won is up to play Choi Min-soo’s daughter, who is confused and taken aback when suddenly confronted by the reappearance of her father in Korea. She’s a dedicated wife who works hard to care of her childish husband, played by Shin Sung-rok. His character Kang Ho-rim is said to be born with flamboyant good looks that could have given him the fate of a powerful person’s consort (direct translation: First Lady), but in reality he’s lived his life as an ordinary salaryman.

I’m really digging this trio because I think both Kang and Shin have been underrated by the industry. Despite his stellar chilling performances in You From Another Star and Liar Game, Shin Sung-rok hasn’t been given a leading role, and while Kang Ye-won has a diverse filmography and dramas like Bad Guys and Baek-hee Has Returned under her belt, she isn’t quite a household name yet. Perhaps power-teaming with Choi Min-soo for this unusual family story will be just the thing for them.

Initially, reports said that Man Who Dies to Live would be a 24-episode series, but it looks like it will actually be a shorter 12-episode drama. (The change in the number reported might be because of the episode numbering switch-ups that are going on at the broadcasters due to mid-show commercial breaks.)

Heartwarming family drama Man Who Dies to Live will air on Wednesday-Thursday starting sometime in July, after the end of Ruler—Master of the Mask.

lol I didn't read the "for man who dies" part, so I thought they were getting married for real and freaked out.

if he did though, what would the ring look like, I wonder...

He's already married :'D He married last September to a non-celeb, and they have a daughter now \o/

If Mr. Sung married a non-celebrity then I am mightyly happy for him!!!. For a person like him who has an hectic schedule and also trapped in a very tiny guild to be able to get to know someone not in his small world and share with her such a bond is really good news. I hope he will be very happy.

On another note, I am also happy for him since this is not the traditional psychopath role I am used to see him trapped into.

To be fair he's famously highkey friends with Kim Raewon, who's known to be fiercely private, and in general theatre people are just...there. They bizarrely have ties with everybody.

That's my relief on that I suppose, that it's not ANOTHER typecasted role. I was really disappointed in Airport when they made him a dork but also ruined his character in all other aspects :'D

I'm cautiously optimistic about this one.

Yes, I love the cast, but the storyline is...interesting.

As someone who judges whether or not i'll watch a show based on the number of episode, this new system is really confusing

Exactly. I'm all for any show around 20 eps or fewer. Getting up towards 30 hour-long episodes is my limit. I still haven't even tried a 50-er, that just seems so daunting because there are bound to be parts of the show that aren't as fleshed-out and exciting.

I thought I was the only one who did that! XD
I'ts not only confusing but annoying...even for recaps it's just weird.

Shin Sung Rok~~! Dang, I want him in a lead role. Totally forgot that he hasn’t gotten one yet. He’s very charismatic and alluring.

I’m pretty meh about Kang Ye Won though. It was probably the character, but her role in Bad Guys didn’t impress me.

This new drama sounds wacky, but it could be really entertaining.

I wish they would go back to the original episode numbering. -__-;

I'd love to him on stage together with Jo Seung-woo, Jo Jung-suk, Moon Geun-young, Joo Won and Ji Chang-wook.

Yeay for Shin! About Kang Ye Won, she was meh in Bad Guys, but she was quite good in Baekhee Has Returned and some other projects.

Hmm good to know. I'll probably give this drama a try..... if I'm not overwhelmed with dramas. xP

These are two I'd love to see on my screen more, so I'm down for it.

A lead role for him?

I'd take wacky with these two.

Shin Sung-rok is amazing! And those piercing eyes of him...

Am I the only one who thinks this new format broadcasters are doing is a bit... weird? Instead of splitting one episode into "two" episodes, when they're actually one... why don't they just have a commercial break and air the whole show in one slot? Why even pretend what you're doing right now isn't a traditional commercial break? Just pause, air some commercials, and start where you left off? Why are we pretending you're airing four episodes a week, when that isn't the case? Idk, the formatting just really irks me. Also sites like dramafever and viki should edit these parts together since they're basically one episode. Why are they uploading them like they are separate episodes? I don't get it. I am hype for this show though. I just hope that dramas aren't impacted too much by this weird new formatting.

Why are they uploading them like they are separate episodes? I don't get it.

Because "part 1" and "part 2" are literally labelled as different episodes by the drama itself.

I find it hilarious how the stations are leaping through hoops just to "help" their viewers accept the new advertising method. All along I've been amused by their straight-one-hour-without-breaks dramas, since I think they're like the only public ststions in the world that do this. How were they supposed to make revenue from advertising? And people make fun of their PPLs, haha.

I agree with you, they could just shove the advertisements in there mid-episode without breaking the episode up. I mean, even pay-to-watch tvN does that!

OPENS DOOR SO HARD IT FALLS OFF ITS HINGES

I need this pairing asap

It can be quite interesting to see both of them playing a married couple.

I can't even imagine how that's gonna work, lol.

But sometimes it's pairings like this that turn out the best.

I've only seen him in villain roles, it'd be interesting if he's just a wacky character in this one

Will do, thank you!!

Yeah, I know a lot of people weren't into that show, but I thought it was cute and it was great to see him play somebody who was a little eccentric and charming and not a creeper.

I love SSR so I'm up for watching him in whatever. I can only hope this'll be his breakthrough. He really deserves a lead role.

I like both, Shin Sung-rok and Kang Ye Won. SSR is terribly underutilized and underrated for his caliber as an actor. I don't know whether they don't offer him leads or does he like stage dramas over tv himself?? As for Kang Ye Won, she too is good but underrated. I'll watch this if it becomes reality.

He strongly prefers musicals (he's doing Daddy Long Legs right now) over dramas in general, not that he takes the best mix of them either. There's also the issue that his height gets in the way, which was a huge problem in his early career where directors often passed on him because he was too tall :'D I'm just hoping he breaks out of his typecast funk and take something lighthearted.

And I know one that I can skip without regret.
Not to my taste at all. This is why I am so glad I have bean news to read to sort them all out quickly.