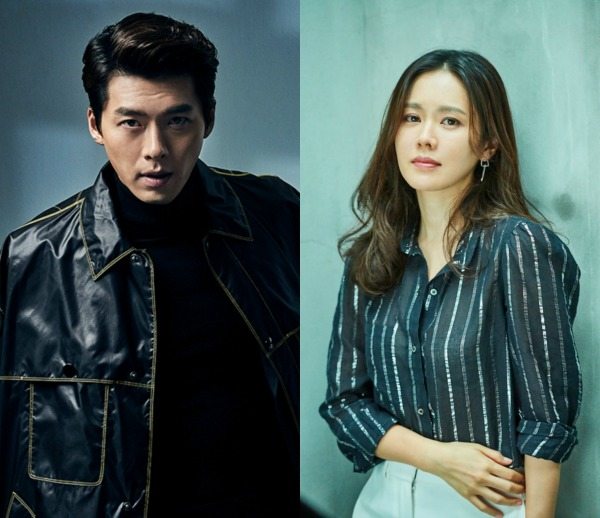 Now that is one good-looking pair of human beings. Sohn Ye-jin (Last Princess) and Hyun Bin (Confidential Assignment) are both favorably considering lead roles in a new film titled Deal. It’s described as a crime thriller and will be produced by Yoon Jae-gyun, whose producing credits include Like for Likes, Dancing Queen, Confidential Assignment, and Ode to My Father, which he also directed. This will be Hyun Bin’s second collaboration with a Confidential Assignment alum: He is set to film Rampant, the zombie sageuk thriller, with director Kim Sung-hoon.

Sohn Ye-jin is up to play a skilled member of a crisis negotiation team, whose superior is taken hostage by Hyun Bin. She will lead the negotiations with the criminal to make sure her superior makes it out alive. Several reports label Hyun Bin’s character as a terrorist, so it looks like there are bigger stakes on the line. Maybe Sohn Ye-jin’s superior got taken hostage while trying to defuse a terrorist attack? The plot certainly sounds intense, with high risks and a badass heroine in Sohn Ye-jin, so I’m looking forward to seeing it in theaters. I was also surprised to learn that, should he sign on, this will be Hyun Bin’s first foray into a villain character, which should be interesting. If anything, I hope the film fares better than tvN’s Pied Piper, which had a similar storyline involving crisis negotiation as its focus.

The director and writer attached to the project are newbies, so I’m not sure what to expect on that front: This will be director (not the actor) Lee Jong-seok’s debut, and writer Choi Sung-hyun’s only other credit is the upcoming That’s My World, which will star Lee Byung-heon (Magnificent Seven) and Park Jung-min (Entourage). New doesn’t necessarily mean bad, but I’m going to try to keep my expectations from going too high.

Both stars are still in that “considering favorably” stage, with their management saying it’s not a done deal yet, but we will probably hear official confirmations soon since filming is set to start in June. There’s no release date available, but given the timeline, we should expect Deal to premiere in theaters in mid to late 2018.

I'm glad to see Sohn Ye Jin being in Chungmuro this year too. Seeing Hyun Bin as a villain will be interesting !

If Jeon Do-yeon is the queen of Chungmuro then Sohn Ye Jin is the princess.

Sometimes I forget how fast dramas are churned out compared to movies.

I'm so used to dramas being announced and casted within a couple of months and then *bam* pretties all on my screen. This wait is going to be long. I wonder if my goldfish memory will even remember it by then.

Just few more days and we'll be half way 2017. We'll definitely forget this and then remember it next year.

Btw, I wanted to leave a message through a fan wall but I could not tag you for some odd reason. I just want to ask for you blog about your trip to SK last year, if it's not much of a trouble. hihihi xD

I wonder have the two ever acted together?

Surprising no. It will be a refreshing pairing! Hope both sign on.

Omg Hyun Bin is getting more handsome...so charming and a villian role. Bring it on!

What a beautiful beautiful man!
I just wish he'd come back to dramaland. Movies always tend to fall off my radar, especially because subs take so long.

Ha! In the pic above Hyun Bin looks like a young Pierce Brosnan...

Can't believe these two never got paired together. I have a feeling the chemistry will be good.

They would be great together. I don't know why nobody thought of pairing them up, but why not in a drama?

How about the project "Now I will meet you" with So Ji Sub?