Swearing lessons and high kicks with My Sassy Girl 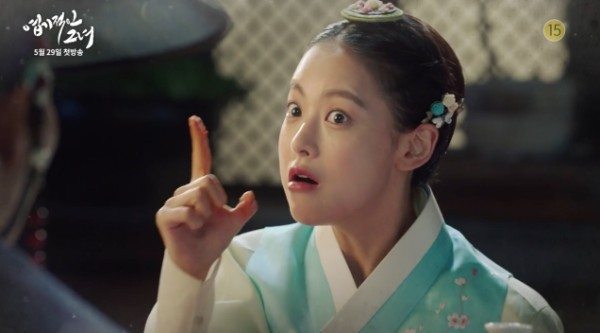 The rom-com sageuk we’ve all been waiting for, My Sassy Girl, has released its second teaser. It starts with Joo-won’s (Yong-pal) voiceover, as he says: “I’ve met a woman who can move my heart.” He plays a prickly scholar who falls for the ultimate sassy princess, played by Oh Yeon-seo (Come Back, Ajusshi), and quick clips show she’s already gotten him overwhelmed.

They practice Chinese together, and she teaches him a variation on the phrase, “Have you eaten yet?” (Ni chi fan le ma?), but when he repeats it back in the same pronunciation, he realizes that he has just said, “You bastard” in Korean. In the continued voiceover, when someone asks whether he’s found a sweetheart, Joo-won replies: “The woman is not my lover, she’s my enemy.” And you can see why as he struggles to lug her around after a late-night drinking session where she force-fed chicken feet into his mouth.

This high-spirited princess kicks higher than most girls can jump, and challenges anyone who’s brave enough to face her. But despite all her bold shenanigans and tomboyish ways, there’s a soft side to her as she pleas for him to stay after witnessing a horrible scene of a tortured dead man. The last few shots show her much more subdued, and at one point, her eyes fill with tears, and Joo-won ends up making this resolution: “I will protect you, princess…”

Kyaa! I love it already. The previous two pre-produced romance sageuks of the past year haven’t fared too well in ratings (Moon Lovers: Scarlet Heart Ryeo and Hwarang), although both did have some glimmers of brilliance. So I’m hoping that this third time will be the charm.

SBS Monday-Thursday My Sassy Girl will premiere on May 29, following the end of Whisper. 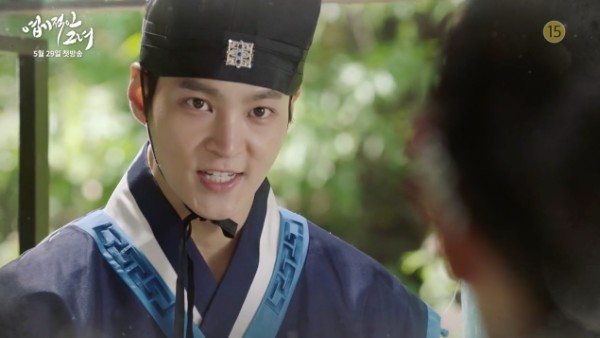 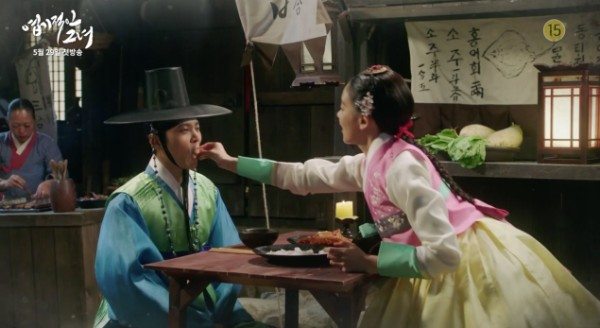 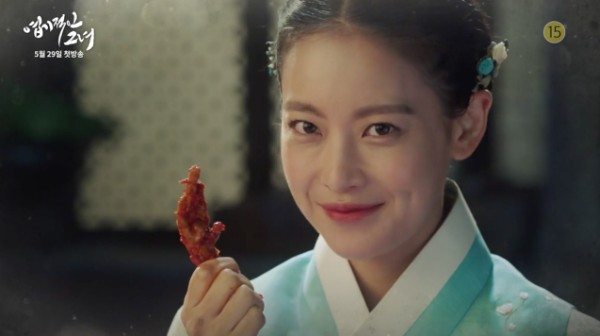 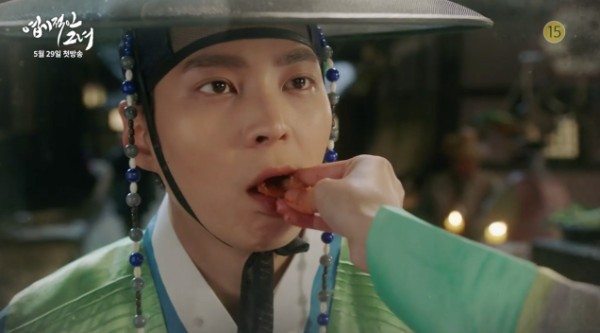 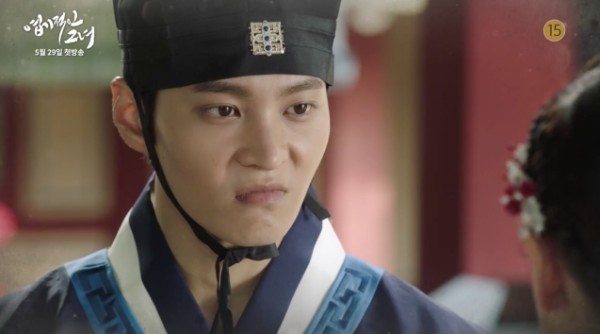 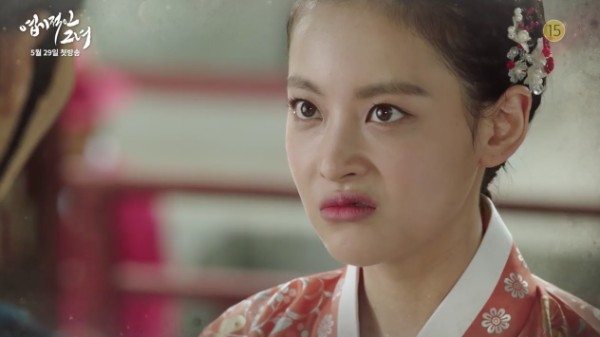 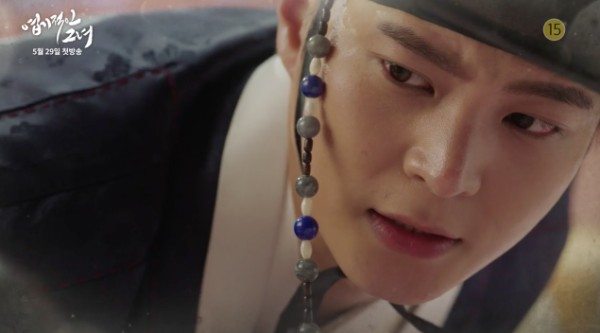 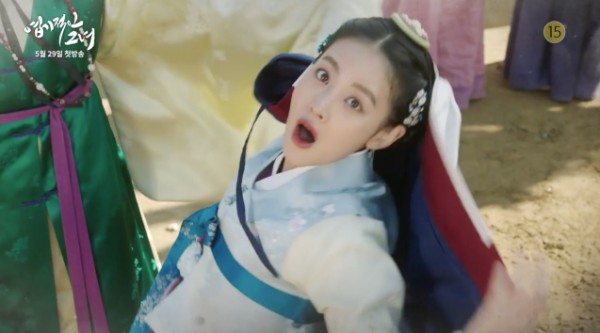 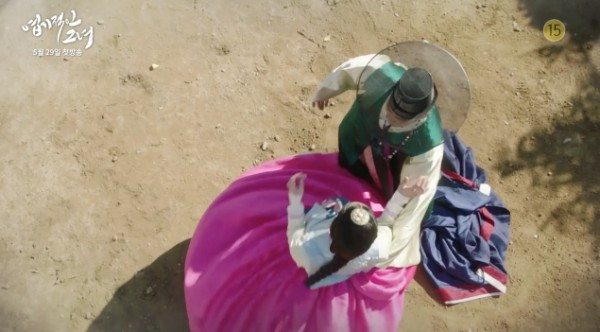 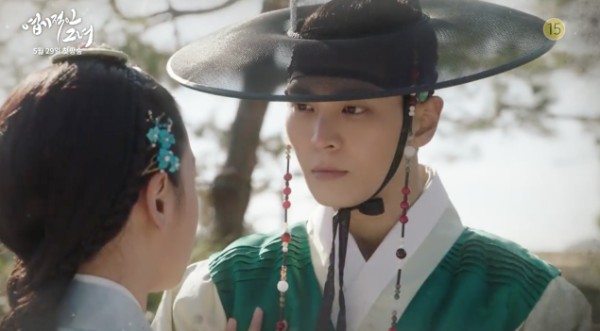 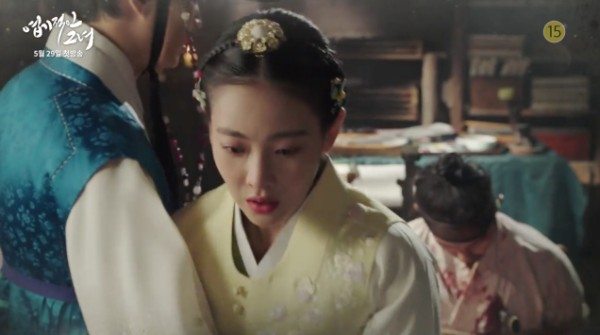 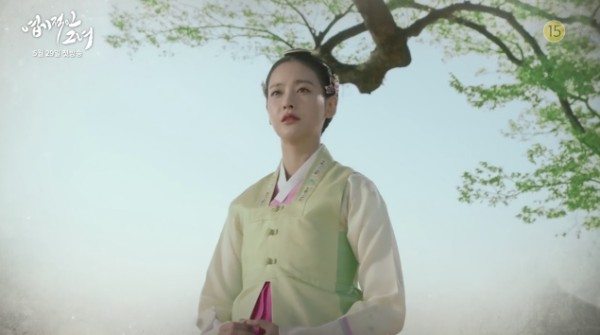 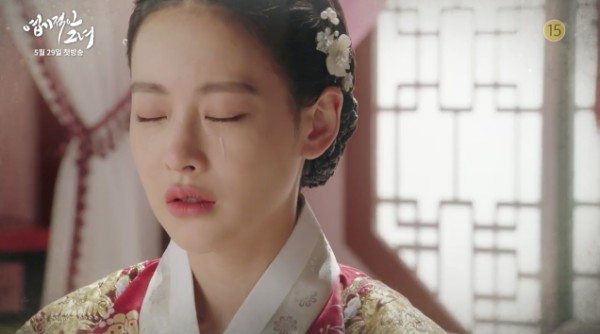 I thought Ruler is pre produced as well?

i would agree with @mary at least we would have balance with our sageuks!

don't want to be rude for Q i hope next time, we give some consideration to the drama being featured, let's not ask questions of another drama as the first post, just saying.

I don't think pre-produced meant anything. Didn't it take place to meet the Chinese' requirement? If kdramas had gone into pre-produced because they really wanted to minimize the issues with live filming and bring up the quality, the label pre-produced would have meant something good.

just give me my joo won already~ i definitely can endure sageuk for him ? coz it will be 2 years without him on my screen after this drama.. ???

Curious to see how the chemistry between these two will work out!

The trailer gave me a little Moonlight feels (I reckon it's the night scene that made me think about the lantern), and the first few seconds seem pretty funny. I still have my doubts, but fingers crossed!

So many interesting new shows coming up! Summer of kdrama, here we go! Excited to Joowon back on my screen!

One thing for sure. This drama looks beautiful.

This looks adorable, I'm definitely checking it out.

Lantern scenes never get old for me. I'm excited!

Omo!! Looks good! *crossesfingers* Only a few more days til May 29! I'm excited!

My sassy girl was still legendary though. I wonder if they will keep the sassy part intact till episode 16 or make her soft and subdued by halfway through the drama.

That is so true, so many drama that claim to have tough female lead soften them halfway through the drama. Jeon Ji Hyun in My Sasssy Girl was a rare gem in that even though she did displayed her 'softer side' at the later part of the movie, she never lost her sass

Ooh ok I think I will watch this after all. She seems pretty awesome and I'm excited to see their shenanigans together :P

Oh my gosh, I need this in my life right now!! I mean, a sassy princess who got a nerdy scholar under her thumb?! Yes, please..

Please, show, don't dumb down the princess later on the drama..let her kick ass till the end..enough with all the damsel in distress females..

Better start praying to the drama gods fr the fate of this adorable princess...**lighting candles**

Omg this is one of the dramas that I'm super excited for!!! I hope it won't disappoint

Gosh I hope this turns out as amazing as it can be....

Love the snarl/snares. I can feel things heat up already.

Finally, a kdrama that tickles my interest. It's been awhile.

I have not seen a rom com saeguk for a while. I actually prefer the lighter and funnier part of Moonlight. Splash Splash Love is another very good saeguk rom com. So I am looking forward to the shenanigans and brave myself for the angst later. Are there saeguks with no angst?

Are there modern dramas with no angst? XD

I love these two and it's gonna be a fun ride amidst the heart-warming moments!!!

Thanks for the update, tineybeanie!

This looks like it will be a romp. Here's hoping it's a raving success for Joo Won as he heads off to serve his country. He looks positively dashing in hanbok. ;-)

I didn't watch the original My Sassy Girl, but I heard that she was abusive? I know Oh Yeon-seo can pull off sass, I just hope she doesn't get abusive. I loved her in Shine or Go Crazy, I hope to love her character just as much in My Sassy Girl.

I also agree that OYS can pull off sass. I thought she was great in Come Back Ahjussi. Although she's looks very sassy here, I don't get the abusive vibes.

everything dropped for us for this drama are all cute and looked wonderful! can't wait for this and my dose of JW!

I didn't know how much I've missed Joo-won on my screen till I watched this trailer!! ~~

can i not be reminded of the greatness that could have been with moon lovers? hahahaha...

this looks interesting. i find myself looking forward to it as well.

Excited for this for so many reasons:

Basically, this looks good and I'm excited for it! Haha.

I was sorta looking forward to this but I just can't watch Joo Won in anything. It's just a personal preference.

It looks like something I'd enjoy. I hope it turns out well.

In love with the teaser to the point that I abuse the play button. Always like JooWon& his works.

A show bearing 'my sassy girl' name has to endure it's weight tho. Hope they stay sassy throughout the course.

I'm glad for the cast&crew that this drama is pre-produced. Life of those in 'King of Dramas' still scares me.

I have such a huge crush on OYS after Come Back Ahjussi! Especially when she plays outlandish, which def looks like she'll do here ♥

Ohh.. I guess this is the magic of living in SUMMEr when you kinda have so many light and bubbly romantic Kdramas to watch.

Though I had some disturbing opinions about this drama (e.g. the choosing of the female lead, the very long pre-production), I will watch it. My suspicion lies in the ability for Joo Won to pull off that kind of between-the-leads chemistry. I remember he said many times that the reason for his chemistries with the females leads was mainly because he actually LIKES them when they worked together (many sources just said he said he FELL for them), but as he has someone he's dating now, will it be possible for him to do the same thing? Hmm.. that remains to be seen I guess.