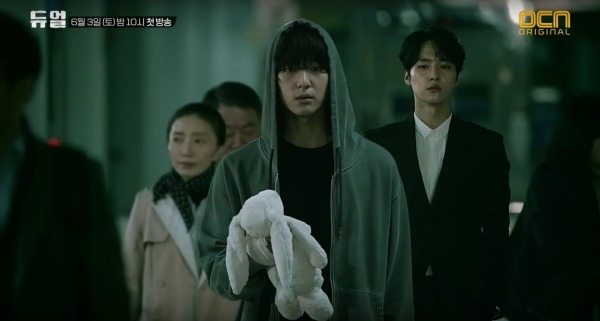 I’m glad that Duel is finally stepping up its promo game, because I’m really looking forward to the sci-fi thriller drama that’s bringing Jung Jae-young (Assembly) and Kim Jung-eun (Make a Woman Cry) back to my TV screen. Two new teasers are out for Duel, and we get a glimpse of the two main conflicts we’ll see unfold in the upcoming OCN drama.

The first teaser shows the two clones, both played by Yang Se-jong (Saimdang—Light’s Diary), facing off against each other, although it seems to be more of a hunter-prey dynamic than them fighting on equal footing. We see Sung-joon, the good one, get off a train bloodied and bandaged, looking terrified and clearly on the run. Sung-hoon, the evil counterpart, comes face to face with his clone twin on the platform, gun in hand and narrating, “I’ve decided to become the devil. For my revenge. For my survival.” Sung-joon (oy, this is going to get confusing. Did they really have to make the names sound so familiar?) stops in his tracks and thinks, “The man with my face made me a murderer.”

Jung Jae-young’s veteran detective character appears in the next teaser, desperately trying to reach his young daughter on a crowded subway platform. Before he can reach her, in a blink, he loses sight of his daughter, who looks like she’s very ill: She’s wearing those knit beanies that all kids with cancer in dramaland wear. Sung-joon appears where she was standing, holding Jung Jae-young’s daughter’s bunny doll. The evil twin, Sung-hoon, then walks out from behind him. The detective, gun pointed at the clones, yells, “Until I find my daughter, even if you want to die, I won’t let you.”

I’m pleasantly surprised by the teasers so far, especially from Yang Se-jong. I knew to expect greatness from Jung Jae-young, but I’ve only seen Yang Se-jong in Romantic Doctor Teacher Kim, and he was adorable near the end of the show, but I thought he was still quite green. Granted they’re pretty short glimpses, but he did a fantastic job in the teasers differentiating the two clones he portrays, and I’m excited to see more of that play out in the drama.

Duel will follow currently airing Tunnel and premiere on June 3. That’s some big shoes to fill (Tunnel=love), but I have a feeling Duel will take us for a thrilling ride just in time for summer. 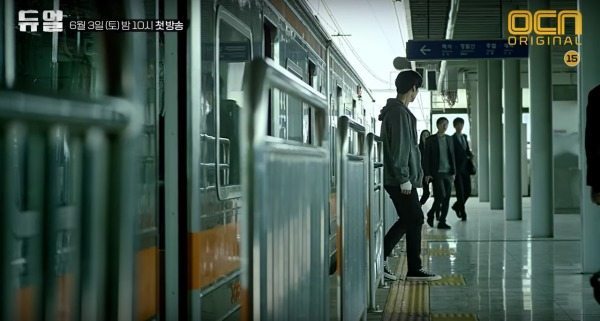 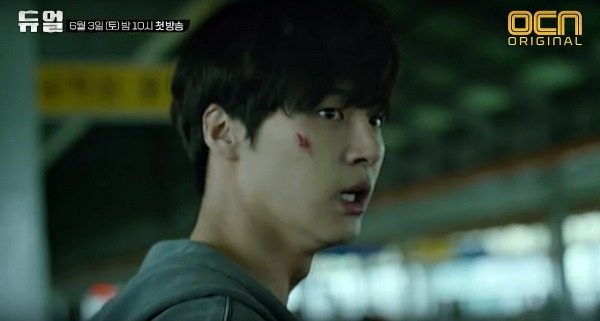 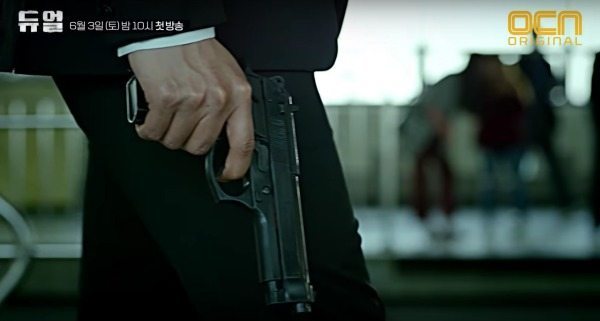 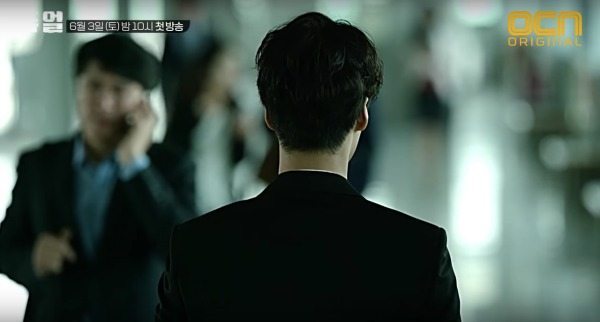 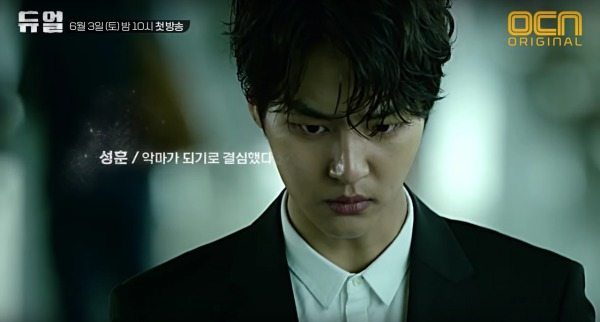 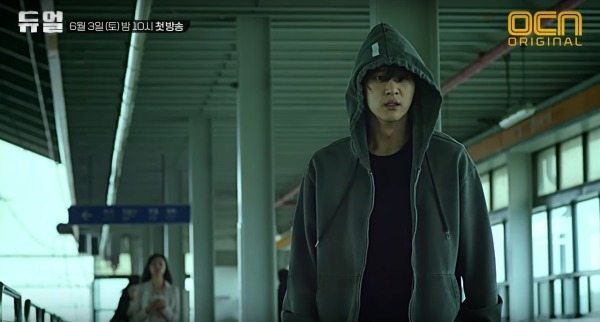 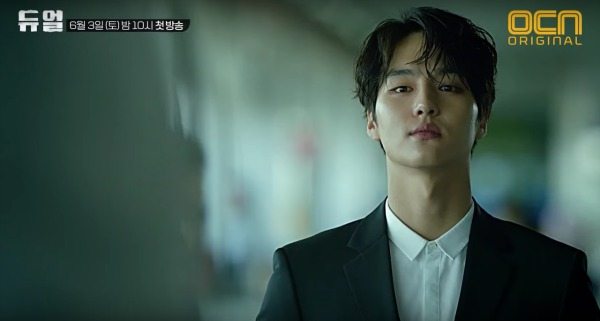 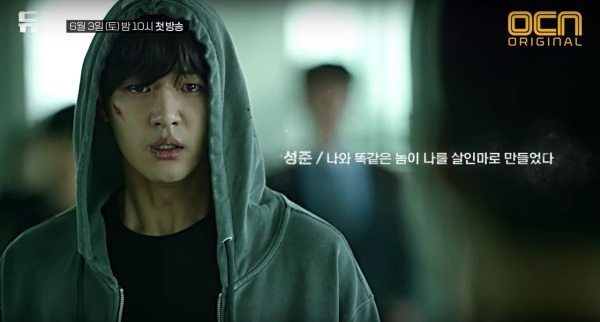 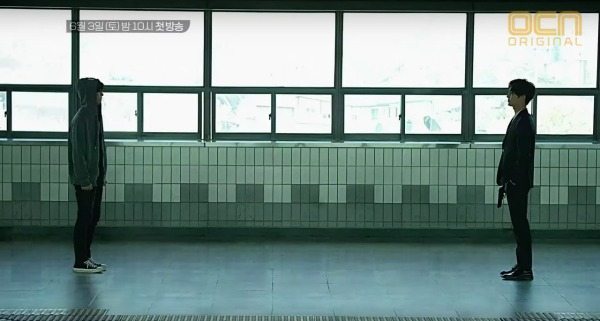 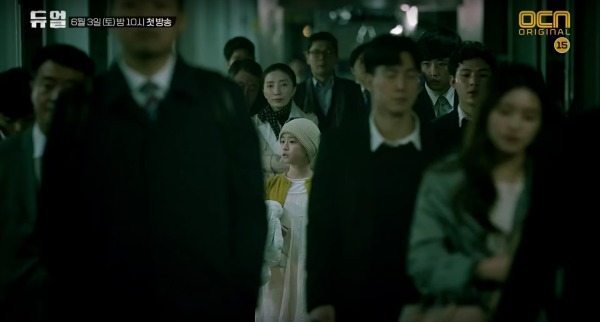 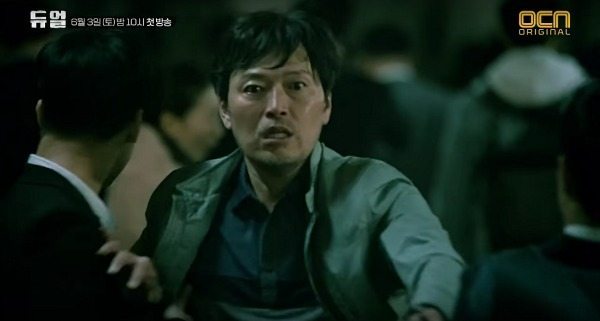 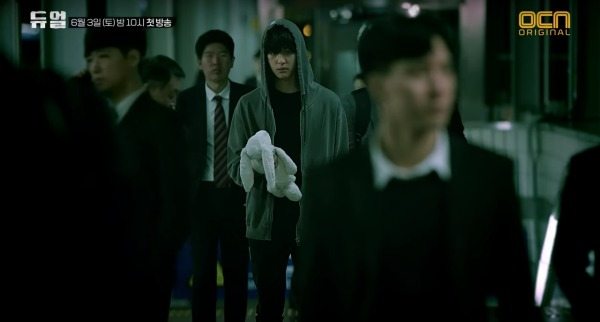 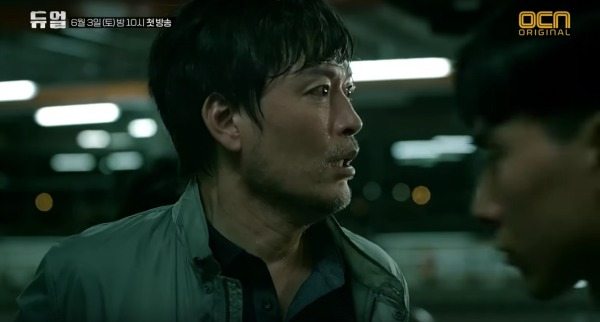 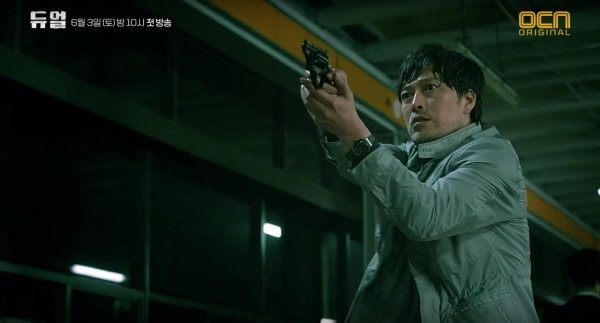 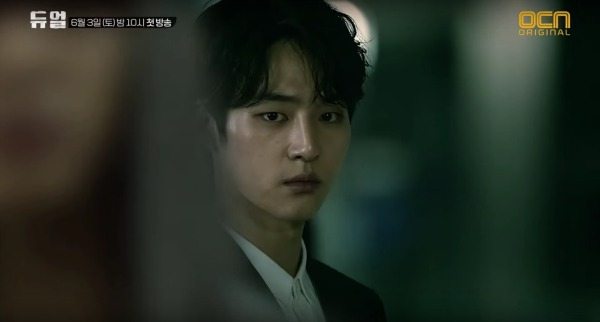 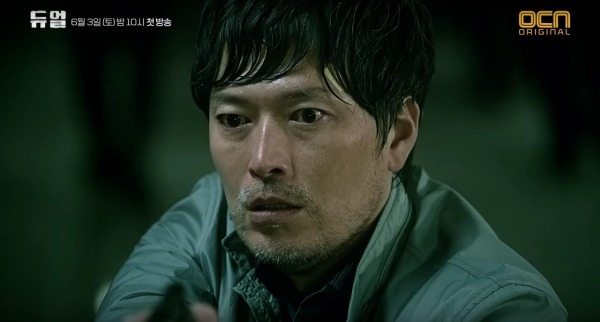 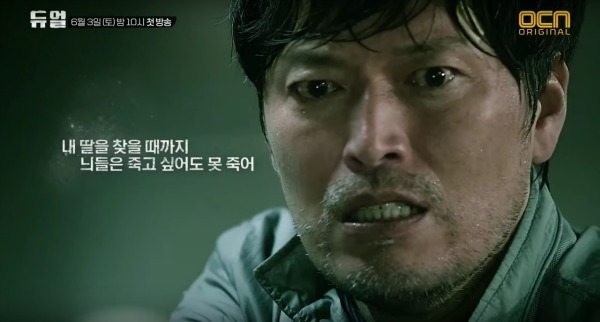 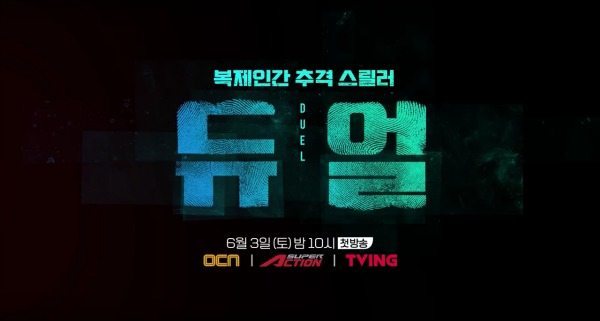 How will I chose between this and Circle?

Who's making you choose? Give me their address.

I am being so hopeful..i don't want another drama slump...am list for awhile

They are not even airing on the same timeslot XD
You can have both without feeling guilty!
Circle is Mon-Tues
Duel is Fri-Sat

just do both! because that's what I'm going to do HAHA

What to do?! So many appealing thrillers to come.
Circle, Duel, Forest of secrets, Lookout.
What to watch, what not to watch? :/

would be a good idea to try out all when the first 2 episode airs but if you really don't have a lot of free time you could try the one is appeals more to you.

Thanks to the internet I can watch them all.

Not going to lie, the main guy is Yum

Yup, I'm going to watch this for shallow reasons. ?

His voice also. I liked the way he talked about his clone.

There's a homophone for the word Duel-- Dual, an adjective meaning two parts. I think it's a nice touch/connection to the two clones.
Btw is it just me or whenever they mention 'duel' I keep on replaying "it's time to duel" from yugioh? Like the catchiness of that would fit with the faceoff with detective and the two clones.

When I read the hangul I thought it was Dual

If Monday will be Circle,Friday will be Duel for sure!!!(not mentioning Lookout) While i don't want Tunnel to end i'm so anticipating this! The season of thrillers is here and i don't mind it staying as long as it delivers great content!

Yang Sejong is gonna be a star. I just know it.

He looks so good in this teaser!

I don't know why I bother logging off this site because then you guys give me Yang Sejong, and I HAVE to comment. This and Circle will be the death of me.

I managed to balance my drama watching for the first half of the year quite well- but now I'm drowning in all these new dramas I really, really, really want to watch!

It's thriller summer it looks like. I can't wait!!!!

He's still green but he nailed his scenes in Saimdang which was his debut. I wouldn't know he's a new actor if I didn't google him up!

I think his debut was Romantic Doctor

I think Yang Se-jong has this raw talent we must to watch out. He is not 'great' but he got the potential. I think he can bring the energy to the characters he has been played so far. He has the screen presence. He looks like young Song Joong-ki, believe me or not. ha, ha,ha. I would like to see him grow in acting department in years ahead. Like my wistful thinking he is the one who romancing Lee Young-ae in Saimdang instead of Song Seung-hoon :P

Time to cue up all these thrillers for some sweet summer watching. Goodbye social life :)

I will prepare myself mentally n physically from now on...bring me all my thrillers!

Thanks for the DUEL update, tipsymocha.

Yang Se-jong was great in his dual roles in SAIMDANG. Both characters (fetching young artist and royal Lee Gyeom, and 21st Century art historian/grad student Han Sang-Hyun) were much more expressive than Dr. Do In-bum in ROMANTIC DOCTOR, TEACHER KIM. Even so, In-bum had his moments of highly-nuanced emotion. I can't wait to see what YSJ does with this pair of clones. It looks like he'll be able to cut loose in DUEL. I'd love to see him in another sageuk, too.

I thought i was tired of all those thrillers I've watched this year, but when I watched the teaser I forgot about that i am fastening my seatbelt for the new rides I can miss anything.

Not ready to say goodbye to tunnel yet but if it means I get to see Do In Beom(times two), i won't have complaints ^ω^

This is just my opinion but thee evil clone looked sexier lol, him with the suit and that suave look, I think I will side with him when the show airs

I'm so happy to have this kind of genre in dramaland! My life will be busy with all this drama. ^_^

He really looks like kang min hyuk from CN Blue. Or is it just me

Is this Korea's answer to Orphan Black, I wonder? :)