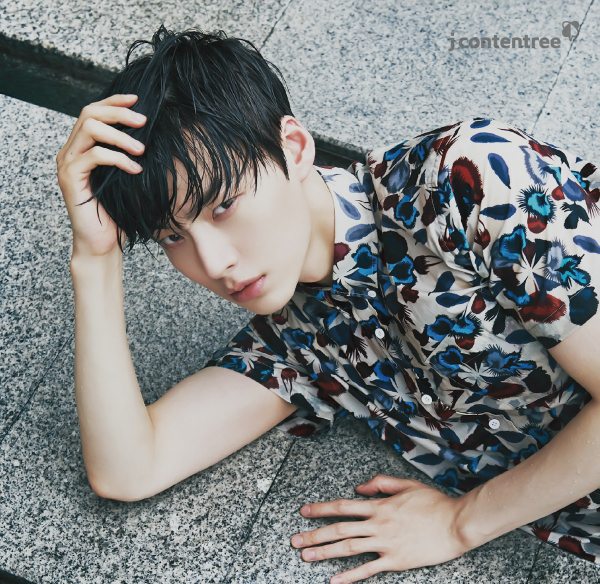 Mr. Gu Hye-sun, aka Ahn Jae-hyun, may be returning to television in SBS’s Reunited Worlds. He’s been keeping busy through reality shows like Na PD’s Newlywed Diaries and New Journey to the West, but if he confirms, this will be his first acting gig since his marriage, as his most recent drama, Cinderella and the Four Knights, was pre-produced and shot beforehand. Reunited Worlds is a fantasy romance about two childhood best friends born in the same year who meet again when the girl is thirty-one years old, but the boy is somehow still eighteen.

Currently, Lee Yeon-hee (Hwajeong) and Yeo Jin-gu (Circle) have confirmed that they will be starring as the main couple, and IOI’s Jung Chae-yeon (Drinking Solo) will be playing Lee Yeon-hee’s younger counterpart. For Reunited Worlds, Ahn Jae-hyun has been offered the part of a chef-restauranteur who’ll be Yeo Jin-gu’s rival for Lee Yeon-hee’s affections. Their love triangle will be the key source of conflict in the drama.

It’ll be produced by the same PD-writer team that created the fluffy rom-coms Girl Who Sees Smells and Beautiful Gong Shim so I’m expecting a lot of meet-cuteness and adorable bickering antics. In addition, Ahn Jae-hyun is no stranger to this genre, having been in two supernatural romances so far (Blood and You From Another Star), so my hopes for this are rising.

It's weird how everyone hates him, and I instead find him interesting.
He had an aura in Cinderella that made me attracted to his character, which was kind of weird cause the other guy was supposed to be the hero.

I don't hate him but he feels the same in every drama to me. It's hard to distinguish from each of his characters because he doesn't have much range in his acting. If the character is a rich, bored pretty-boy he is perfect in the role. I don't think he is nuanced or charismatic enough to be a lead actor (see Blood) but he does well enough as side characters.

Ooh, I liked him a lot in Cinderella, up until his character, as a commenter best described it in the recaps, became the village idiot! After that I stopped watching the show as I just couldn't get into the Park So Dam/Jung Il Woo romance, especially the Jung Il Woo character.
I think Ahn Jae Hyun was great as a swoony childish playboy, and I would love to see him as the lead in a RomCom as he was actually quite good at comedy. So hoping his character will be light, and swoony!

I know! I entered the show blind initially and hoping he'll be the guy who gets the girl only to be told later that it was jung woo's then i just dropped the show like it was hot ??

I've seen a few people say that and I remember at the time being confused because I genuinely thought everyone knew that Jung Il Woo was the lead in that show, ha ha. He was the bigger star and he was playing the brooding loner. He was always going to be lead.

Ha, I loved his character in Cinderella too. He had better chemistry with Park So-dam than Jung Il-woo. But I stuck with that drama for about 6-8 episodes because of Choi Min. What is he doing these days anyway?

I dropped it in the middle because I realized that PSD will ends up with JIW too.

Yeah, she should have ended up with the butler who turned out to be the chairman's stepson.

Yeyyy he's back! Ugh. Been loving Ahn Jae-hyun since My Love From the Star. <3 Can't wait!

I forgot he was in You from Another Star. I really liked him in that.

Me too! He was so geeky, sulky and droll at the same time there. It was so funny ? I watched him in You're All Surrounded and a bit in Cinderella but still think he made the deepest impression in You From Another Star.

OMG I TOTALLY MISSED THAT LEE YEON HEE will be in this! Man I'm excited to see her and Yeo Jin Gu. And I'm excited to see Ahn Jae Hyun and YJG's antics because of YJG's age thing in the show. I hope it's like Hyun jae and Kwang jae in Best Hit

I really like AJH's acting and with YJG in Circle, I can't wait for this drama!! I loved AJH in My Love from Another Star, Blood, and Cinderella so I'm really excited to see him act again after he got married!

8 Playstore, Okay Or Not Okay

Sign this man already! I can already imagine the possible bromance and nitpicking ?

For some reason, Ahn Jae-hyun does bromance really well. His chemistry with his male co-stars is really good. From YFAS and You're All Surrounded, to Blood and Cinderella and 4 Knights. I'm not worried about him having chemistry with Yeo Jin-gu but I worry about how he'll hold his own against him in acting.

yay! Even though I haven't watched the newlyweds diaries I've liked him since i saw him on Cinderella. Hope he gets anther lead role later on like in blood but I'm still content to see him again though he won't get the girl (boo☹)

I'm giggling to death at Mr. Gu Hye-sun mostly because I know he definitely will love being called that. But I really hope his acting is better because Yeo Jin-gu will eat him for breakfast acting-wise.

I like him a lot, but I just have this feeling Yeo Jin-gu is going to be acting circles around his coworkers again (see: Orange Marmalade). :(

Yeo Jin Goo to me is like a young Lee Jun Ki. Both are excellent at playing dramatic characters, are very intense and charismatic on screen.So much that everyone else is overshadowed when they appear on screen.I remember in Moon embracing the sun, if he had stayed on and played with the adult cast, the only one who could not be overshadowed by his acting would have been Kim Soo Hyun.

That's what excites me about this show, more than the casting, at least for now. ☺️

Me too, so excited with that duo!

I really adore AJH in New Journey to the West, but I'm hoping his role here would be something that would fit him because tbh... the casting choices the producers have made for this drama is like basically asking the viewers to skip on this drama. I don't want another Orange Marmalade for Jingoo.

Okay. Cant wait to see Lee Yeon hee soon in rom/com. Strangely she is one of my favorite actors and i love her. Ahn Jae Hyun was fine against Na Eung in Cinderella. Only thing i interested was in that drama was their love story and OSTs.

Yeo jin gu and a group of bad actors? I am out already. Poor YJG, he has to carry this drama alone. I just can't understand why these production teams still cast people who cannot act at all. Lee yeon hee and Ahn jae hyun's acting are wrose than some idols.

I think MBC canceled it.