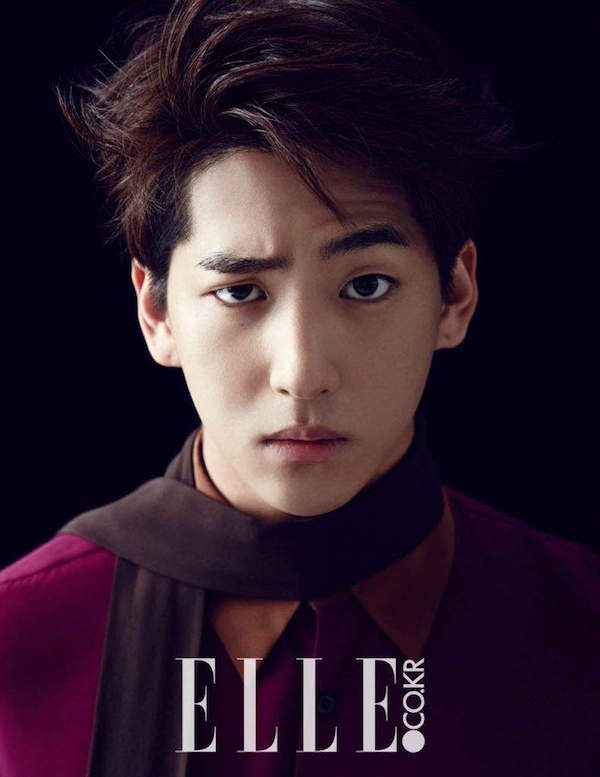 B1A4’s Baro is considering his first drama comeback since Angry Mom where he played a rebellious bully two years ago. He’s been offered a role in JYJ Jaejoong’s (Spy) upcoming KBS drama Manhole.

It’s a fantasy comedy about an unemployed unlucky and lazy bum who accidentally falls into a street manhole and discovers it’s a time-slip portal into the past. The drama is all about him traveling back and forth through time using the manhole to prevent a wedding that’s supposed to happen a week in the future. Jaejoong has already been confirmed in the lead role, and UEE (Night Light) will be playing the object of his one-sided crush, his best female friend who’s about to get married.

Baro’s character, Jo Seok-taek, thinks he’s good friends with Jaejoong, but Jaejoong only thinks of him as a sidekick. They have a weird history, because when they were younger, Baro confessed to a girl that Jaejoong liked, and was beaten in the middle of the night for it. And Baro character is the type of person who is timid but holds a grudge for a long time.

So I don’t know quite why he thinks they’re still friends, but he does end up presenting a significant obstacle in Jaejoong’s life, especially with his tendency to be aggressively straightforward in his love life. Hopefully his character will get the same kind of turnaround that his bully in Angry Mom got, so that he can graduate from sidekick to friend.

Wednesday-Thursday time adventure rom-com Manhole will air in August, after the end of Seven Day Queen.

Adding more reason for me to watch this! Jaejoong and Baro? I'm definitely in though I don't really like UEE, but I'm gonna give it a try!

I guess it is drama justice that a former bully gets beaten up in the next project.

"Baro up for ~insert literally any drama title here~.

I love him more than the already-announced leads! If his role is big enough, I might watch with assumed SLS at the outset. Bingguere 4ever ;)

so a time slip? isnt Jaejoong too tall for it to work - his feet will be in the past and his head will be peeping out of the manhole into the present. I kind of want to watch that kind of drama now though...

Where would his torso be?

no decapitation. the wormhole would stretch him through time. truly the head doesn´t know what the feet are doing as the saying goes.

Ha! This reminds me of Ron 'splinching' himself in Harry Potter 7! O_O

what´s "splinching"? unfortunately I have no idea who or what.

Sorry for the late reply...
It is mistakenly leaving parts of your body while you "apparate" (magically travel from one place to another) so that some parts (like an ankle or a whole leg) is left in the place you were and the other reaches the destination you wanted to go to.
Yes, it is as gory as it sounds.

Gosh, this kind of thread is just what I need in office after long weekend *wipes coffee spurts off monitor*
Am assuming truck of doom will be offered a role in this pitch?

I remember Baro with Kim Yoo Jung in Angry Mom, and that he did pretty well in that show. I'm more excited for Jaejoong though (since I am a fangirl) so I probably will check this show out depending on the next advertisements.

Wow so many fantasy dramas coming out soon! Glad it's shifting away from law/crime.

Seems like this drama will be filled with actor-idols that I love!! Its a DATE!!! excited

I've heard good things about him though I've never watched him in anything before. Maybe I need to tune in to see for myself how well he does?

So far, the cast is good. Gopefully the story will be as funny and interesting as the premise promised.

Is it just me or this sounds a little bit like Yamapi's Proposal Daisakusen? (Didn't Korea remake this one too?)

Love how this drama is very generous with their character descriptions; finding "beaten in the middle of the night after confessing" is so random and so funny. August can't come soon enough!

For me everything sounds good other than the title 'Manhole'.
For some reason it sounds pretty ....

as if it wasn't enough that it's Jaejoong's return to Drama Land, they add in Baro. Oh my fan girl heart...