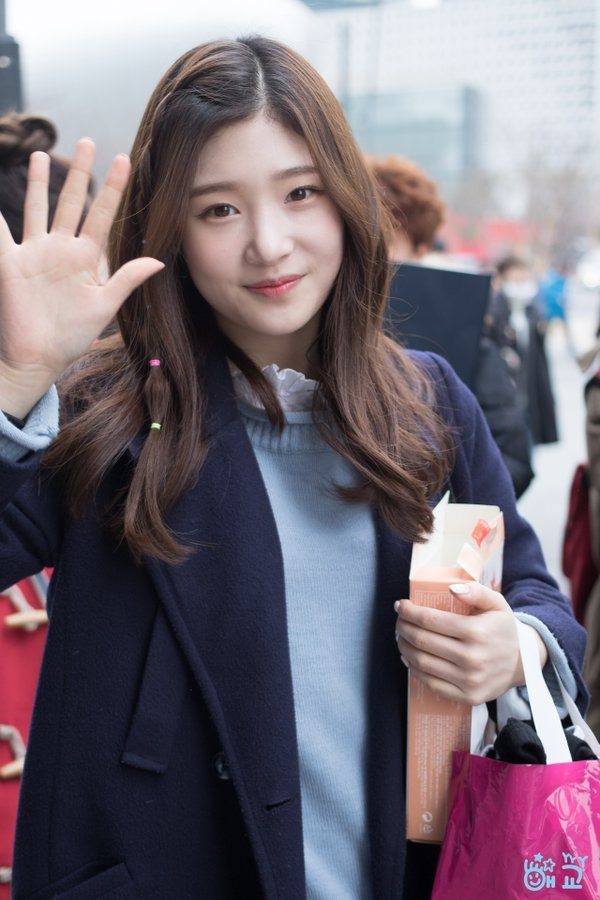 According to her agency MBK Entertainment, DIA idol Jung Chae-yeon (Drinking Solo) has confirmed a role in upcoming SBS drama, Reunited Worlds, and is currently working out the details of scheduling and character importance. The new fantasy rom-com is about how an 18-year-old boy and a 31-year-old woman who are friends born in the same year fall in love despite their current age gap.

Because of the setup, I’m assuming there’s going to be a time-slip or other fantasy element involved somewhere, which would be awesome. Names that are currently being floated around to play the two leads are Yeo Jin-gu (Circle) and Lee Yeon-hee (Hwajeong), but both are still only tentatively considering. Jung Chae-yeon will be playing the heroine’s adolescent counterpart, probably 18 years old like the male lead.

Jung Chae-yeon initially gained fame through her performance on the reality survival show Produce 101, managing to become part of the top eleven that formed a temporary but extremely popular group called IOI. Although the group disbanded earlier this year, Jung Chae-yeon has remained a trending name, and has been dipping her toes into acting waters. She played the part of a haughty student in last year’s Drinking Solo, and while I haven’t seen it, I like seeing fresh faces on screen.

Lee Yeon-hee looks young though.. It's so weird for her to have a younger counterpart that's almost adult.

My thoughts exactly. Lee Yeon-hee probably doesn't even look that different from when she was actually 18 lol!

I liked her character in Drinking Solo. So yay

This casting is...weird.
I liked Cha-yeon in Drinking Solo, but does Lee Yeon Hee even need adolescent counterpart? If dramabeans didn't remind me in previous post, I would think Yeo Jin Gu and Lee Yeon Hee are the same age (5 year difference at best)

She probably needs the younger counterpart to play her high school self. Remember, while she and Yeo Jin-gu are supposed to be the same age, she continues to age while Yeo Jin-gu does not.

Chaeyeon! I watched Produce 101 and I'm currently watching the second season. 'Pick Me' is still stuck in my head.

She's a pretty girl and they even resemble each other a bit, so why not. I liked her character in Drinking Solo.

I think Lee Yubi also looks a bit like Lee Yeon Hee after reading the other article :)

Well Lee Yeon Hee is young but at least they got someone younger than her by 9 years to play her counterpart. I still can't forget how shocked I was when I found out Han Ji-min and Song Hye-kyo playing the same character.

All In right? lol.

DIA’s Jung Chae-yeon is the correct one, IOI was disbanded months ago

IOI has a bigger "name-weight" recognition than her current group's name, anyway.

I hope she does well. She's so hard-working.

Poor girl, couldn't they let her rest a bit..

that title ioi's jung chae yeon :( i miss ioi so much

Good way of describing, and pleasant post to get
information regarding my presentation subject, which i am going to convey in school.

Thank you for every other excellent post. The place else may just anybody get that type of information in such a perfect approach of writing?
I have a presentation next week, and I am at the search for such
information.