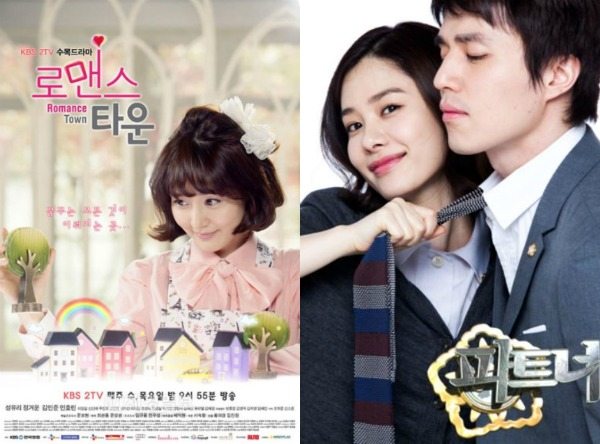 I don’t really want to think about Seven Day Queen ending any time soon, but time waits for no one, and KBS is potentially adding to its Wednesday-Thursday lineup with a crime drama titled Mad Dog. The show will deal with insurance fraud and the director, Hwang Ui-kyung, reportedly promised to show a realistic portrayal of South Korea through the drama.

Mad Dog was just announced, so there isn’t much in terms of plot details available, but the show will revolve around the titular “Mad Dog” team who catches scam artists that commit insurance fraud. Wait, so is this Mad Dog team made up of former fraudsters as well? ‘Cause then it just sounds like Police Unit 38 without the comedy or Bad Guys without the grit.

I have no idea what to expect from this writer-director duo, but I’m hoping for the best: Hwang Ui-kyung doesn’t have any recent directing credits to his name, and he’s best known for 2011’s Romance Town and 2009’s Partner, neither of which I’ve seen. The writer, Kim Su-jin, is a new name and interestingly, her only credit is being part of the writing team behind American show Lost’s Season 2. Well, Lost certainly had its share of intrigue and twists and turns, so I hope that she’ll be able to translate some of that into Mad Dog.

KBS is still in negotiations on whether to include Mad Dog into its fall lineup, but if it confirms, the crime drama will follow Seven Day Queen and Manhole, starring Jaejoong and UEE.

'Cause then it just sounds like Police Unit 38 without the comedy or Bad Guys without the grit.'
That might just have made the show sound as unappealing as possible....but I am actually still interested.

I loved both Bad guys and Police unit 38 (Inguk oppa especially) so I'm for sure going to watch this show...no matter how 'Mad' the plot turns out to be... :)

Side note but is there a particular reason "dog" seems to be a part of so many korean expressions? At least in dramaland.

"Mad dog", "Crazy dog", "...You can feed that to the dogs." I haven't been watching dramas that long, but I've heard each about a dozen times.

I do think that they really like nicknames like "mad dog" for their protagonist as in e.g. in Voice. I wonder why.

The title has picked my interest! The director a little bit less...I still remember the mess that was Romance Town. But the title is too good to ignore it, I'll definitely keep an eye on this show (but with some guards)

As someone who's job is to find insurance fraud, I'm automatically interested. Of course, I'm sure it's going to be way different from my job where I write SQL to get data, pour over spreadsheets, and Google the hell out of my supposed bad guys.

Partner is one of my favorite dramas that doesn't get a lot of love. I thought it was really well directed back in the day, so this is welcome news.

exactly! it's one of my fave dramas too; the cast was great and so was the story, i really wondered why only few appreciated it; will patiently wait for mad dog now ^^

Hope they make a woman the leader of the Mad Dog team but I doubt it. Well, I will watch. I am waiting for the cast.

Maybe the lead guy could be the mad dog and the lead gal as the mad cat. Hahaha.

Not waiting for the casting, KBS dropped so much projects. They dropped The Black Knight, Double Play, Land of Common Sense, Mad Dog can be one of them too.

Really? I have been waiting for all these dramas.

I have seen Partner (LDW) + The female lead made me want to see it. The plot was basic acting good. Not very memorable now... but it wasn't bad.