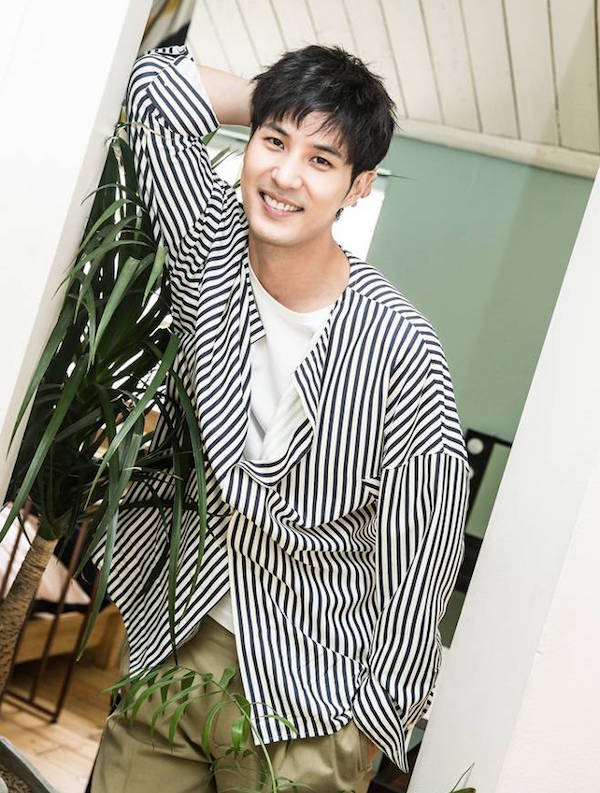 One of the reasons I enjoy watching Kim Ji-suk (Rebel: Thief Who Stole the People) is that he knows how to play men who complement powerful female characters without losing any of his own character’s unique charms, which is why it’s great news that he has been offered one of the leading male roles in the upcoming MBC drama No Sex and the City. This rom-com will portray the realistic lives of a trio of virgin girlfriends in their mid-thirties as they continue about their familial relationships, friendships, and romantic journeys.

One of the junior writers from the Answer Me series, Lee Sun-hye, will be the main creative force behind this new drama, and I’m excited to see what she does with this project because I loved all the warmth and deep connections in all the Answer Me seasons. Currently, Han Ye-seul (Madam Antoine) is in talks to be one of the female leads, and I think Kim Ji-suk and Han Ye-seul could be a good match-up because they’re both such tall beautiful people.

But honestly, Kim Ji-suk could be paired with almost any actress with at least some personality and succeed. In I Need Romance 2, which was a drama that approaches a lot of the same material that No Sex and the City seems to address—what it means to live in the 21st century as a modern woman—he played his second lead character so well that I thought him a far superior alternative to the main lead, who was a petty ex-boyfriend/best friend. In Rebel: Thief Who Stole the People, he played his Yeonsangun character with nuance and complexity, and in Oh Hae-young Again he was absolutely hilarious.

With all this recent casting news, I’m becoming more excited to see how No Sex and the City will turn out when it airs this September, after The King Loves, which is the Monday-Tuesday drama following Lookout.

please say YES, he does sweet & cute so well!!! a much needed change from his last role....

I love him so much. I cried so much when he didn't get the girl in I Need Romance because I thought he was a better boyfriend than the ex who treated her like crap. I love him when he plays funny and cute roles. I even loved him Angel Eyes but I didn't get second lead syndrome that one time because uhm, Lee Sang-yoon! I'm excited for him again.

well it's about time already he gets a leading role

I wasn't sure I'd be watching this drama but if Kim Ji Suk is going to be in it, I'll definitely check it out

One of my favorite actors, who never got a good leading role. He can be a great leading man!

He was amazinggg in Another Oh Hae Young

I second that, Kim Ji-suk was amusing funny in Another Oh Hae Young. Rom-com is more suitable on him. If he say yes that I'm in!

I third that. (Does this phrase exist in English? Hehe 'third that forth that fifth that)

I adore him in Oh Hae Young again. He was just so hillarious and he made the best pairing with the person who play Nuna in that series. The scenes where he hid at the back of the sofa Eric and SHJ were kissing were just out of the world. It makes me giggle every time I watch them.

Keep in mind I haven't read the article yet:

AAAAAAAAAH! I've been waiting so long! Just check out my fan page, I've been dying for Kim Ji-suk to get a leading role for eons!

I would love to see him step into lead at last, he's nailed every end of the role spectrum and he was flawless as Yeonsangun in Rebel. Hope this does well!

I liked him both in Cheer up and Another Miss Oh! So happy for him finally getting his lead role

I love him - hope he says yes! He was so great in Rebel, and also wonderful in Oh Hae Young (in a completely different way).

I've loved him in the variety of roles he's had over the years so this is well deserved. But I swear HE NEVER AGES!!

I first watched him in Likable or Not - a daily or weekender I forgot but it was such a joy watching him as the lead opposite Han Ji-hye. Despite it being a fairly typical daily drama - poor guy meet rich girl, family opposition ensues - I was smitten by his solid performance. I get upset too that he didn't take any lead role again after that but thinking back, those roles are not a setback for him at all. His playboy role in Another Oh Haeyoung demands both great comedic timing and lots of heart which I think he nailed. His Yeonsangun role in Rebel is one complicated figure, he is a dictator but his complexes come from his upbringings and arises out of circumstances and Kim Ji-seok played a damn good Yeonsangun, at times vulnerable, child-like and another time chillingly despicable (I credit the good writing as well). So while I'm sad he doesn't get lead roles I'm happy too he get to play complicated roles which fully showcases his different charms and acting capabilities.

Aww yesss! I would like to see Kim Ji Suk leading in a rom-com! I liked him ever since seeing him in Chuno.

Aww. He was hot in Chuno.

if both of them accept this offer, then kim ji suk sure get the really pretty ones because previously he already got Lee Hanui.

I liked him too in Oh Hae-young and even in Personal Taste.

i do like kim ji-suk very much. he is deserving of a male lead role and i've been waiting for a good one for him, not that i loved his supporting roles any less. he was great in oh hae young again; how can anyone forget that he was going to a rooftop pawty? :D

Wow, guess taking a role of a villain has its own magic! But then again it was a lauded performance. Am so glad he is finally in the spotlight.

Ooh! This is great news! I adore Jiseok in comedies. :) Someday soon though, I would love for him to reunite with Honey Lee in a romcom. With their combined comedic flair, it would be a hoot. :)

A big yes! I want to see more of him in serious role but hey he is awesome in romcom.. He deserves every chance to be male lead.

More success for him!

Yes to Kim Ji Suk. No to Han Ye Seul. She was so bad in Madam Antoine. Strange facial expressions. I'd love reunion between Kim Ji Suk and Jung Yoo Mi.

I am a fan and waiting for him to be lead. I loved his every drama roles and roots for him whenever he is a second lead.