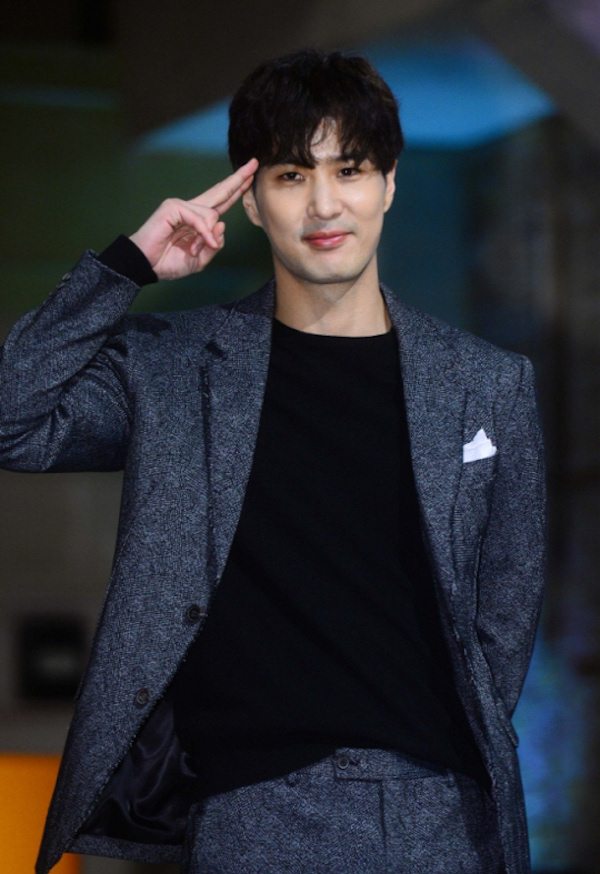 Kim Ji-suk (Rebel: Thief Who Stole the People) has confirmed that he’ll be starring in Han Ye-seul’s (Madam Antoine) new rom-com. The title of the drama has changed from No Sex and the City to 20th Century Boy and Girl, but the premise is still the same. It captures the lives of a trio of modern women who are thirty-five years old and forever-singles who are solo not by choice, but by chance, as they mature in their friendships, family bonds, and romantic attachments.

Kim Ji-suk will play an investment banker with a Harvard MBA, and a background in Wall Street. He’s had a successful career filled with achieved ambitions, but he has an innocent side to him: He’s still loyal to his first love. Han Ye-seul, on the other hand, will play one of the main independent single women in the trio. Ryu Hyun-kyung (Empress Ki) is also considering an offer to be part of the trio as a diet-obsessed flight attendant, but she has not yet confirmed.

I want it to be a cool breezy watch that’s slick and stylish, but I know it’ll still have lots of heart because the writer is Lee Sun-hye, one of the junior writers from the beloved Answer Me series. With the three strong-minded virgins as heroines, I’m assuming it’ll tackle issues like career versus love, and patriarchal family duties versus present-day expectations, and hopefully friendship as well. Overall I’m totally onboard with the main leads and writer so far, and I’m looking forward to their chemistry onscreen.

MBC’s upcoming 20th Century Boy and Girl will begin airing after the end of The King Loves, which premieres in July.

So happy to see him as the lead!

Me too. Hopefully he'll get to speak English a lot in this drama.

Is he fluent in English?

He is fluent in English (he attended middle school and high school in England) and he has a secondary teaching certificate in English and German.

Thanks..Woah, he really has good background, on top of that is also a talented actor.

I did the same. KJS is such a clickbait.

So is Kim Ji Suk Han Ye Seul's love interest? Because that will be cute and something I would be down to see.

Yes yes yes. He's her love interest. It will hot and cute at the same time. I can imagine them as a couple on my mind now. I am so excited and can't wait for it

pray this one will be good.
I just wanna see Han Ye Seul soon, basically in anything.

As an old maid by chance rather than choice who is closing in on 40, I am looking forward to this drama. :-)

@amilia I hear ya, sister.

Should we embark on a fountain of youth search? Or just use the Delorian ??

. . . dramas may have put me on to the quest for skin that never ages . . . At least they also give me very good leads to follow in this hunt.

Now they just need to do something about Manhole title.

Before reading the articles, I initially think "20th Century Boy and Girl" is manga adaptation, lol.

There is a manga entitled 20th Century Boys. But it has entirely different premise.

Ooooh now im interested of this drama now. Love him. His hilarious and a good actor.

Four virgins, surely. Because of him being true to his first love and all, he'll be a virgin too, right? Oh HAHAHAHAHA I just cracked myself up ????‍♀️

Nah, he lost his virginity to his first love. She died after their one sole night together. He was so traumatized and vowed he would never sleep with another woman again. Until he met 20th Century Girl...

It would crack me up if Ye Ji Won cameo as his first love, but I hope she will not die coz it will be so sad.. Instead maybe after some their hot one sole night, she dumped him because she wasn't satisfied with his *cough* performance. lmao. But then the correct plot will be he is traumatised by it, and not loyal. hmm..

Kim Ji Suk sounds great for this role! He's fluent in English & is smart, being on Problematic Men. Excited for his first lead :)

Finally, he as the lead. He is such a good actor playing comedy. Han Ye-seul, too. Hope this will be a good light drama to watch on July.

YAY about time Kim Ji Suk got a lead role! Will definitely be watching this for him~

So they changed the title? Good call, indeed. I'm looking forward to see this.

i have waited a long time for Kim Ji Suk to be a lead. I am so happy. Only wish is girl was different. Ok next time.

I am such a simple girl, I see this squishy man and I click. I'm so excited for this drama and for Kim Ji-suk because finally he's the lead man.

Finally! A drama where Kim Ji-Suk can be one of the main male leads and where he gets to have the girl. Yes and yes! And knowing the writer, I will probably find this show so relatable I won't want it to ever end. I'm so ready for this! Yessssssssss!

My catnip - close friendship between three women in their thirties or forties ? The Woman Who Still Wants to Marry and Fantastic were really great on this count. Here's hoping this one delivers too!!!

Finally. He lands a lead role!!

Thank you MBC for giving this talented actor appear twice in your drama this year and pls don't forget him during your year end award. ❤

Happy he is finally get his first lead role! Yeay! Urghh if only Kim Ji Hoon and Im Jo Eun are not doing that boring drama atm, I'll be happy to see them in this drama instead as among the main casts ? There's one more actress needed to complete the trio, right? I so want Honey Lee to be casted as well! ?

if Lee Hanui get casted, she'll be the main lead and HYS automatically become her buddy instead.

Can they please cast Wang Ji-won as the third woman in the trio?! Please, or Wang Ji-hye. I'm not picky.

I like your idea about Wang Ji Hye, after became her worst enemy in previous drama they could be besties in this project

I was hoping for Wang ji won to be cast in this drama too but she is going to be in the other MBC drama, "Hospital Ship".

Really? I haven't heard any news about this. Ha Ji-won and Wang Ji-won (lol they have the same name) is a win for me, but those boys... *sigh*

Yeah... She will play the ex girlfriend of the protagonist. She won`t be a doctor in this drama.

I'm happy Kim Ji-suk is going to be a main lead for this one. It is about The time. And I love slice of life drama, but... I just wish it airs in tvN or JTBC instead of MBC.

I want to see him more in variety shows though. Loved him in Love Letter!

YEY for KJS and HYS in one slice-of-life drama!!! Reading the premise and this coming for the Reply series writer, I'm sold! So exciteeeed ♥

Im so happy for him, finally he gets lead and gets to get the girl...also love the fact that theyre in their mid thirties...(finally a drama about people my age) looking forward to this...oppa fighting( I can actually say this :) heeee)

Oh, this person made me laugh a lot in Another Oh Hae-Young and I found him to me super funny and a natural comedic person. I think he makes a great second male lead. Though I would love to see him as the lead, I'm not quite sure if he is that suitable as the male lead tbh.. you know some are just great second leads but not the leads, we can sure find out if that's also the case in this one.

I think he is more than capable of leading a drama. I've seen popular dramas handed to far less talents *cough* [idols].