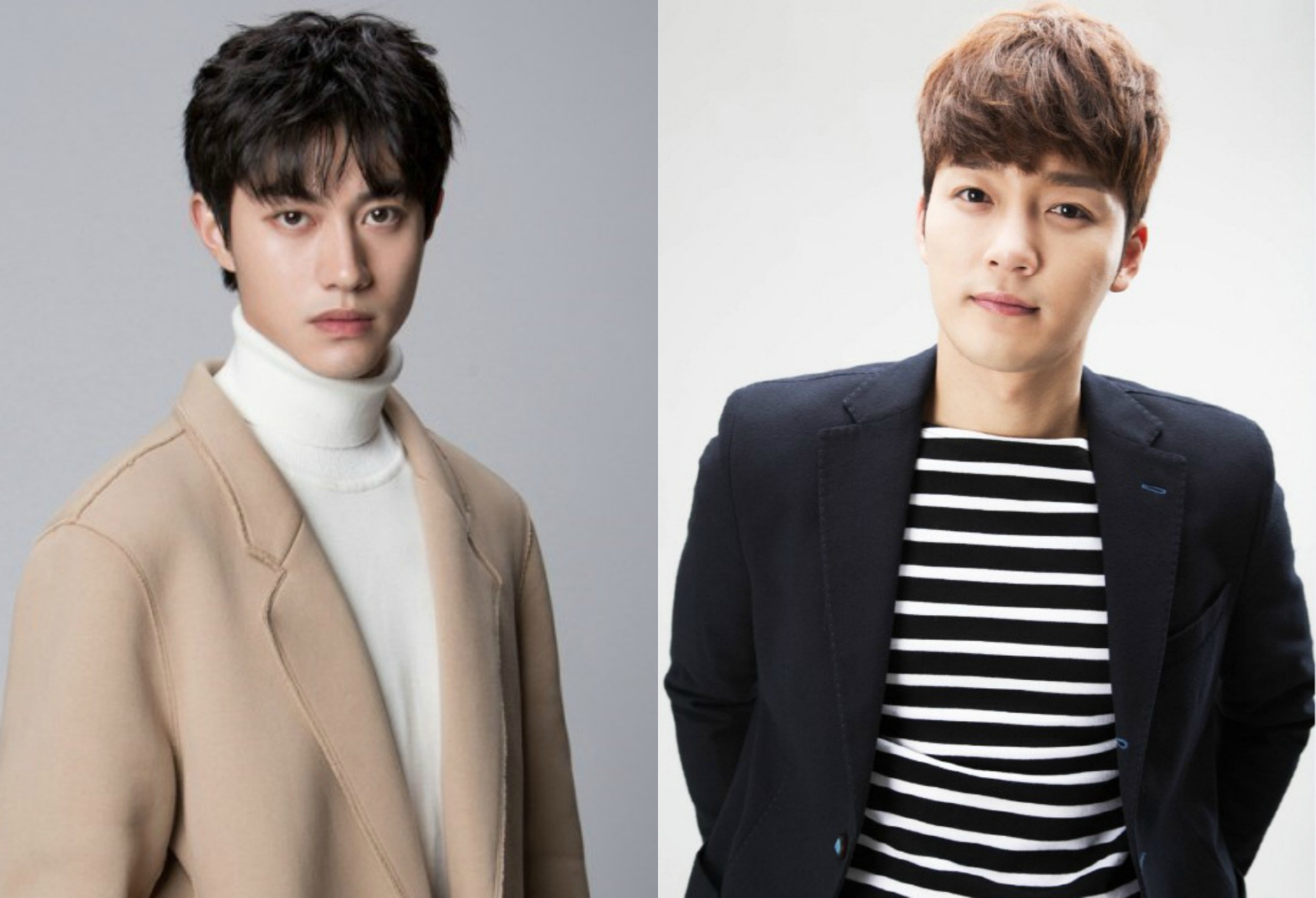 Kwak Dong-yeon (Moonlight Drawn By Clouds) and Kim Jin-woo (Remember—Son’s War) have confirmed joining the supporting cast in SBS’s new drama Reunited Worlds. This fantasy romance features a love story between Yeo Jin-gu (Circle) and Lee Yeon-hee (Hwajeong) who play childhood friends born in the same year who somehow aged differently, and ended up with one at 18 and one at 31 years old.

Kim Jin-woo will play Yeo Jin-gu’s friend who is also the director of a large department store; he’s the type of character who is an all-around perfect Renaissance man. When he was younger, he studied and got good grades, played piano with expert finesse, and did drawing and sports well too. The actor is just about to turn 34, so I’m assuming that he, like Lee Yeon-hee, aged normally while Yeo Jin-gu drank youth potion or went through a time portal or underwent some other fantasy device in order to maintain his youth.

On the other hand, I can imagine Kwak Dong-yeon playing someone who is eighteen years old. He’ll actually be playing Yeo Jin-gu’s younger brother (although in real life, Yeo is a couple months younger than him). Although Kwak’s been in the industry for years, carefully building his filmography as a child actor with works like Age of Feeling and Jang Ok-jung, Live by Love, he had a bump in fame last year after playing Park Bo-gum’s bodyguard in Moonlight Drawn By Clouds. He most recently had a cameo in Fight My Way’s first episode as Kim Ji-won’s loser ex-boyfriend.

Well, now that Yeo Jin-gu’s bros (blood and otherwise) have been confirmed, all we need is a similar female trio for Lee Yeon-hee. Here’s to hoping that Reunited Worlds will pass the Bechdel test!

Reunited Worlds will begin airing on Wednesdays and Thursdays on SBS starting in July, after Suspicious Partner ends.

Aww, Kwak Dong-yeon, I like him. And he's the closest in age to Yeo Jin-gu in this cast list. Yes, Lee Yeon-hee needs some friends of her own. I volunteer Wang Ji-won and Yang Jin-sung as tributes.

I really enjoyed watching Kwak Dong-Yeon in both MDBC and FMW. His acting is great! His age is really close to YJG's so it's going to be nice watching them act as brothers.

I might actually check this out for Kim Jin Woo. I've loved him since Queen In Hyun's Man.

I'm happy that Kwak Dong Yeon had another role in a new series. I can't wait to see the interactions between him and Yeo Jin Gu. Here's hoping to Lee Yeon Hee having her own trio of friends too. I'll be waiting for this show to come out.

I I love both of their facial features and skin tone. I can totally see them as brothers. Bring on the bromance!

Glad to see these guys sign on, but hoping to see some more actresses too.

Yay for Kwak Dong-yeon! He is a great young actor that I am pleased is getting more and more roles and recognition. Hopefully we can soon see him in a lead.

The premise sounds kind of crazy and like it needs a really careful and detailed writer to make it work, but if it's got Kwak Dong Yeon I'm in no matter what!

Agree! The writing and the way the lines are delivered will either sink or save this drama...Jin gu is fantastic so I trust him, but even he can't make miracles with messy dramas. I'm not sure how this is going to work, but I'll definitely give it a chance for KDY!

With this cast, Reunited Worlds is shooting up on my to-watch list... I love all these boys involved?! YJG and his cheekbones, KDY and his jawline, and KJW and his overall face.

Yay! I liked Kwak Dongyeon from MDBC~ can't wait to see his interactions with Jingoo! So something really did happen that Jingoo ended up not aging (I wish the same for Circle so he can play himself in 2037 ☺️) given that KDY is going to be his younger brother and KJW his best friend.

I really hope for a good writing in this. Please, please, pretty please~~

I'm currently enjoying Circle with Yeo JinGoo's amazing performance yet I was planning to pass on this one until my son Kwak Dongyeon got casted. Oh well, at least we'll get to see two awesome '97 liners in one show <3

Kwak Dong Yeon!! ??
Now I am definitely watching this!!

Cant wait for it. Wish suspicious partner ends like now. i know bad of me.

Interesting. I somehow remembered Case Closed - although Jimmy turned into a kid literally after taking poison, I think there was an OVA where he's finally back to his teenage body only to find out that time just passed and that everything changed and everybody aged including his childhood love. And I just rambled on stuff totally unrelated to this drama! But it really sounds interesting! Looking forward to it! :)

I like KDY and glad he's getting recognition for his talents. Hope this will be another memorable role for him. I first saw him in Age of Feeling, then MDBC.