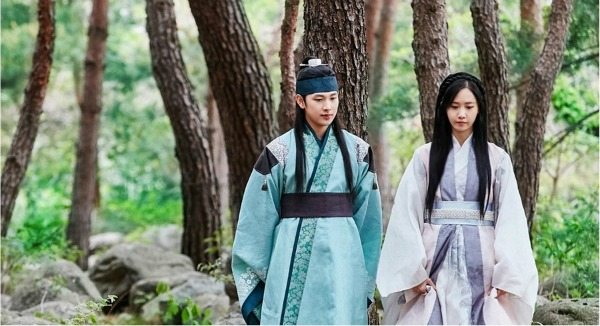 Huh. Interesting development for MBC’s The King Loves: It has been announced that writer Song Ji-nah is the main screenwriter behind the upcoming melo sageuk starring Im Shi-wan (Misaeng), Yoon-ah (The K2), and Hong Jong-hyun (Moon Lovers: Scarlet Heart Ryeo). This show has been curiously unforthcoming with regards to promos, especially given that it’s due to premiere in less than a month, so while I welcome the update, I have to admit this news has me both happy and really confused.

On the one hand, I’m thrilled to hear that Song Ji-nah is returning to dramaland through The King Loves, because she’s behind some of my all-time favorites (Healer, Story of a Man), and this won’t be her first sageuk (Faith, Legend, Great Ambition). And although Faith and Legend had a decidedly fantastical element that The King Loves won’t, she’s no stranger to exploring beyond the genres of her previous credits, having done everything from campus dramas, like What’s Up and KAIST, to action-thrillers, and historical dramas across the time spectrum. So, I have faith (hur) that she’ll deliver a smart, fast-paced, heart-wrenching story in The King Loves, of a bromance destroyed by a Goryeo crown prince and his best friend falling in love with the same girl. 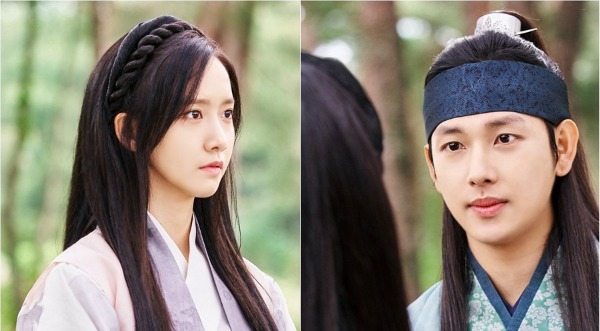 On the flip side, this news is so weirdly timed: Shoots for the fully pre-produced show have already wrapped up this month, and they only just announced Song Ji-nah’s involvement. The writing team for The King Loves was unusual in and of itself in that it’s credited to a company of writers called Airborne. From what I gather, the story is that Airborne is made up of Song Ji-nah’s mentees, and she was initially only going to participate in an advisory role, like a creative director of sorts. However, due to the complexity of the plot and characters, Song Ji-nah got more and more involved in the writing process and essentially became the lead writer, though they’re still undecided as to whether they will change the writing credits to include her name.

So, it does seem like this development wasn’t planned from the beginning, but I can’t understand why the show’s producers wouldn’t have capitalized on this news before: Song Ji-nah is considered a star writer in Korea, and while many of her recent projects haven’t been unqualified hits ratings-wise, she’s still widely admired and respected for her ’90s mega-hits Eyes of Dawn and Sandglass, both of which remain two of the highest-rated dramas ever. I certainly hope that the drama itself won’t reflect its poor promo game, since I’m excited to see Im Shi-wan take on the dark, ambitious lead role of Wang Won, and it doesn’t hurt that the real-life figure he’ll portray led a pretty fascinating life (among other things, his maternal grandfather was Kublai Khan).

I think I already heard before that Healer's writer was going for a sageuk? Or am I confusing her with another writer?

Yes happy and confused. I don't know what to think of this. I think she is better off as a solo writer.
Her last two sageuks were nothing remotely close to "Sandglass" and "Eyes of Dawn" in quality.

I'm not on board with the leads but here is hoping that it'll be good.

Good job, marketing department. Now, you have my full attention.

*flaws uncontrollably* I wasn't going to watch this before but, aargh Healer's writer. Song Ji-nanim!!!!

What? ? OK confused but not that happy. Maybe we can be a bit relieved, as we can hope at least a decent writing. I disliked Faith but I quite liked her other two sageuk. But that were so many years ago, sincerely I hope she still has her touch. I don't interested with any of the main casts of this drama, but with Song Ji Nah on board maybe I'll check one or two epi at least.

Well you had me at Im Shi-wan but if Song Ji-nah is involved that's even better.

I wasn't really all that excited for this because, despite liking Im Shi-wan, I just don't feel the chemistry between any of the leads. Or rather can't picture them with it right now. But now I'm definitely hoping to be surprised!

With Song Ji-nah involved, I can't not get interested. Her characters always seem to draw me in, so I'll be hoping for the best here.

I have a feeling that this is gonna be my drama crack after Strong Woman. Or so I hope. Please be good because I really like stories with anti-heroes.

Faith wasn't perfect, but I have a sweet spot for it. I hope that her getting involved doesn't mean the writing was subpar or problematic during filming and needed to be fixed. Crossing fingers.

That's me and "The Legend." I'll always have a soft spot for any Goguryeo era sageuk.
I think that if the production team was left to capable hands so Kim Jong-Hak and Song Ji-nah would just concentrate on the writing and directing, both sageuks would've been much better.

I have a soft spot for Faith too. It was probably my second or third full drama ever, and even though in retrospect it had so many issues I can't dislike it too much. (How did she keep getting poisoned? Seriously.) Also, Lee Min Ho's Mane of Glory was a sight to behold.

I liked the premise of Faith. I enjoyed the start, but it turned into meh for me. That being said, I finished the entire drama. It's not bad. It's just average and disappointing with how some things turned out as the drama progressed. It's kinda like how I feel for Ruler now.

Exactly. Faith was my first sageuk. I can't not love it. Honestly, who can not love Woodalchi marching with Lee Min Ho in the front with that epic music in the background... Ah, the feels.
And Healer is my most favourite drama ever.

I will always love Faith for a number of reasons inspire of its imperfections. Plus that's where I got introduced to the joy of life that is, Kim Hee Sun's Eun Soo, how can I not think of it fondly?

No way! I was already going to look into this show, but now that the writer turns out to be the scriptwriter of Healer, I definitely have to watch it. Although I don't know of her past saeguk works, if you mention Healer or the writer, my attention will always perk up.

I didn't watch faith, but The Legend and Great Ambition were among some of my favorite sageuk.

I became a fan of Jang Hyuk and Son Ye-Jin in "Great Ambition."

Korea's history gets more and more interesting every time I learn more about it.
I'll probably try it out if only for the fact that it's written by Song Ji Na and that name drop of Kublai.
Although I do wonder how historically accurate this will be.

Ok. I already decided to watch this long ago because of Im Siwan and the period of the drama, so now that they throw in this little info, I'm a bit more positive that this just might be good. Please be good.

Could it be that they are afraid it will tank just like Scarlet Heart? Even 7DQ is low in ratings compared to the expectations, no?
And now that the premier is getting closer they are realizing that with no advertising it could go even worse so they realized that this could get more people to watch? Just an assumption...

it doesn’t hurt that the real-life figure he’ll portray led a pretty fascinating life (among other things, his maternal grandfather was Kublai Khan).

after reading this, I did some googling starting from Kublai Khan and omg, it is so fascinating!!! I remember we studied Genghis Khan in history class when I was in high school, but can't remember Kublai Khan.

What's the difference? Yoonah is still the lead actress (statue)

Writer: Kim Yi-Ryung (novel)
That's the name of the writer... and there's another script writer, and that's SOng Ji Nah's ASSISTANT WRITER in Healer... So IT'S NOT SONG JI NAH herself, wrote this drama... FYI..

Kim Yi-Ryung is the writer of the novel that this show is based on.
Song Ji-nah and her assistants are the writers of this drama.

tipsymocha never said that Song Ji-nah is the only writer.

Healer and Faith (although not perfect dramas) remain some of my all-time favourites that I keep going back to. Who can forget LMH in all his stoic-soldier glory, and that foul-mouthed "great doctor" that always tagged along with him? Or our favourite bongsookie by day, errand boy by night, who has jealousy issues with himself over our adorable girl lead. I think this writer makes her characters very likeable that I always want to root for them. Now I have no choice but to check out the new drama...

I was all for it, until of a bromance destroyed by a Goryeo crown prince and his best friend falling in love with the same girl. Ouch. Why, Show, whyyyyyyyyy???

Lol, besides the fact that I read "manatees" instead of "mentees" (I was like, "wait, what?!"), I kinda feel bad for Airborne, but can see why Song Ji-nah ended up taking over. Either way, I hope everyone gets the credit they deserve and here's to yet ANOTHER drama to add onto The List! Not complaining! Nope.

Unrelated but yoon ah's fake hair braid looks extra fake in that still.
I still like her though.

I hope this will be good since I really wanna see Siwannie in a good sageuk!!

But it is 'Faith' and 'Healer' that stole my heart. I don't know if it's the music, or the actors, or what, but the stories were simply fantastic. And I have an enduring love of Choi Young that will last the rest of my life. He was a real person. ^^ I think LMH nailed the roll... so much that even five years later, it's one of my all-time favourite dramas. JCW also nailed the lead in Healer. You can see the progression from Faith to Healer. I might give this one a try... Goreyo is always fascinating to me. I just hate melo-dramas... people always die. Just saying. ^^