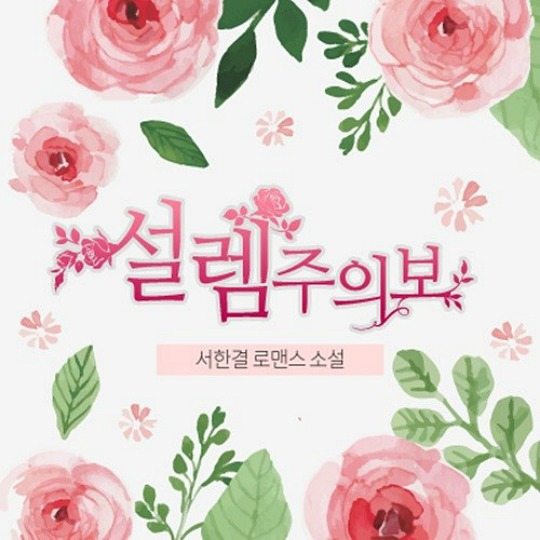 Yay for some forward planning: MBC has already scheduled a drama for its spring 2018 lineup, which will be an adaptation of a popular web novel called Love Watch (as in “thunderstorm watch”). The title is a rough translation: The Korean title is literally Heart Flutter Watch, which doesn’t quite roll off the tongue as easily.

The story sounds like a fun, light rom-com revolving around a popular, talented actress and a handsome dermatologist who won a Hippocrates award for providing free treatment to patients with burn scars otherwise unable to afford it. Many of the keywords being thrown out in the plot description sound pretty run-of-the-mill for a rom-com: The heroine is a romantic while the doctor doesn’t believe in love, they’ll have a childhood connection, and because of some unexplained circumstances, the two leads will enter into a contract relationship. Done right though, this drama could be really cute and engaging. And goodness knows I’ll never say no to a contract relationship drama.

Love Watch doesn’t have a director or any actors attached to it yet, but Kim Shin-hye, whose credits include Immortal Classic and The Family Is Coming, will be penning the script. I haven’t watched either of those dramas so I’m not sure what to expect, but she has some pretty good source material to work with: The web novel consistently topped the charts on its platform Yes24 during its 46-chapter, four-month run (web novels in Korea usually release several chapters each week).

MBC has confirmed that Love Watch will premiere in March of next year. In the meantime, I’m just going to be over here making a list of dream rom-com pairings I’d like to see headline the show.

I like it when the hero isn't a jerk, and if he's giving free treatment to burns patients who can't afford it, it sounds like he's a good guy, yay ? and I haven't seen a good contract relationship in a while. Hoping this will be good :)

If you are looking for a good, recent contract relationship drama I would recommend the 1% of anything remake (if you haven't already watched it). It's the best!!

1% of Anything is the cutest oh my goodness.

Is the remake better or the original?

I didn't watch the original, but the remake with Ha Seok-jin and Jeon So-min was so cute.

I've seen both and I personally liked the remake better. The chemistry between Ha Seok-jin and Jeon So- min is off the charts! Their relationship seems much more natural and realistic, and as wandergirl mentioned below the kiss scenes are pretty steamy which is always a plus ;). The remake flows a lot better than the original as well. It is quickly paced and the writing is much cleaner. The original dragged in places and seemed to get bogged down with unnecessary storylines, plot points, etc. The original did air back in 2003, so it may just be a bit outdated. The original is a classic, but I definitely recommend the remake! I loved it to pieces!

I loved the remake! I didn't catch the original run, but the remake is cute and sweet. It's got steamy kisses too. ;)

Lol, those kisses got me shook especially the couch one. The way he swooped in and took her by surprise I was done. If it was another actor, that would creep me the hell out but these two had chemistry for days.

I LOVED 1% of Anything. It got me out of my drama slump!

clichés again? but I thought I ordered pizza.

Have you tried the new Clichés Supreme from Papa John? Don't, it is full of empty calories.

the only thing worse than mere clichés is clichés under a thick layer of cheese.

btw, this is the second time that I am talking pizza with Kimbap. this is kind of becoming a theme.

With the right casts and production team, it'll be a nice guilty pleasure. Case in point, 1% Of Anything or Fight My Way.

Never say no to a contract relationship!

Can I see Lee Seunggi back on my screen?

Seriously! I miss him so much. Was watching old Star Golden Bell vids on YT yesterday and I didn't know he spoke English so well! Lol. It was like charades, but they had to describe pictures using English and he spoke it very well. Made me think he could've been Mr. Sunshine since the male lead had to speak English well. At least he fits the "Mr. Sunshine" part. His smile + dimples = sunshine.

I´ll like to see Park Shin Hye, Yoon Eun Hye or IU in this drama.

Why not Yoon Eun hye, please get Eun chan back on my screen.

it sounds cliche, i love contract relationship like 1% of Something but dislike childhood connection. Anyway I'll watch it they casted my fav in this drama and if the plotline can offer something different.

How's about we call out the childhood connection early, hang a big lantern on it and then have it turn into a joke?

I want Yoon Kyun Sang as the lead! And for the female lead maybe Kim Ji Won? Anyone else have ideal pairings?

Or Go-eunnie with anyone will do, really. She's my fave and I find her very shippable. I can totally see Bogummy as the dermatologist with a heart of gold and I'd just love to see them reunite and get their happy ending this time 'round.

Other male actors I'd love to see her act alongside: Ryu Joon-yeol, Park Seo-joon, and Yoo Seung-ho (omg, that'll be such a cute noona romance).

Choi Tae-joon and Nam Ji-hyun...they are amazing in Suspicious Partner.

Lee Dong-wook and Yoo In-na...because they were amazing in Goblin

Jang Hyuk and Jang Nara....because I love them so much in Fated to Love You

Jung Kyung-ho and Nam Gyu-ri....because I loved them so much in Cruel City and I feel frustrated that JKH has been doing dramas that haven't done him justice lately.

Very generic plot, but writing and delivery just might make this one special. Looking forward to more details.

Oh, I love the floral cover! I hope the drama posters will have pretty flowers and green leaves, too.

May I know how one can get their hands on the web novel in question? Preferably in English? :)

I love contract relationships!!!! I binge-watched Fated to Love You with Jang Hyuk and Jang Nara and their chemistry is scorching hot! I cried buckets of tears every episode. I love it so much, Everyone, hurry up and go watch it. I loved Full House, too! Throw in an ex girlfriend and the pain of watching the guy you've fallen in love with having a moment with his ex girl, and the guy going off with the ex girl but already in love with the new girl!!! Ahhhh, romance!!!! I want an OTP that can make me melt, and laugh, and cry all at the same time...so here's to my dream pairings:

"The heroine is a romantic while the doctor doesn’t believe in love, they’ll have a childhood connection, and because of some unexplained circumstances, the two leads will enter into a contract relationship. "

Sounds like typical and cliched kdrama plot....doesn't interest me for now unless more details are released...

What happened to MBC Cat And Dog (Mermaid's Prince)?

This sounds nice but it all depends on the director and cast!

hot news spread everywhere that yoon eun hye is offered this drama, i hope she accept this one, because i think this drama is very promising

Wow... I heard she got an offer for a web novel adaptation but didn't know it's this one that's been in planning for a year. I hope the writer+PD is good. I need a good YEH comeback.

Yes yes please. I want to see her back.