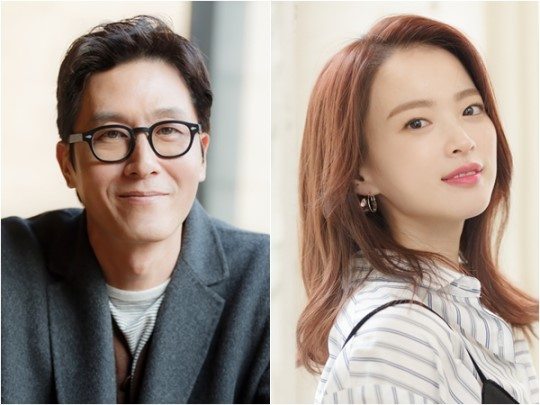 I was pretty disappointed when I heard that Chun Woo-hee (The Wailing) had backed out of SBS’s Falsify, so this is welcome news: Argon, the new show being helmed by Cheese in the Trap’s PD Lee Yoon-jung, has secured its leads in Chun Woo-hee and Kim Joo-hyuk (Confidential Assignment), who will both play reporters in the upcoming tvN drama.

Although their characters are both reporters, our two leads are in very different places in the hierarchy. Kim Joo Hyuk’s character will have multiple hats as a reporter, anchor, and also the team leader of Argon, the investigative journalism program within the drama. A perfectionist by nature, he believes only in the hard facts and places truth as the highest priority when delivering the news. Well, that’s certainly a personality trait I can appreciate, especially nowadays, and I wish more media figures had similar values in real life.

Chun Woo-hee, on the other hand, will be playing a reporter at the lowest rung of the broadcasting station ladder, and with only 3 months left on her temporary contract, she gets transferred to the Argon team. She’ll set out determined to impress Kim Joo-hyuk, who is her last hope of getting hired as a full-time reporter.

According to reports, Argon will tell the story of people who strive to deliver the facts in the face of the growing social phenomenon of fake news. It’s definitely a topical plot, and I’m excited because the show’s description is giving me The Newsroom vibes. I’m trying to tamp down my eagerness, though, because of the director. Coffee Prince is one of my all-time favorite shows, which is why it hurt that much more when PD Lee’s last project Cheese in the Trap got swept up in all of that controversy. As a huge fan of the original webtoon, I couldn’t help but resent her directorial decisions along with the legions of angry netizens, though I wouldn’t think of adding to the online hate. There’s already plenty of that as it is.

Either way, it’ll be interesting to see PD Lee’s comeback project, and I’ll pray that this show will avoid, you know, imploding. Argon is scheduled to hit the airwaves this September on tvN.

I've read elsewhere that people are more interested in who the second male lead is...
Anyways yay for Gutaeng hyung glad to see him in a full length drama, plus chun woo hee has finally signed on to do a drama.

I love both Kim Joo-hyuk and Chun Woo-hee. I am so happy to see them both in dramaland, and tvN.
I just hate this director since what she has done to Park Hae-Jin in Cheese in the Trap. I was hoping to not see her in Dramaland for many years. Shame on her. First promoting the drama with Park Hae-Jin and then keeping him off the drama.

I know Kim Joo Hyuk and like him!! But I don't remember anything about Chun Woo Hee... Her name sounds familiar but I can't recall anything.

She is known more for her films than her dramas.

I don't watch Korean films so I've only seen her in Vampire Idol. To me she's still Papa's longtime idol crush. :P

I recommend her recent film "Love, Lies" (Korean title 해어화). She and her costar did their own singing: this number is beautiful: https://youtu.be/dxEk3tM2-fo and Han Hyo-joo singing the title song is equally poignant: https://youtu.be/ZywjyhG5XbM

My heart is torn apart right now! On one hand the story and the cast seem too interesting and good to ignore the drama. On the other hand, the PD is such a big no for me. I'm still not over the Cheese In The Trap mess and I don't think I want to take the risk to re-live this all over again.
The choice is sa hard!

This sounds like the newsroom version of Forest of Secrets.

Will these two be romantically paired? I just don't see it. Chun Woo Hee looks mature but paired with him the age gap is very much visible.

If Park Eun-bin can play his wife with a 20yrs age gap in "Gu Am Heo Joon" then I think this pairing will be fine. Sageuk might have been a bit more accommodating but it was still a huge age gap.
When the actors this good I think it'll work out.

I miss Park Eun Bin in sageuk. Wish she can be a leading lady in sageuk next year.

i don't really see the age gap since joohyuk looks mighty fine and a 14 year age gap isn't that uncommon in this day and age. also not to mention he has a 17 year age gap with his current girlfriend, lee yooyoung, anyway

It's true ? They confirmed their relationship last Dec.

Lee Yoo Young and Kim Go Eun - two besties who seem to have a thing with much older guy (although Go Eun has broke up with Shin Ha Kyun) . Maybe working in movie industry made their taste more unique? ❤ I am waiting their bestfriend Park So Dam's dating news now lol.

yes yes park sodam. ah, she's the kind of girl who could build chemistry with many people. even with minho shinee and pby.
for this case I hope she's get who around her age or a bit older (YHM is already taken tho, not like I would mind bcs of BJH)

He does look mighty fine. Ajs-crush.

That;s also news to me. For reallll?

It is ok if there is no romance. Storyline must be interesting

And I think korea is starting to understand that you don't need romance. Chief Kim was a great success with barely any romance.

good to see chun woohee finally accept a drama, and it's with gutaeng hyung too!

That was the first thought that came to my mind when I read the character descriptions. For once, can they swap the character roles? Chun Woo-hee should play his character.

I liked Tunnel because Lee Yoo-Young as Shin Jae-Yi was a strong, intelligent character that was actually useful and moved the plot forward.

Patriarchy at work right there!

This is an excellent drama with a badass, strong female lead!!

Night Light too. If you can enjoy a bit slow story. ?

the top person in Liar was female :)

Yeah but not for the main couple.

Mordent Farmer too! The female lead was a single mother and head of the whole time

Maybe you should get familiarise with Korean culture first before you comment.

Lol, FYI I am very familiar with Korean culture, and I can comment whatever I want to comment. Don't censor me.

As you can see, everyone here gave good examples of strong female characters in Korean dramas.

It's not about being familiar with the culture. It becomes probalamatic when most of the time the male lead is at a higher authority. What's wrong with having a female lead in charge?? It is fiction after all

True. I thought that Chun Woo-hee's character would be a competent, seasoned careerwoman judging from the strong roles she played in movies, but alas she is being led by the male lead when she is capable of standing on her own feet. I understand that female characters could be completed or assisted by men, but I feel it's old when they are in the very bottom being mentored by the opposite gender.

I thought so too! I figured that's what was taking her so long to choose a drama, so I was disappointed when I read her character description. Based on the the JTBC and OCN dramas I've seen, they tend to have stronger female characters.

I admire and respect Lim Soo-Jung, who normally only does films, for choosing Chicago Typewriter because I adore her in it. She's an interesting and cool character, and I love her take on it. And recently Lee Yoo-Young in Tunnel. That was her first drama as well, and I just loved her to bits.

This drama seems too heavy to watch.

wondering which pretty boy is the second lead this time

The second lead won`t be a pretty boy because the other lead role will be a veteran news reporter named Shin Chul.

Gu Taeng Hyung in dramaland...Asa! Am so happy that the 2d1N cast is doing well outside of variety with Best Hit coming out soon. I will forgive the PD since I miss my ahjussi oppa too much to pass this up.

In other news, I knew Oppa was dating but had no idea it was the actress from Tunnel. Wow, 17 year gap is an interesting one but oppa looks so good (nice body too :)) and the actress looks a lot older than her age so the age difference is not that obvious. I hope it works out for them.

It's ironic when you say that you don't want to add fuel on CITT controversy. The controversy was probably started here in this website. Check how the recaps was done.

I am glad Kim Joo Hyuk secured a lead after awhile.

wasn't it started outside in those translating blogs?

So happy about the lead choice. Hoping for a great drama!

Another "The Beauty Inside" family project :)