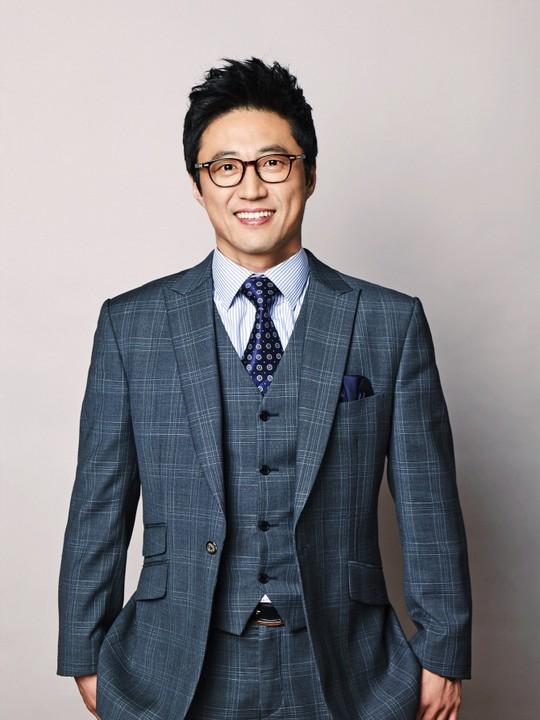 For those of you eagerly awaiting the second season of Neighborhood Lawyer Jo Deul-ho, there’s some unfortunate news: KBS has announced that there are no plans to air Jo Deul-ho 2 this year, despite earlier speculation that we would get the second season sometime in the latter half of 2017. The good news is that NEW (Next Entertainment World) and KBS are currently in talks to launch the newest season of the legal drama in the first half of 2018, though that’s not set in stone yet. Fingers crossed we see our favorite underdog attorney who fights for the people sooner rather than later.

In the meantime, we might be able to see Park Shin-yang in a different project before he becomes Jo Deul-ho again. He is currently considering the lead role in a drama remake of Japanese novel Flying Trapeze. The character, a psychiatrist, sounds rather irreverent and a bit of a nutcase, which could be kind of fun: In the original novel, the lead character Dr. Irabu is described as immature and unreasonable, so much so that he switched from pediatrics to psychiatry straight out of med school because he would throw tantrums and get into arguments with his child patients, lol. Oh, and he also apparently has a fetish for administering injections to his patients. Which grosses me out and cracks me up in equal measure.

Flying Trapeze is actually a compilation of short stories about the main character Dr. Irabu, which were serialized in a literary magazine from 2000 to 2006. It became so popular that it was adapted into a feature film, a television drama, a stage play, and an anime series in Japan. I can only assume that the list stops there because they ran out of media to relay the (mis-)adventures of the irascible psychiatrist.

Up to direct is PD Park Yong-soon, whose credits include 49 Days, Divorce Lawyer in Love, and Wanted. I’m not terribly excited by this director’s track record, but if Park Shin-yang ends up confirming, I’ll have to tune in to see him take on this role, which sounds like a hoot.

Flying Trapeze doesn’t have an airdate, but it sounds like SBS intends to schedule the show in its fall/winter lineup.

HAHAHAHA the manga sounds like a nutcase, which is all the more reason to love it. But wth, fetish?! I had to go back and google if there was another meaning to the word! That honestly sounds very very creepy.

Cue: lots of over the top humor

LOL this drama looks like will be a good comedy drama. I need another drama like Chief Kim and The Best Hit which has around 80% comedy but still has its heart, and with less romance?

Directing of Wanted is amazing (From ep.2) with so much shocking scenes and amazing bgm.

I'm deeply turned off by the creep factor of that premise (both the fetish and the arguing with kids, which strikes me as disturbing), but hey, maybe it will just be hilarious.

Attributing to their own lack of understanding of what psychotherapy really entails, K-drama writers' unrealistic portrayals of mental health professionals who constantly but unknowingly step outside of the professional and ethical bounds irk me to no end. But in this case perhaps it is more palatable because the psychiatrist is purposely written as an immature and unreasonable nutcase who is a creep with a needle fetish?

Boy, they really would need to bring in the funny for me to watch an immature and unreasonable creep with any sort of fetish.

. . . who could supposedly just decide to switch accreditation from pediatrics to psychiatry? This character doesn't sound like he'll help the field gain any respect ??‍♀️
Well said, Kimbap.

I think Park Shin Yang will nail it considering his natural acting when it comes to comedy. Yet he still has charisma whenever he's acting serious. Well, let's just wait for another good news about this drama progress.

Ok but I'm a med student and let me just say, vaccinating patients is often the best part of my day. I love it because I'm passionate about preventative healthcare and making people immune to horrible diseases makes me feel powerful lol.

Why every hero / heroine in jdorama mostly a weirdo in other people's pov? At least in those that I watch (I don't watch many btw): Galileo, Date, My Boss My Hero, Nodame Cantabile, Last Hope (the private doctor), etc. I miss watching old lovestory jdorama like Itsuka Mata Aeru, The Ordinary People or Imoto Yo.