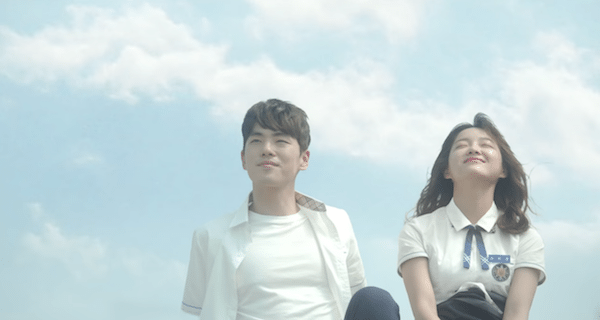 School 2017 has released its first teaser, showing its three main characters, played by IOI’s Kim Se-jung, Kim Jung-hyun (Rebel: Thief Who Stole the People), and Jang Dong-yoon (Solomon’s Perjury). This seventh installment of the School series will show the daily worries and different struggles faced by these high school students.

Called more often by their rank than their names, these adolescents have many private secrets and even more thoughts filling their heads, but this coming-of-age drama will tell the story of how they learn to find their way in a world that doesn’t seem like it will change.

In her debut role, girl group idol member Kim Se-jung plays a student dreaming of becoming a webtoon artist, who becomes mistaken for a rebel after landing in the wrong place at the wrong time. However, the real rebel is Kim Jung-hyun, the bad boy whose ill-intentioned deeds are covered up because his parents are wealthy donors to the school. On the other hand, Jang Dong-yoon plays the class president, a model student who gives off the air of being perfect, but has a troubled home life.

The teaser includes a glimpse of the School series’ history, which started in 1999 and has been the jumping-off point for many a K-drama actor. Some notable examples include Ha Ji-won, Jang Hyuk, Bae Doo-na, Kim Rae-won, Gong Yoo, and Im Soo-jung, who are all seen at the beginning of the teaser. It’s covered topics from school bullying to academic competition, although the last season School 2015—Who Are You had more of a mystery bent, when the twin of the main character died under strange circumstances.

The new teaser doesn’t show us much about the upcoming drama, just that it’s the seventh in the series, and it will feature seven individuals with seven different personalities. The brief copy that flashes onscreen says: “The fresh and energetic coming-of-age story of eighteen-year-old students.” Other characters that are confirmed for the drama, but not seen in this first teaser, include Han Joo-wan (Blow Breeze), who will play a teacher, and Han Sun-hwa (Radiant Office) who will play a detective.

KBS’s Monday-Tuesday drama School 2017 will begin after the end of Fight My Way. 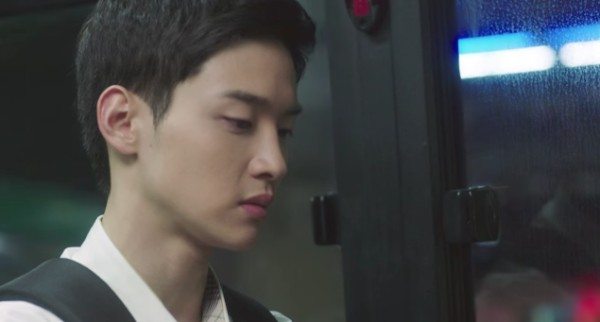 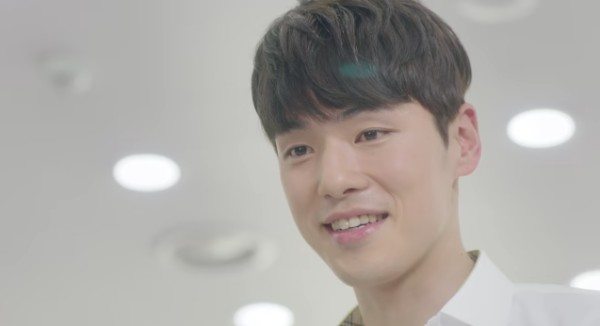 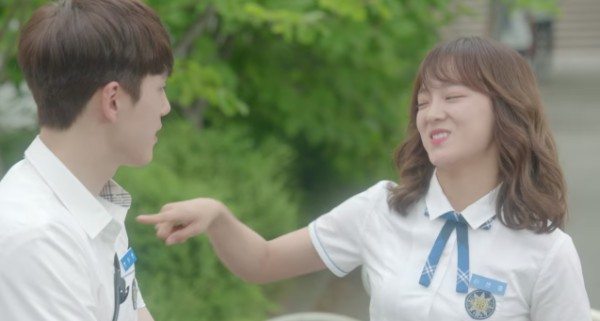 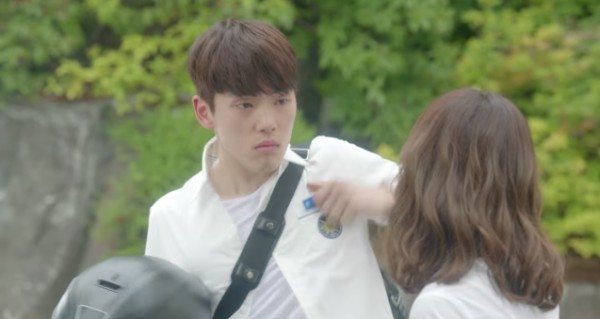 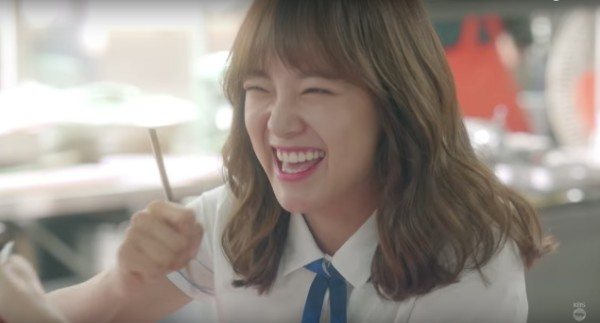 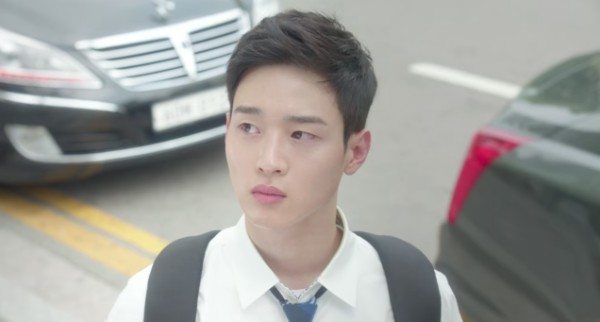 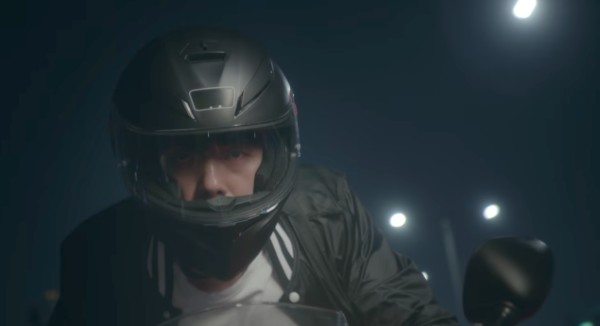 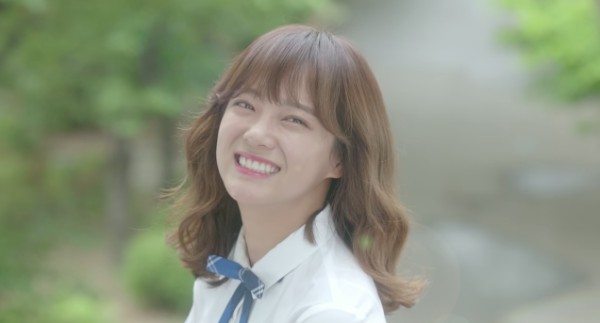 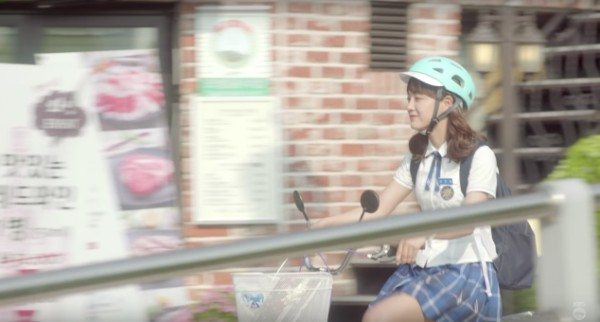 They're so young and fresh! :D Excited to see how this turns out!

exactly!! I love it!

With bikes, motorcycles, and buses, I am glad the first teaser sets up the stage for different modes of transportation for School 2017.

I'm in the mood for a high school drama. After all the thrillers and mystery dramas I want to just watch an innocent romance.

Awww, Kim Sejung is so charming. I really hope this is a hit for her!

So excited! Hope this is good!

School dramas usually aren't my jam, but I adored Kim Jung-hyun so much in Jealousy Incarnate that I might give it a chance for his sake. It looks like nice break from all the recent emphasis on legal thrillers and crime.

I have never watched any of the school series (but I do have school 2013 on my watchlist) but I want to try one.

Kim Se-Jung's smile in that final cut has me thinking of all those times when I had to smile for the camera and my smile always came off as awkward and gangly. Hahahahaha. I love it because when you're young, and you don't belong to the 'cool' people who seem to age faster and be more glamorous than the rest of the class, everything you do is pretty awkward. From your hair to your smile. Awkwardness seeps from your very pores and just that shot has me falling into her camp and deciding that I will follow and love this drama because she reminds me so much of my teenage self :).

So happy Jang Dong Yoon is a new drama. Loved him in Solomon's Perjury and I'm sure he will do amazing in School 2017.
I have to say I'm enjoying the cast a lot! I do have some reservations about Kim Se Jung (that smile at the end look kinda forced) since it is her first role ever but that's kind of the point of the School series! Cast rookie actors and hopefully find the next big actor!
I can't wait for the drama! Sounds like the perfect summer drama.

I thought I'm the only one here for JDY <3 I thought he was younger than me when I was following SP, so I was super shocked to find out that he was born 1992 hehehehe

Wow, Kim Sejung's smile in that penultimate still reminds me a lot of Hyeri's Deokson!

Btw does anybody know where I can download/watch the old School series? Like School 1, 2, 3 if possible.

School 2017, will be aired on 7.17.2017 and it's the 7th school series. I love how they make used of no 7 a lot. Anyway, this looks promising. I just hope this focuses more on friendships and struggles of growing up instead of just romance.

19 gadis is camping in the cells village (again)

It looks really fresh. I'm excited for some high school story after all these legal/crime thrillers this year.

School 2015 didn't leave much of a benchmark for me, I still get bitter mentioning the name :( If it's as good as Angry Mom or even just a tad better than 2015 - my faith will be restored for this series.

Woah, I always love School series. Can not wait for this one! Hope it is as good as its predecessor. *finger's crossed*

Aww , School series returns again.
I would love to see a refreshing story :-)

I really like Kim Se-Jeong both as an idol and in variety shows. If she manages to excel as an actress as well, she'll be a triple threat (in a good way of course).