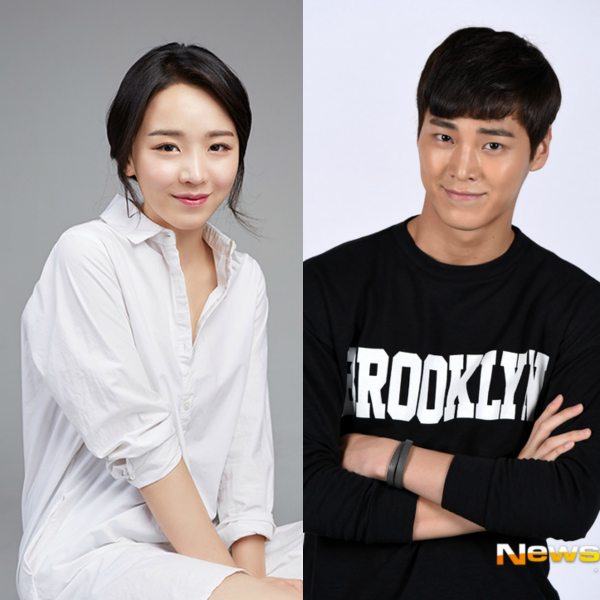 Shin Hye-sun (Legend of the Blue Sea) and Lee Tae-hwan (Father I’ll Take Care of You) are currently reviewing offers to be in Park Shi-hoo’s (Neighborhood Hero) comeback project, My Golden Life. UEE was initially in the running to be his female lead, but she has declined. The drama is a weekender about a woman who gets the opportunity to elevate her position in life, but somehow ends up falling further down instead. It will tell the story of how she overcomes her situation and ends up finding joy in the little things in life.

It will also cover the theme of the hidden, silent pain of men through one story arc of a father who struggles to watch his children grow up without many opportunities. He grew up poor as well, and even though he did what he could in life to leave his poverty, in the end he did not have the resources to pass on a legacy of wealth or prestige to them.

Park Shi-hoo’s character is the only son of Haesung Group’s CEO, currently working as the head of its strategic department. Having earned his MBA degree in America, he returned to familiarize himself with the family business and is going through an informal apprenticeship as the successor who will become the company’s next leader. A born aristocrat, he’s a gentleman through and through with his polite manners and chic charisma.

Shin Hye-sun, if she confirms, will play a marketing team contract employee Seo Ji-ahn, who is a reliable worker with a bit of a competitive side, an optimistic outlook on life, and a playful personality. She lived a princess-like life until her first year in high school when her father’s company went bankrupt. Now she must put on a brave face, enduring unjust criticism, to achieve the coveted status of a permanent employee. Lee Tae-hwan’s character is Shin Hye-sun’s high school classmate named Sun Woo-hyuk. He’s a student majoring in industrial design, currently on leave in order to concentrate on running his startup, an internet mall selling DIY furniture for singles. He’s an energetic and brave individual who has very particular likes and dislikes.

So Hyun-kyung, the writer of heartwarming family drama My Daughter Seo-young (also 49 Days, Twenty Again, and Two Weeks), and Kim Hyung-seok, the PD of light rom-com Oh My Venus and the cheerful weekend drama You Who Rolled In Unexpectedly, will be collaborating for this upcoming KBS drama, which is set to premiere in August.

Shin Hye Sun is another one who is busy this year. I'm not particularly impress with her in anything but she is not bad so far. This will be her first lead role so good luck. Still not ready to see Lee Tae Hwan with another girl (after he was such in a cute and awkward relationship with Park Eun Bin, and the swooning height difference as well).

Shin Hye Sun certainly wants to keep busy. She was very good in both She Was Pretty and Five Kids. She has only started in Secret Forest so it remains to be seen what she can do there. Its about time she headlines a project. I hope she takes it.

Also, Oh My Ghostess (as the wheelchair-bound sister). She is on a DRIVE to build her career.

This particular drama has the PSH situation going on but I could see her taking it for the benefit of a lead role.

Shin Hye-Sun and Lee Tae-Hwan worked together in High School King of Savvy, as an office worker and a high school student, respectively...

Isn't Shin Hye Sun already in Forest of Secrets in tvN? How will she cope with two dramas airing simultaneously?

And I'd like to see Lee Tae hwan in something other than a weekend drama. He already did his stint with Father I'll Take Care of You. He was a little stiff with his acting there, but he's still learning. Time for him to try something else or he might end up typecast. So I hope he declines.

Forest of Secrets was pre-produced so it won't be an issue in terms of filming.

Hate me but idk about Park Shihoo. It's still smh uncomfortable for me to watch this dude. But it's Shin Hyesun T_T

True, when I read this news was like "Hmm, this dude? But I want to see Hye Sun ?"

Lol I really like shin hye sun, so I wouldn't want her to do this drama honestly. Her character in forest of secrets is strong and making impacts, even though she appears on screen for shorter time. So I would rather that she waits a while for a lead role. Not sure if this one is a good idea.

The plot of the show just seems kinda ehhh

One of my top k-drama writers so even though the description sounds mundane, I'll give it a go for her.

I know right? This writer has done some great stuff. There could be some massive complexities to the story planned that they're not giving away with this very vanilla description.

Park Shi Hoo, I'm sorry to say this, but you still there?

I'm so annoyed that this writer/PD team has to do a drama that Park Shi Hoo is starring in. I just can't watch him but if he wasn't in it, I would definitely check it out, especially if Shin Hye Sun and Lee Tae Hwan will be in it!

I'm in love with Shin Hye Sun after watching Five Children. Her chemistry with Sung Hoon was off the charts. I was hoping these two would date in real life! She is a good actress and can emote well. I would love her take this project up..Lee Tae Hwan looks handsome but his acting skill are amateur. He needs to step up if his acting career should take off...

Might I ask what has Park Shi Hoo done?? I really don't know the actor that well @maryxiah ??

He was accused of rape but was never convicted; I think they settled out of court. The basic story was that she was drunk and asleep, he had sex with her anyway and called it consensual.

please decline it Shin Hye-Sun!!! as much as I'd love to see her finally take main lead status (and I love weekend dramas!), I don't want her in this.

Nooo, gurl don't do it. I can't comment on the PSH issue cause I dont know enough about it, but there's something definitely icky about it and I dont want it to affect her! ;___;

Yes yes yes ..Shin Hye Sun..You are talented actress..show it!. Who ever her partner would be is fine it is purely show business. Its time, they chose you to work with extremely veterans actors a TV drama and Movie..just show how talented you are, Fighting!!

I recently discovered the Princess Man, and then of course, the two main leads. I went on to check out three more dramas that PSH played as the main lead. Boy, he is one talented actor. I also appreciate the fact that he doesn't look too plastic, unlike many Kdrama actors/actresses. I enjoyed all of the dramas he played as the main lead. I loved the Princess Man so much that I ordered the DVD set. I'm not particularly keen on long dramas, but will check this one out (too little time, too much drama. Lol).

what park shi hoo did doesn't concern me.the important thing is his acting skills and that is fantastic. I'm wating for his come back. Fighting!!