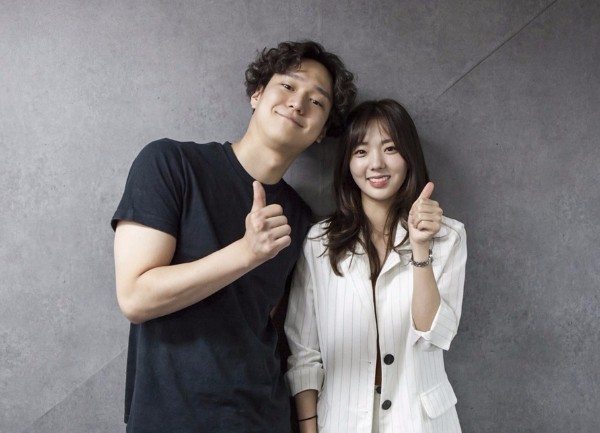 The first script read for KBS’s “hot-blooded youth drama” Strongest Deliveryman was held recently, and photos of the gathering have been released. This drama is about how twentysomethings with nothing more than the empty delivery bags on their backs begin to carve their way in the world.

Starring Go Kyung-pyo (Chicago Typewriter) and Chae Soo-bin (Rebel: Thief Who Stole the People), it’ll tell the coming-of-age story about how these deliverymen (and women) engage in intense competition to come on top in their neighborhood businesses. Go Kyung-pyo’s character is a delivery boy of legend, whose veteran skills are unmatched due to his five years of experience. He only has one rule: Don’t work in one place for more than two months. The drama will tell the story of how he goes from a street delivery boy to the CEO of his own company.

Similarly, Chae Soo-bin is also in the delivery business, working hard in order to make as much money as she can. Despite being born with a “dirt spoon” (dirt-poor), she’s cheerful, knowing how to pick herself back up, and how to look forward, not back. Her character is a kickass heroine, literally, having trained fifteen years in the art of hapkido. In some of the stills below, the actress Chae Soo-bin looks to be hard at work practicing her martial arts skills.

Previously, Jang Mi-kwan and Lee Yeol-eum had been announced as the second leads, but there’s been a changeup. Now, Kim Sun-ho (Chief Kim) and Go Won-hee (The Time I’ve Loved You) will be taking on their roles. Kim Sun-ho plays a wealthy heir who always worries about the possibility of Murphy’s law and emergency situations playing out because he was abandoned once. On the other hand, Go Won-hee plays an immature but bright woman born with a silver spoon in her mouth who yearns for independence.

Friday-Saturday drama Strongest Deliveryman will follow The Best Hit and begin on KBS from July 28. 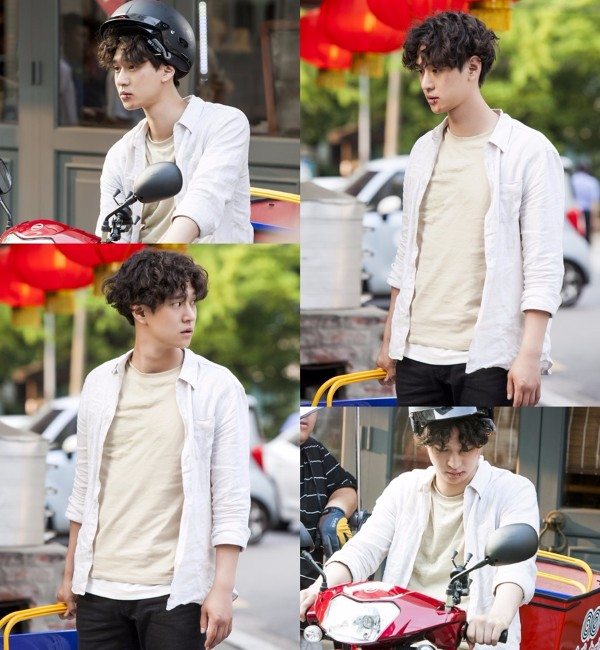 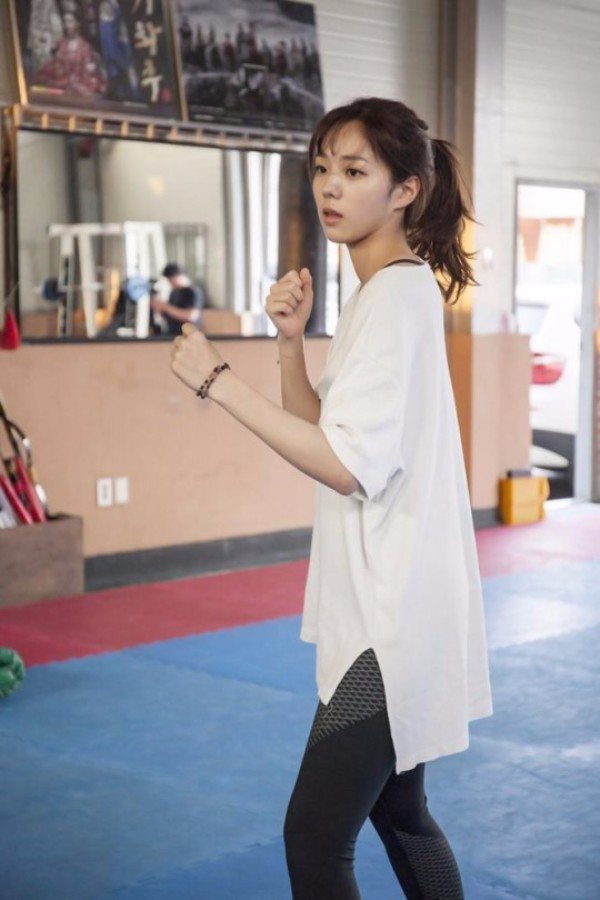 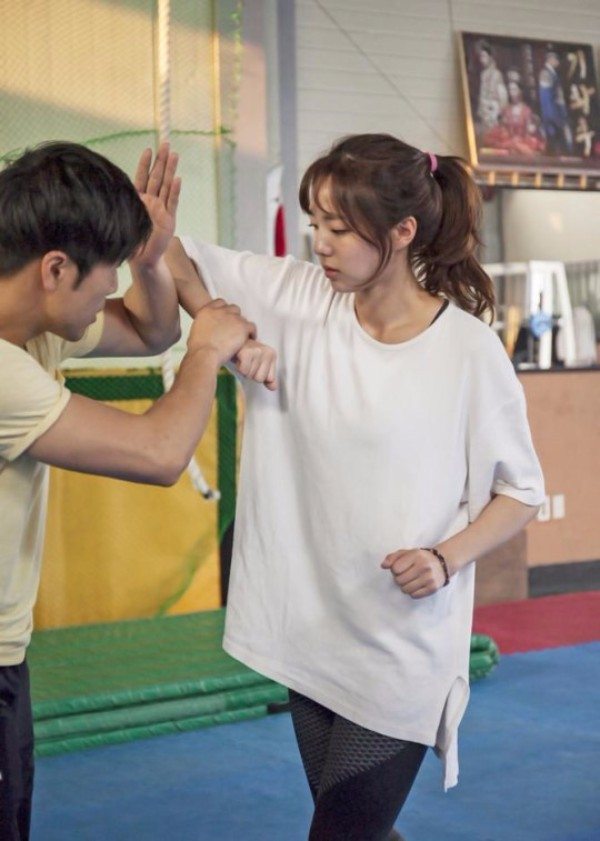 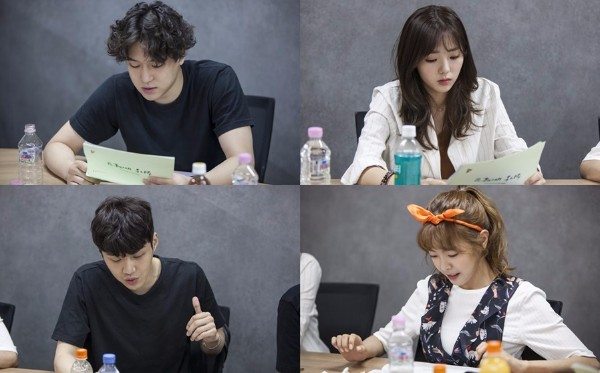 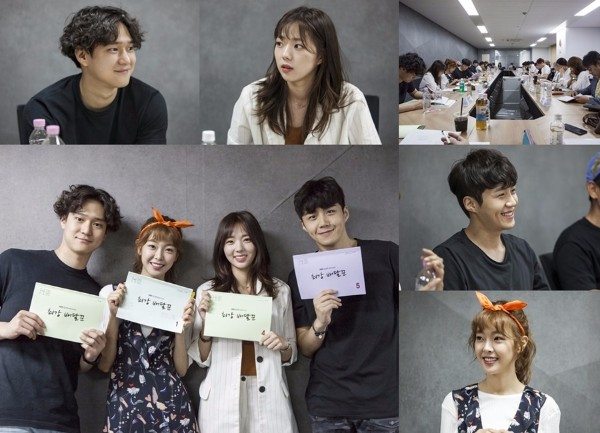 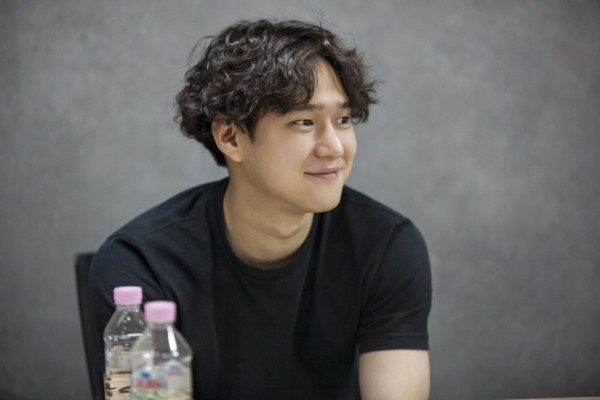 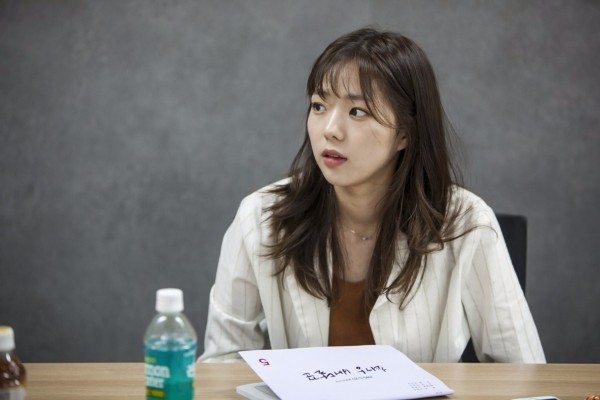 Wig or did he had his hair grow long then curl it? Either way he's adorableeee ❤

Jin-O's ghostly possession of the dog might have unintended and unforeseen consequence in this case.

Omg you're comparison! Hahahahaha. I think I might be too biased. I love GKP too much. ❤ I mean, I even liked LJS's hair in Doctor Stranger. What a hot mess!

maybe it will change as the story progress? maybe the hair will signify the transformations that he'll go through? let's keep our fingers crossed.

Yes, let's keep our fingers crossed ??! Let's hope, just like Jang Hyuk in Fated to Love You, his hair would go through metamorphosis haha

Keeping it crossed!
I think hee had the best hair in jealousy incarnate

I had seen his worse hair in Tomorrow Cantabile, so I think his perm hair looks "okay" and acceptable.

haha yep his hair in Tomorrow's Cantabile was pretty bad...

I thought his hair in Cantabile was kind of endearing. XD

Oh boy, I still remember what looked like a cold sore developing too.

I love long hair in men? ...it makes me think of how I would entangle my fingers in it while kissing them ? so of course I approve this look in Go Kyung Pyo, he looks cute :)

I like his hair. :) Maybe it's because I am a fellow curly-head?

He looks like a fuzzball-ajumma-puppy and I weirdly like it!!! What is it about his adorable face that just makes weird hair look nice????

It's so flippin' cute. I thought it was a wig but since he has it at the script reading it's probably his.
Anyways I'm totally checking this show out.

Gotta say, that hair look so much better on him than on MC Drill or Kyung-soo. That's some luscious locks there!

I luff it! Its so fluffy!

First reaction: OMG, why...
Second reaction (after seeing the stills): OMG, so cuteeeee

Lol!!!! Are you my long lost twin sister? I totally had the EXACT same reaction lol

I'm here late and I typed my immediate reaction. After posting I see that it is the longer versionf exactly you comment! Haha! I'm always glad to have shared thoughts (even to the exact words!) with fellow beanies!!!

Oh yes yes yes. I hope it's gonna be one of inspiring drama. From deliveryman to CEO? I do wanna know his secret. I'm also happy for Kim Sun Ho to get the second lead role! He's quite good in Chief Kim. I'm glad that Chief Kim drama made him having the spotlight he deserves.

Can't wait to watch this! The premise sounds interesting especially considering the big jump in jobs. I'm really excited to watch GKP and CSB in another drama and see what brings! On another note: I love GKP's hair, enough said.

Yes! It's about time to see kyung pyo and soo bin in a lead role...

From The Best Hit to Strongest Deliveryman. Friday/Saturday should still be fun, then.

It's kinda on the same vein as FMW which I love and I adore both leads. Soo excited for this ?

I am excited about this drama. Also, for the first time Go Kyung-pyo will get the girl! Yaaaaay!

He also got the girl in Flower Boy Next Door! He never was the second lead until JI.

He sure got the IT girl in FBND!

Perms on men (or anyone) should be banned.

I love the phrase 'delivery boy of legend'.

I wondered, what leads to the change of the second leading characters.....

Is it getting the best hit's shitty air time, I hope not. Why not give it a regular schedule KBS?

I think it's because the leads aren't famous enough to get prime time slot.

First saw the hair and thought eww but realized maybe the role calls for it - how his hair transforms will show how far along towards success he is..lol

I hope this becomes successful for GKP in his first lead role! ♥

I have curly hair too. Really tight curls and I'm sure OP didn't mean any harm. *hugs*

Aaw yay :D We are curly-head buddies then ^^ high five!

Oh no, I didn't mean curly hair in general. Just on him O_O

It's fine :)
I personally like it on him though but everyone has their own taste after all. ^^ And you might be right, they could have it as a temporary hairstyle that they will change when he becomes more successful.

OH MY GOD. THIS CAST. I anticipate sooo much cuteness I can't waaaaait
Also that height difference btwn the leads

Seriously, Chae Soo bin looks so cute and GKP looks like scrappy from lady and the tramp. I cant wait for this drama

Wow, so cute! I can't wait to see them together in something that looks like so much fun! I don't always love that hair, but I like it on him.

Everything about this brings me immense joy.

I actually think he looks ADORABLE in that perm. Like a puppy to be petted!

At first I was like "ooooooo" the hair when I saw the script read photo. Then the on set photo made me go 180° on that decision, and I don't know why.

Having him back on my screen this soon and in his 1st leading role, so excited for this! Go Kyung-po fighting!

ERMAGHAD! LOOK HOW ADORABLE THEY ARE!!!!! Sorry, didn't mean to yell.

The hair... what happened to the hair?

I read somewhere that Jang Mi-kwan (the villain in Strong Woman) is no longer a part of the drama? Is it true? I haven't found any news article about it.

Love love LOVE his hair! It gives you the IdontcareitsmyhairIcandowhatIwant kinda attitude LOL. Plus, prim and proper doesn't really suita deliveryman so this one's just nice for his character.

This looks exciting but.....

GKP! That hair! Somehow excited to see this drama. This is his first lead role, right?

It has been a good year for youth dramas, fingers crossed that this one adds to the list! Wacky curly hair can work well for a character, like Hogu in Hogu's Love, so here's hoping Go Kyungpyo's character is a cute puppy too ^^

Aww Go Kyung Pyo!! Slowly, but surely making his mark in dramaland since "Reply 1988" and he was such a hoot as Yoo Jin Oh in "Chicago Typewriter" =) And Chae Soo Bin, I love her!! She has such a sweet and warm aura about her person irl that she brings to her characters and I just love her to bits!!

I want to tousle his hair. And maybe pinch his cheeks. And boop his nose. So....I like his hair but not in a that's an attractive man kind of way.

I have to admit I didn't like his hair

i remember when YSY was offered the main role. now its GKP, FBND feellllsss~ hahahaha

Okay so I wasn't totally sold on that curly mop of hair at the script reading but I'm kinda liking it after seeing the stills.

I predict a great number of teenagers are going to suffer serious swoons over that floppy-haired cutie-pie. :pinches his little baby cheeks:

OMG! I love how curly hair suits him. Well, basically he suits with whatever hair he is in. And Chae Soo-bin is so pwetty. They both make my screen as beautiful as the green nature. Can't wait for July. Please come sooner, yes?

Oh my gosh! His hair!