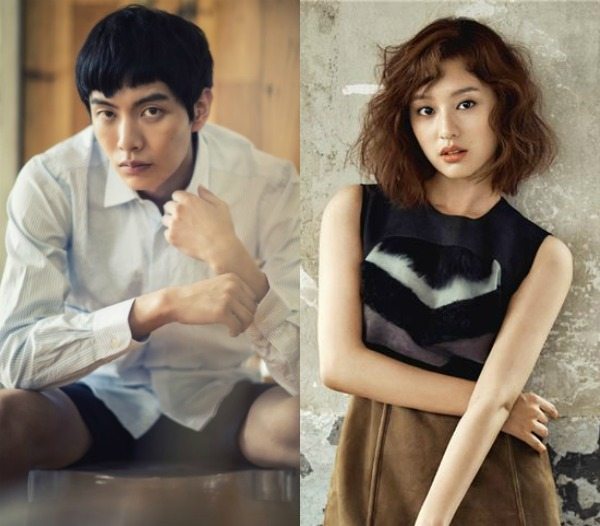 Oh, this sounds fun! Kim Myung-min (Proof of Innocence) and Oh Dal-soo (Master) are coming back in a new installment of the Detective K series. This will be the third film to feature Kim Myung-min’s Sherlock to Oh Dal-soo’s Watson, with the first chapter, Detective K: Secret of the Virtuous Widow, having released back in 2011.

This time around, the brilliant-but-hapless Detective K will embark on a mission to catch a serial killer who mysteriously drains the blood from all of his victims. He’ll be joined by his trusty sidekick, played by the always fantastic Oh Dal-soo, who keeps him from getting into (too) much trouble as he traipses around to solve the case. Both actors have stated that they’re grateful and excited to be given another chance to romp around as the Joseon-era sleuth and his right-hand man, and how nice it was to be able to work with a familiar cast and crew for the third time.

We’ve also got two new actors for the upcoming crime comedy sageuk: Kim Ji-won (Fight My Way) and Lee Min-ki (Shoot My Heart) have both confirmed roles in the latest Detective K film. In the first two films, the main female characters played by Han Ji-min and Lee Yeon-hee were both femme fatales, but it looks like the production is taking a different route this time since Kim Ji-won will be playing an amnesiac who assists our hero in his crime-solving adventures. On the other hand, Lee Min-ki, whose participation is described as more of a special appearance, will have a central role in the main mystery as the “Black Robe,” which sounds ominous and decidedly villain-like.

That’s one solid lineup, and while I don’t usually love sequels, Detective K sounds like a premise that could easily go on for any number of films, as long as there are interesting cases for Kim Myung-min and his ridiculous mustache to tackle. I’m also eager to see Kim Ji-won in her first sageuk, though Detective K is far from your average, run-of-the-mill historical film.

Filming for the third Detective K film will start next month, so we can expect a release date of early to mid-2018. 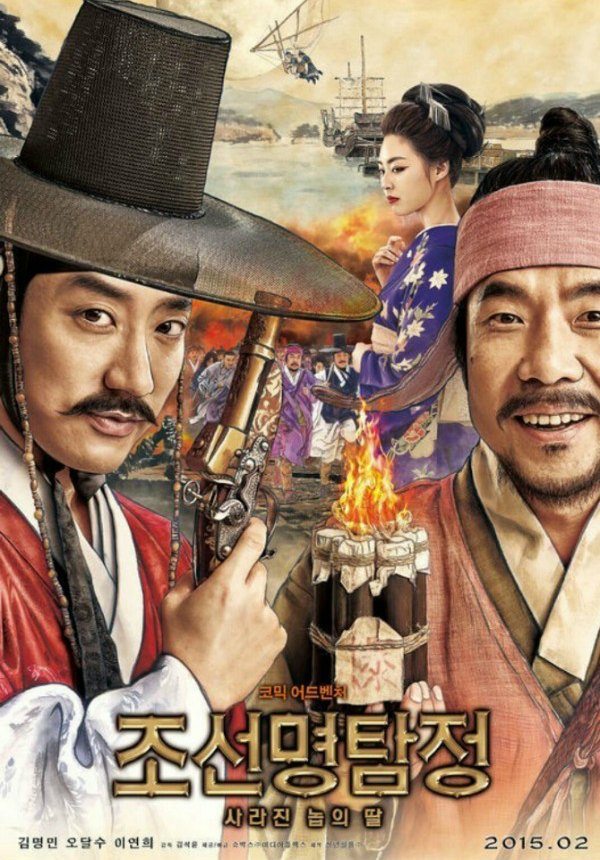 All I have to say is YES to Kim Ji Won.

Happy to see Kim Ji Won in anything.

I demand that the Korean government allocate funding for scientific research on the dominant amnesia-inducing gene which has plagued the Korean population as far back as the Josean era.

@Kimbap
You crack me up with your witty comments. Please join the other talented DB writers!

Awwww thanks for putting up with my smartass comments....they are much less tolerated by the people around me, so I am told.

We got your back chingu-a! Lol.

I'm sad that I have only 1 like to gives

While we're researching, can also check whether fashion code for villain started from Joseon too, if that “Black Robe” has a hoodie...

Reading this comment should come with a warning. :D

You would think they would have by now. Maybe they started nd the people in charge forgot what it is tht they were researching ???... i'll see my self out... lol

Apparently, this is pre-dominently a S.Korean medical delima that is, amazingly and suspiciously, an open secret in the KDrama portion of the S.Korean entertainment industry. Admittedly, amnesia has been often expierenced by characters in the American Soap Opera genre too.

I haven't seen these movies but they have been on my "To watch" list for a while now, I think it's time. After FMW I love Kim Ji-won I am even thinking of watching Gap-Dong even with the not so great reviews only for her.

Lost Island wasn't as good as the first one (so few sequels are) - a wee bit muddled but still a lot of fun. More than enough to see these 2 back again.

@eked13 have u watched both previous movies? I always bookmarked detective K but never had chance to watch it

i get such unbridled joy from watching kim jiwon rise through the ranks. been following her since what's up, and i can't believe it took this long, but she's finally going places! :')

I was hoping for a drama from Lee Min-ki but a movie is better than nothing. He has been the bad guy before and was awesome, so excited for him. Grant you, I will probably never see this movie, unless it gets a wide release or magically ends up on Netflix. The struggle to see Korean movies is real.

I was hoping for a drama from Lee Min-ki but a movie is better than nothing.

My sentiments exactly on Lee Min-ki. Those lips though. And that smile.

I need him back on my tv screen asap!!!

Yes and in more than just a "special appearance"!

Omo! I love Detective K and his trusty sidekick! Laugh so hard with their misadventures.. So I'll be looking forward to this..

All of a sudden I want Lee Minki and Kim Jiwon in a drama together.

Yay, Kim Ji Won! I'm already in because of her!

Whoa never thought I'd get to see Det. K in another adventure. And with Kim Ji-won as the girl, all I can say is I'M IN!!!!! (Although it'll be another torture to wait for the movie to be released and then get subbed and then get someone to upload it or being screened in local movie theatre)

I see Kim Ji Won. I click it. As simple as that.

The senior actors are respected in SK, the previous 2 movies did very good at box office, I think KJW is once again choosing right. *happy dance*

This sounds like an awesome opportunity for KJW! I'm excited for her!! And of course, the rest of the cast is solid.

I wonder if Lee Min Ki will be sporting guy-liner? With a title like "Black Robe" he should be!

Happy to hear a 3rd Detective K is in the works.

Also curious to see where they extend the revelations on Oh Dal-soo's character from the last installment.