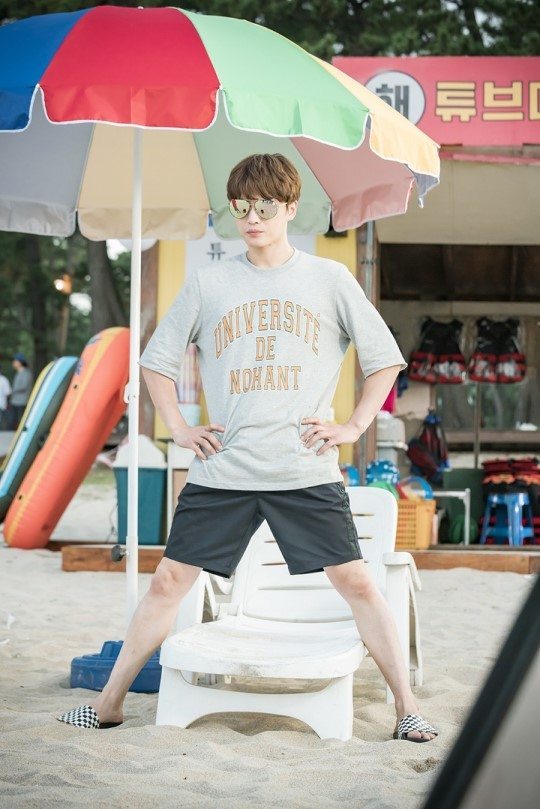 We’ve got our first glimpse of KBS’s fantasy rom-com Manhole, the other time-slip romance in the new drama cycle. I’m not quite ready to let go of Seven Day Queen just yet, but time unfortunately waits for no one, and production for Manhole is full steam ahead with a couple weeks left to go from its premiere date.

These stills feature our hero Jaejoong (Spy) on the beach sporting a pair of shades I want for myself. He’s harboring a 28-year-old one-sided love(!!) for the heroine UEE (Night Light), and starts his “random time-slip” journey through a manhole in order to change his present once he gets an invitation to her wedding. Well, better late than never.

What he doesn’t count on are the unintended consequences of his actions when he goes to the past through his time portal, and how even the smallest change can bring about unexpected long-term effects in the future (or his present). I’m excited to learn more about how his time portal works because it doesn’t sound like he has any say in where he gets dropped. I wonder if it’ll be a linear back and forth, like Tunnel, or if he’ll land on certain dates all willy-nilly.

Joining Jaejoong and UEE are Baro (Master–God of Noodle) and Jung Hye-sung (Chief Kim) as the leads’ best friends. Kim Min-ji (Woman With a Suitcase) and Seoyoung (Romantic Doctor Teacher Kim) round out the supporting cast of Manhole, which is directed by PD Park Man-young of Vineyard Man and written by Lee Jae-gon, whose credits include Special Affairs Team TEN.

Manhole will premiere on August 9 in KBS’s Wednesday-Thursday slot after Seven Day Queen ends its run. 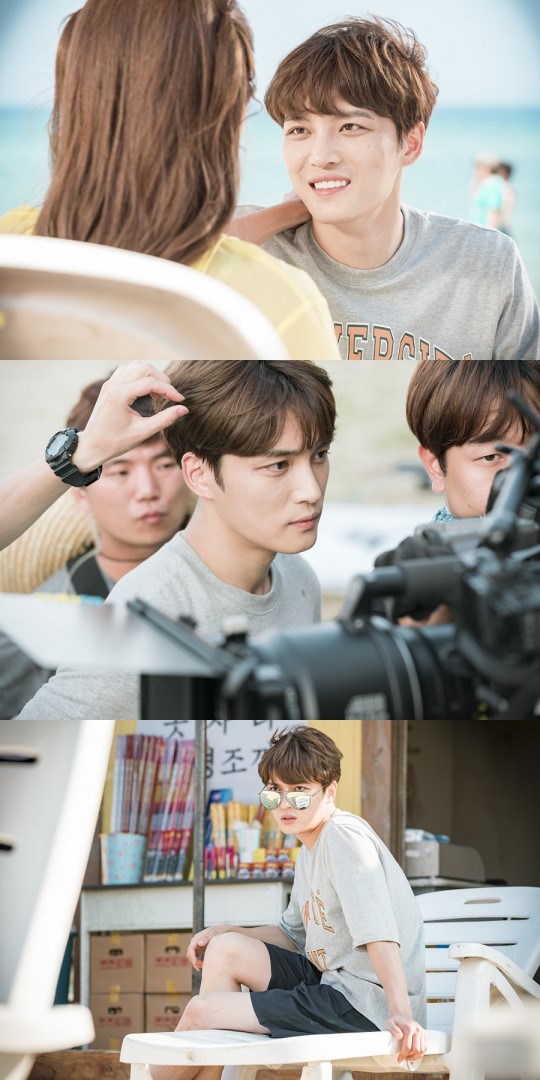 Ridiculously so. I really hope there are more differences between the shows than the synopsis makes out.

Same thought crossed my mind!! It sounds so much like operation proposal!!

waah yeah, it sounds similar,
maybe he just get to travel one time instead of a chance for every slideshow

I don't know how I feel about the time portal being down in the sewer. My germophobe self is cringing to death. But, I hope this show is good.

I hope we'll see pictures of the two leads in one shot coz right now, I don't think they'd look good together. Might have to check since I like them both but I don't want 7DQ to end yet!

He is so hot.
I have my reserves for this drama and a lot have to do with the story, however, maybe I can only watch the no sub version for the visuals :P

Is the Manhole still Feel(ing) So Good? If it is, they really need to change the title. I think it's completely ridiculous and I can't fathom what's going on in their minds when they decided on that.

I'd rather they use the literal translation of its Korean title (Manhole: the wonderland Phil). That "Feel so good" sounds really awkward and ambiguous.

Well the frist sounds quite a lot like Operation Proposal(the original and the remakes) so i'm quite curious what twists will get for a fresh take on this timeslip plot even if i'm not really found into this gonna confess now that the other one marries plot type(poor groom),kinda makes the girl look bad in my eyes(wasn't love if she wants to marry the poor dude?)...

love the two leads. I will watch for sure :-)

welcome back JJ! and not a minute too soon! this sounds really fun and JJ will up the enjoyment 100%,

JJ really goes into a time slip
HOW COME HE DOESN'T AGE???

Ouchie on 28-year-old one-sided love, sounds like a lot of suffering...
Excited for this, am expecting a lot of hilariousness from the "random time-slip", with hopefully minimum amount of angst.

Okay the story line sounds too familiar and not to ding idols but here are 3 out of 4 leads in this drama? I usually like Uee dramas and never watched jaejoong but no thank you...

Seriously.. this drama needs a rename more than anything. I laugh every time I saw its news.

Plot is similar to Operation Proposal, but this seems to have light vibe on it.. will be watching this just to see JJ after army

Why can't they change the title? It's kinda weird, especially when viewers wanna using #manwhole on social media.

Anyway, I'm excited to see Jaejoong back in small screen, though I'm not really sure how I feel about UEE, her performance on acting is varied. Sometimes she's bad and awkward, but sometimes she's good.

So the character went to university in France... or is it just random words on a t-shirt again?

I don't recognize the name of the university. Could be some Korean fashion thing (?)

ha! his pose is so funny.
XD

huh, oppa's out of the army already?