In the leader they trust for OCN’s Rescue Me 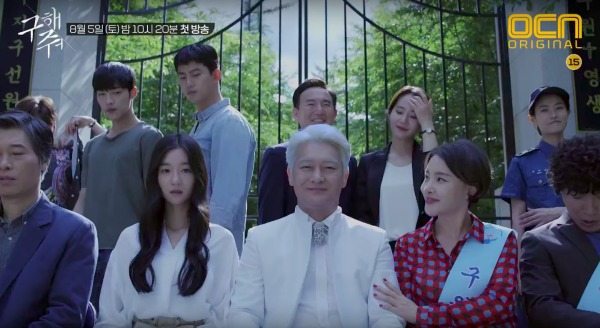 Well played, OCN. If your intention was to creep me out, then you’ve outdone yourself. Rescue Me, the upcoming thriller about a cult and a group of youths who unexpectedly gets caught up in it has released two new short teasers and they’re… unsettling, to say the least. They actually work really well, because in addition to setting up the general feel for the show, they’ve certainly caught my interest when Rescue Me was previously low on my radar.

The first teaser has a really simple but effective concept: All of the main players in Rescue Me, from the cult leader to his loyal (and maybe not so loyal) followers, to our ragtag group of youths who enter the cult grounds to save Seo Ye-ji (Hwarang), pose in front of the cult gates like a yearbook photo. You know, if cults had yearbooks. Park Ji-young (The Liar and His Lover) plays the cult leader’s right-hand woman, and she narrates as the camera pans out, “We are a community who shares everything in our leader.”

Jo Jae-yoon (Defendant), another devoted follower, then states what sounds suspiciously like a real Bible verse: “Love thy neighbor as yourself.” And finally, the leader himself tells his congregation, “Do not be afraid. And trust in me,” as he inconspicuously rests his hand on Seo Ye-ji’s thigh. Gahhhhhh. So disturbing. Even more so when you read the plaques on the cult gates, which includes words like “Salvation” and “Eternal life,” and at the very top, “You shall become whole once you board the boat of salvation.”

It looks like Seo Ye-ji’s character in Rescue Me was never a willing participant in the cult led by a white-haired Jo Sung-ha (The K2). In the second teaser, she watches a fevered, wholly alarming worship service conducted by the cult leader as she says offscreen, “Mom, I don’t want to. Those people are… strange.” She does, however, seem to bond a little with the other younger members whose parents also pulled them into the cult, and Jo Sung-ha muses to Park Ji-young, “The children’s souls are so bright.” Which is so, so creepy when the teaser immediately follows that up with Seo Ye-ji getting manhandled by Jo Jae-yoon, with a strong undercurrent of molestation.

Well, at least Park Ji-young’s character might have an ounce of a conscience (buried somewhere deeeep inside her brainwashed head), because she also looks uncomfortable at Jo Sung-ha laying a hand way too high on a female’s thigh. A chyron appropriately reads, “This place is hell…” We see Seo Ye-ji’s once-happy family in a photo as its frame comes crashing down, and she tearfully calls out, “Rescue me.”

I’ve seen quite a few American shows that deal with cults, but I don’t think Korea has ever really addressed them in dramas before, so I’m looking forward to this portrayal of a cult leader and his fanatic believers. Even if I might need a shower every time I watch an episode. And it looks like there’ll be interesting psychological elements in play, because there does seem to be some inner conflict between the members themselves. And once Taecyeon (Bring It On, Ghost) and his friends, played by Lee David (Bring It On, Ghost), Woo Do-hwan (The Man Living in Our House), and Ha Hwe-jung, burst in to save Seo Ye-ji and her family, I’ll be eager to see what their disturbance sets in motion.

OCN’s Rescue Me will follow currently airing Duel on August 5, in the Saturday-Sunday slot. 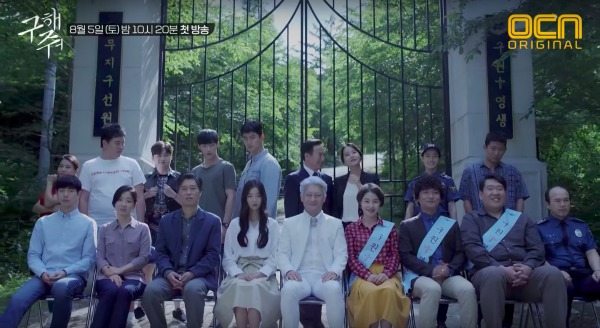 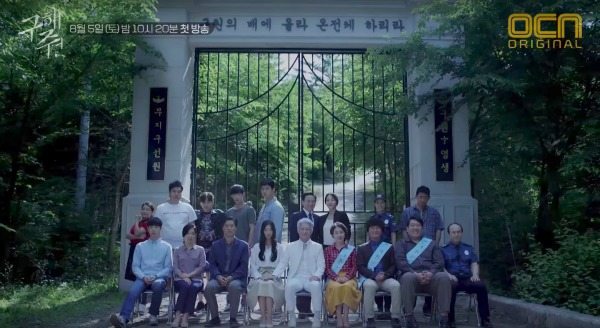 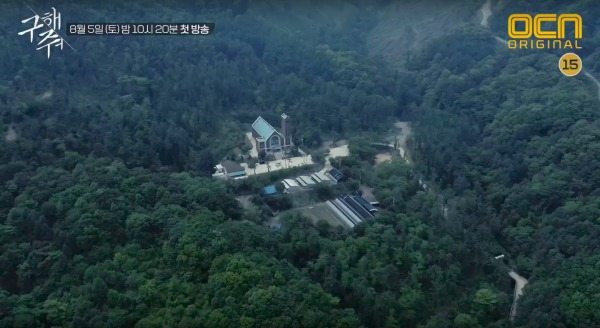 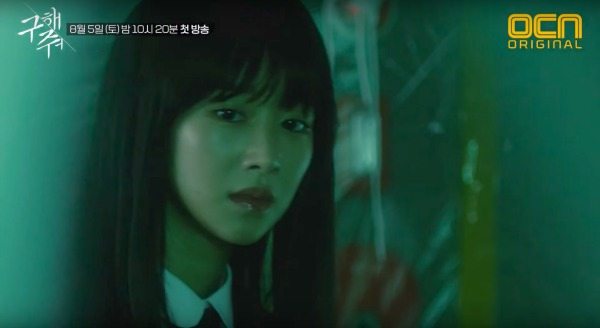 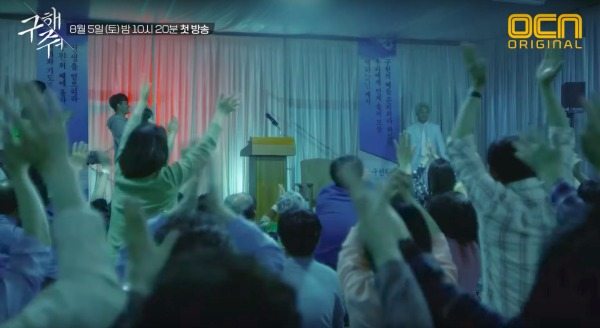 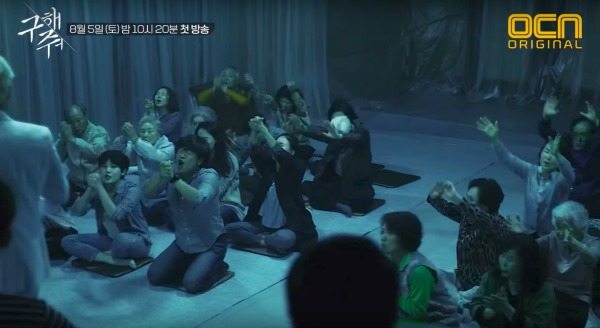 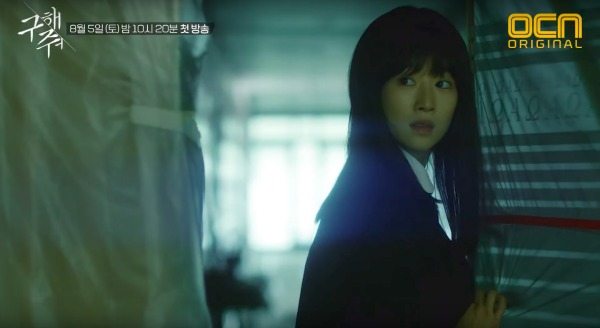 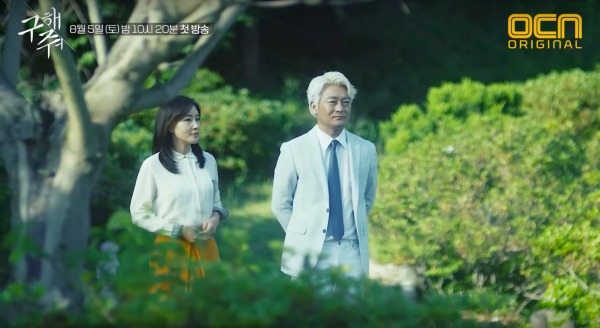 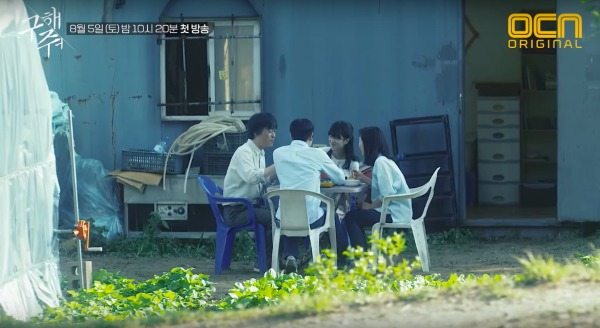 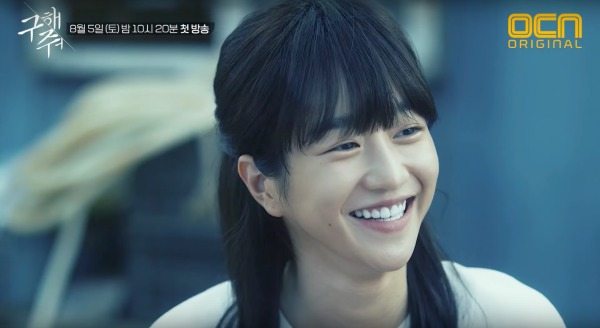 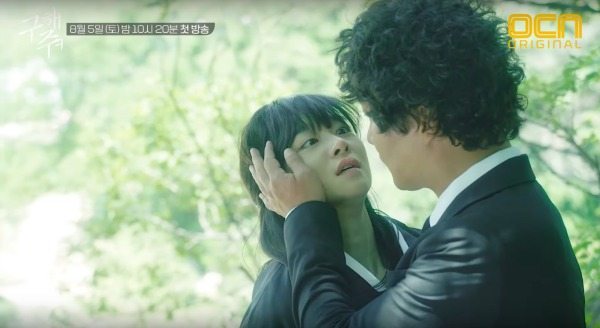 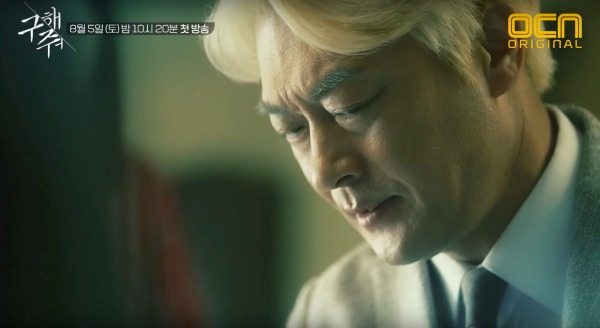 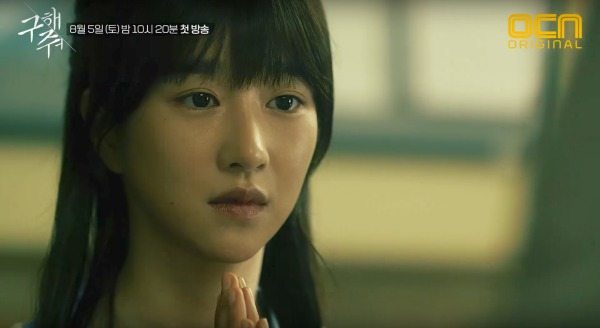 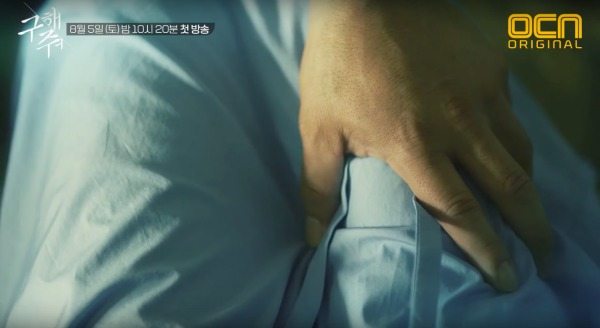 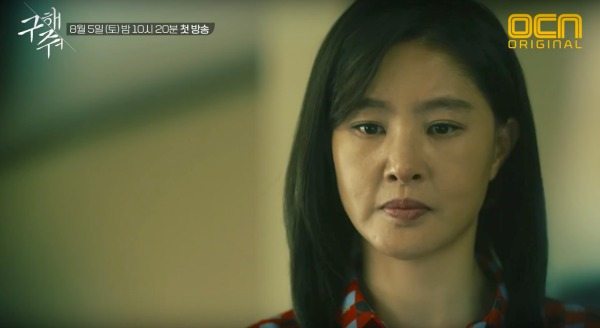 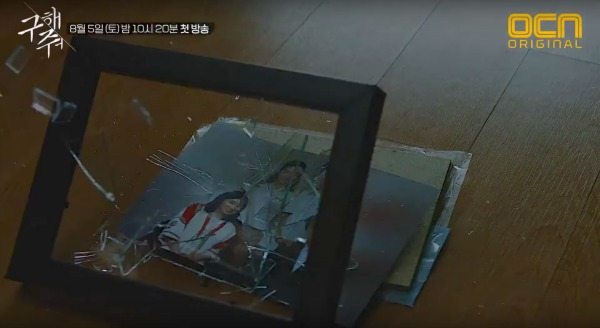 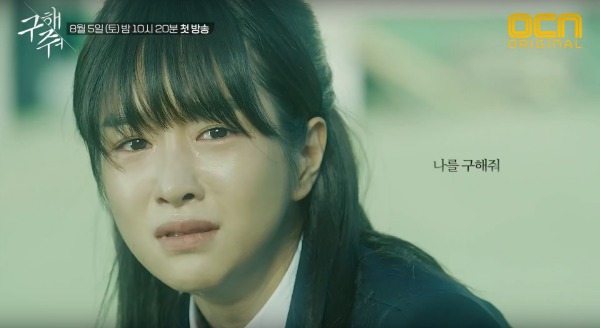 Nerveless, I shall have my pillow ready for the premier. Unless I chicken out. Which might (probably) happen.

I'm in, I don't know what that says about me but I am a sucker for disturbing stories like this one, also for stories of serial killer. I guess I just find it fascinating specially after taking a Sociology class in college. I watched "The Keepers" documentary on Netflix and I can't help but think about it every time I watch the trailers for this drama. I also watched "The Silenced" about 3 years ago and have never been able to watch it again :(, I don't think I can get easily disturbed after that movie.

Also I am interested to see their take on it especially with how recent the scandal that involved ex-President Park earlier this year is.

I watched the keepers too! And yes now that you mentioned it, I can't stop drawing the links. Don't know if can stomach this series as the keepers left me so angry and hurting for the victims involved...

Indeed, I also was and still am angry for the victims and the case in the keepers

Are you taking about the movie starting Park Bo Young?

No sorry, I was going to write the crucible because that is also another title for it and I guess I forgot to delete the "the". Is called "Silenced" with gong yoo. But I have also watched the movie with PBY :).

Very disturbing indeed. I am creeped out with that cult. I sure hope the show will not be too dark. I want to see this for Taec.

Taecyeon's the first reason why I want to watch this drama w/o knowing the exact plot, but now I'm more interested after watching the teasers! It looks intriguing in a disturbing way and it's something new in kdramaland.

taec is my reason tooo. Happy to see that there are people supporting him.

lol, true. Well, that's a good reason to watch, although I don't think I can take cults, not after The Following NO!

They've always been inherently creepy, more real to me than serial killer stories. Those ones I can take, but cults? Hell no!

It creeps the hell out of me!!! I don't think I can watch it alone since I'm not really good with watching these kind of genre but I must admit, it is interesting. What to do? :O

Watch it while the sun is still out

HAHA! That's a great idea. I will watch it under the 45℃ weather here atm, I think that will be enough sun for me to watch it. Lol.

well...i normally watch my kdrama on my bed at my semi-dark bedroom at night after work...so .... ?

After watching Voice, I can no longer watch thrillers at late at night by myself

I've very creeped out but at the same time I've veryyyy intrigued. My psychological brain is going to loveee this show

This looks very interesting. It reminds me of a Mary Higgins Clark book I once read called The Cinderella Murder.

Haven't read this book ... but reminds me of Two Girls in Blue and Where are the Children?

I love disturbing/creepy stories and this one is definitely right up my alley! I have always found cults stories fascinating (pretty morbid I know) and from the first teasers I can tell it is going to be exciting to watch!

the photo already creep me out so much ha

Super creepy but I might have to check it out since I'm sure it will get a lot of attention.

Well this wasn't on my radar before, but it is now...

i need more romantic comedies instead of this things.

OMG, after watching these two teasers, I'm more excited to watch this drama! Please don't give me so much high hope.

Even though I usually wouldn't be interested in this kind of drama, this does seem pretty interesting! I might check it out if the reviews are good.

On Jo Sung-ha I trust.

"... love thy neighbor as yourself" is part of what the Bible refers to as "the Great Commandment" of the Christian faith, stated in Mark 12:31 :) But placed in this context, yea, creepy, much? T.T

It makes me remember of my favorite American tv show, the first season of True Detective which really give me the creeps but still make me curious enough to follow it to the end.
I'm a sucker for psychological and mystery drama and this drama teaser totally makes me impatient.

I am so keen for this drama. Korea breeds an insane amount of cults, this is going to be fascinating, and the way it's covered in the Korean media too.

Yooo!!! I'm in!!! I'm surprised, never would have expected to see korea take on such a controversial topic with cults and what i'm assuming to be christianity but i guess with the whole park gun hye...i hope this is as good as it looks!

From Kafka On The Shore?

I mean Colonel Sanders of KFC. But, after I search on Kafka on the Shore, I know I gotta read this book. Thanks!

Hmm... due to Hwarang, I'm used to see flat-faced Seo Yeji, now that she has some expression on her face....it somehow *shrugs* looks creepy especially on the picture when the man touched her face and she was like...gasping in terrify O.O

Oh dear God, the aerial shots....but you're right, it does remind me of that. I don't know if I can watch this because I am absolutely creeped out.

Will wait for this for seo ye ji. Has yet to fail me on acting and visuals hehe

Am I the only one slightly excited for the Taec-Lee David Reunion?

Those teasers send shivers down my spine... I was already planning on watching this show but my interest just went up a few notches, while also leaving me a little bit scared.

These teasers have definitely caught my attention. I'd be down for a good creepy story but I wonder. There are definitely some shows that I always prefer watching when the sun is out, lol. *shiver*

Creepy, indeed! They seemed like such a happy family before, so I'm saddened that this cult will change that. I hope no one in her family dies...?