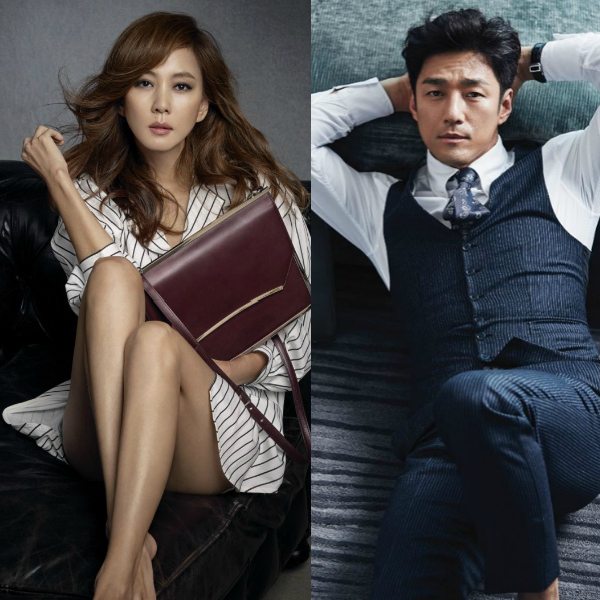 Second To Last Love’s Ji Jin-hee is considering his next project to be Misty, the JTBC drama currently courting Kim Nam-joo (You Who Rolled In Unexpectedly) to headline. According to his agency, he’s received an offer to be the male lead, but nothing has been decided yet. The details on the drama are similarly vague, although it’s described as being in the thriller genre.

If he does confirm, I think a potential love line between his character and Kim Nam-joo’s could be a cute one. It’ll be her first drama after taking a hiatus to focus on her family life since her back-to-back award-winning dramas You Who Rolled In Unexpectedly and Queen of Reversals. Meanwhile, Ji Jin-hee has steadily built up his resumé with diverse projects like extramarital affair drama I Have a Lover and supernatural romance Blood.

I think I liked him best as the quirky middle-aged virgin in slice-of-life rom-com The Man Who Can’t Get Married, although the drama flew under the radar. Despite his earlier success in sageuks Dae Jang Geum and Dong Yi, his recent projects have not received quite the same ratings love from the domestic audience. But hopefully a matchup with the charismatic (and ratings draw) Kim Nam-joo will net him a new success story.

Dearest PD, no problem.
This time you're on JTBC so you won't get 2 episodes cut :)
*shade thrown*

ah, my stitches are open :(

He was beyond amazing in I Have a Lover. As was Kim Hyun-Joo. I do not get a sense of the same level of excellence for this drama.

Yes yes jjh and khj were amazing in I have a lover ! In fact I can't get over that drama! Hmmm not sure if he will take this offer though plus it's jtbc I don't know I'm not feeling it.

I loveeeeed Man Who Can't Marry. It made me realize how precious this actor Is!

Oh, I miss Ji Jin Hee. I did not like "Second To Last Love", so I have not seen him for a quite a while since "I Have A Lover".
So glad that he is joining Kim Nam Joo for her comeback project. Drama better be good cause I could not afford to pass on another drama of my favourite ahjusshi.

I didn't watch 2nd to last love too and yes, we miss him!
I know nothing about Kim Nam Joo but as long as she's good, I'm in.

I watched Second to Last Love mostly for him. Ji Jin Hee = my kinda pretty boy?

Loved him and Kim Hyun Joo in IHAL. Their chemistry was sooo good!

Their chemistry was on point you would think they are actually a pair! I love both of them great and talented actors

I was excited because i read Kim Hyun Joo at first lol! IHAL effects!

Nevermind, Kim Nam Joo is a good choice and hopefully this drama will be a good one! Man Who Can't Marry is my fav treat (and yes because there are Kim So Eun and Yoo ah In too lol).

I still have I have a lover effects to lol :) I really hope to see khj in a new drama soon that would be as good and amazing as I have a lover ,same goes to jjh.love them both

Great pairing! I don't believe I've watched Kim Nam Joo in anything, but heard she's great. And I also loved Ji Jin Hee in The Man Who Can’t Get Married. I'm only slightly disappointed that they're not in a comedy together.

I hope he accepts. Ji Jin Hee is one hot ahjussi!

This is a good match. I can totally see them together.