Ji-soo goes to prison for Bad Guys: City of Evil 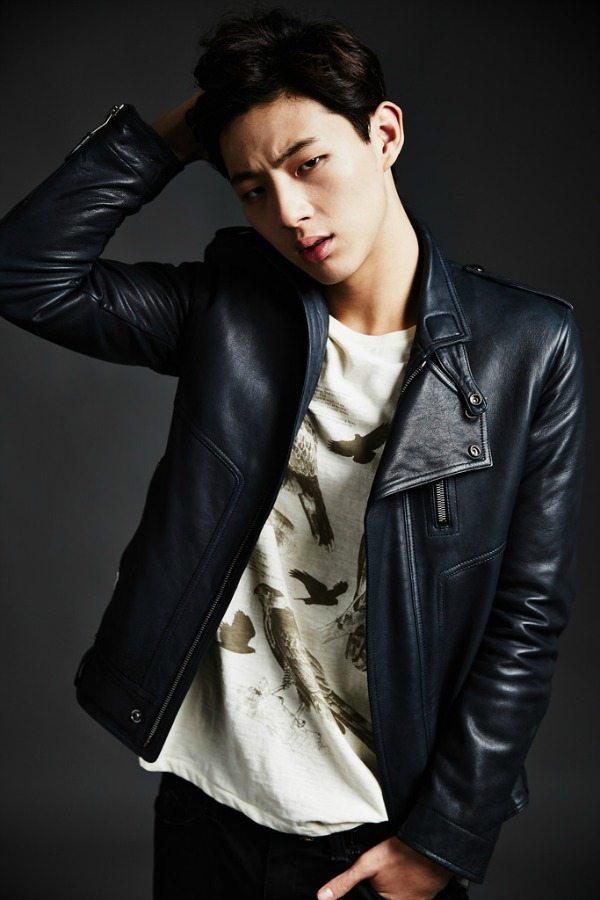 There’s been a casting changeup for the Bad Guys spinoff headed to OCN later this fall: One of the four main actors, Uhm Tae-gu (Maids), had to drop out of the drama due to health reasons, and so Ji-soo (Strong Woman Do Bong-soon) has signed on to replace him. He’ll be joining Park Joong-hoon (Hanji, My Dear Desperado), Joo Jin-mo (Woman With a Suitcase), and his former Goryeo-era brother Kang Haneul (Moon Lovers: Scarlet Heart Ryeo) in the new action thriller.

Bad Guys: City of Evil is the latest from OCN’s PD Han Dong-hwa of Police Unit 38 and writer Han Jung-hoon of Police Unit 38, Bad Guys, and Vampire Prosecutor. The first season featured a ragtag group of convicts brought together by a morally questionable detective who wanted to use bad guys to catch worse guys, and was a big success for the network. In the spinoff, half of the bad guys will be prosecutors—Park Joong-hoon and Kang Haneul—but in true Bad Guys fashion, they’ll be the type to do anything to mete out justice.

Ji-soo will play a man who sacrifices himself in order to save his family, and goes to prison to serve someone else’s sentence. But then he discovers that it was a trap set by the mob from the start, and he’ll undergo a 180-degree transformation and vow to live his life differently. It sounds like a great character with a strong arc, and after playing brawling high school rebels and a homicide detective, I’m sure he’s up to the demands of the action-packed role. For me, it’s just another reason to watch the new season of Bad Guys, especially when he’ll be reuniting with Kang Haneul for more potential bromance.

Bad Guys: City of Evil will air later this year on OCN.

Sounds nice, but what happened with park sung woong? I didn't find anything saying that he confirmed/turned down this project.

I love Jisoo but it's too bad about Uhm Taegu; I hope he feels better soon! Still looking forward to this series given the writer, PD, and cast.

I just finished BAD GUYS this past weekend and I was so sad that the second season wouldn't be a sequel but a spinoff. I WANT MY MAD DOGS BACK!

...But when you cast Ji-soo alongside Kang Haneul, I think I can get behind on that. HAHAHAHA Ji-soo's character sounds amazing and I can already feel myself empathizing. I'm now excited for this!

Agree, mad dogs are the most badass badass in drama.
And also agree for Ji Soo + KHN.

And yes, they were so badass. What is perfection.

Ok... I am glad that JiSoo will be back on my screen... didnt feel that he had much of a role in Strong woman do bong soon...park hyung shik there was the obvious show stealer......

I am totally looking forward to this show of his and yes girlfriday I am itching to see jisoo as the badboy plus the character os good too!!!

I've loved Ji Soo in everything I've seen him in! With him and Kang Haneul in the same drama, please drama gods, I need some bromance!!

I liked season 1 it was very badass and really cool fight scenes. Hopefully this will be as good as season.

If Bad Guys has season 2 may be the hope of Liar Game season 2 will not be too far off. Let me chant a bit more .....

OMG, this is such a great news! I was thinking about Jisoo last night, thinking about when will I hear a news about his new drama or film. Thank you God, for this. I'm so happy!!

Man, I really hope Uhm Tae-gu's illness isn't anything too serious. It's unfortunate that he had to back out of this. I would've liked to see him here, even though I've only ever seen him in Coin Locker Girl, but I did like him there.

As for Ji-soo, I mean, c'mon, it's Ji-soo. Our favorite lovesick puppy. I'm excited for him to take on this role. While I love Ji-soo being in love, I'd love more for him to take on a meaty role like this one. Frankly speaking, I think Ji-soo still has his awkward moments as an actor, especially when he has to act serious, but I can totally see him owning this role and making me FEEL for him, y'know? This'll be good for him.

I agree about Jisoo. I really liked him in Glory Day, so as long as he channels that intensity again, he should do fine.

Well this just jumped my interest waaay up.

They had me with Kang Ha-neul. But with Ji-soo added, this show can't start soon enough for me.

Ji Soo will sacrifice again? Lol
But I soooo love him so bring it on!

As much as I am sad that this show doesnt include the original cast, i am willing to check this out. Ji Soo and Kang Ha Neul together would be a plus!

But his acting is a bit overacted.. I curious how he will act a dark role.

I'm sad that you take away Park Haejin and Jo Donghyuk from me, but what if you offer are Kang Haneul and Jisoo then I'm ready to forgave you.
Can they just air this drama early like, next week?

Hey , with my favorite actors in it, this is a total win!

finally i can see jisoo agaiiiin ?

I love ji soon....I hope its all a success! Fighting!!

I was already on the fence about this what with it being a spin-off, but if Park Sung Woong is out there won't be enough to draw me in.

I hope Uhm Tae Gu’s condition is not serious.

I was already planning to watch Bad Guys. I like Ji Soo so I hope this will be a good experience for him. The character description sounds very gripping too.

Haven't seen Bad Guys (although FYI: It's on US Netflix, everybody!) but I'm liking this cast. Ji-soo has been a bit disappointing for me in his last couple of projects (SWDBS, Moon Lovers) but I'll give him another chance to impress me again. :)

Hmm, I reservations about him in a role like this, but maybe this will finally get him out of second lead puppy territory and have him do something more interesting.

ooh, this is a casting I can get behind. I hope he gets to kick butt and reclaim his life!

Side note:- I wish the original Bad Guys were coming back as well. I'm watching the drama now and they are all kinds of entertaining.

Eh Ji Soo's not all that great in my opinion. He was terrible in Moon Lovers and stiff and awkward in SWDBS. He's good at vulnerable puppy though, so he'll probably do well if this role is anything like his roles in Angry Mom and Sassy Go Go.

I was going to say the same thing but Ji Soo gets so much love around these parts I thought I would get down voted to hell. I loved him in Sassy Go Go, he was so precious. I was indifferent to him in most of Scarlet Heart but I thoroughly disliked him in Strong Woman Do Bong-soon. Aside from his horribly written character, his acting was really bad. It always seemed like he vacillated between trying to hard and waiting for some off-screen cue to remember his lines. I was really disappointed.

He's so awful at acting that I can't put in words how bad he is. A terrible, terrible actor imo. But looking at the comments here, I think I better shut it.

Glad that Jisoo has been given this opportunity. Hope he can make use of this meaty role and continue to hone his skills. Excited for the reunion with KHN!!

I feel like it's been awhile since I've seen him in anything, knowing Ji-soo he will definitely nail the role.

I hate to break it to you guys but Kang Ha Neul had to drop from the drama. His military service is coming and the production couldn't arrange the schedule around it :'(
I'm so heartbroken!

You can send Kim Sang-Jung my way anyday!!! Can't wait for BG 2!. Hope they will stream on Netflix.
>